Four years before NASCAR brought down the confederate flag this week, Curtis Walls went Uptown to protest the police shooting of Keith Scott. In his day job then, Walls changed tires on the pit team for Chip Ganassi Racing, making him a Black man in a sport that’s mostly white.

That September week, a few of his coworkers learned of his participation in the protests and brought it up to Ganassi management.

But Walls, an East Mecklenburg High and North Carolina A&T graduate, had already told the team leaders what he planned to do, and why.

“No matter where I work, I’m going to be true to who I go home to,” says Walls, who’s now a father of two. “I have to be able to wake up when my son is a grown man, to be able to look him in the face and say, ‘This is what I did to give you a better life.’”

The Ganassi leadership team stood by Walls that week, and it’s something he won’t forget.

NASCAR made a hell of a move on Wednesday when it announced it would ban the confederate flag at its races. The flag has been a standard decoration in tailgate lots and infields for decades, waving high over campers, deterring  countless potential fans in the process. NASCAR’s release was clear and concise, and drew praise from all over — and criticism, too, of course.

“It was one of those things where you sit back and said, ‘Alright. Alright. I see you. I see you, NASCAR,’” he says. “That was the game-changer. Now that’s action. That’s a level of pushback. That is greatly appreciated. That resonated. We are at the point where it’s not enough to talk.”

Walls doesn’t change tires anymore. He’s a full-time performance and fitness coach who works with drivers and teams on a contract basis. Walls is in charge of their physical condition and making sure they’re in shape, week in and out. Among the teams he’s worked with in recent years is Bubba Wallace’s pit crew. Wallace, a Black driver, was the star of this NASCAR week, taking his Black Lives Matter ’round and ’round on Wednesday night, just hours after the statement on the flag ban.

To many, the flag announcement might seem like an easy, ride-the-tide decision made during a Black Lives Matter movement that’s growing in size and popularity. But it’s also true that it’s a product of the years-long buildup of little moments like the one with Walls and his former team at Ganassi. Conversations and understanding. In fact, he says he’s not even angry with the former teammates who “reported” him for protesting.

“In hindsight it’s not that they didn’t agree with it; they just didn’t understand it,” he says.

I met Walls three years ago at a discussion organized by Opera Carolina. He was sitting at the corner of a long table, and I was at the other. About 20 other people were there with us, including a university president, the opera’s maestro, and several nonprofit leaders in Charlotte.

Every time Walls talked, we all listened. For one he’s built like a statue; he trains his racing athletes in the gym at his house he calls “the dungeon.” But more than that he’s a natural leader.

Afterward, when he told me he worked in NASCAR, I must’ve given a surprised look, because he said, “Yep.”

“All my Black friends in NASCAR hear it a million times,” he says. “People say, ‘I never even knew a Black person worked in NASCAR.’”

(NASCAR, he points out, actually has a diversity program that recruits people of color out of college, and another that brings in interns each year.) 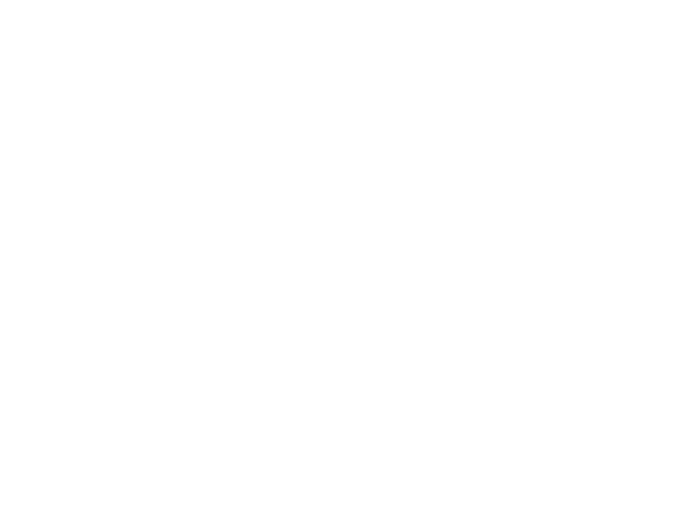 Curtis Walls and Tyler Reddick after they won the Xfinity championship. (Courtesy of Curtis Walls)

There are expected questions this week about what’s symbolic and what may actually lead to real change: the Black Lives Matter installation in big letters on Tryon Street, Wallace’s BLM car. How much will they be worth, long-term? And what of the removal of the Jerry Richardson statue, said to be for protesters’ safety, outside of Bank of America Stadium?

The only way gestures become anything more than that is if they withstand the inevitable backlash. Throughout history, each big movement toward equity has been met with an opposite reaction.

Here’s one local example from the local sports world:

In 1965, the best football player around was Jimmie Lee Kirkpatrick. He was a Black teenager who’d grown up in Grier Heights and attended Second Ward High School, the all-Black school, before transferring to Myers Park. He scored 19 touchdowns as a Mustang in his senior year and led the team to an undefeated 1965 season. But he was left out of the annual all-star game between North Carolina and South Carolina because of his skin color.

Civil rights attorney Julius Chambers sued. On November 19, 1965, a judge gave a mixed ruling: Kirkpatrick would still be banned from the game, but officials were required to desegregate the contest in future years. It was the smallest symbolic step toward progress that a sport could make, and still it ticked off racists.

Three nights later, they firebombed four houses, including Chambers’. If you want to go see one, the home of Civil Rights activist Reginald Hawkins, it’s still there in McCrorey Heights, about a mile from where protests on Beatties Ford Road started two weeks ago.

While Charlotte’s leaders denounced the bombings publicly the next day, their commitment to ending racism stopped well short of success. In his book The Dream Long Deferred (required reading for anyone who wants a deeper understanding of race in Charlotte), Frye Gaillard writes that the white supremacists who bombed the homes, “understood something else as well. Many whites, many thousands in fact, who lacked the boldness, the commitment, or the final edge of meanness to experiment with dynamite shared, nevertheless, a night rider’s rage at the gathering black momentum.”

History tells us we should watch for it. Current comments say so, too. All you have to do is read some of the responses to NASCAR’s announcement to know that an opposition to the movement is bubbling.

Tyler Reddick, the two-time Xfinity series champion driver who just moved up to the big series, was among the first to come out and show support for the movement. Walls has worked with Reddick for years, so he watched the feedback closely. Most of it was positive, but the negative stuff was disheartening.

Still, Walls says, sometimes standing by what’s right is more important than what people say about it.

“I know for a fact that he did that because he wanted to do that,” Walls says. “He didn’t ask anybody what they thought the reaction would be. He did it. And he did it as a rookie, who really doesn’t even have a name yet.” 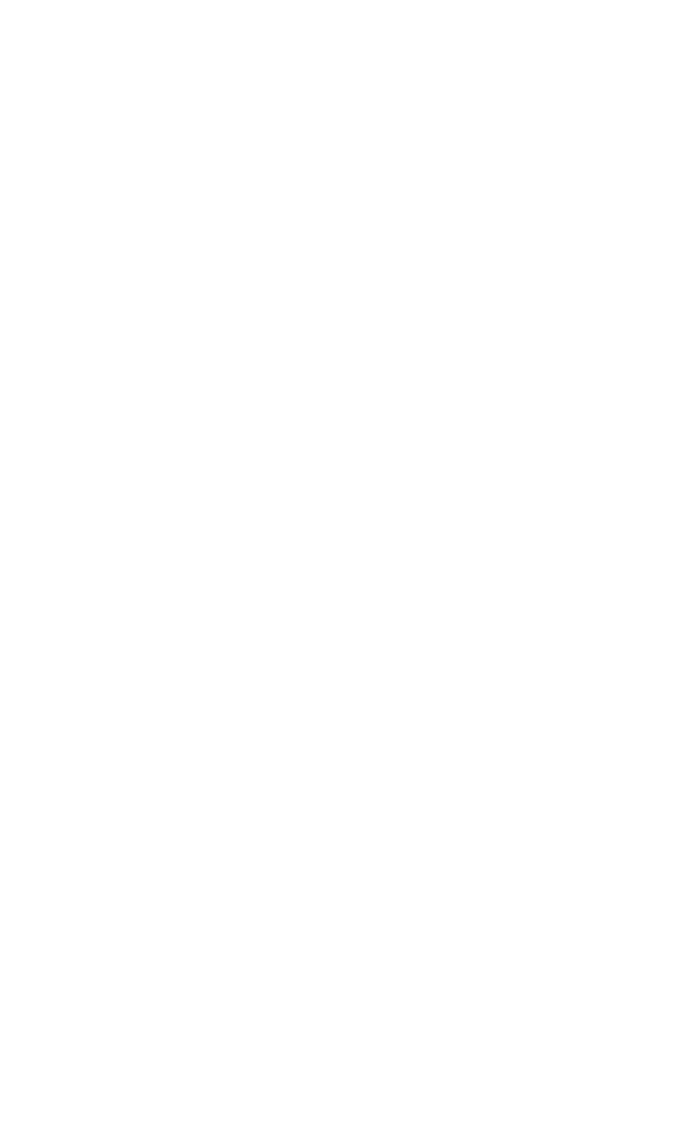 One of Walls’s proudest accomplishments in his six years in the sport is that he’s been part of some of the most diverse teams in racing — first with Ganassi, and then with Richard Childress Racing.

For many years, the argument against entering the flag debate was that NASCAR would lose its old fans. On Wednesday night, with Wallace’s BLM car rolling around the track, social media lit up with Black people saying they might have to check out their first race.

Walls smiles when he thinks of that. To him, the banning of the flag means something more than just a piece of cloth that has to stay inside a camper rather than flapping high above one. It means one day soon, he may not have to brace for reactions from friends and family when he says he works in the sport. It means that one day soon, he might see more people who look like him in the stands.

“NASCAR has let us know with their actions that they’re genuinely trying to tap into our space. It’s going to be an uphill battle for them. But hell, it’s an uphill battled for us,” he says. “Where that goes from here, only time will tell. But I guess that’s true of America in general now.”

Counter-, a new tasting menu restaurant out to ‘shock’ your tastebuds, opens Wednesday

by Paige Hopkins
Most Read
1
SouthPark shift: After calls to protest, the mall will keep No Grease
2
See inside: The most expensive home in Charlotte, built for late Mattel CEO
3
Special report: The last days of “Tent City”
4
Model Olivia Culpo on life in Charlotte with Panthers’ CMC
5
The 4 best barbecue spots in Charlotte — plus 4 more worth the drive
Most Recent Open Jobs