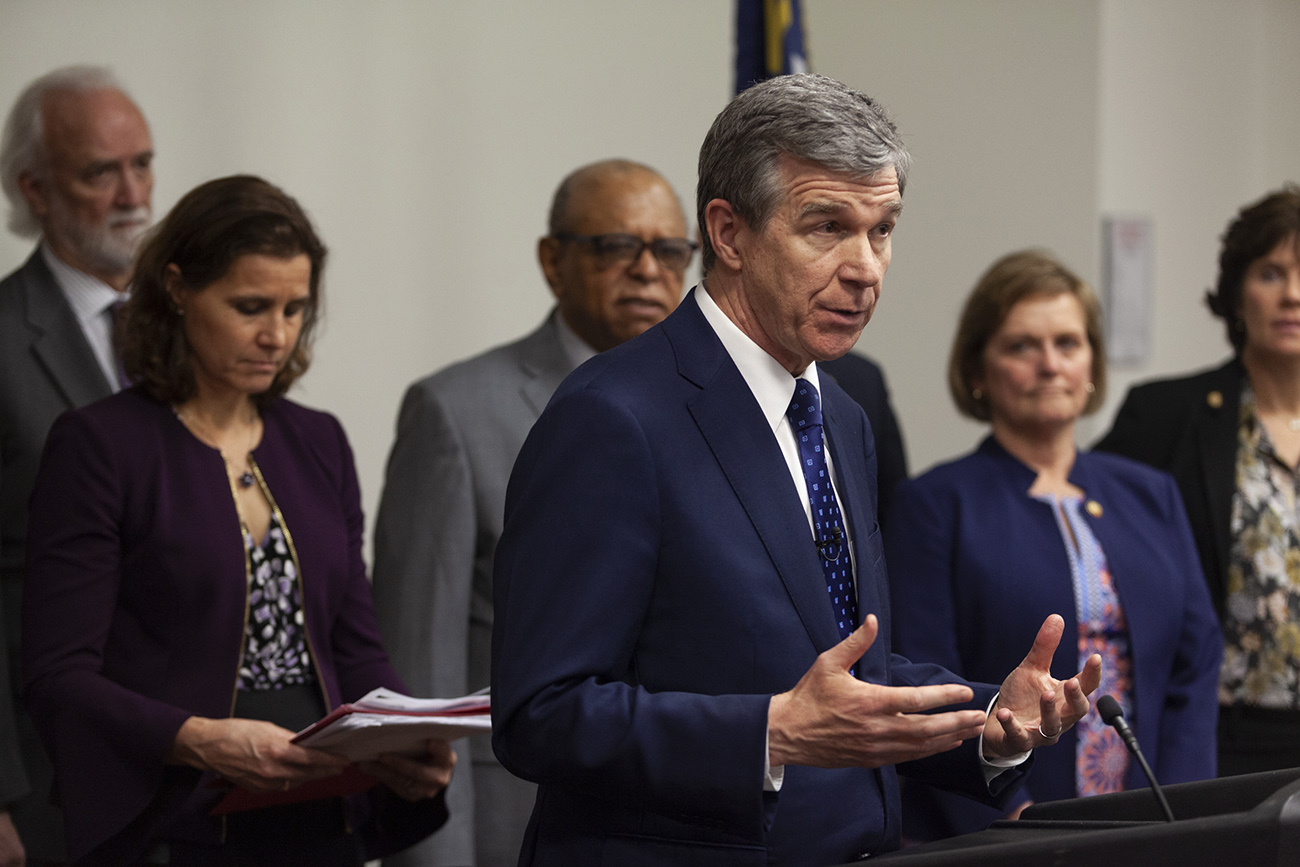 Since North Carolina began requiring businesses to cease or limit operations because of coronavirus, an increasing number of people and industries have taken legal action against Governor Roy Cooper, from gym operators to churches to strip clubs.

Around the state, local businesses are experiencing significant declines in revenue. Already in Charlotte, small businesses — Summit Room and Carpe Diem, for instance — have closed. Others are taking legal action.

The basis for many of these lawsuits is similar: The right to work is protected in North Carolina’s constitution, says attorney Chuck Kitchen, who is representing plaintiffs in four cases against Cooper.

Currently, North Carolina is in phase two of reopening. During this phase, certain businesses like malls and restaurants can operate at a limited capacity. But others — including gyms and bars — can’t. They want to be able to open before the next phase, which could be June 26. Phase two also limits the capacity on outdoor gatherings to 25, and indoor gatherings to 10.

The legal battles with Cooper’s office underscore the mounting financial pressure businesses are feeling amid coronavirus-related closures and restrictions.

The pandemic and recession it caused require a delicate balance of managing public health and economic well-being. But those two sides are naturally at odds with one another, says Michael Bitzer, a political science professor at Catawba College.

Of course, many people care about public health and the economy at the same time, but nuance is difficult to communicate in today’s hyper-partisan environment.

“This is just the political divide that we’re in. This issue with COVID-19 has just made it even more apparent, the gulf between the two parties,” Bitzer says.

As legal battles against Cooper mount, coronavirus metrics in North Carolina continue to worry health officials. The number of new cases keeps rising, as do hospitalizations. Cooper’s office did not respond to a request for comment.

As restrictions remain in place, Kitchen expects more businesses to take legal action to push to reopen. On top of that, Kitchen says, there’s a growing concern among businesses that have reopened that they may have to shut down again, if coronavirus trends continue to get worse.

Here’s a look at some of the groups engaged in legal battles with the governor because of coronavirus:

Last month, a group of North Carolina gym owners filed a lawsuit against Cooper, arguing that his executive order infringed on their constitutional rights. This week, a judge in Wake County denied the group’s request for a temporary restraining order that would have allowed them to reopen.

James Gale, the judge, will allow the gym owners to submit additional evidence for a preliminary injunction hearing, the Raleigh News & Observer reports. The judge hasn’t set a hearing date.

Hive Fitness of Charlotte is one of the gyms involved in the lawsuit. In an email, co-owner Josiah Boling said that gyms and fitness studios have the right to work.

“We unequivocally believe that inalienable rights cannot be taken by the government,” Boling says.

Furthermore, it makes little sense to Boling why some businesses around the state can operate while gyms, which provide known health benefits, cannot. For instance, liquor stores and vape shops are currently open.

“The governor has claimed that his decisions are based on science but failed to provide such science to support his orders,” Boling says. “Does such science show that keeping the state owned ABC open as a way to improve the health of North Carolinians?”

Several gyms across the state defied the order by reopening, however. In a late May press conference, Cooper called their behavior “dangerous and reckless activity.”

But, he said, “I’m pleased that most businesses are acting responsibly and are doing what they’re supposed to do.”

In late May, nearly 30 strip clubs in seven North Carolina counties, including Leather & Lace on South Boulevard, filed a lawsuit against Cooper, challenging Executive Order 141, which spells out which businesses can operate in phase two. Along with gyms, strip clubs are not included.

The order, attorneys for the clubs argued, violates their “constitutional rights to equal protection, free speech and due process,” the N&O wrote last week. The attorneys argued that the state could not allow restaurants and breweries to reopen, and not entertainment venues.

Citing the difficulty of social distancing last week, Judge Louise Wood Flanagan denied the clubs’ request for a temporary restraining order against Cooper. The TRO would have allowed them to resume operations.

Technically, the state is suing Ace and its owners, father-and-son duo Robert and Jason Turner, and has ordered it to shut down immediately. The small raceway in Alamance County made headlines for allowing thousands of fans to cram into its stands at multiple races in recent weeks. Ace is now fighting the state’s limit on mass gatherings, which is currently 25 people outside; 10 inside.

“I don’t think anybody takes delight in having a business not being able to have people to come to their establishment,” Superior Court Judge Tom Lambeth told the AP. The judge scheduled the next hearing for June 19.

Over the weekend, a crew member from one of the teams that participated in a recent race at Ace tested positive for COVID-19, according to multiple reports.

Last month, a Raleigh trampoline park filed a lawsuit against the state, seeking damages for having to close.

Hickory axe-throwing bar Patriot Axe Throwing is suing the state for damages. Owner Michael Pastelak estimates he has lost $55,000 since the state ordered his business to close in March. The lawsuit argues that governors should not have “unchecked and unbridled” power over businesses’ operations.

Earlier this month, the North Carolina Bar and Tavern Association filed a lawsuit against the state on behalf of 185 bars across the state. Bars ought to be able to reopen under the same safety guidelines as breweries and restaurants, the suit argues. It is seeking a temporary restraining order against the state.

“Despite our numerous requests, the governor’s office has offered no science or data showing that having a drink in a private bar is more dangerous than having a drink in a brewery bar, distillery bar, or even a restaurant bar,” association president Zack Medford told WECT, an NBC-affiliated TV station in Wilmington.

In May, a group of conservative Christian leaders filed suit against Cooper for his limits on indoor mass gatherings. The faith leaders argued that Cooper’s order in phase one violates their First Amendment freedom of religion.

A few days later, a judge ruled in favor of churches, which meant they could resume indoor worship services. Cooper did not appeal.

“The Governor appears to trust citizens to perform non-religious activities indoors … but does not trust them to do the same when they worship together indoors,” Judge James C. Dever III said in his ruling.

The case the media filed against the state is much different from the others and stems from issues over transparency. In late May, a media coalition sued Cooper and two of his Cabinet secretaries, DHHS secretary Dr. Mandy Cohen and Erik Hooks, secretary of the Department of Public Safety, for failing to turn over public records related to coronavirus. The coalition comprises more than two dozen media outlets across the state, including WBTV and the Charlotte Observer.

According to the coalition’s suit, more than two dozen records were outstanding, including the state’s database of COVID-19 cases, with personal identifying information removed, and communication between health officials.

Cooper has told reporters that his office is committed to transparency, and that state employees have been “stretched thin” during the pandemic. 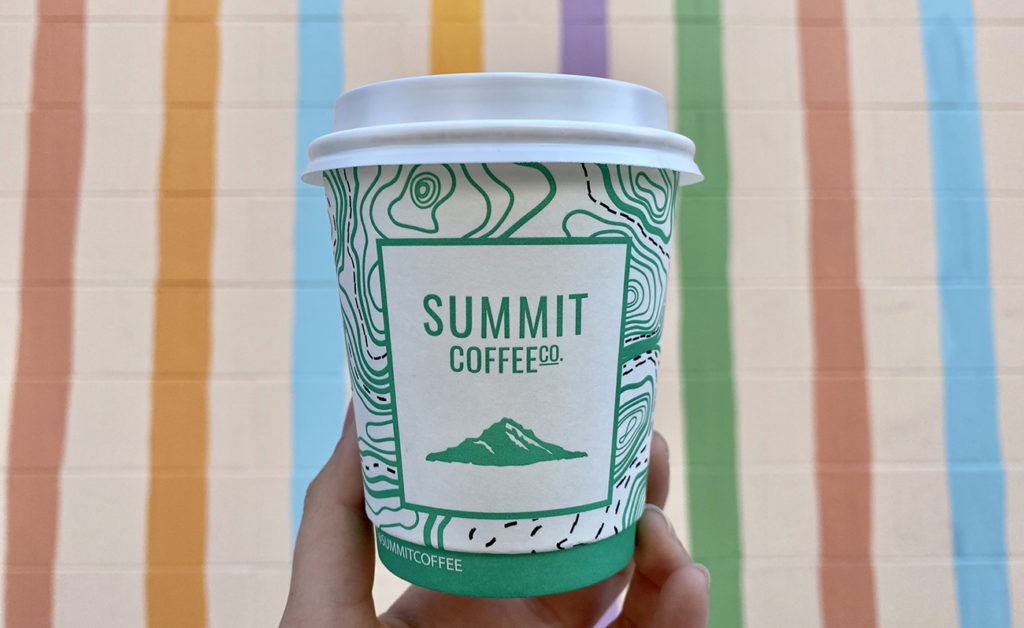