What are those mossy huts in Myers Park? 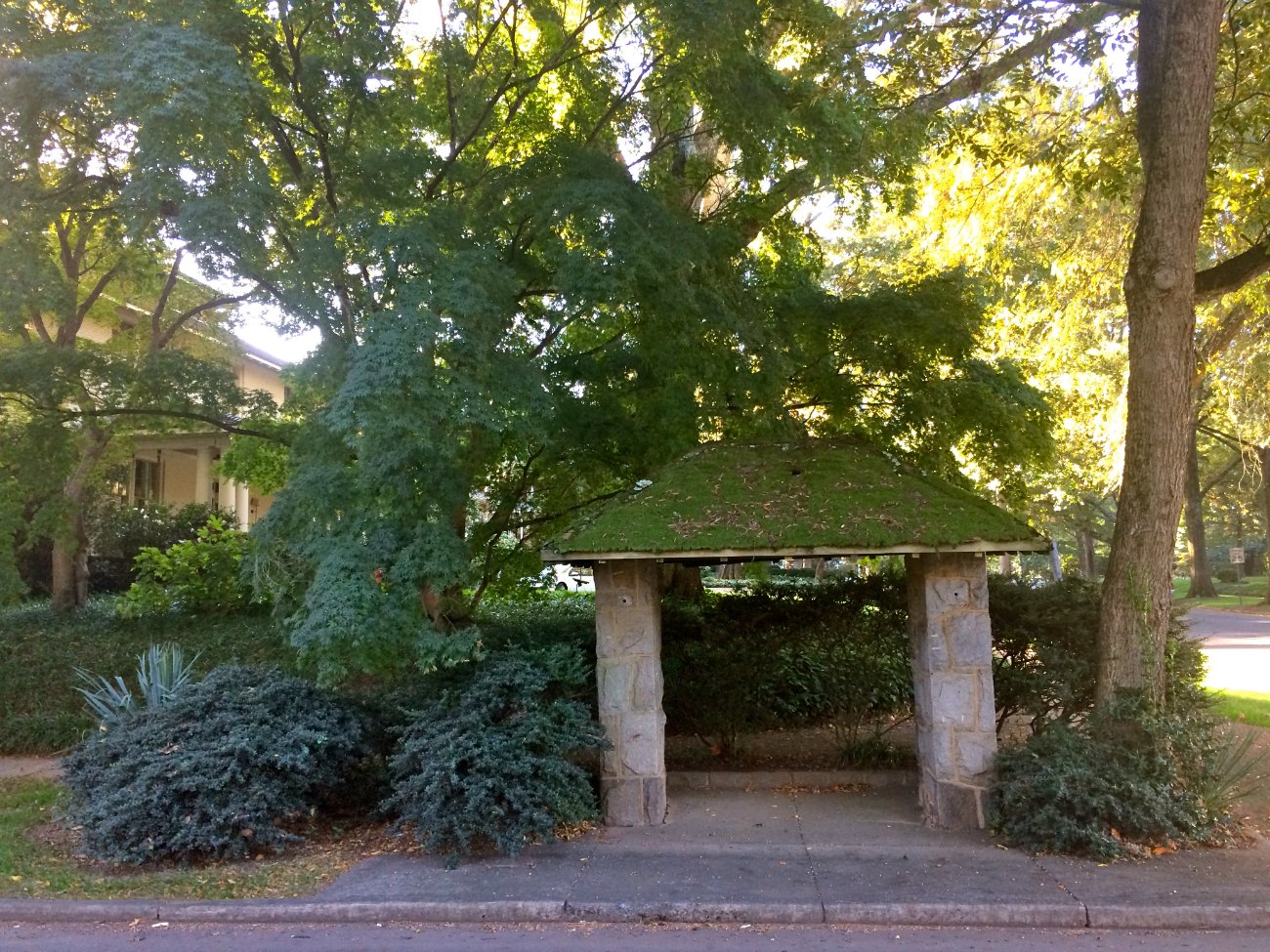 Charlotte was a streetcar city long before the current Gold Lynx trolley rolled onto the tracks on Elizabeth Avenue. The original horsedrawn streetcar system was unveiled in January 1887 with an upgraded electric system added in 1891. The system continued to expand throughout the turn of the 20th century, adding a line to Fourth Ward in September 1900 and another to First Ward in May 1901. On December 13, 1902 a line from the intersection of East Avenue (now E. Trade) & McDowell down Elizabeth Avenue to Elizabeth College (now the site of Novant Health Presbyterian Hospital) was opened. That is where the current Phase 1 Gold Lynx line runs now.

Today, all that remains of Charlotte’s original streetcar system are three waiting stations constructed in 1912 for the expansion of a line into Myers Park, which at the time was a new residential suburb to be built on a 1,200-acre farm owned by Jack Myers. According to the Charlotte-Mecklenburg Historic Landmarks Commission, the Myers Park streetcar main entrance gate and waiting stations were constructed using granite from Winnsboro, SC and “typified the elegance of Myers Park.” At the time of construction, the Charlotte Observer stated, “The expenditure of money which the Stephens Company is putting into the feature, largely ornamental, is an illustration of the care which is being taken to secure artistic finish in every detail.” You will find two original waiting stations at the intersection of 4th and Queens and the third at the corner of Hermitage and Queens. They are designated historic sites. Physically, the waiting stations aren’t all that impressive anymore, but they represent something much bigger – new technology’s promise of a better, more efficient life, the feverish rush to embrace it, its slow but certain disappearance in the face of even better options and its unexpected resurgence a century after it first surfaced. If history repeats itself, as it has here with Charlotte’s renewed interest in the trolley system, what will still be standing a hundred years from now?