Coronavirus dealt an $8 million blow to mass transit in Charlotte. Can it bounce back? 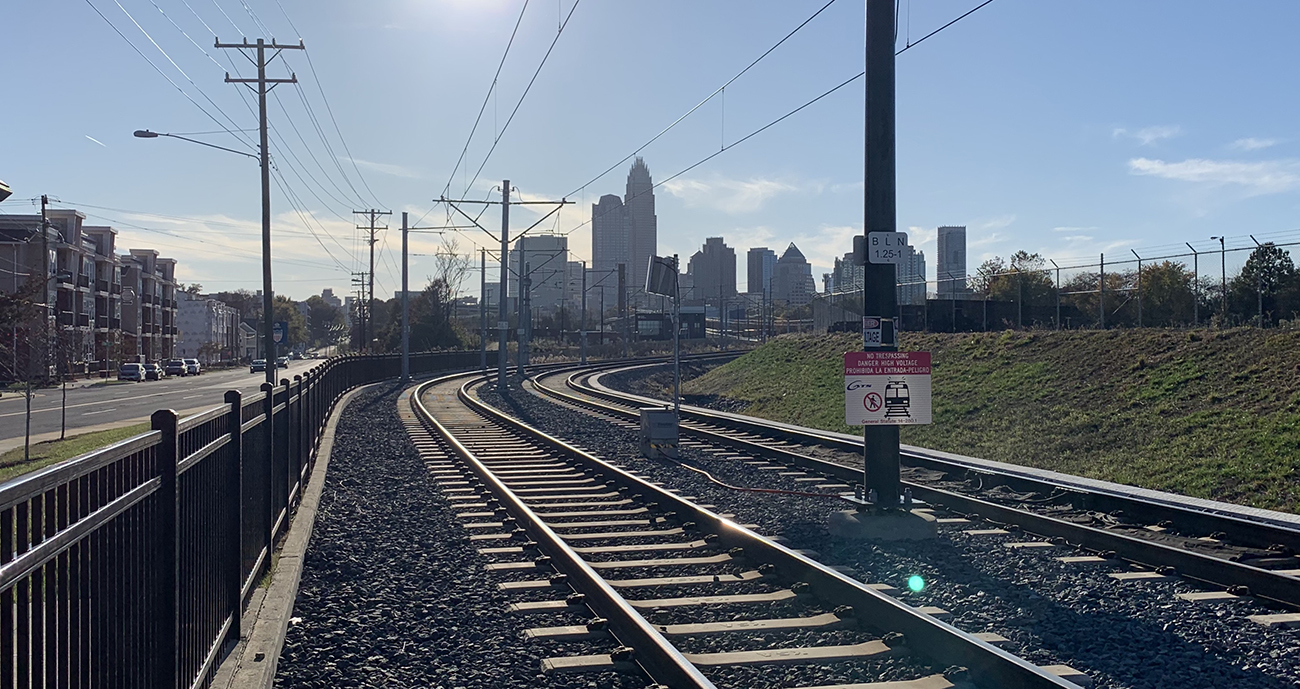 This was supposed to be another big year for bolstering Charlotte’s public transportation system.

A few months ago, city council members voted to begin planning the next phase of the light rail, the Silver Line, the east-west train that’ll run from Gaston County all the way down to Matthews. Charlotte is also overhauling the bus system that promises to cut down wait times and add new buses. Two and a half additional miles of streetcar in either direction from the original line are currently under construction. And in what’s sure to cause a celebration far and wide, part of that streetcar project includes reopening the Hawthorne Lane bridge over Independence Boulevard in Elizabeth.

Then, the coronavirus outbreak began. It triggered a 67 percent plunge in public transit ridership in Charlotte in April. The Blue Line, the light rail that had been growing in ridership and spurring development in areas like South End and NoDa, saw ridership fall 73.3 percent.

With the fall in ridership came a fall in revenue, raising questions about how a growing city will manage to expand its mass transit system.

On top of that, we don’t know when it’ll be safe again to pack into buses and trains.

Charlotte Area Transit System (CATS) anticipates a drop of $7.9 million in fare revenue across light rail, buses, and rapid transit this year. Part of that stems from the fact that back in March, the system made all rides free. Passengers can continue to ride for free until June 8.

In a recent report, the Metropolitan Transit Commission said that it will take “several months, if not years,” to recover from coronavirus-related revenue declines and to return to economic normalization.

“It’s certainly a setback when you don’t have the revenue to support the existing system,” Charlotte Mayor Vi Lyles tells the Agenda.

“It’s a setback and it’s slowing us down, but it’s not stopping us.”

Lyles has long championed investment in public transportation. In fact, it’s a significant reason she wanted to run for mayor in the first place.

Years ago, before she even ran for city council, Lyles spoke with a Charlotte man who told her he was in danger of losing his job because the bus he took to work was never consistent, making him late from time to time.

“When you start hearing those kinds of things, you can’t help but think what that really means. If someone loses their job, they lose their income and it puts them in a very difficult place,” Lyles says. “Transportation is a great leveler.”

Today, Lyles considers investment in public transit among her “top three” most pressing issues in addressing the city’s economic inequality. The other two, she says, are affordable housing and public safety.

Earlier this year, she put together the Charlotte Moves Task Force. Former Mayor Harvey Gantt leads the 25-member group, which recommends transit improvements for the city. 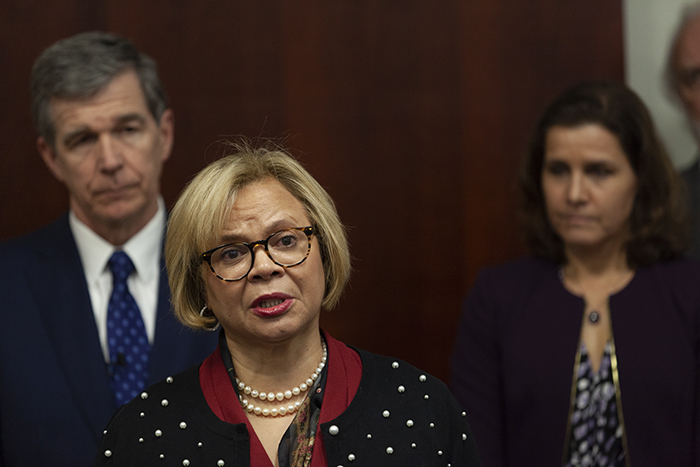 Charlotte mayors have a history of leading a big transportation move. One of Pat McCrory’s signature accomplishments as mayor was opening the Blue Line from Uptown to south Charlotte. Then his successor, Anthony Foxx, secured the Gold Line streetcar. McCrory went on to become governor; Foxx went on to Washington to take the job as transportation secretary under President Barack Obama in 2013.

The Blue Line extension to UNC Charlotte opened in 2018, and developers promptly swept up land close to the light rail in fast-growing areas like South End and NoDa.

Charlotte’s bus system was private up until the 1970s, when the CATS predecessor, Charlotte Transit System, was born.

In 1976, the city ran a promotional campaign to show off the system’s improvements, like its newly painted green-and-blue painted buses. Mayor John Belk was among the city officials in attendance for the unveiling of the campaign, which had the slogan “Ride ’em, Charlotte.”

A 1976 Charlotte Observer ad for the new system boasted of 34 brand-new buses to replace the old ones. “And they’ll be driving their way into your hearts by the fall of ’77,” the ad read.

Today, ideally, a city the size of Charlotte should have a public transportation system that’s accessible and workable for everyone. Someone who lives on the east side of town, for instance, should be able to take a bus that gets them to work Uptown in a timely and predictable fashion.

A packed bus, a light-rail train with standing room only, and a noisy streetcar are all signs that city transit is in demand. But in this age of social distancing, those are exactly the scenarios we’re told to avoid.

When Charlotte saw its first coronavirus case in March, CATS opted to temporarily reduce bus and light rail schedules. To space people out, CATS officials reduced capacity on buses and trains by marking off certain seats with an “X.” They also removed some seats from buses altogether. They placed markers on the floor to encourage people to stay six feet away from one another, too.

The goal is to have no more than 20 people onboard a bus at a time, CATS CEO John Lewis said in an April meeting.

In an interview last week, Lewis said that in the past, he would have measured the effectiveness of his role as a transit leader by how many people the city’s transit system could move in a given day.

Now, it’s not clear when buses, trains, and streetcars can bounce back. CATS is relying on recommendations from the CDC and North Carolina’s Department of Health and Human Services to make that call, Lewis says.

“The hard part is trying to anticipate the cultural and societal changes,” Lewis says of the impact of coronavirus.

“Will people be ready for that kind of close-confine mobility? We will see. I think if the medical and health questions are answered quickly and to everyone’s satisfaction, then I think that people will continue to see the other benefits that mass transit holds in terms of efficiency, of movement, and also of cost effectiveness.”

For CATS employees, the outbreak has significantly altered day-to-day operations, too. Workers are now sanitizing buses and trains multiple times throughout the day. They’re wearing surgical masks and gloves, and they’re encouraging riders to maintain distance from each other.

CATS hasn’t laid any of its more than 400 employees off, Lewis says, nor has it instituted pay cuts or furloughs. (The North Carolina Department of Transportation, on the other hand, laid off hundreds of workers and delayed the start of dozens of major projects because of the big drop in tax revenue the pandemic caused.)

But to date, six CATS staffers have tested positive for COVID-19, a byproduct of front-line work during a pandemic. No employees have died, Lewis says.

The future for Charlotte transportation could evolve because of changing office habits. As companies learn to operate remotely, post-pandemic life may include more remote work and less commuting.

But he’s never seen a drop in ridership this steep, never have we navigated our public transportation system in the wake of a pandemic.

“I think the number of people commuting everyday is going to be less than it has been. Businesses are adjusting their profile as a result of this. We’ll see. God only knows how this is going to shake itself out,” Tober says.

As for the Silver Line project, Tober says it’ll be harder to complete with the hurdles COVID-19 has created, but ultimately can still be done.

The city is still figuring how how to pay for the project, but it could resemble the funding structure of the Blue Line. For that project, the federal government covered 50 percent, the state paid for 25 percent and the local government pitched in 25 percent.

“It’s going to make it more problematic,” Tober says. “They can probably still get it built by 2030, if the engineering is advanced and they get the funding.”

Lewis, the current CATS CEO, says he’s also optimistic about the future of big projects like the Silver Line.

But uncertainty remains about other projects, like the upgrading of the bus system.

Charlotte’s bus system was designed as a hub-and-spoke model, meaning bus routes connect at a central hub in the city center. In 2018, the city began scrapping that model in favor of more direct routes. It’s testing dedicated bus lanes, too, including one on 4th Street between McDowell and the transit center. That’ll become permanent, Lewis says, and the city will study future bus-only lanes.

The city will also need to soon replace buses, some of which are over 13 years old and belch black smoke. Lewis wants to transition away from those to more energy-efficient vehicles. Problem is, they cost twice as much as traditional diesel buses and can run up to $1 million each.

“In order to replace our fleet, that is a significant financial outlay,” Lewis says. “How do we continue to fund the expansion of our system? The funding question remains out there.” 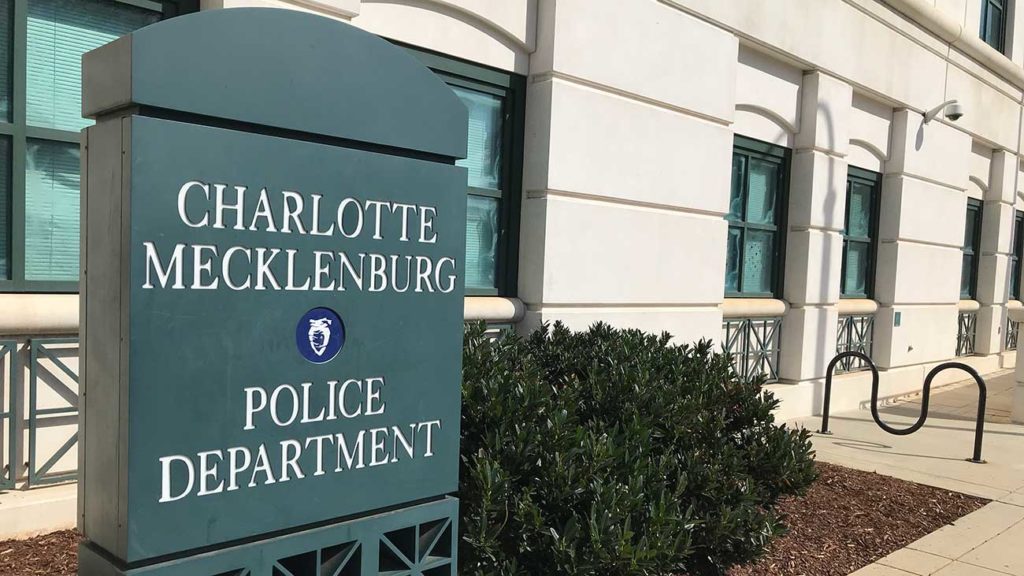 Op-Ed: CMPD accounts for 40.4% of Charlotte’s proposed budget. Here’s the case for reallocating money to other services

by Justin Perry
Most Read
1
Kid Cashew on East Boulevard sets its opening for mid-January
2
Hello Friday. Charlotte Recycling Plant.
3
Starbucks on East Blvd will start to serve wine after renovations
4
Bleu Barn Bistro takes food from farm to food truck
5
May I smell your beer? 26 days without drinking
Most Recent Open Jobs