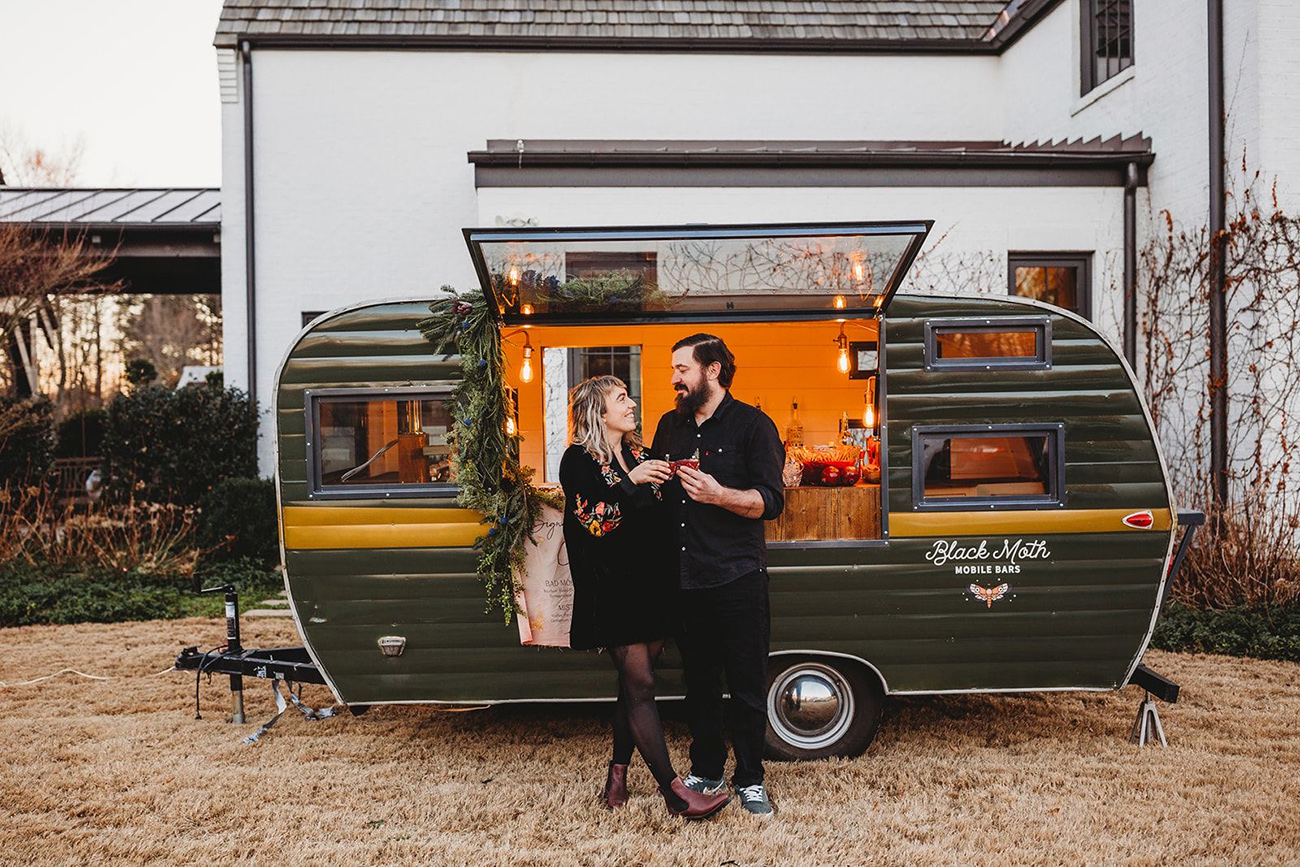 Mobile bartending company Black Moth Bars will find a permanent home at Camp North End. Owners hope to open late next month or once bars are allowed to reopen.

Black Moth Bars prides itself on using locally sourced ingredients. Each of the six cocktails it will offer during Friday Nights at Camp North End will use spirits made in North Carolina.

“You can definitely taste a difference between a bottle of lemon juice you order from Sysco or if you fresh-press those lemons that morning, it’s night and day,” she says.

Before the move to Camp North End, Black Moth made custom drinks for events and weddings. But not the basic gin and tonic or Jack and Coke, its drinks are always different and inspired by the couple or event.

“It’ll be nice instead of us going to people, people can come to us. So it’ll be a different concept for us,” she says. 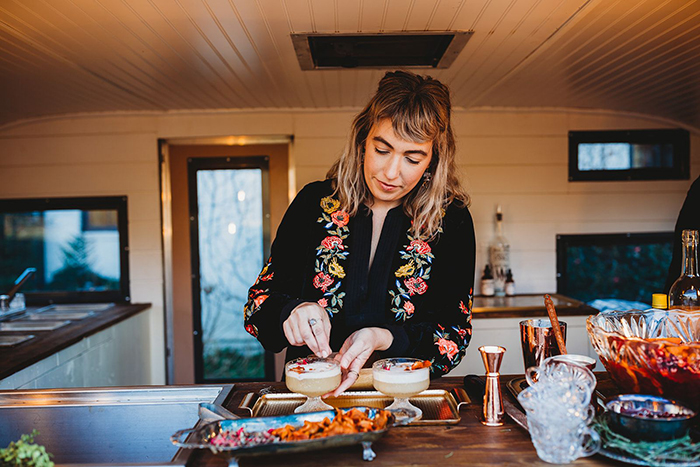 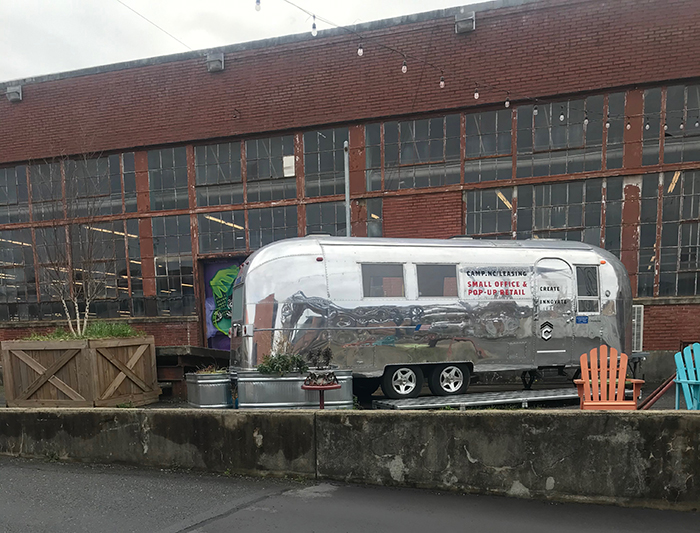 Black Moth Bars’ Airstream at Camp North End will be ready to open late next month or whenever bars are able to open.

As a nod to its roots as a mobile business, Black Moth Bars will set up in an Airstream camper in the Boileryard at Camp North End.

The renovated camper will also have a large outdoor patio area with socially-distanced seating for guests.

“I just really envision on Friday nights you have the band playing and people walking around and you can just pop into this super cute Airstream and kind of just take you back in time and slow down,” Hopkins says.

Starting something new during the pandemic is intimidating, she says. But the company is doing its best to adjust.

“It’s definitely been walking on eggshells,” she says. “We just want to make sure we’re doing everything we can to make everyone feel comfortable and safe.”

While restaurants and salons can reopen starting Friday at 5 p.m. under phase two, bars cannot. North Carolina will be in phase two until at least June 26. Black Moth Bars’s owners hope to be able to open soon after.

Once the bar does have its Camp North End debut, it’ll donate a portion of proceeds to Piedmont Culinary Guild, a nonprofit that supports the culinary and agricultural communities in North and South Carolina.

“When we were thinking about it, with everything going on right now especially, how can we give back to the community when it’s being hit so hard?” she says. “They (the Piedmont Culinary Guild) were the no-brainer option.” 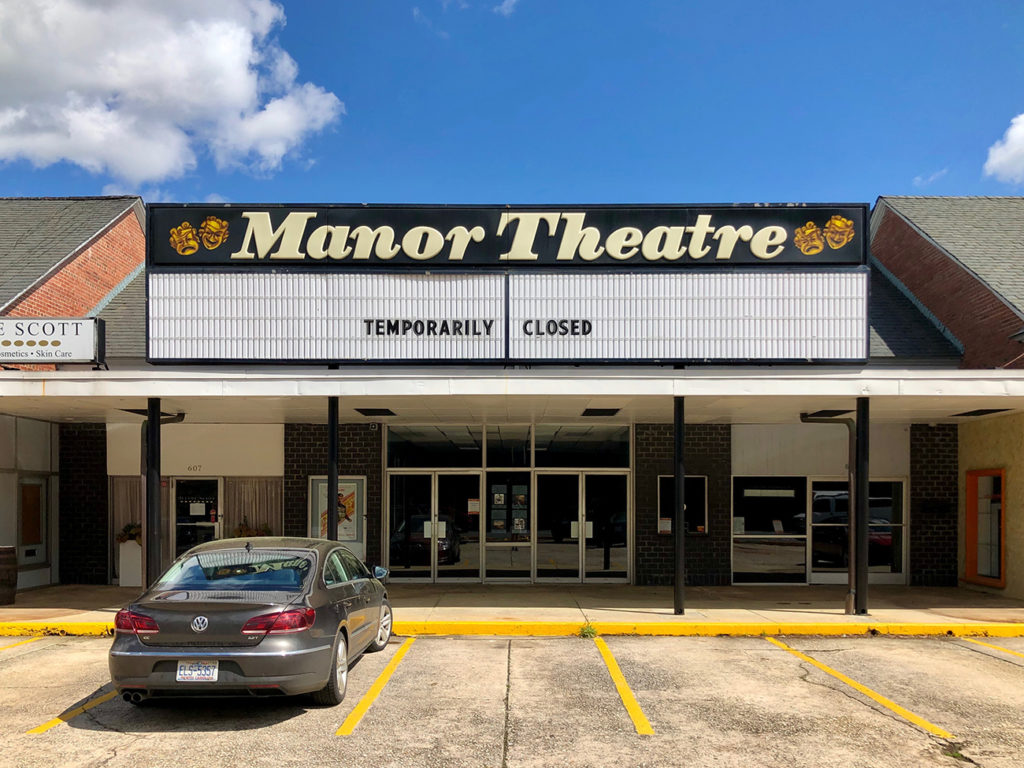