Restaurants can reopen, but will the diners return? 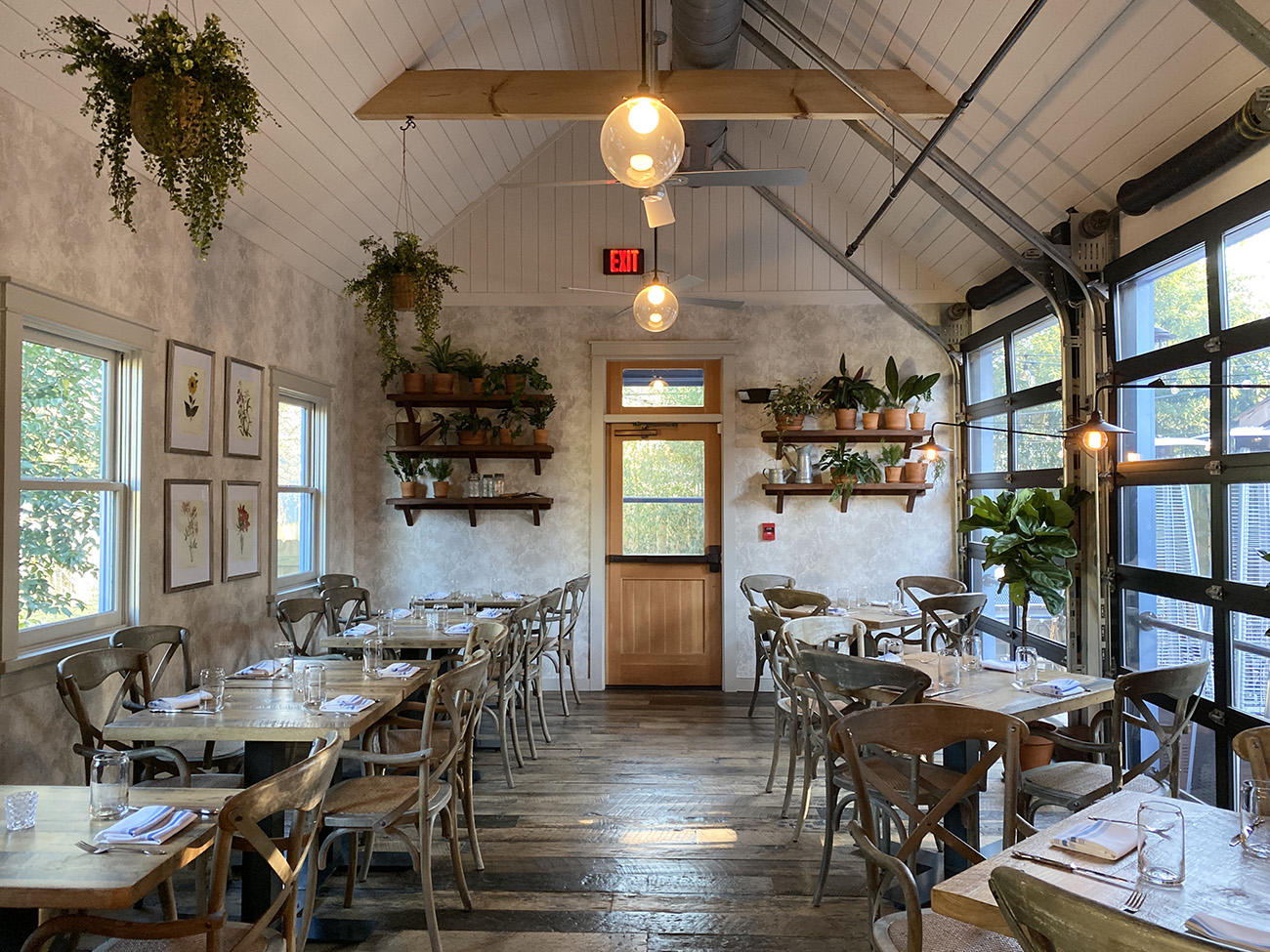 Every week for the past nine weeks, Rare Roots Hospitality restauranteur Jon Dressler has sent a company-wide email with status updates on the restaurant group’s five restaurants.

In these emails, Dressler didn’t try to make predictions about when the restaurants could reopen for dine-in customers after their closure in March due to coronavirus. Just the facts, he says.

Each email ended with the same line: “Every day we’re apart is one day closer to getting the band back together.”

After Governor Roy Cooper’s announcement that North Carolina would move into phase two of the gradual reopening plan, Dressler typed up an email to the team of about 240.

“It’s time to get the band back together,” he wrote.

Reopening restaurants is something folks like Dressler have anticipated for weeks, and it only became real about 48 hours ago.

Restaurants have completely redone seating charts to fit the state’s 50 percent capacity requirement and to keep tables at least six feet apart. They’ve hidden away extra tables on loading docks or used them as buffer tables. At many restaurants, servers, dishwashers, chefs, and other team members have been instructed to wear masks.

Chefs have tossed out menus to align with available ingredients in the midst of a beef and fish shortages, and to best fit customers current needs. Menus are leaning more casual and more traditional — fewer sharable small plates, more single-portion entreés.

There’s one big question lingering, though. Will the diners return? 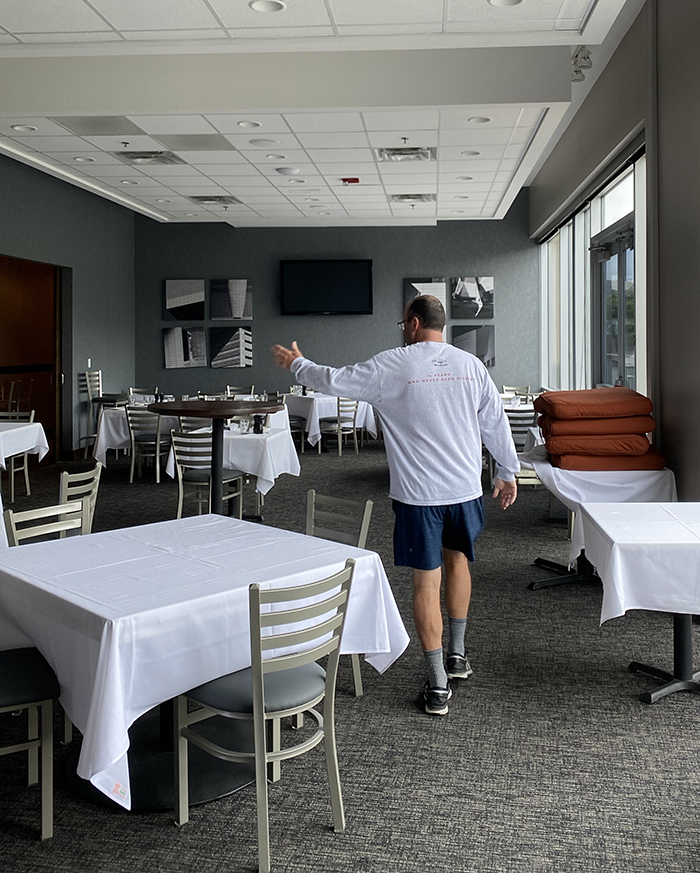 Jon Dressler of Rare Roots Hospitality points out which tables are marked for diners and which will remain “buffer” tables to ensure at least six feet between diners at Dressler’s in Metropolitan.

“We feel like we’re wading into the unknown here,” The Goodyear House chef and partner Chris Coleman says. “We think that people are excited to get back out to eat.”

The Goodyear House was only open in NoDa for 42 days when the governor announced his executive order closing restaurants for dine-in service on March 17.

But opening at 50 percent capacity means a significant dent to already thin margins.

“Now, most of those folks won’t get brought back on,” Coleman says.

On Friday at 5 p.m., Coleman and his team of 29 will open the doors to The Goodyear House.

The hope here and at the many other restaurants choosing to open is that a steady stream of diners return — not too many, but at least enough to pay the bills.

So far, reservations look encouraging for both Coleman and Dressler. Dressler says he’s on track to sell out of bookings for Saturday. 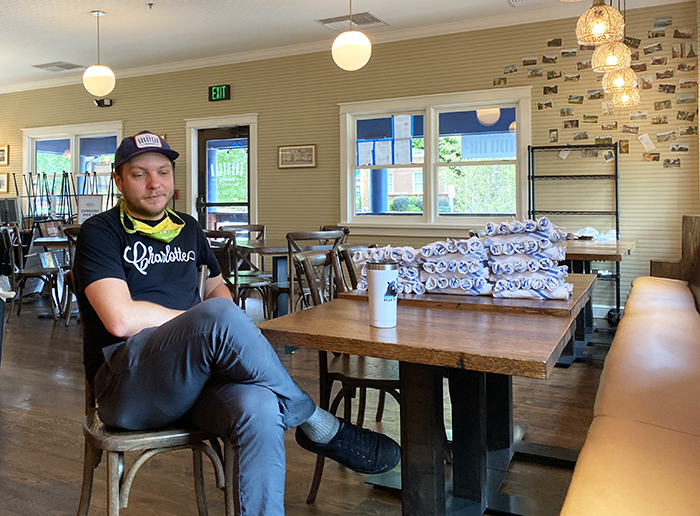 The Goodyear House was only open for 42 days before it had to close for dine-in customers. Chef and partner Chris Coleman says reopening is like a soft opening all over again.

But many Charlotteans aren’t ready for a return to restaurants, even at half capacity.

In a survey sent to subscribers this week, the Agenda asked, “If your favorite restaurant opens to dine-in customers this weekend would you feel comfortable going?”

Of 6,703 respondents, 65 percent said no, they wouldn’t feel comfortable going.

Some explained they were at a higher risk for contracting COVID-19. Or that they are trying to save money after losing their job or taking a pay cut. Others said they can’t trust people to follow social distancing and mask wearing protocols, so they’d rather stick with takeout for now.

That number surprised Dressler. It was lower than he would have thought, but it didn’t concern him. “I don’t worry about things I can’t control,” he says.

Not all restaurants will reopen this weekend. Catherine Rabb is keeping longtime Myers Park restaurant Fenwick’s closed for now.

“The rules about six feet apart in our tiny space make it kind of an impossible set up for us,” she says.

Normally the restaurant can seat 50, but with tables spread out, Fenwick’s could only hold about 10 at a time.

Fenwick’s is an old-school place that makes a helluva burger and still handwrites guest checks — two practices that work for nostalgia in normal times but only add to the challenges during a pandemic. For one, there is a national beef shortage driving up supply prices. And two, Fenwick’s didn’t have the technology available to run credit cards curbside or patio-side, which they since added.

Rabb plans to reopen Fenwick’s patio on June 2 for diners to enjoy their takeout meals with limited beverage service.

300 East is similarly opening its patio first. This weekend, customers are permitted to sit outside with their takeout meal and a drink, the restaurant posted on Instagram. “We can’t wait to welcome you into our dining room with full service, but we will do so only when we feel confident that we are doing everything possible to keep you safe and ensure an enjoyable experience.”

Both Dish and Sweet Lew’s, which are owned by Lewis Donald, are also opening their patios for customers to enjoy their takeout meals. 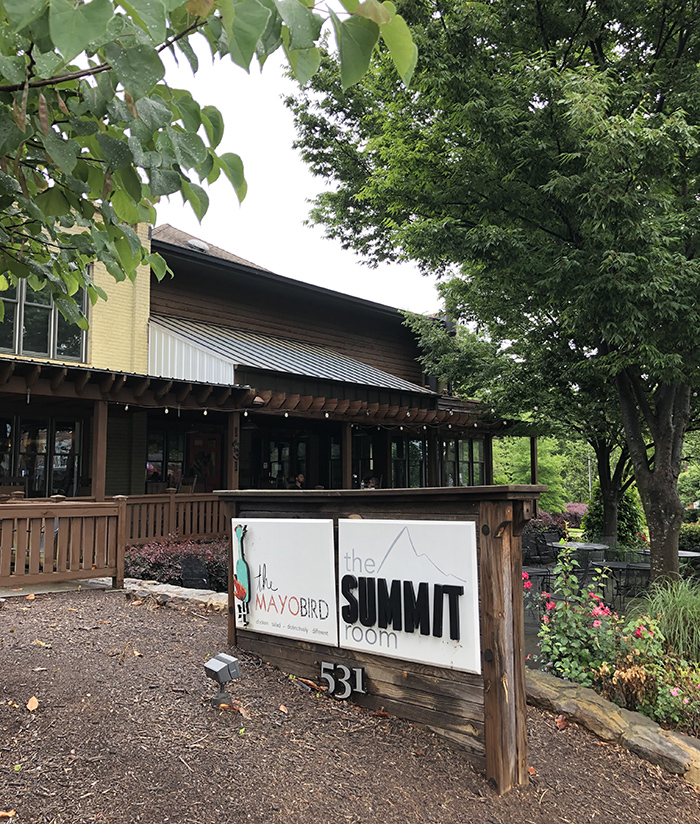 The Summit Room closed for good on Thursday, May 21.

Sadly, Rabb says, the reality is some restaurants may never reopen.

On Thursday, The Summit Room announced it would close permanently. “A small, neighborhood, full service restaurant isn’t made for masks, 6 feet distancing and 50% capacity,” the Dilworth restaurant posted on Instagram.

Restaurant owners like Rabb know how important these safety measures are, but implementing them and still making enough to pay rent are next-to impossible.

“I’m sorry not to be that enthusiastic about the health and wellbeing of our industry, but it’s critical now,” Rabb says. “I know people will support us, and we love them for that. We’re just hoping we can weather the storm.” 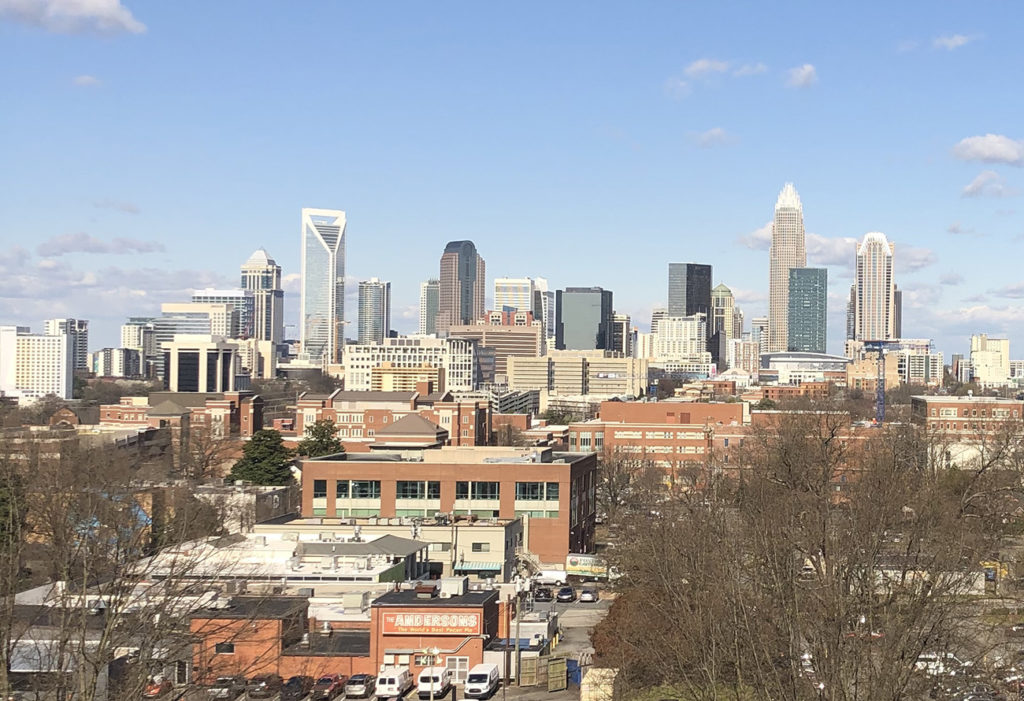 The summer of 2020 will be a defining season for Charlotte