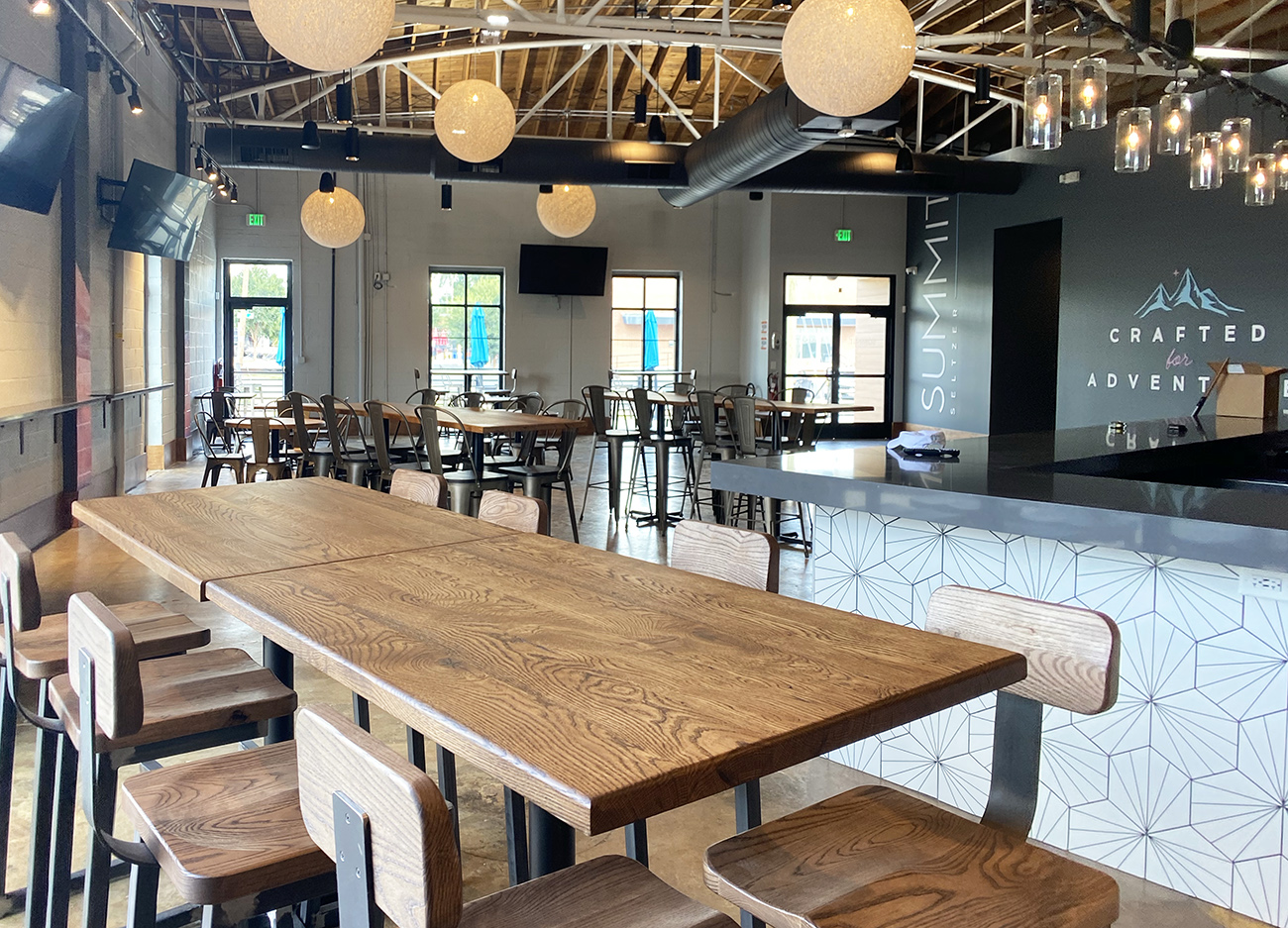 The wait for locally brewed spiked seltzer is over. Summit Seltzer Co. is now open in Wesley Heights across the street from Lucky Dog Bark & Brew.

This is Cagney’s first business, and it’s been a challenging road from securing a loan in a relatively unknown industry to opening in the midst of a pandemic.

Then, just weeks before opening, Cagney had to change the name of the taproom because the term “seltzery” is trademarked by San Juan Seltzer in Seattle. Apparently there are some laws when you’re drinking claws.

But now that Summit is open, Cagney, 29, is focused on enjoying the ride. “We’re just trying to have fun here.” 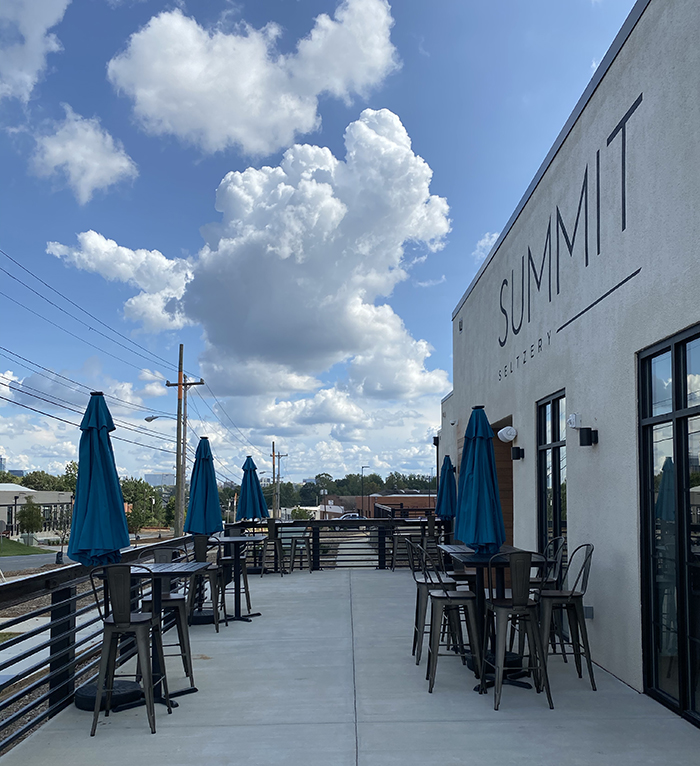 Here’s what you should know about Summit.

Seltzer on tap: Summit has six spiked seltzers, ranging in ABV from 4.9 to 7.5 percent. They’re all $5. Unlike White Claw and Truly, Summit’s seltzers aren’t clear. They’re colorful and often a little hazy because they use real ingredients like cucumber, lime, pineapple, and jalapeño. The names are playful like the Dry Hop WAP — a “Western Appalachian Pineapple” seltzer. All seltzers are about 100 calories or less. 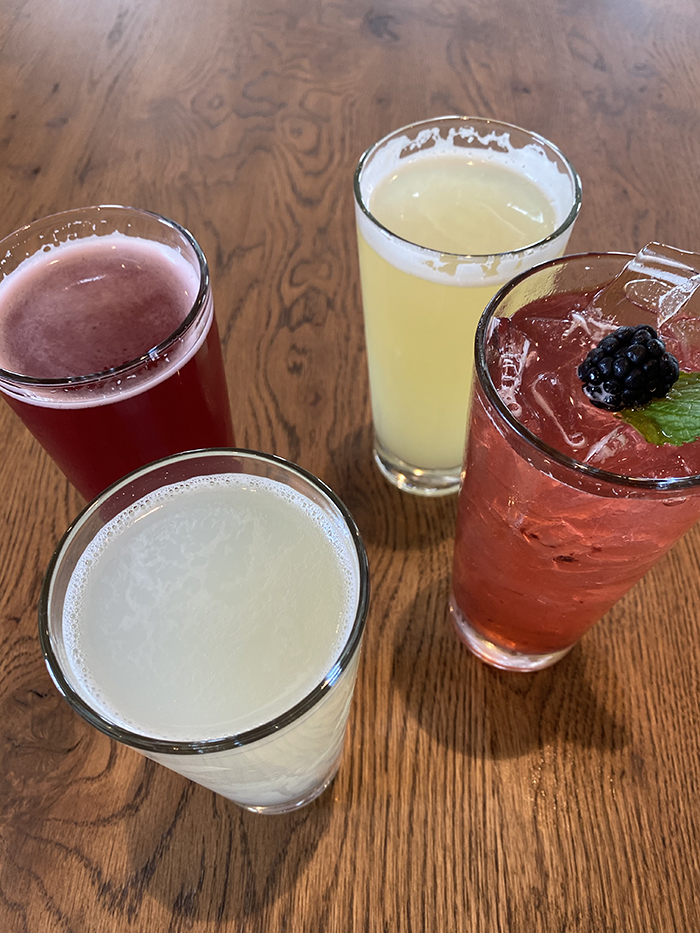 Non-alcoholic: If you want non-alcoholic seltzer, Summit has two flavors right now — grapefruit and lemon. You can get unlimited refills of either for $4.

Seltzer cocktails: Each seltzer cocktail ($9) contains a four-ounce base of Summit’s 14.5 percent ABV seltzer. Then there’s added mixers like ginger beer and lime juice. These are “uniquely garnished,” Cagney says. “They’re way more than just club soda.” Seltzer cocktails are about 100-150 calories each. 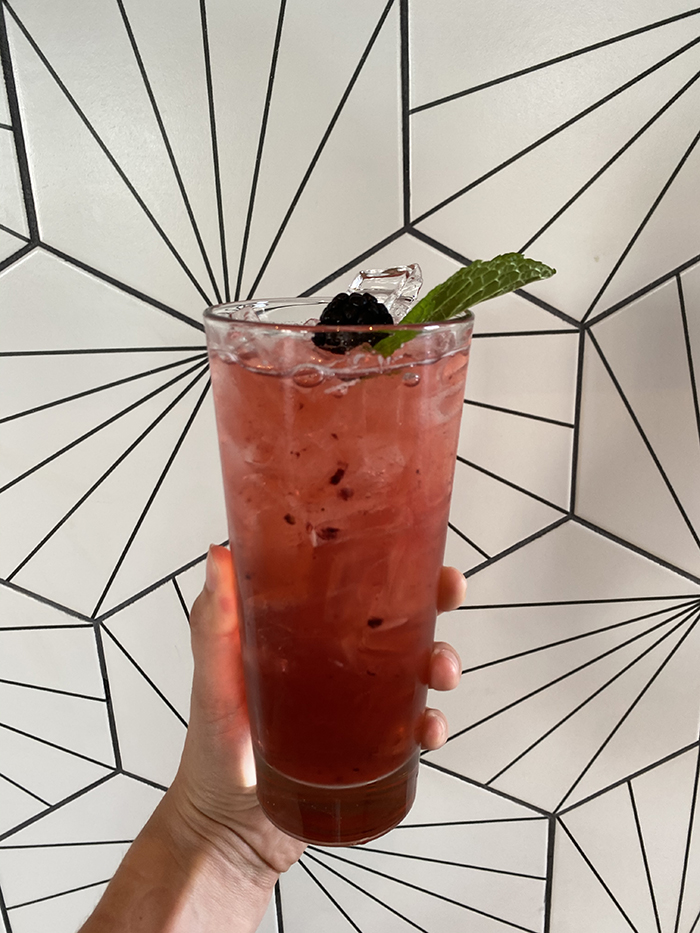 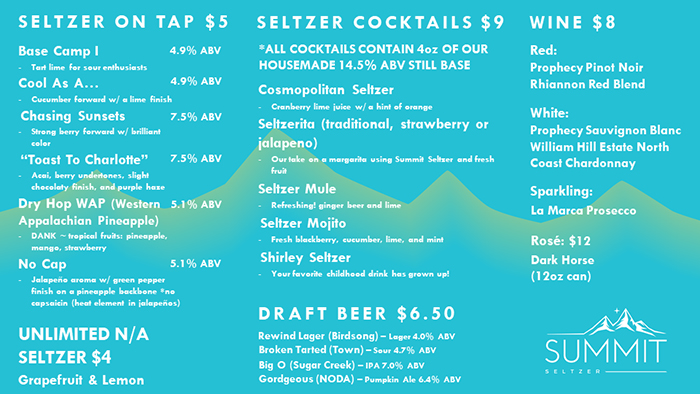 Space: With nearly 4,000 square feet, Summit has indoor and outdoor seating and an L-shaped bar. The taproom, which is located across the street from Lucky Dog Bark & Brew, is dog friendly. The address is 2215 Thrift Road.

Summit has a minimalist feel, bright with natural light throughout and an exposed wood ceiling and accents of pink and blue. Tim Finein of Peadon Finein Architecture is behind the design.

When it is safe to do so, Summit will also offer a 750-square-foot events space for yoga and fitness classes, charity events, birthday parties, and silent disco parties. 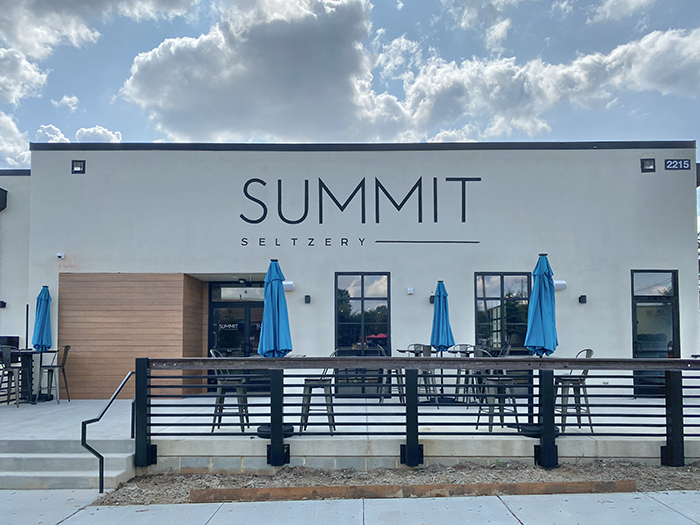 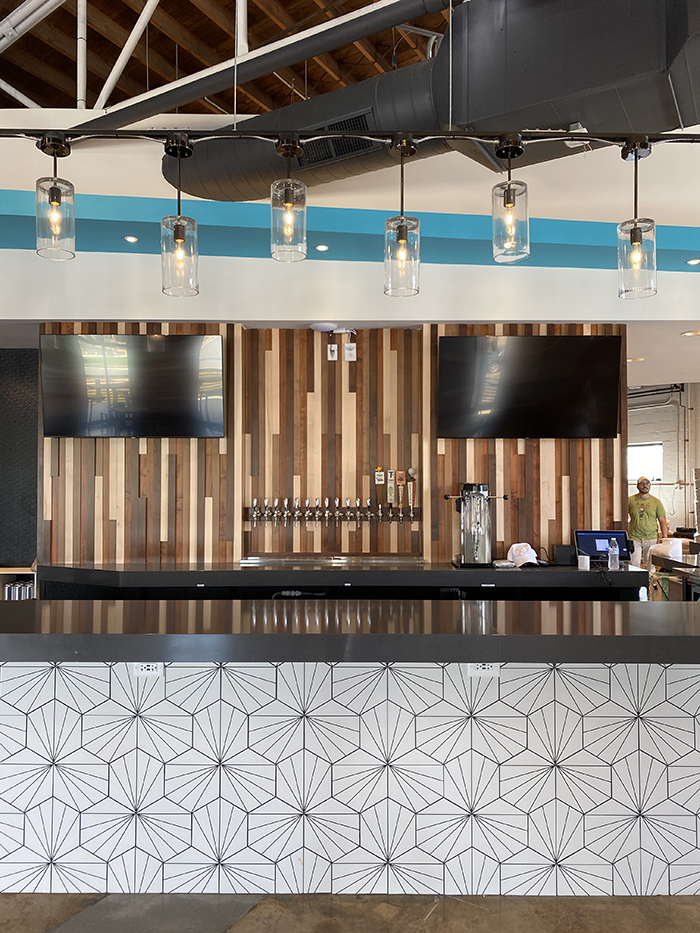 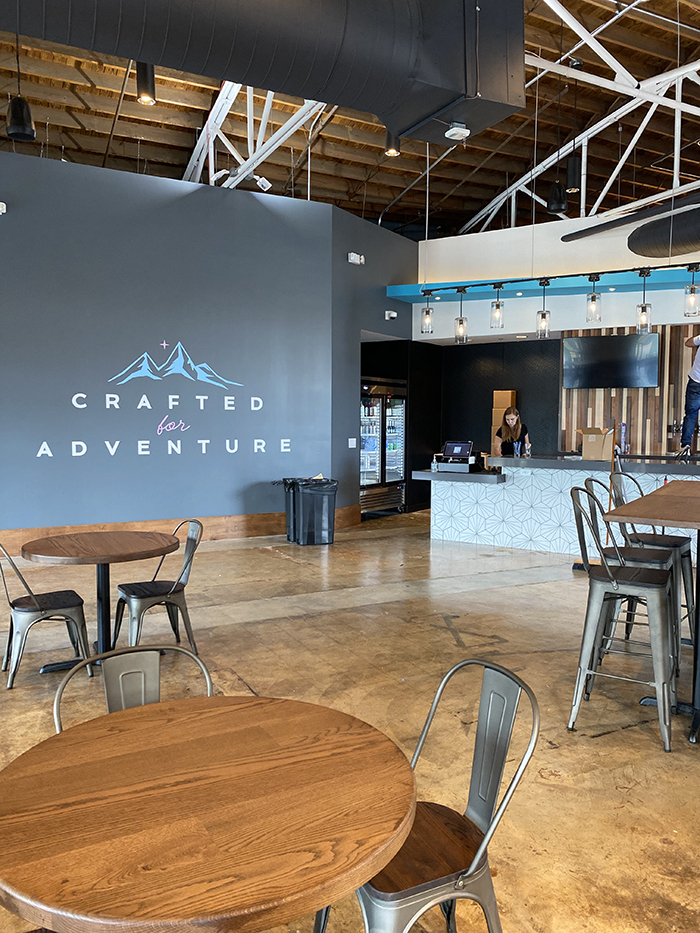 Background: A few summers ago, Cagney was sitting by the pool with friends, sipping a spiked seltzer (remember those days?). She wasn’t sure where to go next in her career so jokingly she asked, What if I just open a seltzer company? The idea stuck.

Cagney quit her finance job in Colorado and moved to the Lake Norman area where her parents live,. She completed an MBA program at UNC Charlotte, where she designed the business plan for Summit Seltzer. While in school, Cagney worked at a handful of breweries and bars around Charlotte, including Sugar Creek and Primal Brewing.

Of all the jobs, she says, “My favorite job is bartending.”

Summit Seltzer is entirely family owned, Cagney says. That was important to her when starting the business. “I didn’t want to open at all if it wasn’t,” she says. 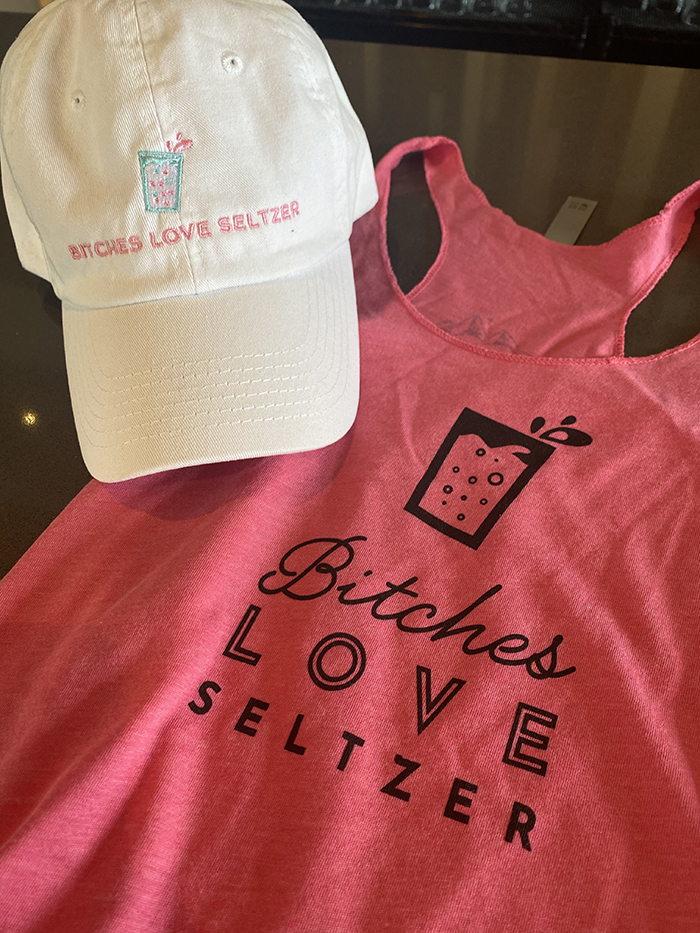 Summit is also selling merchandise with the phrase “Bitches Love Seltzer,” which Cagney has trademarked. Kristin Cagney, 29, created the business plan for Summit Seltzer Co. during her MBA program at UNC Charlotte. The project drew the attention of investors, but Cagney wanted the business to be completely family owned. 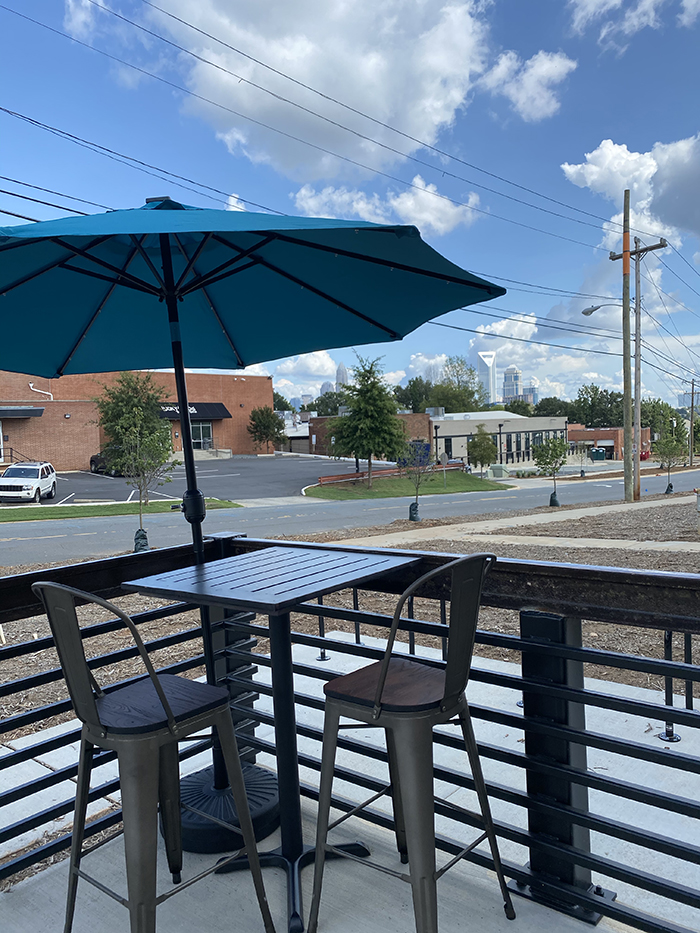 Summit’s porch has a view of the skyline. 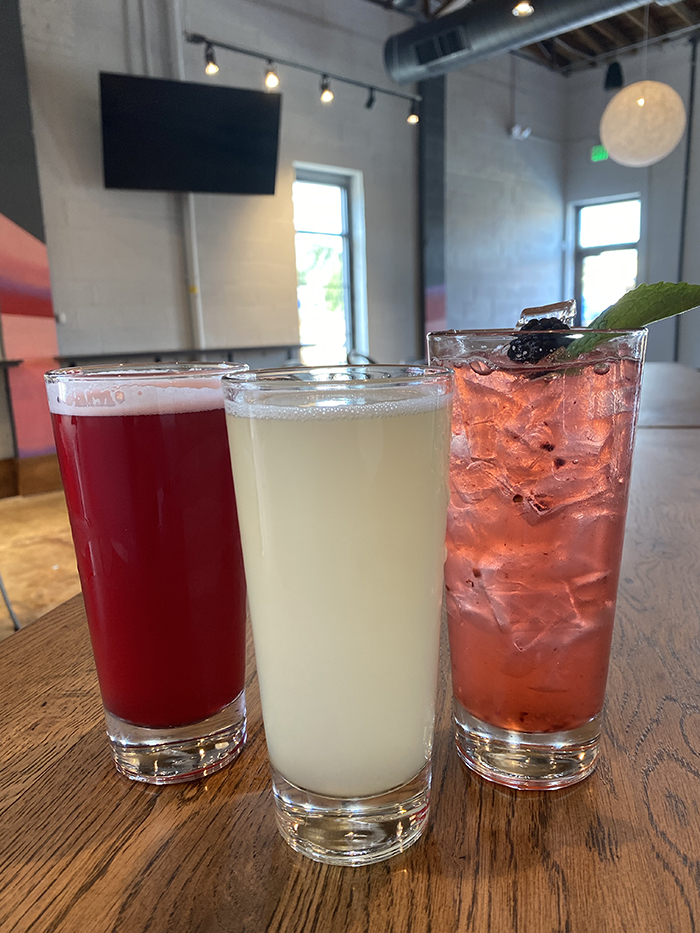 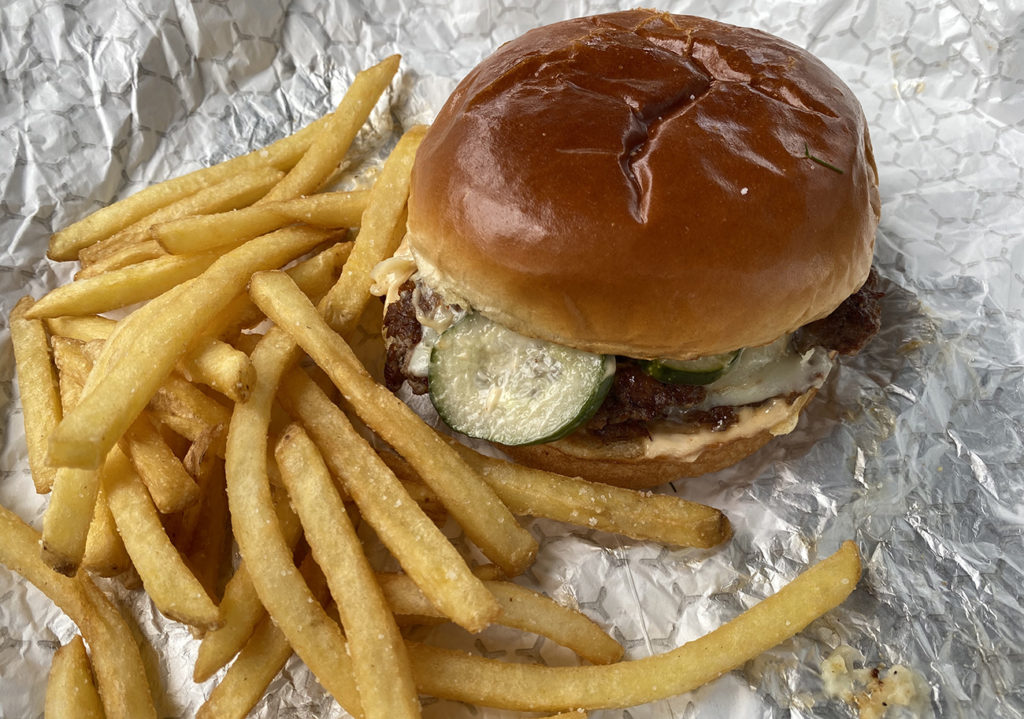