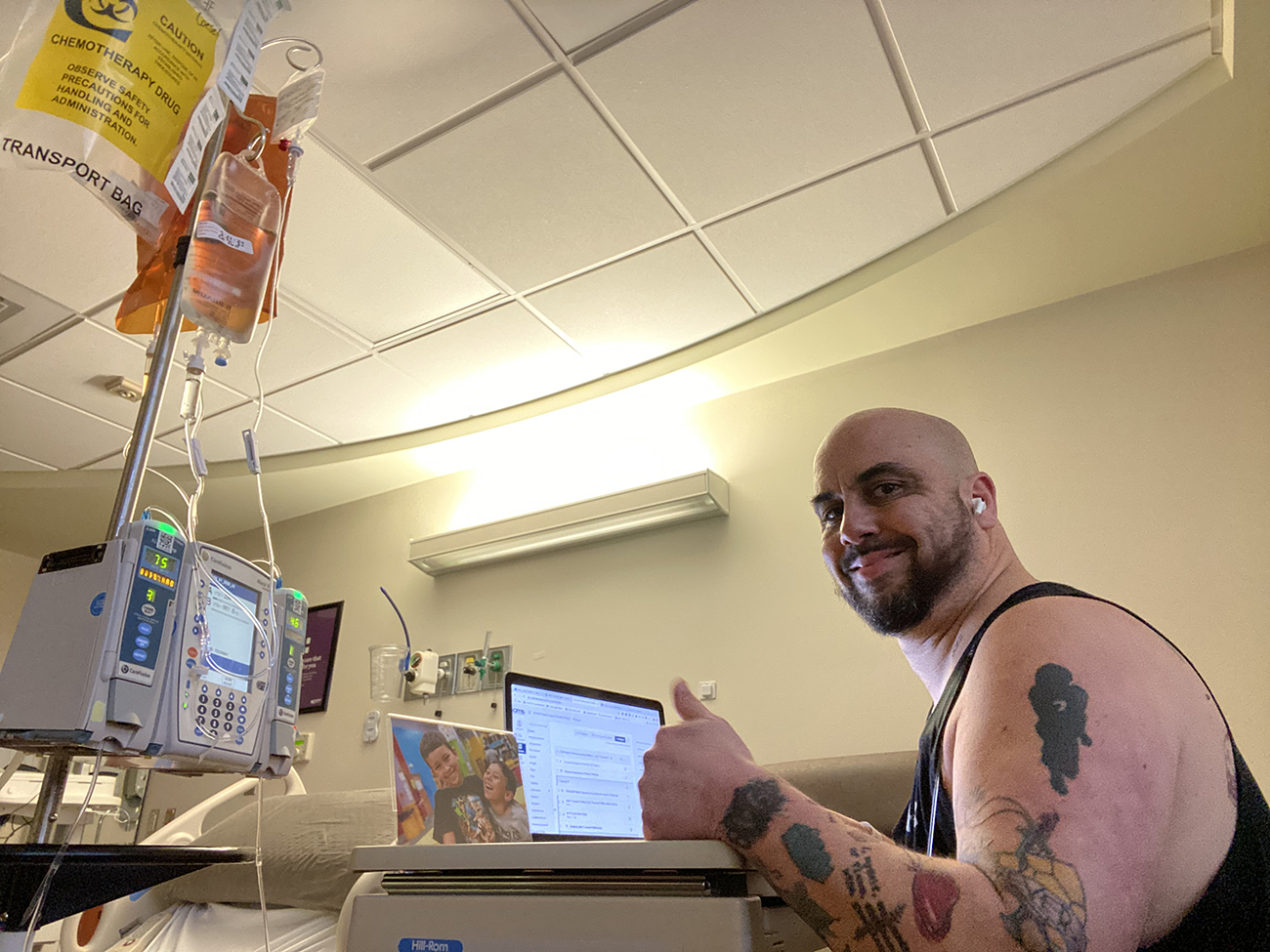 With schools closed, teachers have had to pivot quickly to a new, remote way of educating. Wil Loesel, an 8th-grade math teacher at Albemarle Road Middle School, knows the struggle of this adjustment and then some.

In March, just as North Carolina schools shut down due to the coronavirus, Loesel was diagnosed with stage four non-Hodgkins Lymphoma. His is a rare type of lymphoma, called triple-hit lymphoma.

Loesel’s chemo treatments require five-day hospital stays, which he has to spend alone due to COVID-related visitor restrictions.

But he still has some company. Loesel continues teaching from his hospital room, connecting with his 117 students over Zoom.

“There are only so many times you can walk around a nurses’ station without feeling weird,” he says, explaining why he continues teaching. “There’s only so much Netflix you can watch.”

Zoom teaching is another way to stay connected to the outside world, he says.

Instead of focusing on his cancer, Loesel says he gets to talk to his students about what they’re going through during this strange time.

“I get to talk to them and hear their jokes and calm down. One student will say, ‘I love you, Mr. L!’ and another will say, ‘Does it hurt?’ when they see the machines in back of me. Another will joke, ‘You’ll do anything to get out of grading papers!’ It’s great.” 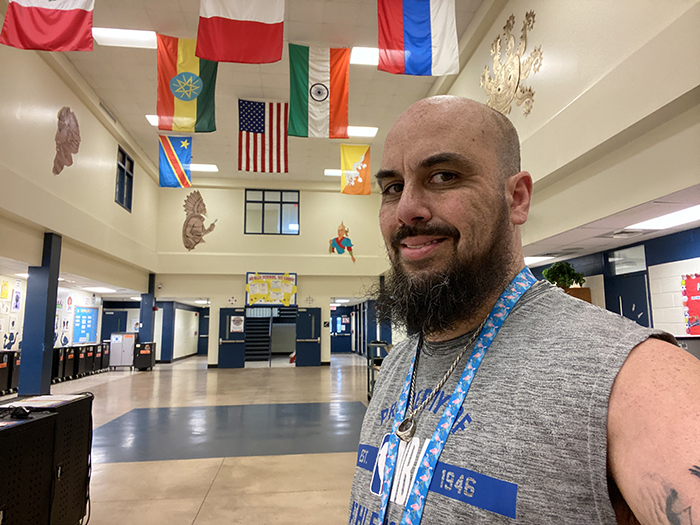 Wil Loesel, a Teach for America fellow, was placed at Albemarle Road Middle School for the 2019-2020 school year.

A Teach For America fellow, 42-year-old Loesel is in his first year as an educator after nearly two decades working in corporate America.

He says his corporate career left him unfulfilled and struggling with depression. At 35, he went back to school and, feeling inspired by the relationships he built with his professors, joined Teach for America, a national nonprofit that pairs college graduates with schools in need. He was placed at Albemarle Road Middle School, a Title I school, for the 2019-20 academic year.

Finally, Loesel says, he had a career that made him feel he was “doing something for the world.”

Then a pandemic broke out. And then his cancer diagnosis.

Yet Loesel somehow manages to keep his sense of humor.

“I said to my principal the other day, ‘Is every first year of teaching like this?'” he says with a laugh.

As he moves through treatment, Loesel says his energy comes and goes. He knows that during later rounds of chemo, he may not feel up to teaching anymore and may need to take leave, but his school has been supportive of any choice he makes.

He says that first-year teachers have to be invited back, but Albemarle Road’s principal has already confirmed his spot for the 2021 academic year. He calls his school and Teach For America team a “family.”

When his story started to get attention (he was featured on The Ellen DeGeneres Show on May 19 and was awarded $25,000), Loesel admits he was initially hesitant to speak out. “I just didn’t feel I was doing anything worthy of talking about,” he says.

But then he saw it as an opportunity. “I thought this could be something that helps Teach For America recruit. Maybe it’ll help anybody who has a negative view of Albemarle Road or the kids who go there. My school and TFA have done so much for me, if I can help them in a little way then it was totally worth it.”

While the rest of us navigate Charlotte’s reopening over the next few weeks, Loesel says he too is in “uncharted territory.”

Because his form of cancer is rare, there isn’t much research on preferred treatment options. His current treatment plan includes additional rounds of chemo. Depending on the results and on insurance approval, doctors may suggest that Loesel undergo CAR T-cell therapy, a treatment that involves removing his cells, re-engineering them, and then returning them to his body to fight the disease. It comes with a $2 million price tag.

His friends established a GoFundMe to help Loesel handle the cost of his hefty medical expenses. So far, the fundraiser has raised $14,300 of its $25,000 goal. Plus, The Ellen DeGeneres Show gave him an extra $25,000. 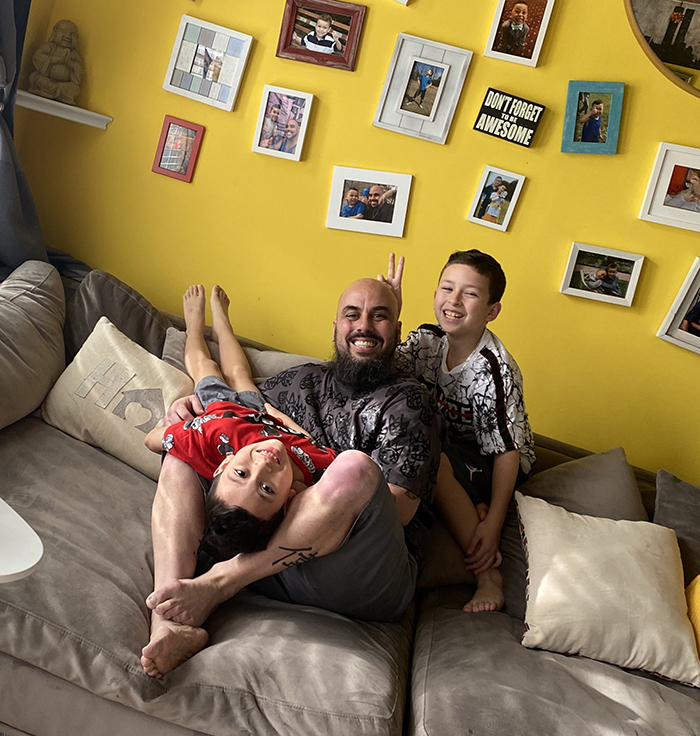 Wil Loesel and his two sons, Sean and Aidan.

As he goes through the preferred treatment program and prepares for what’s next, Loesel is making it a point to maximize each day.

“I’m enjoying all the time I have now. And because I have time, I’m able to prepare for the worst.”

Every day Loesel records a video for his two kids, Sean (10) and Aidan (7), in case he doesn’t recover. “Because they’re young, they’re barely going to remember me as time goes on. The only time I really get sad or scared is when I ponder what would happen if I pass, and how it’s going to impact my sons.”

Loesel tries not to dwell on that, though.

“I trust the doctors, and I think we have a really, really good shot.”

Teachers are superheroes. If you liked this story, read about a CMS teacher who’s delivering groceries to her students during the pandemic. 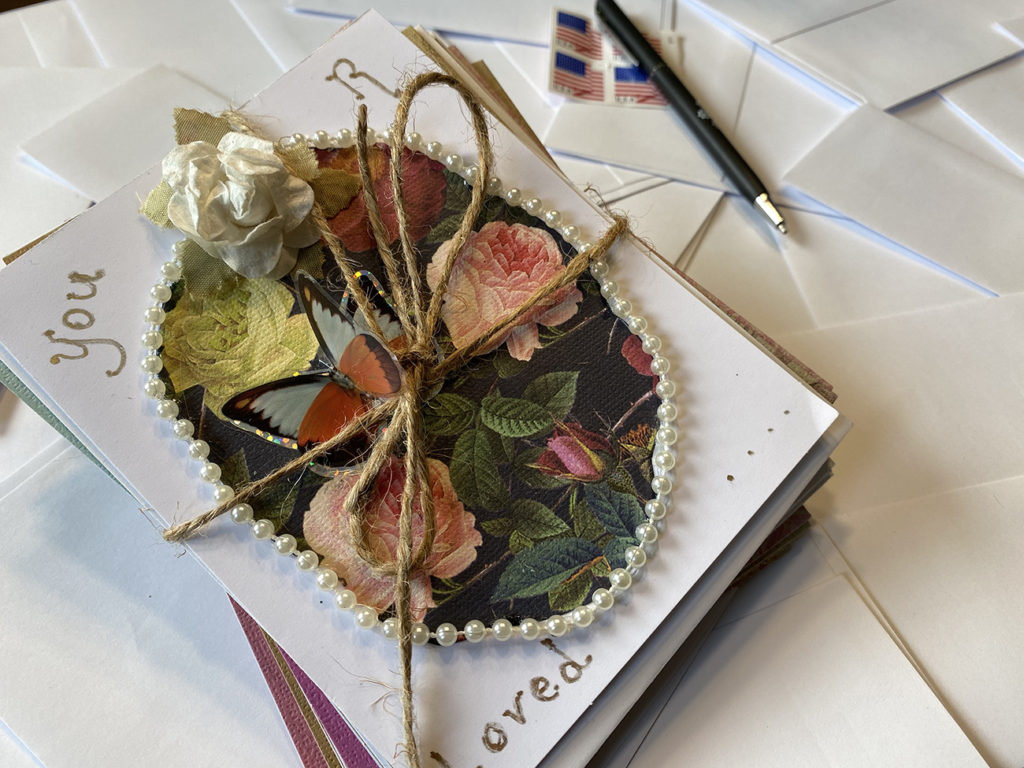 5 ways to support Charlotte’s seniors during the pandemic