Charlotte’s music scene is “in the emergency room” 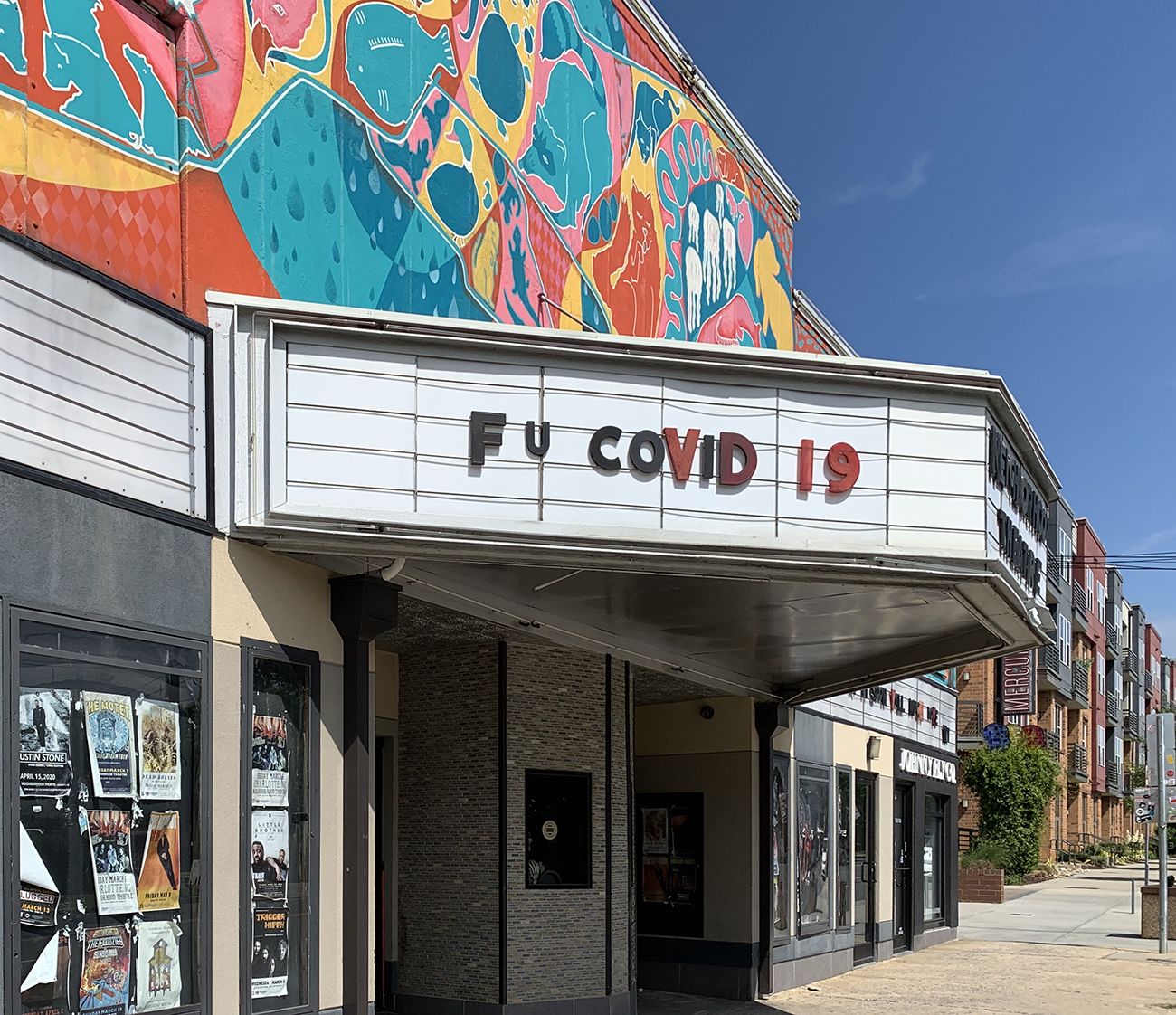 The last time Laura and I went out — as in out-out, as in past 9 p.m. — we spent the night standing on the slanted floor at the Neighborhood Theatre. This was no small physical feat for her at 34 weeks pregnant.

It was mid-January and Hiss Golden Messenger, a folk rock band from Durham, was on stage. I like when artists sound like the place where they’re from. Springsteen sounds like a New Jersey factory. Pearl Jam sounds like they came out of a Seattle basement. Otis Redding sounds like a Georgia summer night. It’s hard to explain, but Hiss Golden Messenger sounds a lot like Durham, which I guess is to say it’s a little bit like an old garage turned into a craft brewery, gritty but approachable, imperfect but damn good, and somewhere between Asheville and Charlotte on the scale of gussy.

We’ve seen countless acts from that Neighborhood Theatre floor, under that big, twirling fan. Live music is the reason we’re together at all; our first date was to a concert at the historic Charleston Music Hall. You see where I’m going with this, I hope.

Music is as much about the setting as it is the song. And though I’ve tried to fill my face with virtual concerts over the past two months, it feels off.

Then came the first big sign this week of just how much trouble Charlotte’s music scene is facing.

On Wednesday, the Neighborhood Theatre put up a somber post that began with the line, “It pains us to do this … .” The words were followed by a GoFundMe page, where they hope to raise about $50,000 to cover rent and utilities and other expenses. Coming from the city’s largest independent music venue, the post sounded the siren that local music community members have been trying to sound for weeks.

I called Gregg McCraw on Thursday morning. He founded the local booking agency MaxxMusic 24 years ago and books all the shows for the Neighborhood Theatre. He’s been through plenty of waves for the music scene.

“We’re in the emergency room,” McCraw said. “I’ve been doing this for almost 25 years. This is as dire a situation as I’ve ever seen.”

My father was a fisherman, so I feel qualified to say this, but music people are a lot like fishermen. They’re bitchers and moaners, by nature, and I love them both. In the same way there’s never been a fishing town that wasn’t dying, there’s never been an independent music venue that turned a big profit.

But this, this is different. People like McCraw aren’t telling stories. And you don’t need to see financials to understand it. All you have to do is listen.

All around us, there’s no sound. Nothing. One of the founding members of the Latin band Chócola lives two houses down from us, and they usually practice in the garage on Tuesday nights. I haven’t heard them in two months of Tuesdays.

It goes on and on, and up and up, from there, the crawling quiet, icing over the marquees at places like the Neighborhood Theatre and the Visulite, over the courts at the Music Factory where volleyballers used to hear sounds come off the Amphitheatre, and all the way up from there to Bank of America Stadium where Billy Joel and Garth Brooks and the Rolling Stones should’ve been performing this year.

But where it hurts most is at the small, independent level.

McCraw spends a lot of his time on calls with other venues throughout the country these days, hoping to find answers or possible revenue sources. They’re all saying the same thing: It’s hard to make money running concert venues without concerts. It’s not just a Charlotte problem. If you love the Orange Peel in Asheville, or the Cat’s Cradle in Carrboro, know that nobody’s immune.

The Neighborhood Theatre now sits like a colorful tomb in NoDa, empty and purposeless, with a message written in janky letters on the marquee: “F U Covid 19.” We all share the sentiment. Just about every publication in the city has run a photo of the marquee at some point in the past couple months. It’s even received national attention. It’s become, in a way, the official Charlotte portrait of the pandemic.

Funny thing is, if the sign actually were announcing a show or a band named “F U Covid 19,” it’d probably sell out. 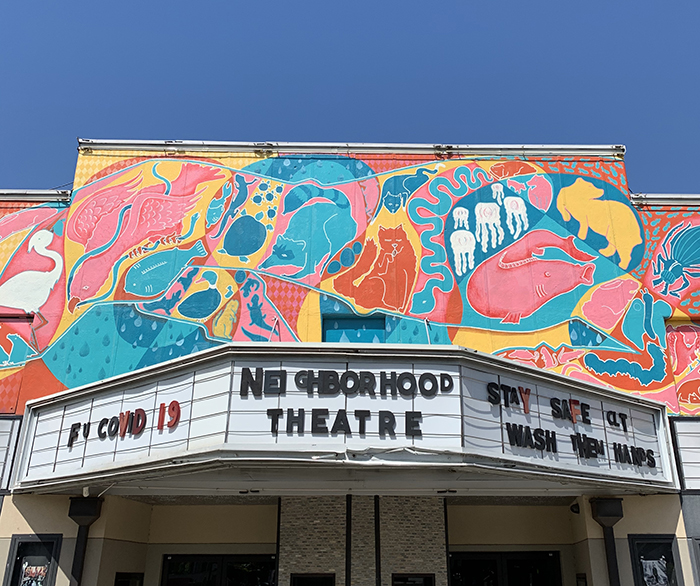 Elsewhere, Music Everywhere CLT is an initiative spearheaded by Rick Thurmond, a good friend of mine and my former boss at Charlotte magazine who now works for Charlotte Center City Partners. They’re raising money to help people in the community through a Charlotte Music Community Relief Fund.

They’re giving out their first round of grants today, 19 of them, to musicians and people associated with the industry who need the money. About three-quarters of local musicians in Charlotte have other jobs. But for many of them, that job’s in a restaurant or a bar, which are also closed.

When I talked to Rick the other evening, he was, as usual, optimistic. “I think local live music will lead us out of this,” he said. He can envision musicians making more appearances outside of businesses where lines form during social distancing periods. Or at backyard venues.

Despite all the talk of reopening and normalcy, it’s probably time to realize that how we interact with each other, and how close we get to each other, will be altered for a long time. Rick thinks music can help connect people while they’re six feet apart.

Music Everywhere arranged virtual concert series, where viewers can tip musicians. Some musicians told Rick that they didn’t think they’d get anything out of sitting alone in a room and performing for people on the other side of a screen. But after the show, they say, “You know, I needed that.”

Even after we talked, though, I missed standing shoulder to shoulder with people I’d never met. There’s something about gazing up at a stage and seeing something that you know is good, something that you know is bigger than the box where you’re sweating. I’ve watched musicians climb from one Charlotte venue to the next. In July 2013, I saw Jason Isbell at the Visulite, capacity 540. The next winter, Neighborhood Theatre, capacity 956. The next time, Ovens Auditorium, seating 2,460. The last time was the Uptown Amphitheatre, seating 5,000.

The same progression is true of Charlotte-area artists. The Avett Brothers, who are from Concord, famously played their first gigs at Wine Vault in the University area. They recorded their first live album at the Double Door. Now they sell out arenas.

One of the downsides of social media is that it’s put a limit on patience. Things are either broken or fixed, bad or good. But most of life is just a stride from one to the other, and we all need places to grow. In the past 10 years, Charlotte’s wiped out several venues: Tremont Music Hall, the Chop Shop, and the most cutting of all, the Double Door Inn.

Great cities need venues of different sizes to help musicians climb a ladder. If coronavirus wipes out places like the Neighborhood Theatre, or the Visulite, or Snug Harbor, or the Milestone, musicians will still find places to play. But we’ll be a lot less interesting, and the music of tomorrow will sound a whole lot more produced than today.

Back in 2017, I flew out to Utah to spend four days with brilliant young musician named Conner Youngblood, chasing ducks and geese around the Bear River Migratory Bird Refuge.

It was for a story about a program called Songscapes that sends musicians to a specific piece of public land for a few days, then has them write a song about the experience. The point of the program is to promote public land through music. But underlining the promotion is the belief that the best music grows from a place.

Here, without music and food, the South would still be a tolerably warm place with a wretched past and a bunch of college sports national championships. But the dishes and sound give it connective tissue. Through each we get a story that helps us understand the place.

Charlotte has a better music story than it might let on. In the modern era, it’s birthed national artists like Anthony Hamilton and DaBaby. For a time during the 1920s, Charlotte was the home of country music, thanks to the powerful radio signal of WBT.

Later, stars from other genres stopped by. Ever heard of James Brown? Ever heard his jittery song that’s done laps around the world, “Papa’s Got a Brand New Bag”? It was recorded at Arthur Smith Studios on Monroe Road.

One time, at a place called Reflection Studios at the corner of Louise and Central avenues, a little band named R.E.M. recorded its album Murmur. And in one of my favorite stories, uncovered by Greg Lacour in this 2014 obituary for the studio, the Eagles’ Joe Walsh, under the influence of a few things, went across Central Avenue to the Salvation Army Thrift Store and came back with a shopping cart full of pots and pans and kitchen utensils for no reason at all.

The land where Reflection Studios was is now the Gibson Apartments. I’m sure they’re a fine place to live, but that’s the tragedy of venues in Charlotte, our ambitious city built on cash and credit: When music venues go down, they vanish forever.

OK, Charlotte development pushers and budget balancers and revenue chasers, this part’s for you.

In a letter to Congress last month asking for help, the National Independent Venue Association cited a study that shows that for every $1 spent on a ticket at small venues, a total of $12 in economic activity is generated at surrounding restaurants, hotels, and other retail establishments.

Whether we save our music and musicians isn’t just a test of our charitable nature; it’s key to economic stability. What kind of city do we want to be? And what kind of people do we want to come here?

Our leaders in recent past knew the answers: Hugh McColl didn’t push for a Charlotte Symphony and a Charlotte Ballet in the 1970s purely because he wanted to see the Nutcracker. No, he knew that in order to attract talented people to his bank, Bank of America, he needed to give them and their families an interesting place to live.

That’s true now as ever, as people from New York and other cramped places where the virus spread quickly look to move here.

We could use a little music, a little dose of the imperfect beauty to shake us up. Once at the Visulite, I saw a musician I won’t name so high he forgot the words. Another time, Robert Earl Keen’s opening act didn’t show up so Robert Earl Keen became the opening act. Another time, I saw Holly Williams sing “I Saw the Light,” a song her grandfather Hank wrote. I miss when surprises were more like that and less like, Wow, this Amazon package arrived a day early. I miss the people we went to shows with and the people we’re not meeting at the next shows. Punks and pension-drawers, sober and drunk, all singing as one.

Point is, give to the Neighborhood Theatre. Give to the Music Everywhere Fund. And, of course, F U Covid 19. 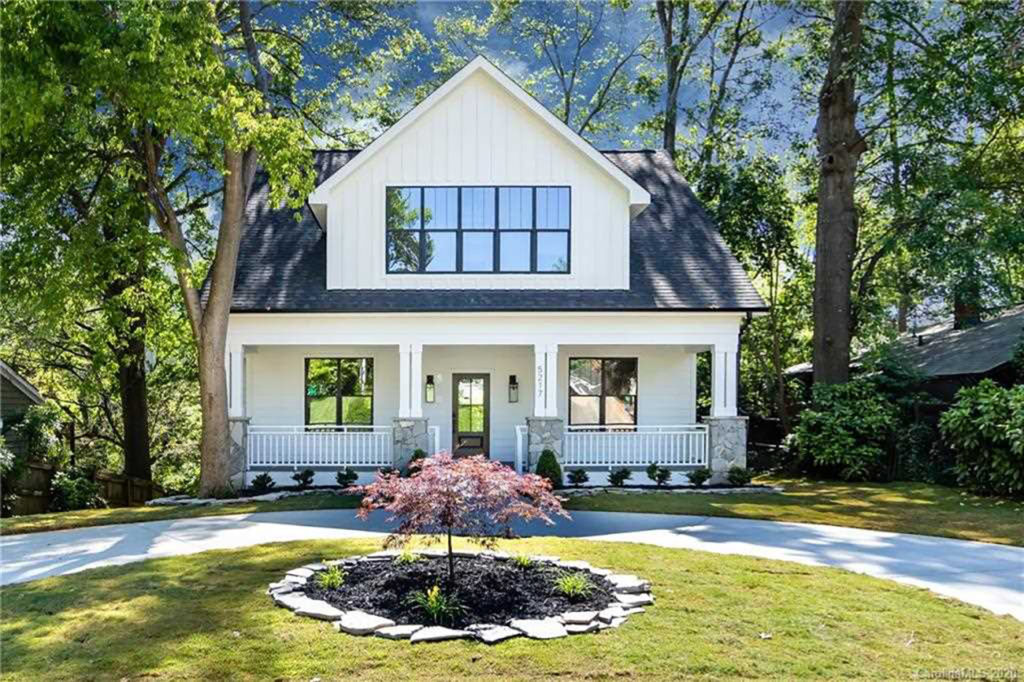