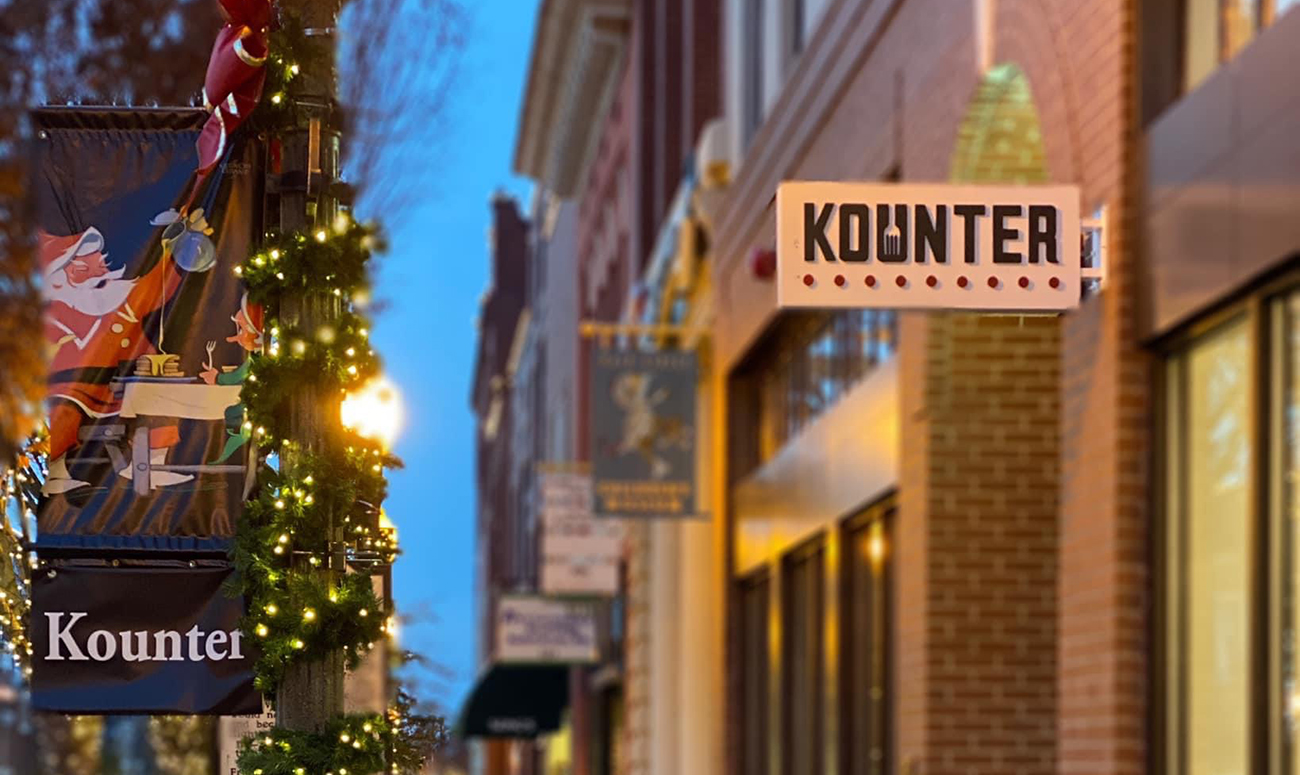 Fifty-nine years ago, in 1961, 10 African-American college students walked into McCrory’s Five and Dime in downtown Rock Hill and sat at stools along the lunch counter.

They were arrested after refusing to leave. Nine of the students, who became known as the “Friendship Nine,” refused to pay bail and became the first sit-in protestors to serve jail time during the Civil Rights movement.

Rob Masone, a restauranteur and chef best known to Charlotteans for Kre8 Twisted Eats at Wooden Robot Brewery, remembers driving by the historic McCrory’s Building every Sunday morning for church as a child growing up in Rock Hill.

He can’t remember when he first learned of the building’s history; it was such a big part of Rock Hill, he says, that everyone who’s from there just knows it. “I mean, I’d always known about the Friendship Nine and what took place there,” he says.

Now the building is taking on a new meaning for Masone, who has multiple restaurants and catering ventures in North Carolina and Florida: It’s the site of his largest restaurant and events space to date. 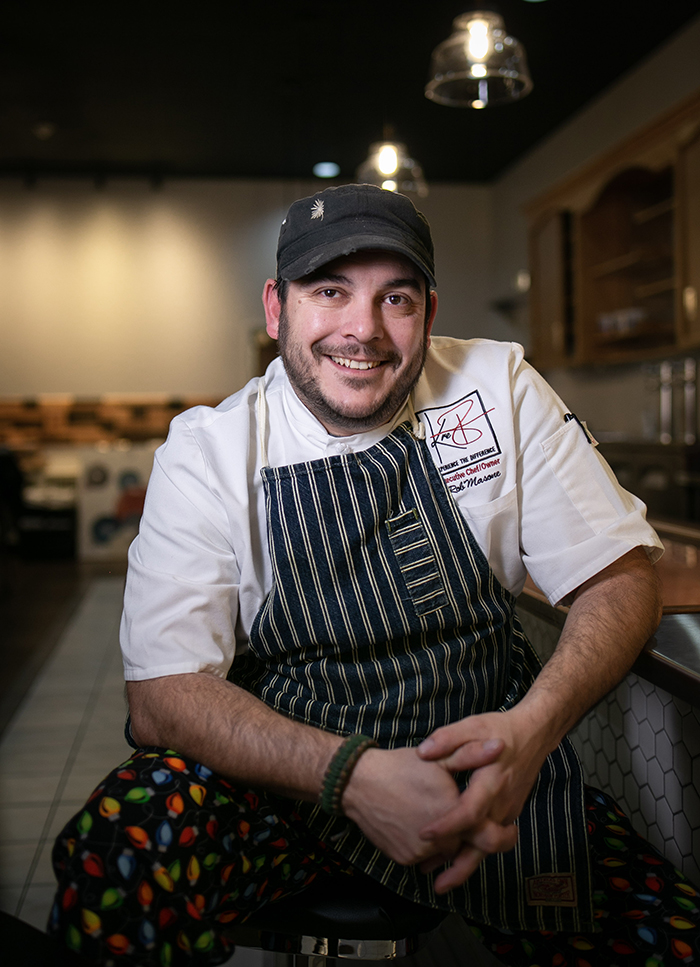 A 2,600-square-foot restaurant, Kounter, pays homage to the building’s history and to the original lunch counter, Masone says. The restaurant officially opens on Tuesday, December 15.

Masone explains Kounter is spelled with a “K” to tie in with his other ventures, namely Kre8. Developers JD Yearwood and Justin Mueller own the property, which also includes a 6,000-square-foot events space that Masone operates.

Most recently the building was home to Five & Dine, a restaurant which closed in January 2019. Renovations to the building’s exterior included a new central archway, brick veneer, and arched windows on the second floor.

Inside, the original counter has been restored to what it looked like in the 60s.

Masone says the counter seats are the best seats in the 60- to 70-seat restaurant, and of course, welcome to all.

“This is where the gentleman sat and were refused service,” he says. At Kounter, these stools will be where service is paramount, Masone says, with interactive experiences like blowtorch-cooked tenderloin and dry ice. “Almost like a chef’s table.” 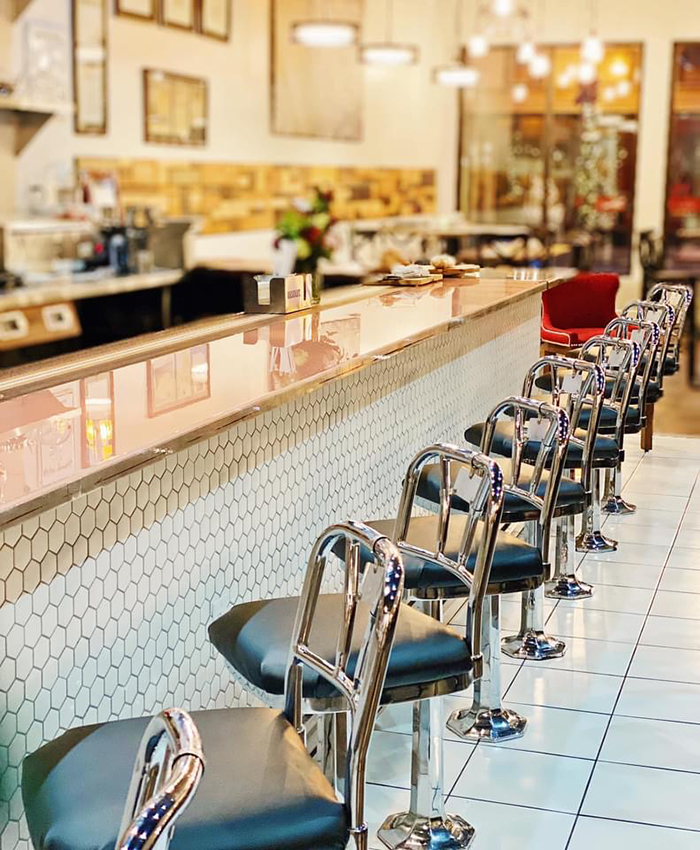 Menu: Masone calls the progress American menu “upscale but approachable.” He says he can’t open a restaurant without the signature Kre8 crisps — beer and butter soaked crackers wrapped in applewood smoked bacon and topped with shaved Parmesan. Those are $11. Other menu highlights include: 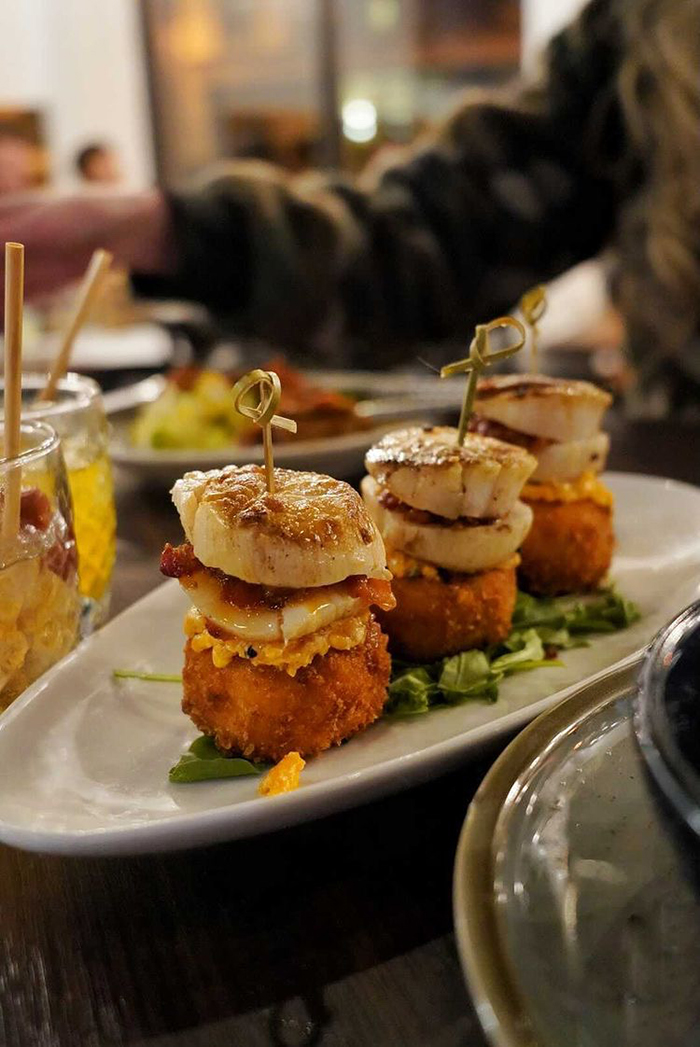 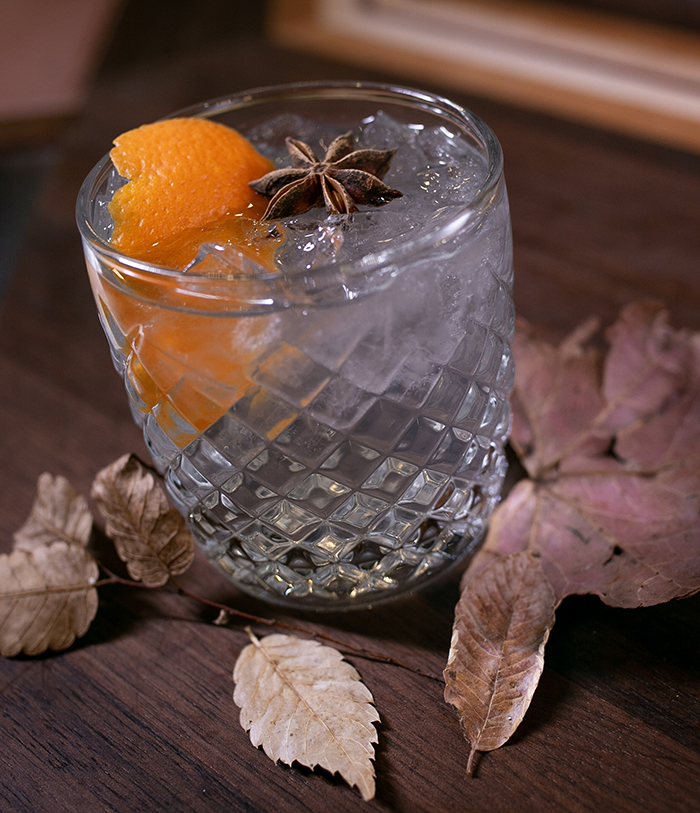 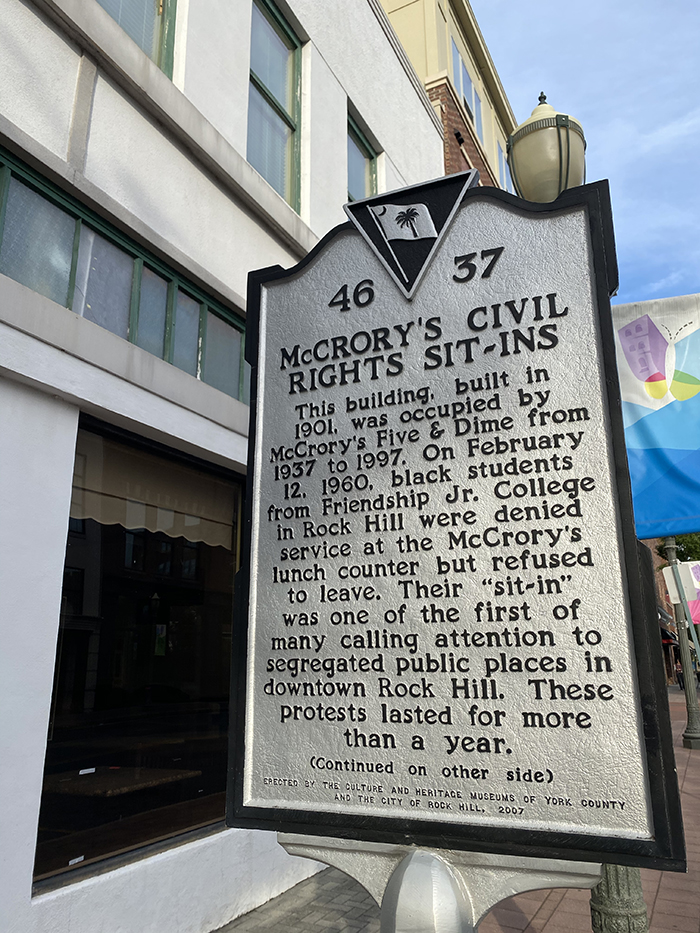 A historical marker about the Friendship Nine sit-in stands outside the current McCrory’s Building. 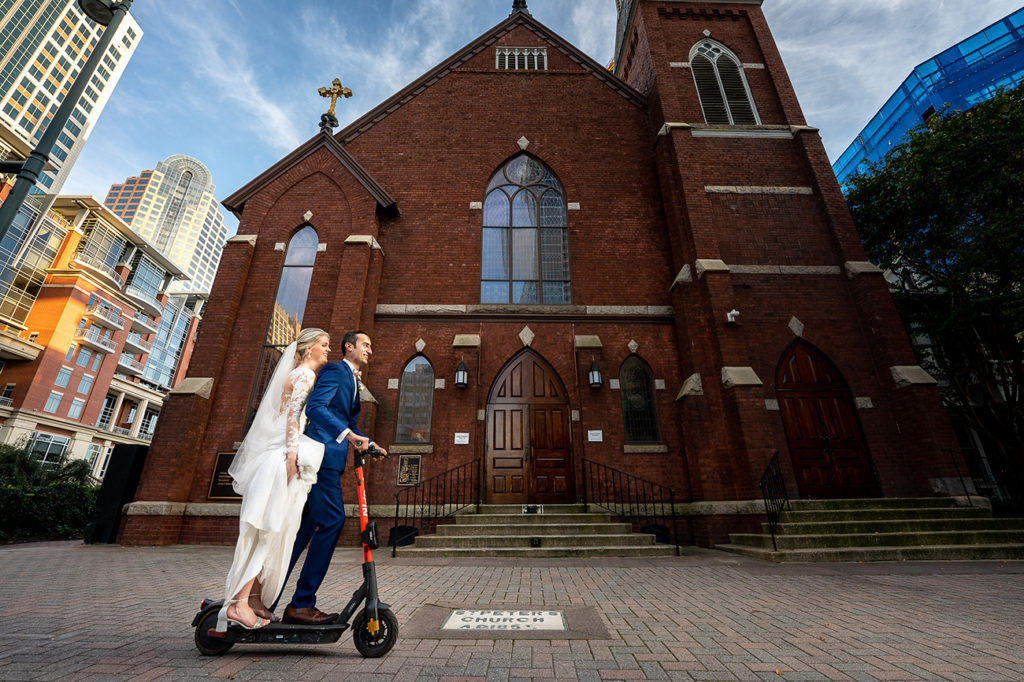