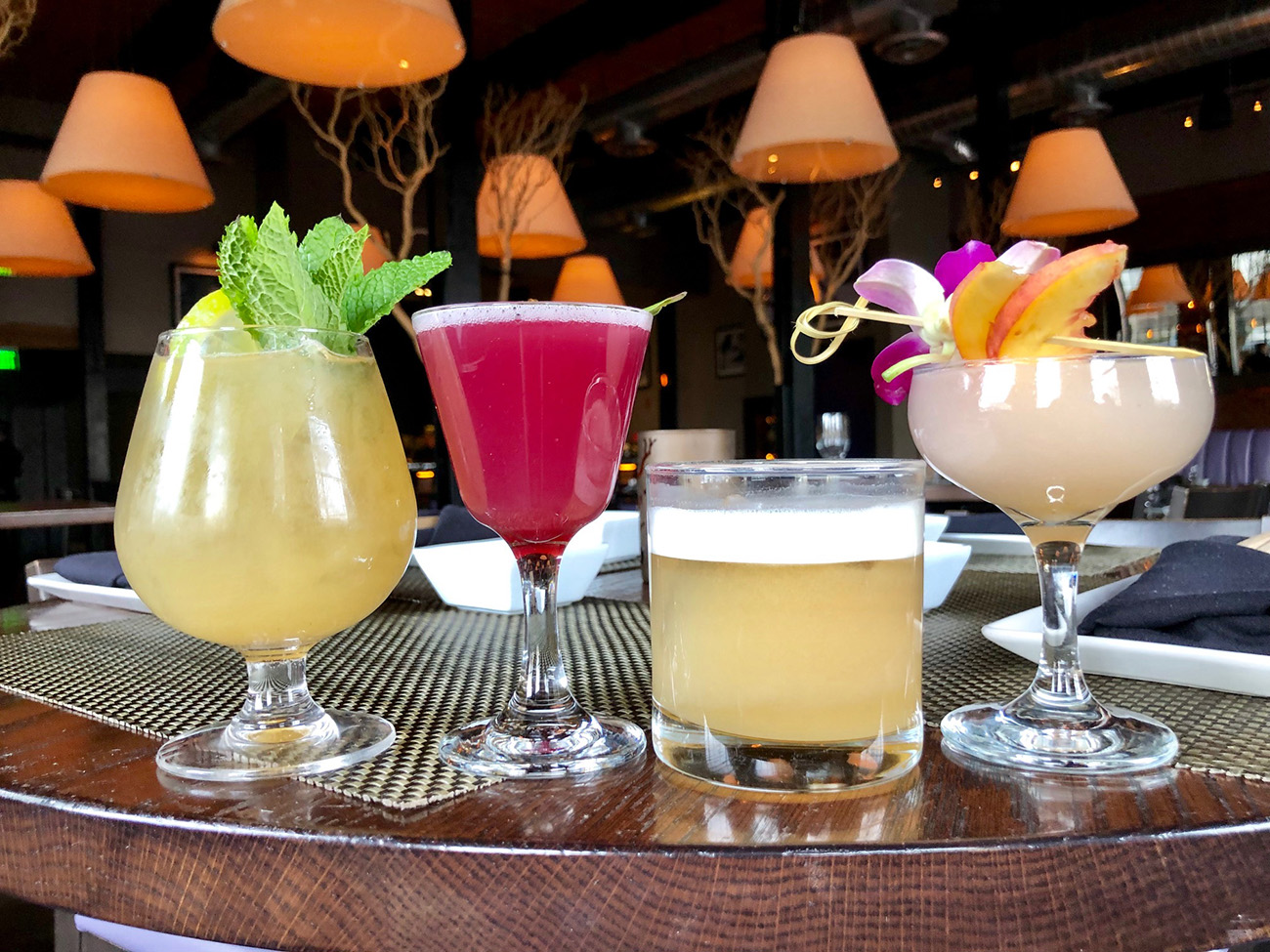 When coronavirus started shutting down restaurants in March, Virginia lawmakers moved swiftly to relax the state’s liquor laws to allow the to-go sale of cocktails.

Then earlier this month, Virginia’s liquor regulatory board started letting businesses with mixed-beverage licenses sell cocktails for customers to take home with their food orders.

“Allowing them to sell mixed beverages with takeout or delivery orders will help them augment their revenue streams so they can continue to operate and employ Virginians,” Governor Ralph Northam said, the Richmond Times-Dispatch reported.

Other states have similarly loosened liquor laws as an economic relief response to COVID-19, including California, Texas, and Washington.

In North Carolina, there’s a similar effort underway. But changing the state’s Prohibition-era liquor laws, even temporarily, is not easy.

State representative Chuck McGrady has been trying to overhaul the state’s Alcoholic Beverage Control (ABC) system for years. McGrady, a Republican from Henderson County, sponsored a bill last year that would have dismantled North Carolina’s monopoly on alcohol sales. Effectively, it would have done away with the 170 ABC boards across the state. The hundreds of ABC stores they operate would go dark, opening the door for the sale of liquor by private shops.

Now, McGrady and representative Jamie Boles, a Republican from Southern Pines, are pushing for a change that would allow restaurants to sell to-go mixed beverages in closed containers. A provision in House Bill 1043 — a bipartisan effort introduced this week by state representatives John Bell, Darren Jackson, and David Lewis — would be effective during the coronavirus outbreak. It would then expire when the state of emergency expires. It would limit customers to two drinks per meal.

“Our laws are antiquated and reflect values of a different time,” McGrady says.

“Something comes up and then we try to think of a workaround to allow something to occur that otherwise wouldn’t have been able to occur. The laws are rife with workarounds.” 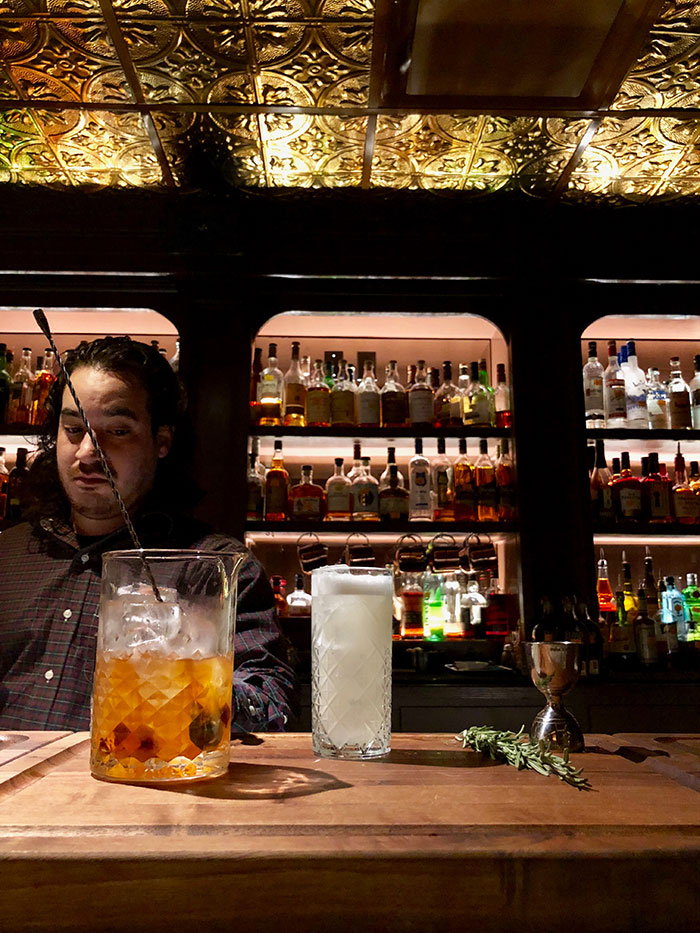 At the Park Road Shopping Center speakeasy Dot Dot Dot, alcohol typically makes up about 85 percent of total sales, owner Stefan Huebner says. After the state required restaurants and bars to close to dine-in customers last month, Huebner had to lay off 15 people. That’s most of his staff; he just kept his general manager and executive chef.

At the request of customers, Dot Dot Dot last week started selling cocktail kits to go. That’s currently allowed statewide, as long as businesses sell them without the liquor. They’ve got kits to make popular drinks like Moscow Mules and Palomas, each for $25.

The bar sold 180 kits, many more than Huebner had anticipated.

With the kits, Dot Dot Dot has the infrastructure in place to start selling cocktails to go if and when it’s possible to do so.

Huebner supports such a measure. But it wouldn’t provide return sales to their pre-pandemic levels.

“For me, it’s more of a way to stay engaged with our members,” Huebner says. “It’s not going to fix an industry. But it’s better than nothing.”

Paul Verica, owner of The Stanley, had to furlough some of his staff in response to COVID-19. Since closing his doors to customers, Verica has tapped into fresh revenue streams, including pop-ups and butcher boxes, which offer meats from different farmers.

Mixed drinks make up around 25 to 27 percent of total sales at The Stanley. Selling to-go cocktails would provide a bit of a boost for revenue, Verica says. He supports such a measure — as long as other laws like open container are addressed, too. If a police officer pulls over a customer, they shouldn’t get in trouble for having a mixed drink in the car.

“I would want it to be a well thought-out plan,” Verica says. 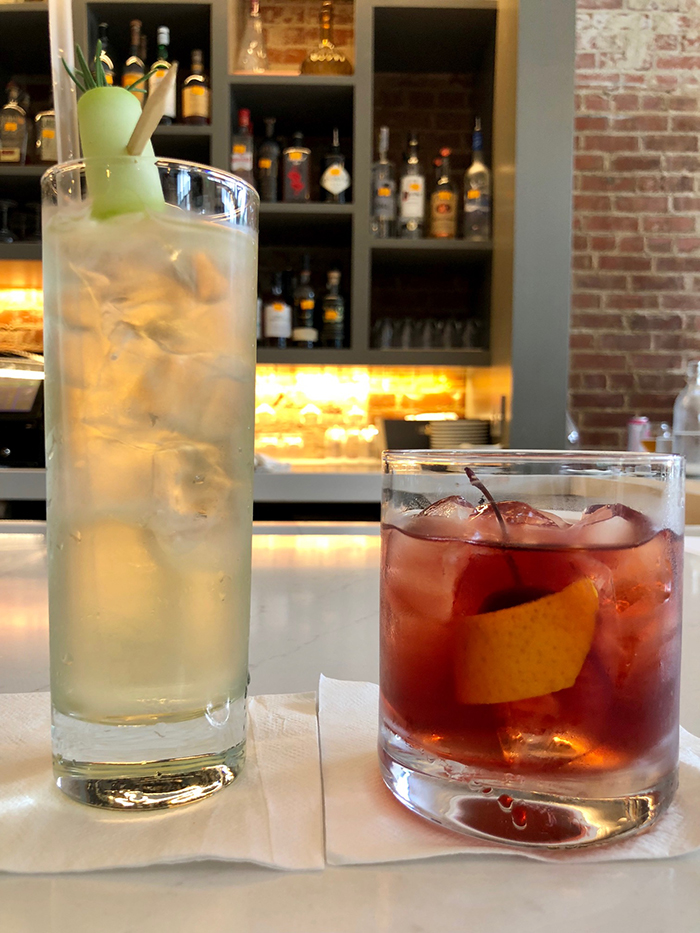 Cocktails at The Stanley in Elizabeth

H. G. Parsa, a professor at the University of Denver who studies and consults restaurants, estimates that because of the coronavirus, at least 10 percent of U.S. restaurants currently in operation will not be around in one year. Alcohol is significantly more profitable than food, so restaurants would stand to benefit from selling to-go mixed drink sales, he says.

But generally improving to-go options overall will benefit any restaurant hoping to survive coronavirus, Parsa says. At least 20 percent of menus should be designed especially for takeout, he adds.

That’s because even when restaurants reopen, there will inevitably be customers who prefer carryout or delivery. Not everyone will be comfortable in a crowded restaurant after a pandemic.

“Food that travels is the future,” Parsa says. “In other words, if a restaurant doesn’t have a menu that travels well, they’re not going to make it.”

The Crunkleton in Elizabeth is a Charlotte restaurant that has changed up its menu to accommodate to-go orders. The family style meals are new, for instance. And apparently, they’re very popular.

Owner Gary Crunkleton says food sales are currently down about 20 percent from when the restaurant was open before the pandemic.

Crunkleton says to-go alcohol sales would certainly provide a boost to sales. But he worries about the liability of it. 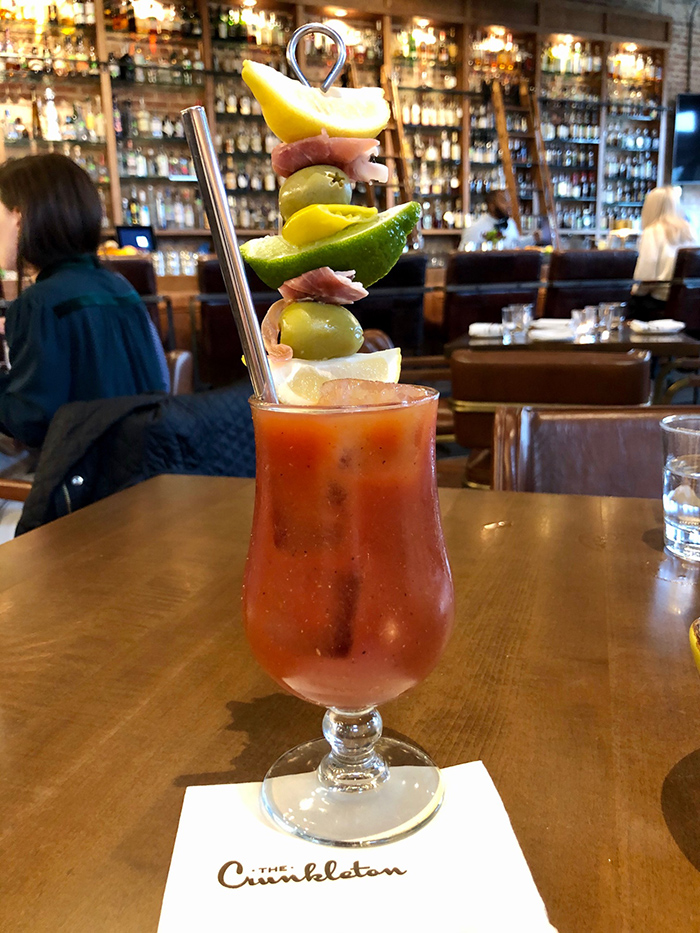 Bloody Mary at The Crunkleton

Allowing the to-go sale and delivery of mixed beverages during the pandemic is something the N.C. Restaurant & Lodging Association is advocating for on behalf of “thousands of restaurants across the state,” says Margo Metzger, the industry group’s spokeswoman.

Most of those have lost substantial revenue because of the coronavirus, she notes.

“This is part of an effort to find new ways to allow restaurants to operate and generate revenue within the confines of social distancing requirements, which may be ongoing for the foreseeable future,” Metzger said in a statement sent to the Agenda.

Recently, ABC boards, including Mecklenburg’s, announced a liquor buyback as a way to return money to restaurants and bars that’ve lost revenue because of COVID-19. Mecklenburg County set aside $1 million for the program. Locally, 41 permit holders returned $71,015 worth of product, Mecklenburg County ABC spokeswoman Julia Paul said in an email.

McGrady was among the lawmakers who requested that buyback stipulation from the state ABC.

“We were looking for ways to help the restaurants who were being severely negatively impacted at the same time that the ABC stores were doing better because they were the only source of liquor and distilled spirits,” McGrady says.

Moves like a buyback, and an allowance of to-go cocktails, is a step in the right direction, says Huebner of Dot Dot Dot. It just might not be enough for some restaurants.

“For restaurants and bars on the verge of going out of business, this is not going to save them,” Huebner says. 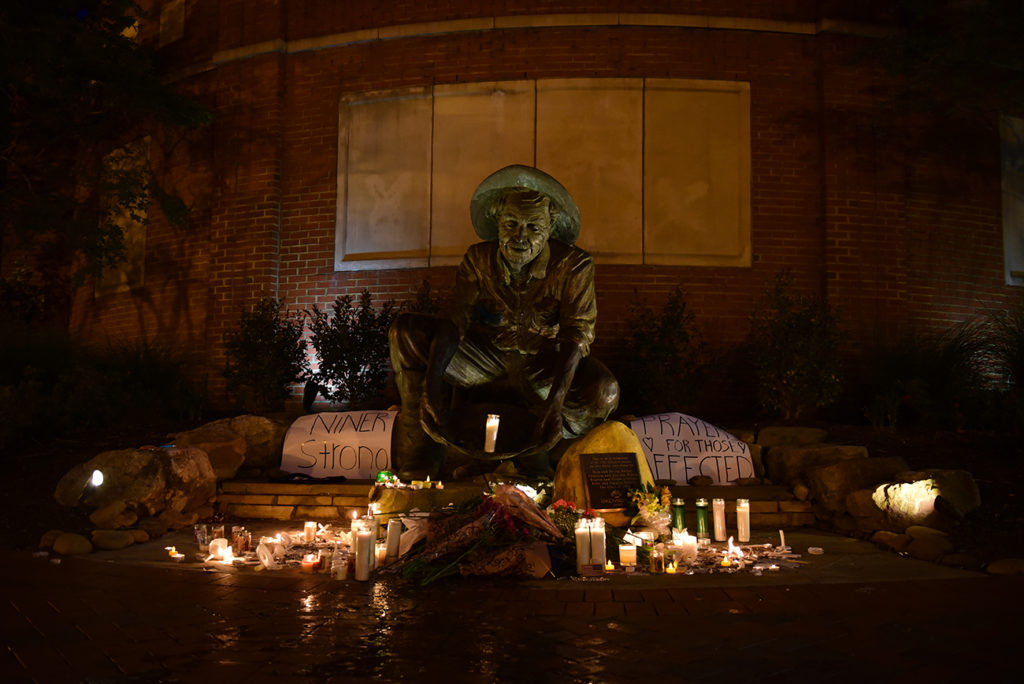