For Charlotte’s black community, coronavirus points to a much larger, complex issue 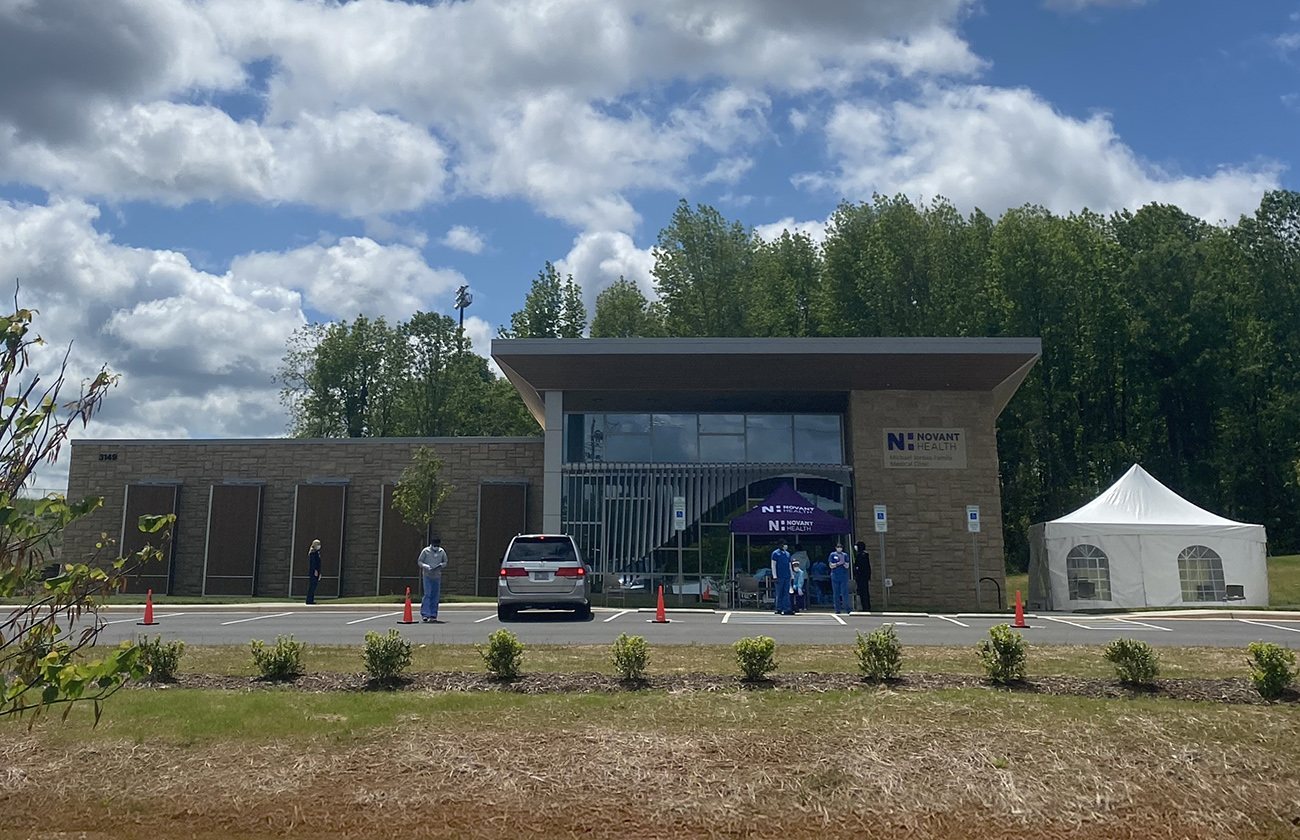 “Hello!” she says, answering the phone surprisingly cheery. A few minutes in, however, her voice starts to waver. It sounds like she’s holding back tears.

Crystal Cabbagestalk and eight of her family members have contracted coronavirus. Her aunt and uncle died within three days of each other, both of COVID-19 related complications.

“Imagine your uncle and aunt who have been married for 64 years, they have never spent a day apart, not one day, laying in two separate hospitals for a week and a half and then dying alone,” she tells me. “And then I feel guilty because I lived.”

And because she lived, she has to get back to work. Her job as a restaurant manager is classified as essential.

“Physically I feel well,” she says. “But mentally, I feel broken.”

Crystal lives an hour south of Charlotte in South Carolina, but she visits the area for her activism work and because she has family here, none of whom are sick, and none of whom she can see right now.

There are stories like Crystal’s all across the country. Stories of black families being torn apart by a virus that’s attacked them at a disproportionately higher rate.

Not because of genetics, but a broken system.

“This should not be surprising to us,” said Mecklenburg County Health Director Gibbie Harris after presenting a demographic break down of coronavirus cases and deaths during an April 8 press conference.

Even before the outbreak began, City Council member Braxton Winston says, it was clear the black community was at a greater risk.

“We live in worse environments so every crisis is going to affect us disproportionately. Whether it’s economic, whether it’s health, this is structural,” Winston says.

So much contributes to those structural issues, but the key factors Winston and other Charlotte leaders mention include access to nutritious food, availability of affordable housing, economic opportunity, and healthcare.

These aren’t new issues. They’ve received attention, especially in the past decade after a 2014 Harvard and Cal-Berkeley study listed Charlotte last among major U.S. cities in terms of upward mobility. The virus simply showed how one set of problems can become a host for others.

“Leaving people out over generations of economic gain and not building equitable community literally leads to death and destruction,” Winston says.

Let’s breakdown what this means for Charlotte’s black communities. Here’s how four of many factors play into a public health crisis such as a coronavirus.

People in these areas are more likely to rely on fast food for nourishment, which can have serious consequences on one’s health.

“A disproportionate number of us have diabetes,” says Ray McKinnon, senior pastor of South Tryon Community United Methodist Church, referring to Charlotte’s African-American population and Type 2 diabetes. “Many of us don’t have access to fresh fruits and vegetables.”

The North Carolina State Center for Health Statistics found black residents were 3.4 times more likely to die from diabetes. And anyone who gets coronavirus and has an underlying health condition, like diabetes, is more likely to get very sick or die from it, according to the CDC.

Housing: The stay at home order only added to the city’s affordable housing crisis. We’ve all been told to stay home, while many of Charlotte’s most vulnerable don’t have one.

Over the past century, Charlotte’s black residents have faced waves of displacement that came packaged under different names, but were displacement all the same.  There were the redlining policies of the 1930s and ’40s that gave black neighborhoods such as Brooklyn in Second Ward low credit ratings, ensuring low home-ownership rates. That rolled into “urban renewal” of the 1960s and ’70s, when the city razed those neighborhoods in the name of progress, pushing many families out from center city to west Charlotte. And now the word is gentrification, as developers flip some of those same west Charlotte neighborhoods.

The county has a shortage of about 27,000 affordable units. Hundreds of families find week-to-week or day-to-day refuge in motels or shelters.

Because coronavirus is so contagious, anyone who’s infected and living in tight quarters with multiple people will easily spread the disease.

“The number one prescription in this is the ability to go home, in a safe and secure home,” Winston says. “We need to get people housed in acceptable situations. And that has to be done immediately, we can’t just wait for market forces.” 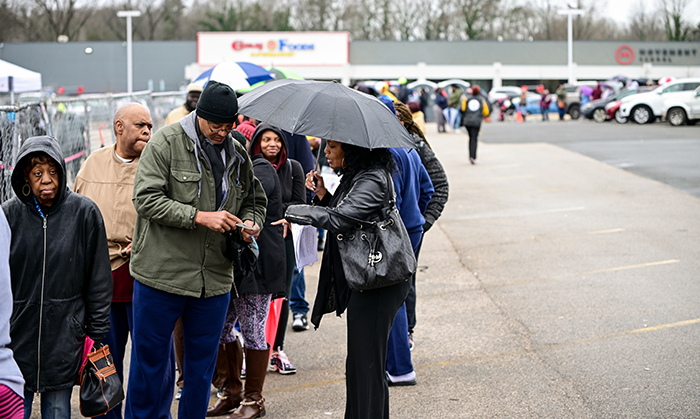 Essential workers: Much of Charlotte’s essential workforce is black. Anyone with an essential job that cannot be done from home is more likely to be exposed to the virus.

Healthcare: Many of those jobs are low-paying and don’t offer adequate health insurance.

Lack of coverage coupled with a historic distrust of medical professionals leaves a large number of Charlotteans of color without the care they need.

Almost a month later and following a push from the city’s black faith leaders, the county and Novant Health announced plans for a respiratory assessment center at the Michael Jordan Family Medical Center on Freedom Drive in Enderly Park. It was among the county’s first coronavirus testing sites in majority black neighborhoods specifically aimed at testing residents of color. Novant and Atrium also recently opened mobile coronavirus testing sites in underserved areas on the east and west sides.

Since releasing the demographics of coronavirus cases and deaths in Mecklenburg County, local leaders have acknowledged the disparity. 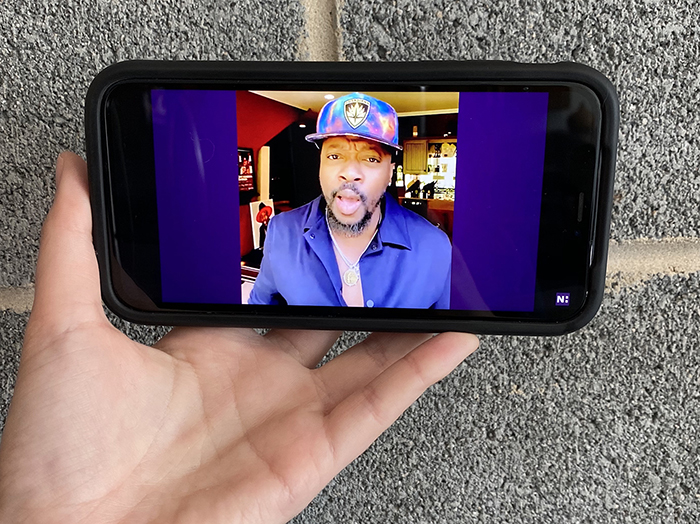 Winston says messaging is important, but it doesn’t get to the heart of the problem.

“Until you fix the structural nature of the policies that we live under, you will see disproportionate, inequitable affect of systems on black people, people of color, and people who live in poverty,” he says.

McKinnon hopes the pandemic serves as spark for needed change in Charlotte, but he fears the city will move on too quickly.

“As is true in Charlotte, we will move on to the next shiny thing,” he says. “We can’t just try to deal with this issue and once it’s ‘solved’ we leave it alone and fail to pull back and see the broader picture and the broader injustices.”

Families like Crystal Cabbagestalk’s have already been made painfully aware of the damage coronavirus can do. “(Other than) my mother passing away, this is the worst experience I’ve ever had,” she says.

For Crystal and all families affected by COVID-19, moving forward will take time.

“Why would this happen?” she asks. “It’s going to take me a while to get over this.” 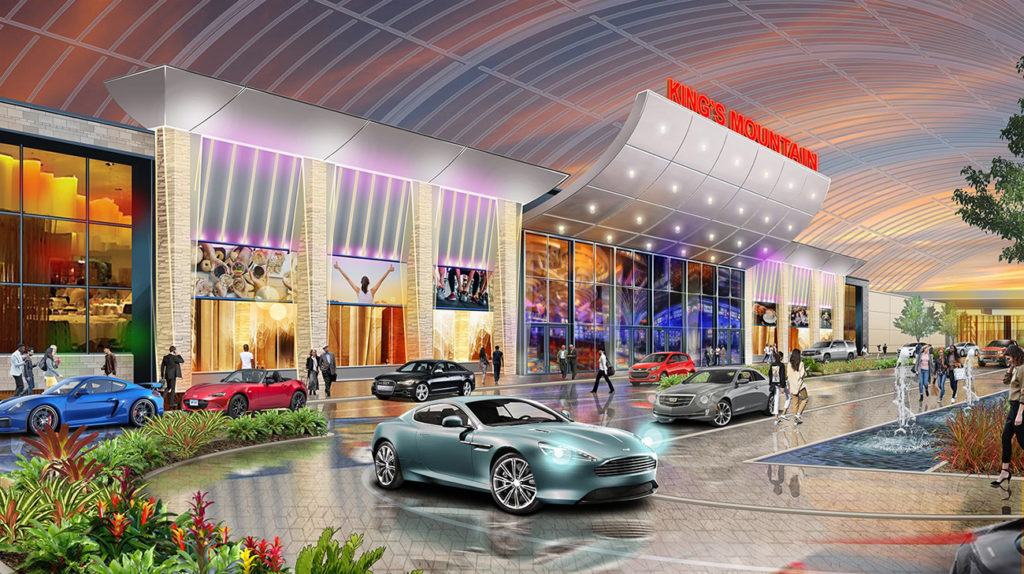