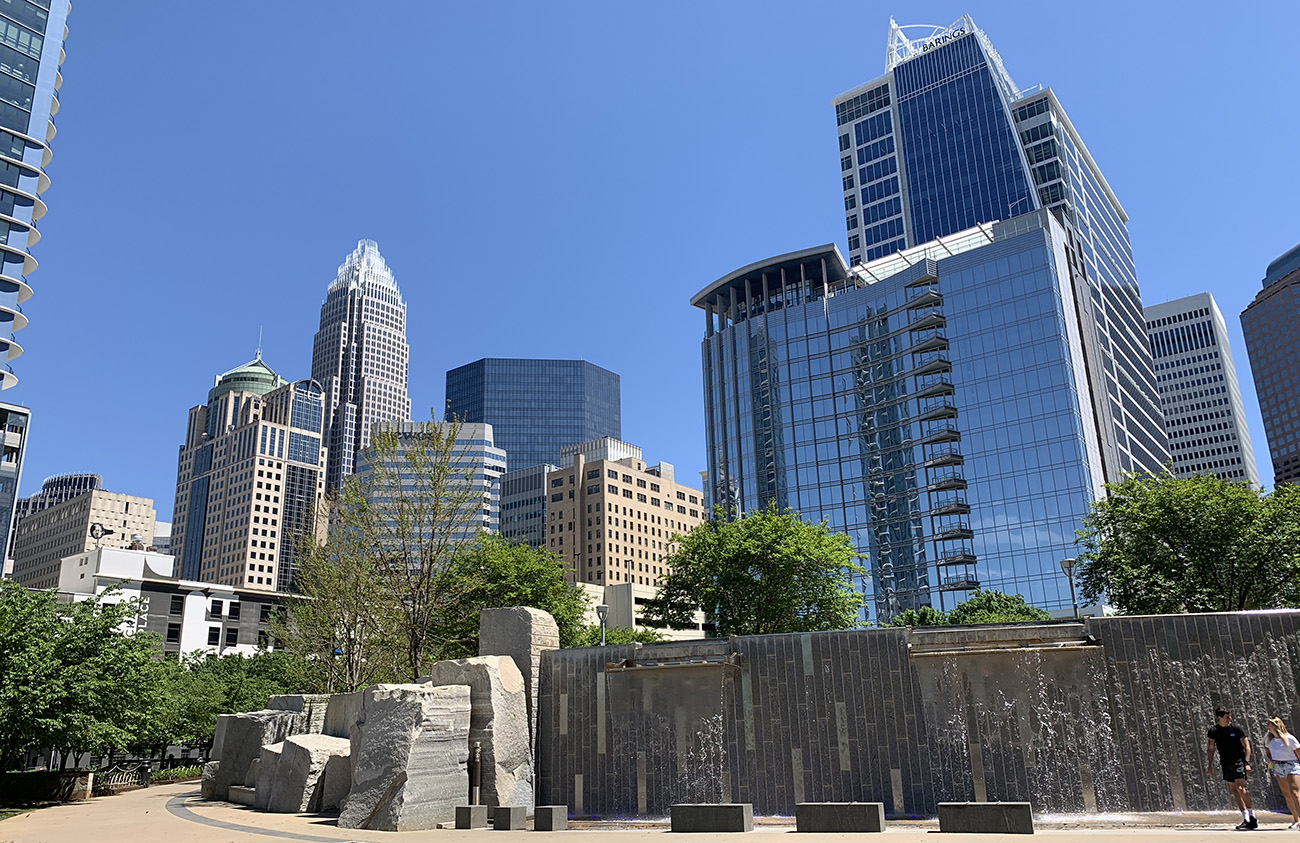 As soon as he learned he was going to be furloughed last month, Nathan Williams immediately went online and started applying for unemployment.

Williams has worked at a sports and events marketing agency in Charlotte for over seven years. When the coronavirus outbreak prompted the cancellation of big events, Williams’ agency started trimming costs. Some employees had to take pay cuts, the agency reduced other people’s hours. Williams’ boss informed him on March 22 his furlough would start April 1.

Williams describes the unemployment application process as frustrating. The website was buggy and crashed several times. He couldn’t get a hold of anyone over the phone, either.

“Because of the influx of people filing, the site barely allows you to login in a timely manner and once you actually get in, clicking on any menus or anything is a chore within itself,” Williams says. He’s called the N.C. Department of Commerce and Division of Employment Security dozens of times since applying. But he always gets the same message about high call volumes.

It has been almost three and a half weeks since Williams applied for unemployment benefits, but he has not received anything yet. He’s not alone, either.

Since businesses started closing their doors as coronavirus spread across North Carolina, the state has scrambled to provide support like unemployment benefits to people who’ve lost jobs. Workers in the Charlotte area have reported spending hours trying to file a claim online. Others, like Williams, can’t get through to a live person to answer questions about the process.

The state unemployment office is not used to handling such a large volume of claims. But it has been working aggressively to improve the application process.

Source: N.C. Department of Commerce and Division of Employment Security

To handle the surge, the DES announced plans in early April that included hiring 50 new staffers, contracting with a 200-person call center, adding more computers and servers, and doubling printing and mailing capacity. The office now has more than 850 people working to process claims.

“We are still looking to improve every single process so what I tell folks is, be patient with us,” says Larry Parker, spokesman for the DES.

“When you get through, when you get that claim set up, we will back date that to the day you were trying to file the claim initially.”

Further relief should be on the way, Parker says. This week, the state will begin paying out the weekly $600 that’s part of the federal government’s stimulus package. The maximum you could receive in jobless benefits in North Carolina was $350 before COVID-19, so the federal portion will bring the total to $950 a week.

And on April 24, the state will begin accepting unemployment applications from contractors, freelancers, and other people who are self-employed. Before Governor Roy Cooper mandated several changes to the unemployment process last month, those individuals would not have been eligible.

He issued an executive order that essentially lets employers file for unemployment benefits on behalf of a group of laid-off employees.

In a press briefing, Cooper said he and his staff are encouraging the DES to work as quickly as possible.

“Every claim is important and represents an unemployed worker on the edge. Their families and our economy need these funds as quickly as possible,” Cooper said.

Jennifer Krupa, who works in marketing for a dentists’ organization, tried to file for unemployment benefits when her employer reduced her hours earlier this month. She attempted to complete her online profile for hours, but the site kept freezing up. She was finally able to submit her application on April 5, but she got two error messages right away.

The first is about needing confirmation from her supervisor. She’s not sure what the second message means. She is not sure when she’ll receive benefits, either.

“Being that there still is the ‘alert’ on my file, I’m not confident that things have moved along. But who really knows?” Krupa says. 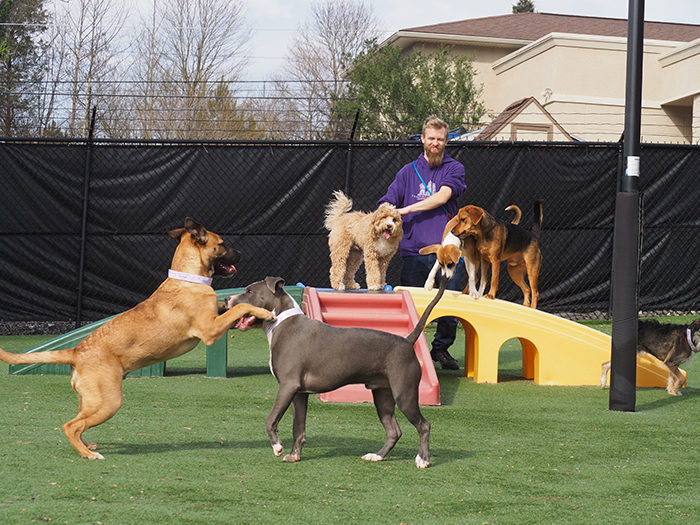 Chris Braund, co-owner of Pampered Pets Inn and the subject of an Agenda story last month, temporarily closed his Mooresville small business on March 30. He temporarily laid off 19 employees.

Despite the fact that they applied for unemployment weeks ago, Braund says, he is only aware of one who has received benefits.

The state unemployment office web pages are slow to load, he says. Often, the site will time out, indicating it’s taken too long to respond.

On top of that, the phone lines he’s tried relay a message that the office is unable to provide personal service “due to the overwhelming volumes.”

On the federal level, Braund hasn’t yet received any of the funds he applied for through the Small Business Administration, either.

“The last two weeks have been filled with lots of announcements by politicians that they’re moving heaven and earth to get money into the hands of individuals and small businesses to keep everyone solvent,” Braund says.

“Sounds great, but the announcement is the easy part. Delivering on the promise is challenging.” 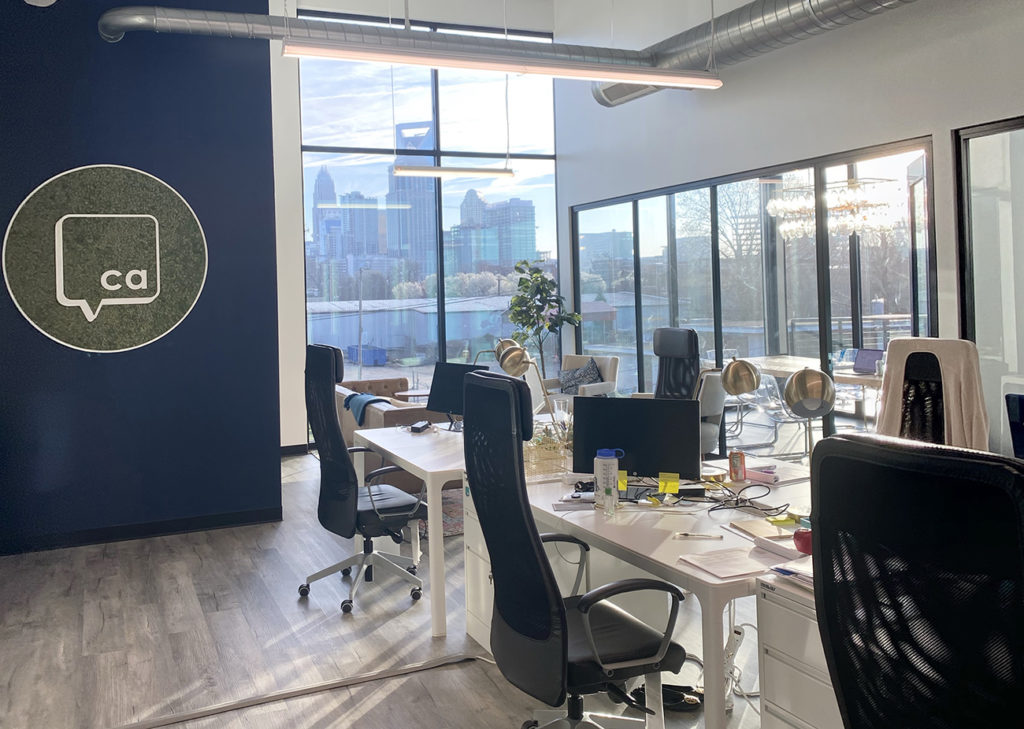 by Ted Williams and Michael Graff
Most Read
1
Kid Cashew on East Boulevard sets its opening for mid-January
2
Hello Friday. Charlotte Recycling Plant.
3
Starbucks on East Blvd will start to serve wine after renovations
4
Bleu Barn Bistro takes food from farm to food truck
5
May I smell your beer? 26 days without drinking
Most Recent Open Jobs