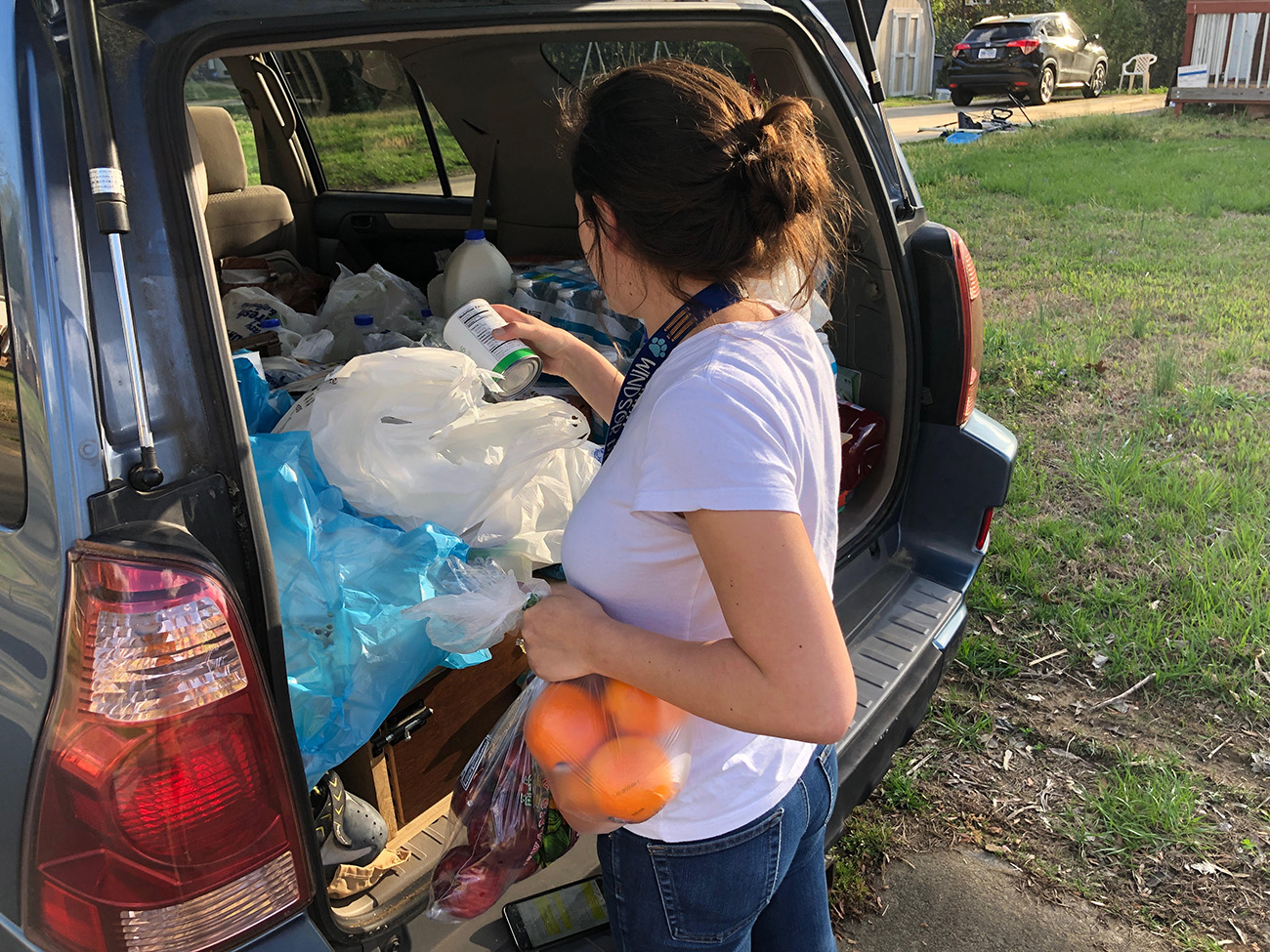 In mid-March, Paris Harrell received a group text from her friend asking, “What can we do to help the kids in your class?”

The group of seven girlfriends, all in their 20s, regularly communicate on a thread, and earlier in the year, they helped buy books for her students.

While Paris is technically a second-grade teacher at Windsor Park Elementary School, she has an unofficial role as a parent and family advocate at the Title 1 school, which has a high number of low income and immigrant families. In Paris’s class alone there are 20 children who speak half a dozen languages and represent over 14 countries.

With the COVID-19 crisis hitting families hard, normally, Paris would have already reached out to her friends with ideas to help, but Paris’s grandfather had just died. While he was not a victim of the coronavirus, his funeral was, as large gatherings are no longer an option.

After a small celebration of her grandfather’s life on March 17, Paris returned to Charlotte once again committed full-time to the challenges of her classroom.

Knowing many in the Windsor Wildcats family were struggling with groceries even before food shelves were being emptied for coronavirus stockpiling, Paris suggested her friends contribute to a grocery fund. With their donations, Paris made the first delivery the day after the funeral on March 18 and since then, it has been a spiral of good.

Everyone in the school from the principal, Shanna Rae, to teacher assistants have played a part in the program and donated much of the $3,000 Paris has raised. 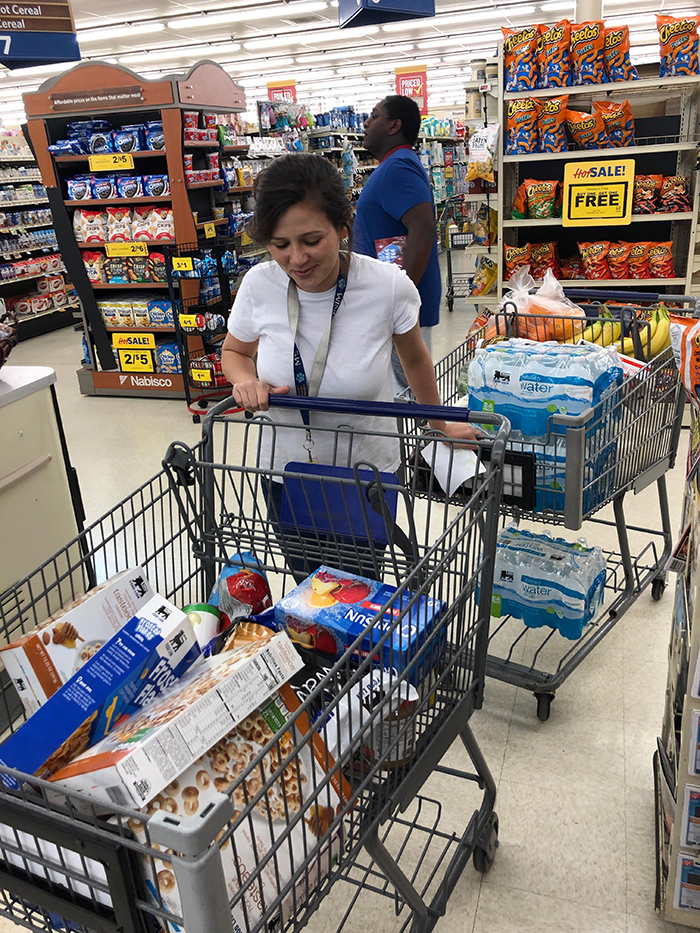 Paris shops for groceries at the Food Lion near Windsor Park Elementary.

When Paris and her fiancé, Avery Speight, make deliveries, practicing social distancing can be difficult, but essential. The children, who know her as “Miss Harrell,” run out to her car and attempt hugs.

“When can we come back?” they ask in English, in Spanish, or in Vietnamese. They may speak different languages, but they all want the same thing: to be in community again.

Delivery days can take up to five hours, so Paris uses an app called RouteXL that makes her route more efficient.

One day, she got lost and Paris was frustrated to think she wasted 20 minutes heading into the wrong neighborhood. As Paris was turning around in a stranger’s driveway, the homeowner pulled up and asked what she was doing with the bags of groceries loaded in the back of her car. After Paris explained her new program, the woman’s face lit up.

“That is what I am learning in all this,” Paris said. “Even when things seem wrong, they lead us to a beautiful place. Coronavirus is terrible, but we are seeing a lot of God moments through this as well.”

Want to help? Venmo the Wildcat PTO account so Paris and the Windsor Park teachers can continue to serve their community with deliveries. After the COVID-19 crisis, any remaining funds will be used to support the ongoing school pantry. In order to help other schools or struggling communities, Paris has documented her system so others can replicate and create their own network of drivers and shoppers. 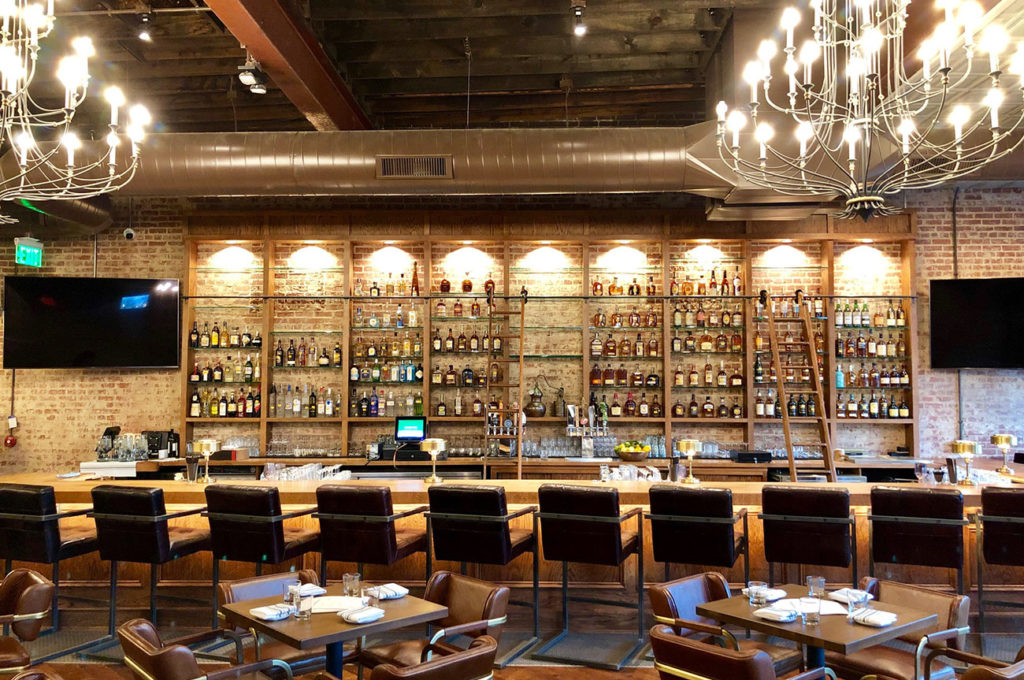