COVID-19 could slow development in Charlotte, but shouldn’t halt it completely 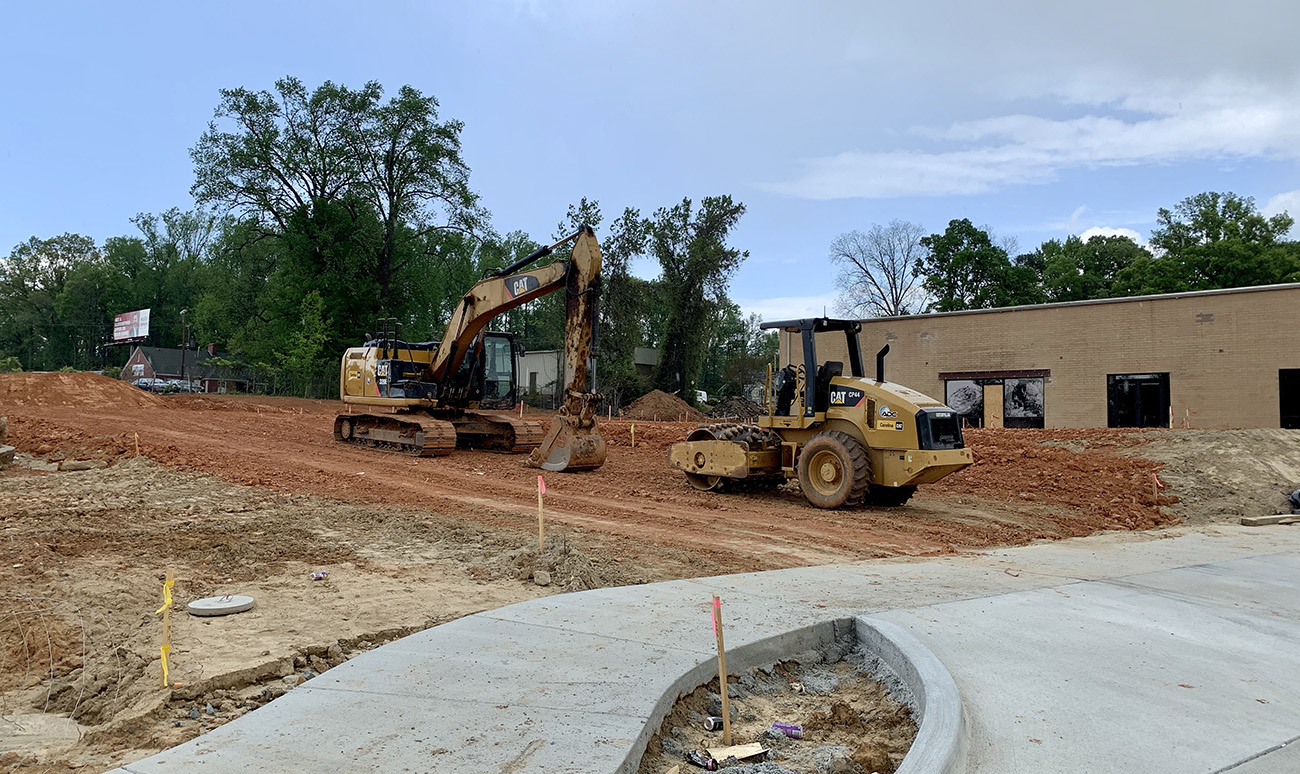 In the fall of 2009, construction abruptly halted on the nearly 50-story residential tower Uptown called The Vue. The project owners failed to pay the contractors. The site sat idle for weeks, a startling visual of the damage the economic downturn wreaked on the local construction industry.

The Vue, originally planned to be luxury condos, went into foreclosure after most of its units didn’t sell, The Charlotte Observer wrote in 2016. A developer later bought it and turned it into apartments. But for a while, it was one of the many projects that was temporarily stalled or delayed amid the recession. Other planned developments, like the hotel at the EpiCentre, were abandoned for years. Locally, the construction industry shed thousands of jobs.

Construction has always been a proxy for how well a local economy is doing. In recent years, as buzzsaws hum and cranes crowd the skyline, major companies like Honeywell and Truist have opted to relocate their headquarters to Charlotte. According to recent census data, roughly 120 people move here every day.

But with the economy hurdling deeper into another downturn amid the coronavirus outbreak, will development similarly hit the pause button in Charlotte, like it did over a decade ago?

Developers and a local economist say that projects underway are likely to continue, although perhaps with a delay. Charlotte is in a good position to bounce back, several said in separate interviews.

But planning the next iteration of big projects is difficult, given the uncertainty around the shutdown that the local stay at home order mandates.

Longtime local developer Grubb Properties has a number of apartment projects underway throughout the region. The company is also purchasing the Herrin Ice property in NoDa, where it is planning a mixed-use project with apartments and offices.

“This outbreak will make it harder for nearly every project to get started, and trying to get a large, complicated project going will be significantly more difficult,” CEO ​Clay Grubb says.

“You’ll see some projects stopped altogether, and the majority will be delayed.”

At the Legacy Union site in Uptown, crews are pouring concrete where Honeywell will soon house its headquarters. They’re installing glass at 650 South Tryon, the 18-story office tower that’ll house Deloitte and other companies.

For now, the project’s developer, Lincoln Harris, isn’t experiencing any delays at Legacy Union as a result of COVID-19. The developer’s other big project at Phillips Place is moving ahead as planned, too.

“Right now we’re moving as quickly as we can to get these jobs done,” says company president Johno Harris.

The ongoing coronavirus pandemic has forced the closure of gyms, restaurants, and malls, among many other businesses. But for construction workers, it’s still business as usual.

Most other adults are either working from home, or they’re without work altogether.

That’s because the county considers construction an “essential business.”

The county says construction projects can still go on because construction is “necessary for essential infrastructure and is a critical trade that supports other essential operations and safety concerns.” (A county representative said that local officials referred to federal guidance when drafting the stay at home order.)

The local contractor Marand Builders, for instance, has tight protocols for workers at each of its nearly 50 sites. Owner Francisco Alvarado says the company is asking workers to wear face masks when possible.

The COVID-19 outbreak has affected the workload for Marand Builders, though. A few clients have canceled or postponed jobs, Alvarado says.

“We’re starting to feel a little bit of a crunch. Without jobs, there’s no cash flow.”

Still, Alvarado hasn’t had to lay off any of his 130 workers yet.

Throughout Charlotte, it’s unclear how long construction will go on at its current pace.

With the rise in unemployment, the demand for office industrial and retail space is likely going to decline, Wells Fargo economist Mark Vitner says. That could weigh on the local construction industry.

“It’s going to cause folks to push the pause button on a number of projects,” Vitner says.

The owners of 10 Tryon, a 15-story mixed-use project Uptown, had planned to break ground on the long-delayed project in the second quarter of this year. The project includes a Publix on the ground floor, as well as office space and a rooftop restaurant. Now the developer, Armada Hoffler Properties, says that all of its projects are on hold.

The new Bohemian Hotel Uptown pushed its grand opening back to June from April. Nationwide, the COVID-19 outbreak has dried up hotel demand since large-scale events like weddings and conferences have been canceled.

For Aston Properties, most future projects are on hold, unless they were already under construction, according to CEO George Dewey. If they’re already underway, they will go on, although likely with a delay.

Aston, for instance, is redeveloping the old art gallery building on 36th Street in NoDa to be the new home of Amelie’s. At that site, crews continue their work.

Andy Henson, a local bar owner and developer, is still moving ahead with his five-story mixed-use project in Montford. It’s on the site where Southside was, next to Angry Ale’s. Once built, the project will have room for offices and enough ground-floor retail space to fit three restaurants.

Everyone locally in development seems to be in a “wait and see” mode, though, according to Henson.

“It is pretty scary, the idea of signing up for any huge project right now. What happens in six months, 12 months, 18 months?” Henson says.

“Luckily we’re not at that point. We’re moving ahead, and we’re excited about the project.” 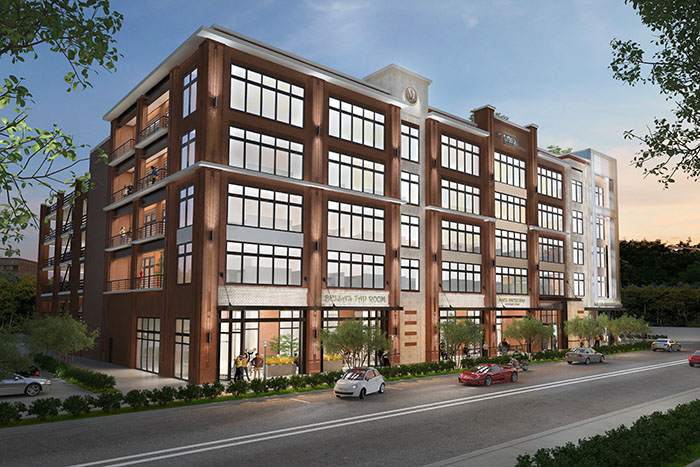 The “fundamentals” that made Charlotte a healthy market before COVID-19 should enable it to better bounce back when everyone goes back to work, says Vitner, the economist.

Those fundamentals include the city’s rapid job growth, and its relatively cheap cost of living compared with big metros like New York. Young people keep moving here, and the airport remains a major draw for big companies.

“Once we get a little more clarity about where the economy is going to be, and with Charlotte’s positive fundamentals remaining intact,” Vitner says, “I think we’ll see that most projects that should move forward will move forward.” 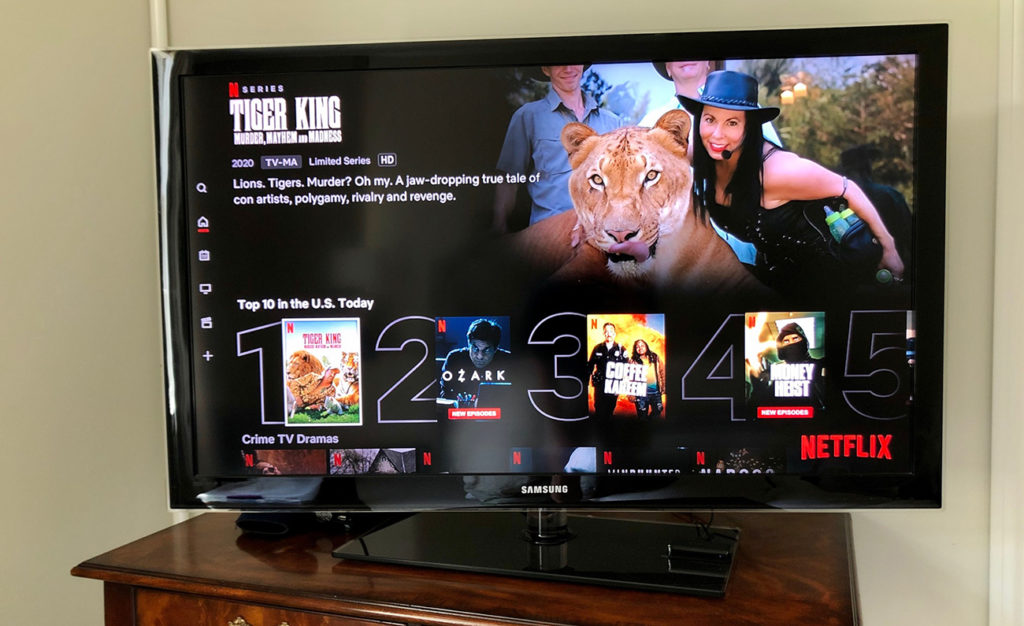