Blumenthal Performing Arts CEO Tom Gabbard is one week into a COVID-19 diagnosis. Here’s his experience

Tom Gabbard first noticed he had a low-grade fever around March 17. A few nights later, the fever worsened and he felt aches all over — like he had a bad case of the flu.

Gabbard, longtime president and CEO of Blumenthal Performing Arts, had recently returned from a trip to New York City and the United Kingdom, so he knew there was a chance he could have COVID-19 (novel coronavirus).

At that point, Mecklenburg County had fewer than 20 cases. Now there are 382, and Gabbard, one of the most influential people in Charlotte’s arts scene, is one of them.

Gabbard and his wife, Vickie, were in Manchester, U.K, when President Trump announced travel restrictions coming from Europe as an attempt to prevent the spread of coronavirus.

“When the travel ban happened, it was clear that this whole thing was going to be changing fast and not for the good,” Gabbard tells me over the phone on Monday evening.

He and Vickie made it back stateside without issue. But that was the moment the outbreak elevated from a distant risk to a serious threat.

After they landed in the U.S., they took a train to New York City to see a Broadway musical. As the leader of Charlotte’s largest arts organization, Gabbard sees an average of 350 performances and workshops every year and had already been in the city earlier that week.

While in transit, he got an email: Broadway to close indefinitely due to coronavirus. 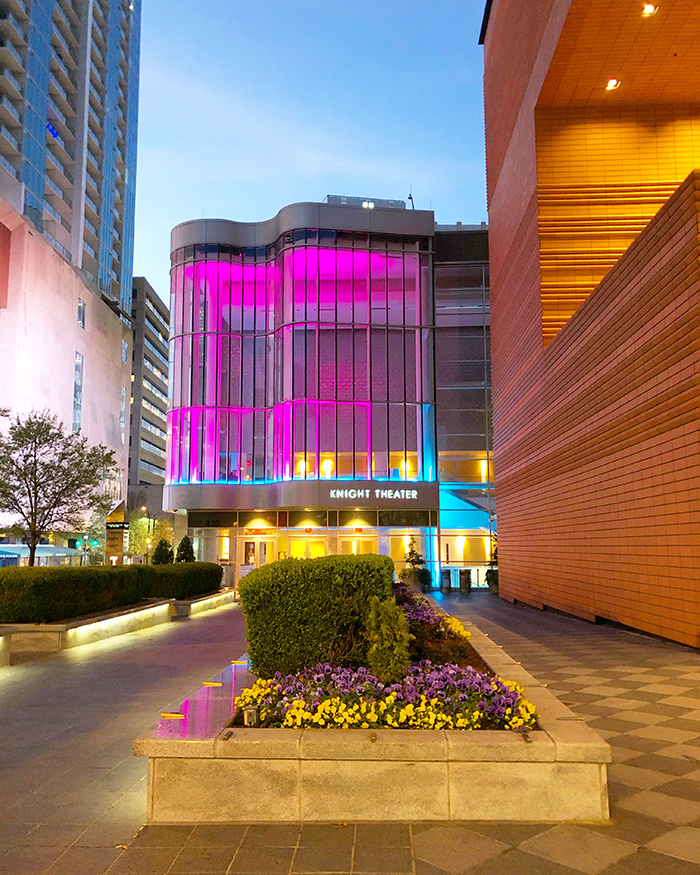 Tom Gabbard and his team at the Blumenthal — which includes Belk Theater, Booth Playhouse, Stage Door Theater, McGlohon Theater, Knight Theater (pictured), and more — have continued working remotely even with performances on pause for another month.

The Gabbards never made it to New York that night. They caught the next flight back to Charlotte from Philadelphia — but they feared they may have been exposed to the virus on another stop of their trip.

“We self-quarantined early because we had been on what I describe as a ‘tour of hotspots,'” Gabbard says.

They didn’t go into work or visit with friends. “We hunkered down right away.”

The couple even decided to quarantine from each other, settling in on opposite sides of the house. “We’re coming up on 43 years of marriage, so that has been odd,” he says.

It wasn’t long after they returned home that Tom, and then Vickie, started feeling sick. Considering Gabbard’s travel history, his doctor recommended he be tested.

The whole process was fast, he says. Gabbard went to one of many remote drive-thru testing facilities set up locally.

His fever had already subsided when he got the results: positive.

Tom and Vickie are feeling much better now, although they’re still in isolation.

They no longer have fevers, and Gabbard says his only lingering symptom is a dry cough.

“For us, it’s been an unfortunate nuisance, not as traumatic as some people,” he says.

Gabbard and his team at the Blumenthal — which includes Belk Theater, Booth Playhouse, Stage Door Theater, McGlohon Theater, Knight Theater, and others — have continued working remotely even with performances on pause until at least April 30, according to the statewide stay at home order.

Throughout the process, Gabbard says he’s felt “well taken care of” by his adult children who’ve dropped off food, and by doctors and public health workers who have called regularly to check in.

Gabbard does worry that others in the community aren’t taking this as seriously as they should.

“It’s one of these tough medicine things where we need to take the medicine and hunker down for a while,” he says, “all with the goal of getting better.” 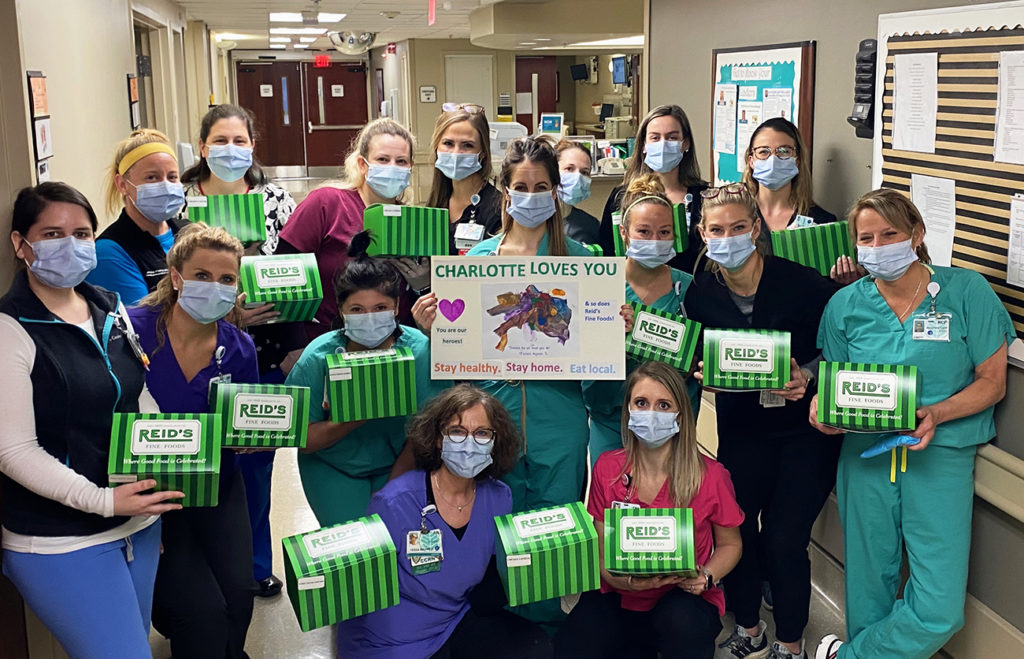