Coronavirus is crippling small businesses. What happens when rent’s due? 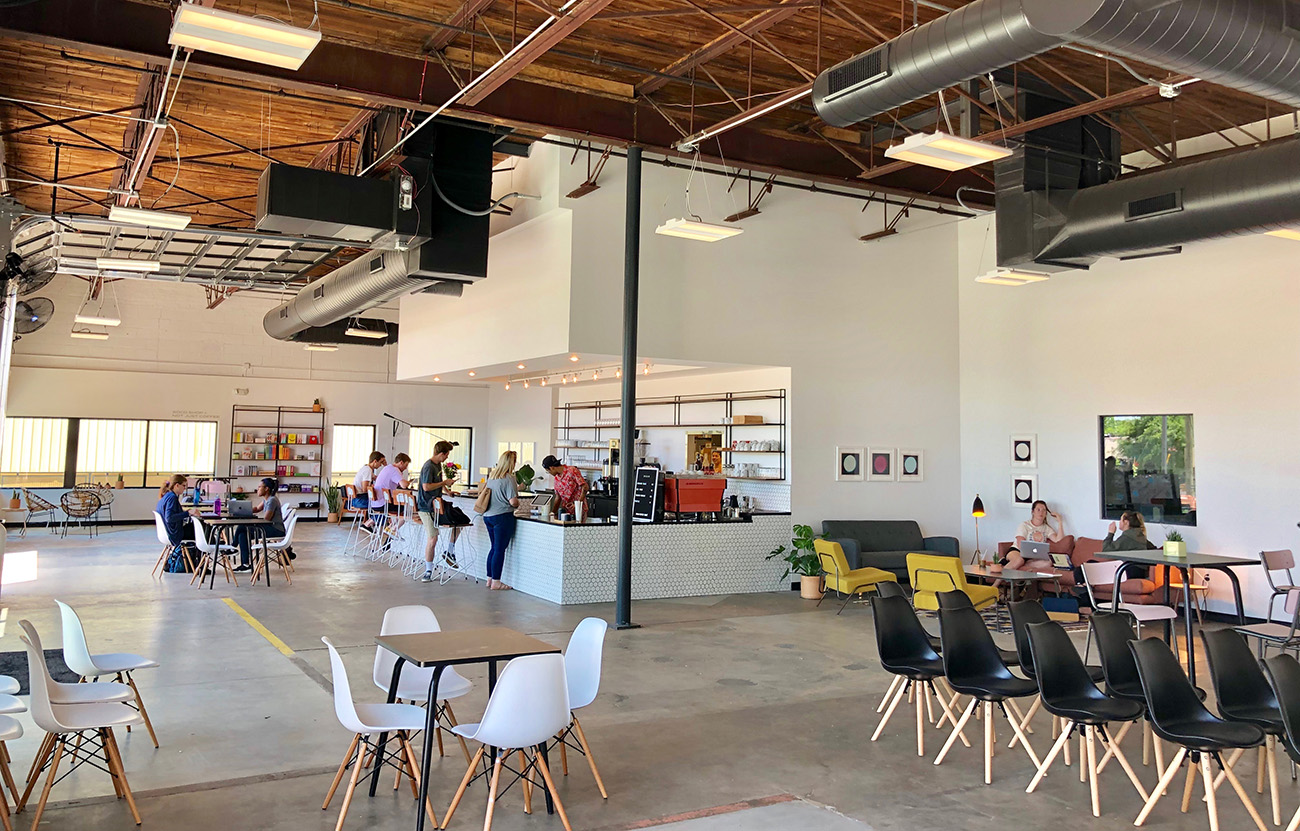 For many small business owners like James Yoder, it is exceedingly difficult to pay rent when your revenue has completely dried up.

Started on the heels of the country’s last downturn in 2011, Not Just Coffee has become a household name in Charlotte. Its growth has been bolstered by demand for good coffee and a comfortable spot to hang out and, of course, Charlotte’s insatiable appetite for avocado toast. For a while, business has been good.

That all came to a halt two weeks ago, when Yoder decided to shut down all five cafes amid the looming threat of coronavirus. He couldn’t imagine a scenario in which customers could safely sit and sip coffee side by side. Since then, local and state officials have banned social gathering, the lifeblood of cafes like Not Just Coffee.

Yoder furloughed his entire staff of almost 50, most of whom were full time. He and his business partner and wife, Miracle, sold off some inventory. The Yoders, who have three kids, won’t have an income for the foreseeable future.

They considered some kind of to-go option, but haven’t yet figured out a solution that’d make sense financially.

Right now, the business’s biggest fixed expense is rent, which usually makes up 6-8 percent of its total revenue.

Essentially, Not Just Coffee is relying on the goodwill of landlords to weather the storm.

“I saw the writing on the wall and emailed all of our landlords a few weeks ago,” Yoder says. One landlord has decided to waive April rent, which Yoder calls “a huge relief.” He’s hoping the others do, too.

Before all of this, Not Just Coffee had been expanding. In 2017, Yoder opened his newest, sleekest coffee shop, near the Food Lion in Dilworth. It has an expanded menu, including cocktails, beer, and wine. On any given day, it’s so busy that finding one open seat is difficult. “The nature of our business is low ticket, high volume,” Yoder says.

Now, Yoder fears what’ll happen if the coronavirus shutdown extends into May. It could mean keeping only his most profitable cafes.

But, he adds, “I don’t want to think about closing any of our locations yet.” 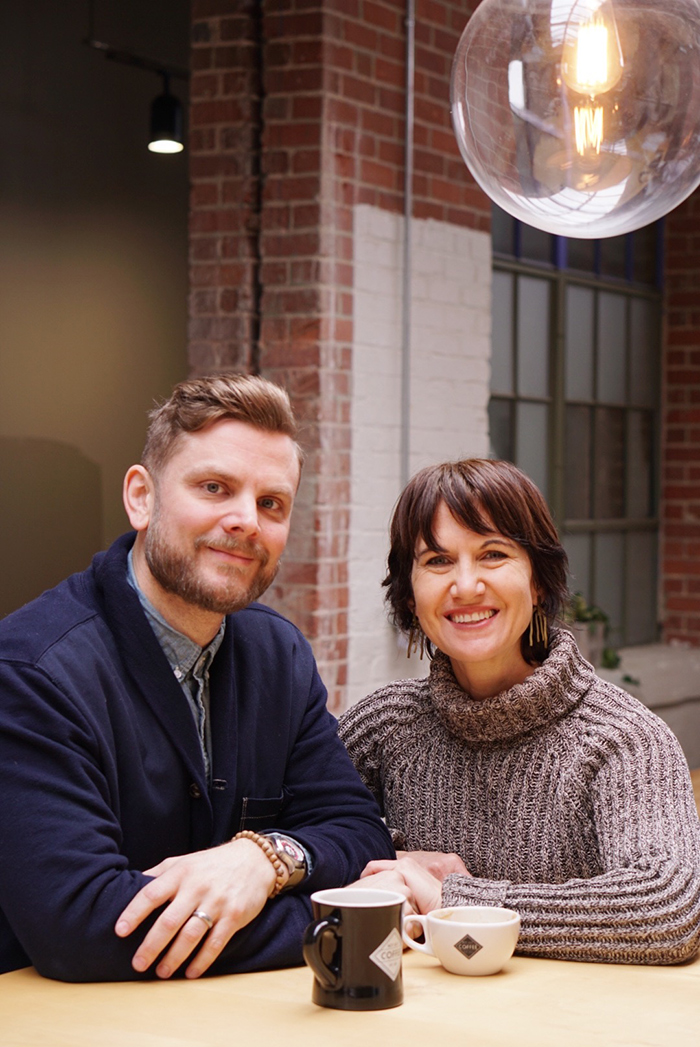 For the last few weeks, restaurants and bars in Charlotte have eked by on takeout and delivery orders. Local retailers are leaning on online sales.

If they have any revenue, it’s a fraction of what it once was before the outbreak, before local officials required non-essential businesses to shut their doors.

Many have looked to trim costs by laying off or furloughing workers. Statewide, more than 200,000 workers have filed for unemployment because of the outbreak.

But one major, hard-to-avoid expense remains: rent. And for millions of companies, it’s due on the first of the month — this Wednesday.

In a COVID-19 press briefing last week, county manager Dena Diorio said that she’d like to see landlords temporarily waive rent for small companies “to help them stay in business.”

Some small businesses like Not Just Coffee are working with landlords to figure out a temporary solution like that.

Instead of evicting tenants who always pay rent on time, he says, landlords could consider options like temporary leniency, or charging tenants for the next few months’ rent next year.

“Smart landlords are going to exercise patience. You can’t go and backfill a best-in-class tenant at the drop of a hat,” Williams says.

Megan Orrell, owner of the women’s clothing boutique Boem, says she is hoping to get some relief on rent for her shop, which she opened in SouthPark in 2008.

Orrell closed the doors at the store on March 23, before county and state officials mandated her and other small businesses to do so. She wanted her five full-time employees to be early in line for state unemployment benefits.

Orrell has been handling the processing and shipping of online sales in recent days. They make up just a fraction of regular sales, though. They’re not substantial enough to get by on.

“A whole week of online sales is about what we could do in our store in a day,” Orrell says.

Boem had announced plans to open at Atherton Mill this spring. The goal was to take possession of the store April 1, but because of this outbreak, Orrell says that will have to be pushed back. 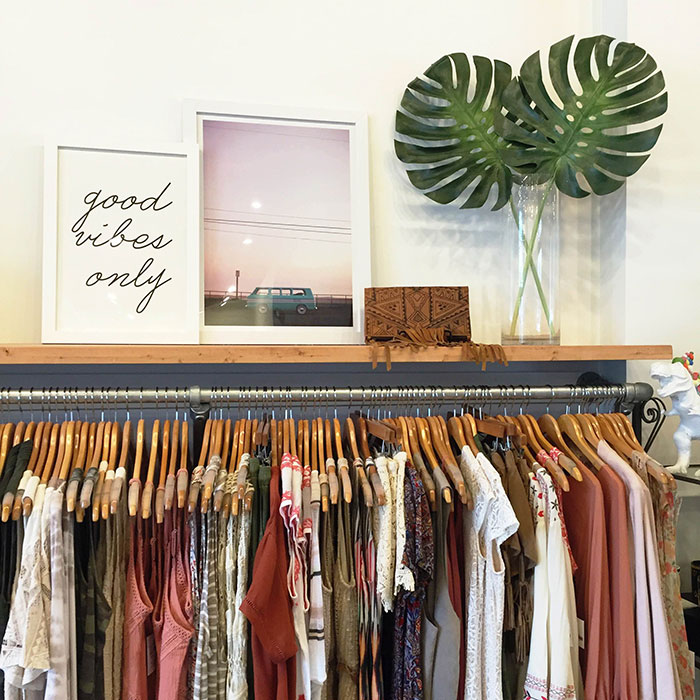 Boem’s store in SouthPark, which owner Megan Orrell opened in 2008.

It is not the fault of small local businesses that they are struggling because of this outbreak, notes Williams. They did not choose to close their doors.

Where it gets murky, Williams says, is when landlords are just as cash-strapped as their tenants. If the landlord works mostly with retail tenants, the risk is even higher. The need to collect rent is even more dire.

Nobody tends to “feel bad” for landlords. They’re often perceived to be wealthy, even if they’re not.

Some landlords in Charlotte are insisting that their tenants pay up, despite the circumstances.

Residents of 300 North College — which includes Queen City Social Lounge, Top Golf Swing Suites, The Imperial, and Lucky’s Bar and Arcade, among others — are being told to pay rent for the month. According to property records, the owner is an entity called 300 N. College Station LLC. Trinity Partners manages the property.

In a letter to tenants March 20, the property owner said that while they understand the financial hardships tenants face, they themselves have obligations to lenders.

“As owners of the property, we have payment obligations – monthly debt payment and lender forced cash sweeps for real estate taxes and insurance – and loan stipulations, that do not make it possible for us to grant rent relief right now,” the letter read. 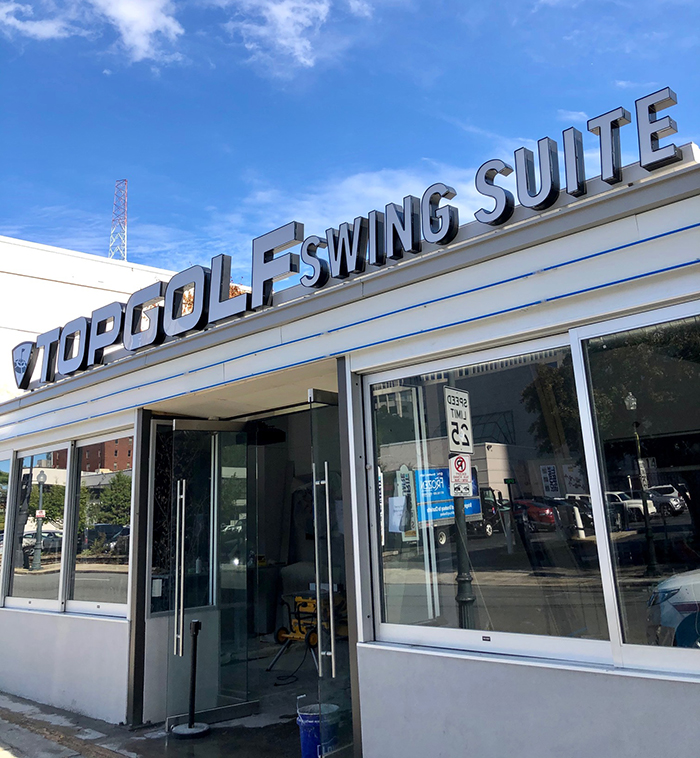 Not all businesses will be able to weather the storm — particularly if they were already struggling to get by. If they have to use the rest of their capital to pay rent, they might not last much longer.

“There are a lot of people out there (for whom) this is kind of the nail in the coffin,” Williams says. “You have to assume this is going to destroy their business.”

Charlotte’s small businesses could consider low-interest loans from the federal Small Business Association. Those cover rent, utilities, payroll, and other business expenses. Under the federal stimulus package passed last week, some of those loans will be forgiven if businesses meet certain requirements.

Otherwise, many small businesses don’t have large rainy day funds to weather a prolonged economic slump. They don’t usually have enough capital to sustain themselves for long periods of time with little or no incoming revenue.

In a national survey of 597,000 small businesses, an analysis by JPMorgan Chase Institute found that only half said they held enough cash to last them for 27 days.

One large national restaurant operator, The Cheesecake Factory, recently informed its landlords it will not be paying April rent because of COVID-19.

The chain, which operates nearly 300 restaurants nationwide, said in a securities filing that it has furloughed 41,000 hourly workers, and that its corporate employees are taking pay cuts. The Cheesecake Factory said it is working with landlords on a number of options, including potential deferral, abatement, and/or restructuring of rent.

“We have very strong, longstanding relationships with our landlords,” chief financial officer Matthew Clark told the Agenda in a statement. “We are certain that with their partnership, we will be able to work together to weather this storm in the appropriate manner.”

The Agenda contacted numerous prominent landlords in Charlotte, and they either say they’re still figuring out what to do about rent that’s due, or declined to comment.

Edens, which owns big shopping centers like Atherton Mill and Park Road Shopping Center, says it is still in conversations with tenants. “We understand that this is a very tricky time right now,” spokeswoman Claire Wei said in an email.

Lincoln Harris, which owns several large properties including Phillips Place in SouthPark, declined to comment. Crosland Southeast, the new owner of the 12-acre property that includes Central Square in Plaza Midwood, was not available to discuss rents.

“We are working with our tenants but are not willing to speak publicly on the matter,” said Sam Judd, managing partner of Asana Partners, the developers behind the Design District in South End.

Once this is all over, businesses that have been around for a while, like Yoder’s Not Just Coffee and Orrell’s Boem, say they’re hopeful they can bounce back.

After all, both survived and grew after the last downturn. For now, though, expansion is something they’ll think about later.

“Our primary focus,” Yoder says, “is making sure there is a business to come back to.” 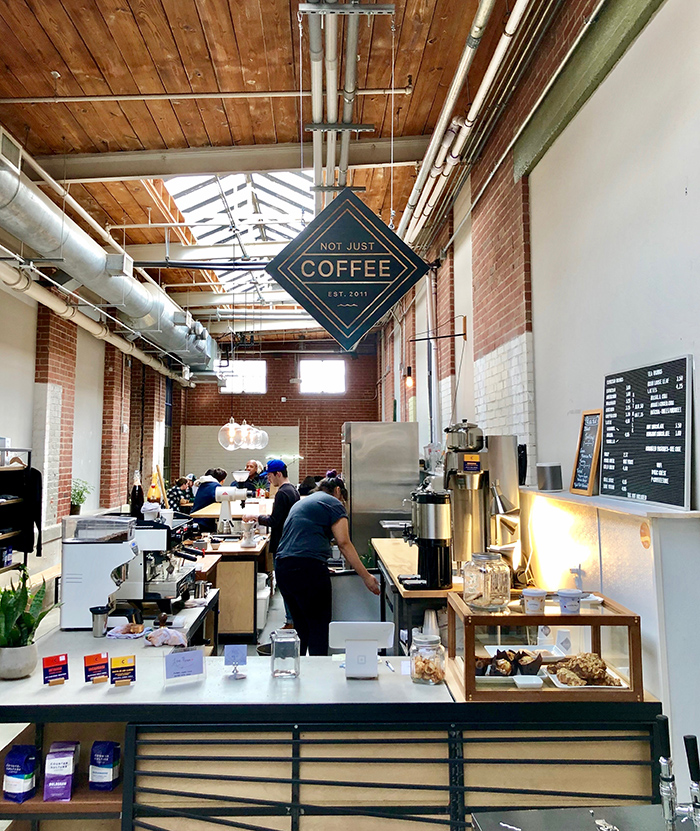 Correction: A previous version of this story misidentified the property owner of Northside Station Uptown.

EatWorkPlay quietly returns with a new name and a new mission: selling $20 masks