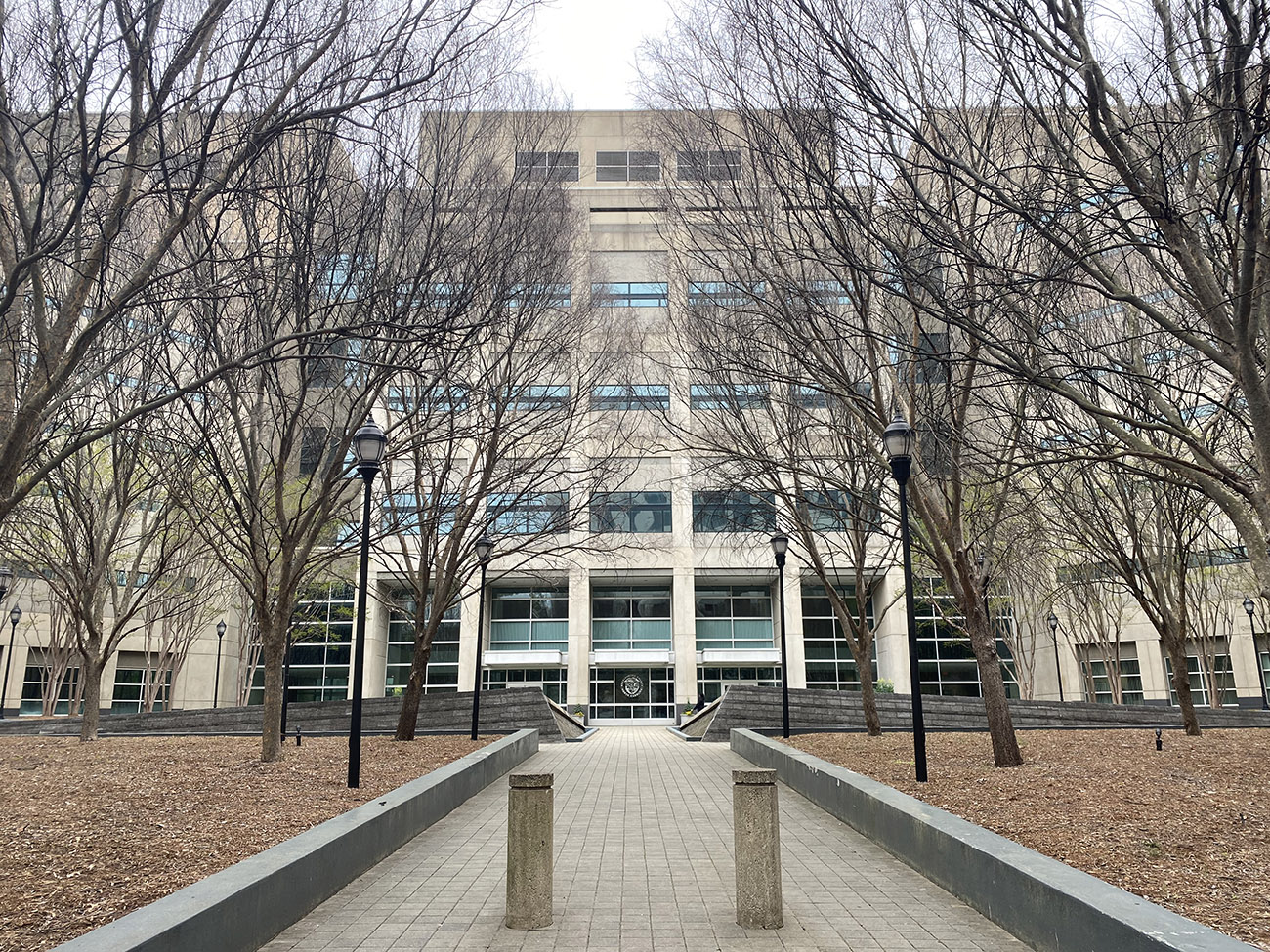 In some ways, the Mecklenburg County Detention Center is among the safer places to avoid COVID-19. Inside is a controlled environment where inmates live, sleep, and eat.

Compared to the comings and goings beyond its walls, the building is safer than most. But the danger of the coronavirus to the jail doesn’t come from within the jail — it comes from beyond it.

“Think of a fortress,” says Sheriff Garry McFadden. “The Alamo was a great fort until it was breached.”

Once breached by the coronavirus — which seems more of a “when” than an “if” — the closed nature of the jail becomes its greatest vulnerability. Until then, the jail builds a fortress-like defense against COVID-19 with new protocols: daily screenings for staff, video visitations for inmates, intensified sanitation, and, like everywhere else, a lot more hand washing.

But each day, the jail faces the same invisible enemy that we all face: COVID-19 can spread before it reveals a symptom. Some people test positive for the coronavirus without becoming symptomatic, yet still become contagious. Someone — a guard, doctor, or new detainee — can enter with no fever, no cough, no international travel history, and obey every protocol.

Still, COVID-19 can enter the jail, a building holding about 1,500 inmates in a closed environment.

“It’s a catastrophe waiting to happen,” says Tim Emry, a Charlotte criminal defense attorney. “If COVID gets in the jail, it’s going to be disastrous. Our jails and prisons are places where infection and disease spread like wildfire.”

Nearly two-thirds of those held at the Uptown jail have been charged and await trial, and — according to American law — are presumed innocent. Many remain there because they can’t afford to pay bail, including some who are homeless. They face a danger common to jails everywhere, in cities that mitigate the risk with tools like early inmate release and modified arrest strategies. How, in the midst of a pandemic, can jails retain a commitment to public safety while protecting the health of those inside?

COVID-19 is breaking in. 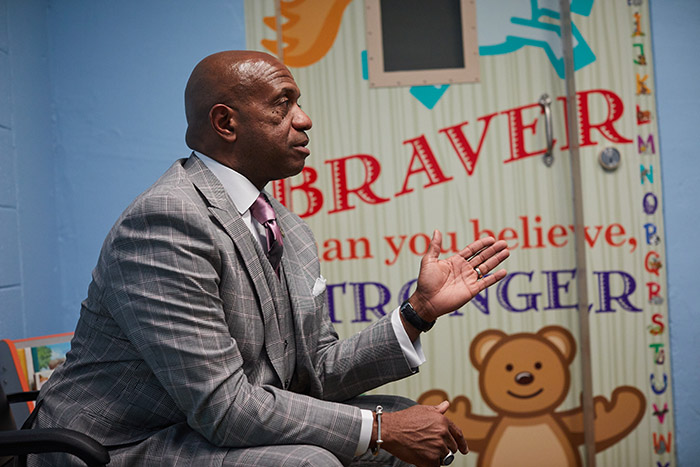 Sheriff Garry McFadden in the family visitation room in the Mecklenburg County Jail. Amid the coronavirus pandemic, inmates now visit with loved ones virtually instead of in person. (Logan Cyrus/Agenda archive)

When McFadden enters the uptown detention center, he joins the back of a line and stands at a piece of tape six feet behind the person in front of him. He makes the point: No one, not even the sheriff, bypasses the coronavirus screening. When it’s McFadden’s turn, a guard takes his temperature and asks about his travel history, symptoms, and exposure to people with coronavirus symptoms. He signs in and adds his name to a register of everyone who enters.

“I tell my guards: Your job at this front door is more important than any other job right now. Any time you open that door to let someone in, including me, it takes a chance,” McFadden says.

For those already inside, education is a priority. Each pod within the jail — which includes anywhere from 20 to 54 inmates — has town hall meetings about coronavirus. Inmates learn about the virus, its symptoms, and its spread. They learn about the jail’s “see something, say something” policy, instructing them to tell staff immediately if anyone, including themselves, exhibits symptoms.

“They are important to me,” McFadden says. “If they see something and don’t say something, then we have a crisis inside.”

Emry passed through the detention center’s screening last week to speak — through a plexiglass divider — with two of his clients. He commends the jail for good screening practices for people who enter, but wants those practices extended to those already inside. His clients, for example, do not get temperature checks.

McFadden says that those who leave and return the jail require screening, while those who stay there pose less risk. Yet inmates — who have contact with guards and staff — may have COVID-19 for up to two weeks before developing a cough.

If an outbreak occurs in the jail, the building has the capacity to isolate 60 people. Yet with a total building capacity of 2,000 — about 500 more than its current capacity — McFadden says that areas can be transformed into isolation spaces for the sick.

This points to another idea: When containing a contagious virus within a jail, the fewer people there are inside, the better. While McFadden controls operations within the jail, decisions about who enters and leaves it rest with CMPD and the courts.

CMPD: No new strategy for arrests

To reduce the number of new people entering a jail during the coronavirus pandemic, some police departments have changed arrest strategies. Some haven’t.

Police in Fort Worth and Denver now cite low-level crimes in lieu of arrests. In Los Angeles, the police department reduced arrests in March about 14 percent, year over year, to minimize impact to the jail. The New York Police Department — which had 177 officers test positive for COVID-19 as of March 25 — has no plans to adjust its arrest strategies due to the virus, however.

Amid the coronavirus outbreak, the Charlotte Mecklenburg Police Department has not changed its guidelines for arrests. The department continues to give officers discretion in law enforcement responses, according to an email from CMPD spokesman Rob Tufano. Still, arrests have declined somewhat. Arrests during the week of March 16 — when the community response to COVID-19 intensified — decreased five percent from the previous week.

Now, CMPD has a new order to enforce. A violation of the stay-at-home order can result in a Class II misdemeanor conviction. In a statement, CMPD says that they hope to enforce the order through conversations and education, and only escalate to citations or arrests when those measures fail.

A group called Decarcerate Mecklenburg demands more. It’s created an online petition which, in part, demands a cite-and-release policy for all people charged with misdemeanors and low-level felonies. Last week, CMPD made arrests for such offenses, including second-degree trespass, possession of cocaine, and drinking beer or wine while driving.

“I wish that CMPD and other law enforcement agencies would be called to the carpet and made to explain how they are serving the public good by arresting people on low-level misdemeanors and felonies, when they can be cited,” says Emry, who is part of Decarcerate Mecklenburg.

The jail population remains especially vulnerable to the coronavirus, Emry says. Within the jail are those who are immunosuppressed and older. Some people, because of poverty or homelessness, may not have sufficient sanitary practices.

“God forbid (COVID-19) gets in (the jail) period, but God forbid it gets in there by someone who got arrested for a misdemeanor larceny, and the officer — rather than giving them a ticket — took him to jail. And then he got a bunch of people sick … and some of those people end up dying,” says Emry.

“How do you explain that to the loved ones of those people?”

Another method to decrease the jail population amid COVID-19 is to offer early releases to those on low-level charges. This is being done in New Jersey, which hopes to reduce its jail population by 1,000 inmates because of the coronavirus. It’s also the case in New York City, Cleveland, and Los Angeles.

It’s also happening here. District Attorney Spencer Merriweather agreed to reconsider pretrial confinement decisions over coronavirus, allowing public defenders and defense attorneys like Emry to plea for early dismissal for their clients. Judges review each case to determine if the detainee can be released without creating a threat to public safety.

But Emry has grown impatient with the case-by-case review. He wants judges to release anyone held on misdemeanor and low-level, non-violent felony charges.

Emry believes that the current policy leaves the poor and homeless confined in a jail susceptible to COVID-19 because they can’t afford to leave. “We’ve got people too poor to buy their freedom,” he says.

“As both the detention center and the entire community will be under increased strain, my office will continue to work diligently to ensure that people in pretrial custody are the people who need to be – no more, no less,” Merriweather said in a statement.

The idea of a blanket approach to cite or release anyone accused of a misdemeanor would be efficient to reduce the jail population. But misdemeanors don’t only include crimes like violating the stay-at-home order and drinking beer while driving. Many domestic violence charges are misdemeanor offenses, including assault on a female, assault with a deadly weapon, assault by pointing a gun, and some child abuse offenses.

“There is no school, mom and dad are home. The children are home. We’re in a crisis, and fear has settled in,” McFadden says. Most of the usual outlets — malls, restaurants, sports, time with friends — are no longer options.

“I’m worried because I’m looking at my past experience as a homicide investigator. You have now created the perfect domestic violence storm.”

To release those held on misdemeanor domestic violence charges during a time of shelter-in-place may endanger victims. Emry believes that those accused can be released and monitored electronically when needed.

But some jails, like in Salt Lake City and Los Angeles, don’t take that chance: They exclude inmates accused of violent offenses — including domestic violence and sex offenses — from their early-release programs.

Samantha Pendergrass, a Mecklenburg County assistant district attorney who supervises misdemeanor domestic violence cases, says that a blanket approach for these early-release cases is not reasonable.

Domestic violence cases must be considered individually, reviewing inmates’ criminal history, their level of danger, and input from witnesses and the alleged victim. Pendergrass talks with victims to hear their concerns, to ask about their safety plans, and to learn if they’re comfortable with the inmate’s release. Some victims agree to the inmate’s early release; some don’t.

“This is a real danger,” Pendergrass says. “We always want to talk with witnesses and victims, keeping the victim’s rights and safety of utmost importance.”

Balancing the needs of vulnerable populations

Protecting the jail population from coronavirus seems like a near-impossible task. It mirrors the dilemmas found in other closed, communal spaces — like hospitals and nursing homes — that remain essential, even during a pandemic. We can cancel concerts. We can’t cancel jail.

“If that’s really our priority, let’s be about it. If it’s not our priority, then tell the truth — say hey, we’re throwing these people away and we don’t care.” 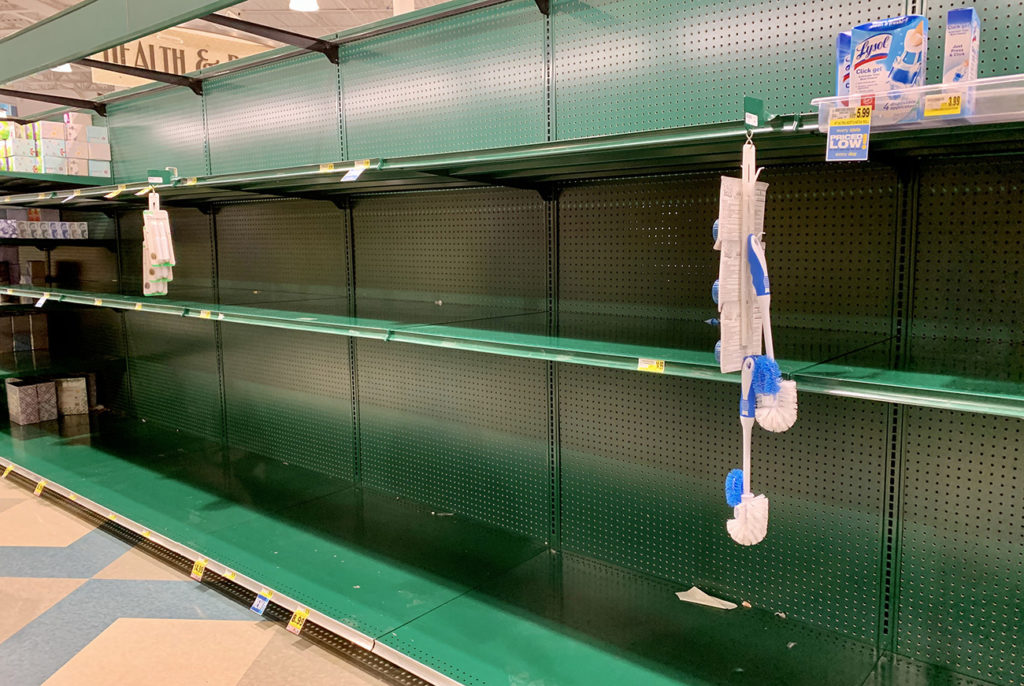