How the Food Truck Friday development could have been better 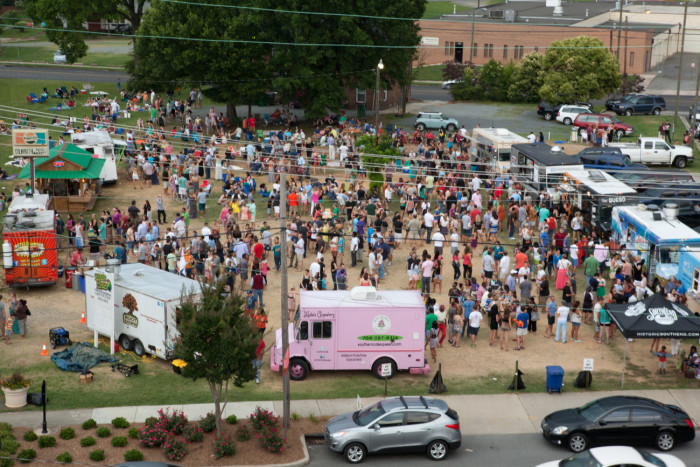 On Wednesday, I published a story that received an overwhelming response. The South End lot surrounded by Park Avenue, Camden and Tryon (you know, the one with the Food Truck lot Friday and Common Market) is going to be developed into a suburban monstrosity of terrible architecture, uninviting plaza space, and worst of all: the continued destruction of our history. I asked you all to reach out to LaWana Mayfield, city council representative of the area and the response was amazing. In fact, it was so amazing she had to draft up a form email to send to everyone.

I received more emails in agreement with me than I ever have for any article I have written for the Agenda. More Tweets, more Instagram comments, more of everything. I fear, however, that we will fall on deaf ears unless we continue to try to have our voices heard.

The simple fact of the matter is 300-plus jobs and a $100 million-plus investment is on the line for the city. I can’t blame them for not wanting to kill the project and not wanting to cause a ripple with the company that’s planning to move in to the building, Dimensional Fund Advisors.

But I am not asking that Dimensional and the developer, Cousins Properties, abandon their plans to develop the site. What I am asking is that they re-evaluate their current plans and deliver what they promised in the first place: to blend in to the neighborhood, become part of the community and continue developing the urban experience in South End.

The Charlotte Business Journal recently posted an article on the project quoting a lawyer representing Cousins, who said the talks being had with neighborhood stakeholders have been good and that they’ve had positive conversations with people in South End.

I would love to know to whom he’s been speaking because I have never seen a project get such an overwhelmingly negative response of animosity and hatred. I would urge them to speak with a larger population of the community, which will accurately represent the true response. Being from Cleveland, the Cavaliers are very close to my heart and I think there is a parallel to LeBron James and Dimensinoal Fund Advisors / Cousins Properties. For many in Cleveland, it wasn’t that LeBron left, it’s how he left. Here, it’s not that they’re developing this location, it’s how they are doing it.

A friend of mine, Clayton Sealey (@nibletodell), designed in the course of an afternoon a site plan that rights all the wrongs of the current design. Let me dive in to it and explain why it’s better. Not only does it save the historic buildings (the Common Market building is still gone, but stay with me), it activates the street with a large amount of retail.

Here’s what the new site plan does right that the old one does wrong:

A few other details in the new site plan:

Now, this site plan doesn’t make up for the current design, but I am confident if you told the people we could save the Common Market and the existing historic buildings, people would be much more open and excited about this plan.

Yes, we are still losing the food truck lot, but honestly it’s best served elsewhere. I have always wanted them to close Camden Road and make it pedestrian-only for Food Truck Friday, but I don’t think the city will let that happen in the near future. Also, there are rumors that the site at Morehead and Mint is a possible new location.

I am realistic in the sense I am not sure what good we can all do, there is too much money and job potential at stake. Groups in South End are hard at work formulating a plan, and the rezoning meetings are a public forum.

Currently this is scheduled to go for review December 14 at the City Council’s business meeting at 4 p.m. The presentation will likely begin at 6 p.m. The meeting will be Government Center (600 East Fourth Street) on the eighth floor.

I want to be crystal clear: I am not bashing the city, Dimensional Fund Advisors or Cousins Properties. They are bringing jobs and money to the city and that’s an excellent thing. Dimensional seems like a great company and Cousins has many great projects throughout the city. However, they have made egregious oversights in their planning that I want to bring to light so they will hopefully be addressed.

When Dimensional was here announcing their expansion to Charlotte they seemed genuinely excited to come here, and perhaps this was just a result of them not considering the consequences, not considering the area properly and not considering all the design possibilities. Hopefully they are progressive enough to look closely at the area their plans and work to do right for the neighborhood.

I will continue to cover this project as it develops. 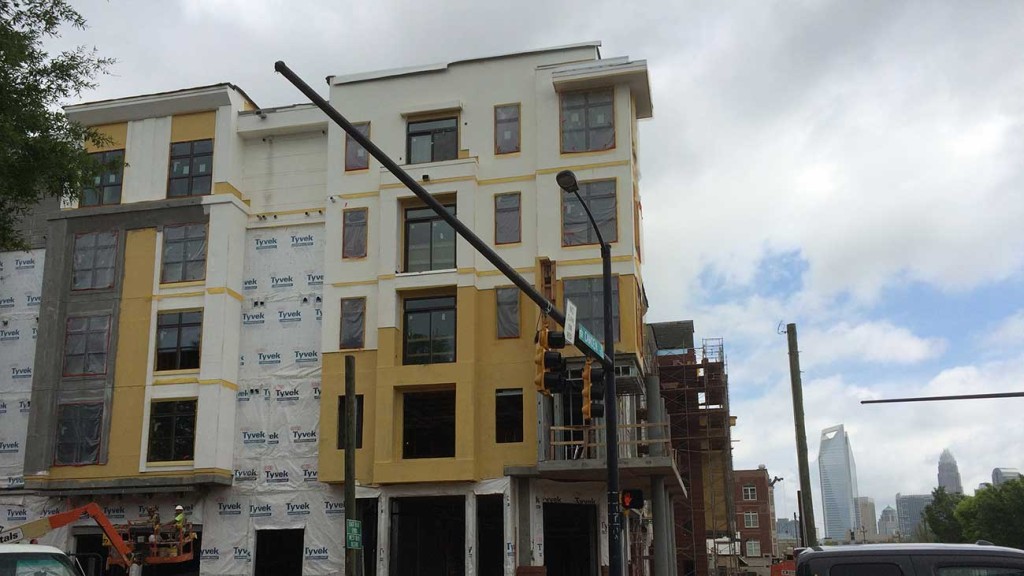 Why the Charlotte apartment industry isn’t worried about a bubble