A great conversation is like experiencing exceptional art. It can inspire you. It can plant ideas in your mind and set off a series of synaptic fireworks lighting up your connectome as long dormant neurons leap to life! John Hairston Jr. and I had one of those conversations last Friday at the Common Market. You can listen to it here.

John Hairston Jr’s artwork seduces your attention like a ripple in reality with colors so bold it’s as if you’re tasting the rainbow with your eyes. John’s been creating art his entire life. From the time he could hold a pencil, he’s been drawing.

“My mother used to give me pens in church because I wouldn’t sit still, so she would give me pens and I started drawing that way. Then when I started going to school, my teachers would take away my toys…so I would draw my toys and add things to make them cooler….basically since I’ve been able to use my hands I’ve been drawing.”

The idea of the artist’s life is alluring for most people, but it was always John’s goal to be a professional artist, and for the past seventeen years he’s been living that dream. The reality of the artist’s life speaks to commitment and ability and to believing in something bigger.

“I can talk all day and people can just tune me out, but that artwork is impactful. That’s my cave painting. That’s my proof of life… It’s like Voldimort and the horcruxes. That’s kind of my approach to art. I’m putting this much of my soul in all of these different places…so I can never really go anywhere…because there are parts of me all over the place…it’s immortality.” John’s art is an ever-evolving process. He’s always learning, pushing himself to master new techniques and styles, adding more weaponry to his arsenal, and better equipping himself to tell his story, his way.

“I started putting together shows and working on pieces that focused on a theme. For example I did a predominantly Norman Rockwell themed show…where it was me interpreting Norman Rockwell in my own style. I did a whole bunch of those themed shows, and each time I would do that I would learn a new style… and apply that style to tackle more successful artwork using what I learned.”

Over time not only has John’s style matured, but the way he uses art has changed. “There used to be a time where I was super emo. I would handle a lot of personal issues on canvas… I don’t do that so much anymore… Now, I do a lot of commissions and every couple of years I’ll do a show where I have something to say…while trying to challenge myself to do more than I did the year before”

There’s a thoughtfulness to John’s shows. He is both the artist and the curator and he wants to make sure his core concepts connect with the audience. He used to put on a show every few months, but now he’s spaced that time out more, putting more time into the pieces and the message of the show itself.

“I’m always trying to find harmony in the paintings to where every color is equally represented and it’s balanced…As I get older I just want to be able to refine more…I want to make every piece as if it’s the last piece I’ll ever make.” Music is an integral part of John’s process.

And when the music hits him, John’s been known to let his inspiration flow creating live paintings of performers, during their shows. Making pieces of art live, adds a whole new dimension to the show itself, and leaves a footprint of the show, a one of a kind tangible representation of an evanescent event.

These spur of the moment live paintings are John’s way of unleashing his creativity without putting it through the rigors of his own critical eye. To let his talents fly and his skills soar unadulterated by the inner editor, pure creation set free by the music of the moment.

Needless to say John is a very busy man. You can see his artwork all over Charlotte, from the Goodyear building at the corner of Tryon and Stonewall, to the entrance to Sushi 8 at the Music Factory, to the mural inside Panthers Stadium and pieces in the Mint Museum’s permanent collection.

If you want to see more of John’s work check out his website at allcitystudios.com and follow him on instagram @JAGOLACTUS_. For those music nerds out there, you also need to follow John on Spotify, he’s killing it. With all he has going on John finds the time to teach Illustration and Sequential Art at UNCC, keeping his love for the craft alive and passing that inspiration on to the next generation.

“It was given to me and I’m grateful for it…to have that torch, carry it and pass it on…that’s the only way you can really show thanks.” 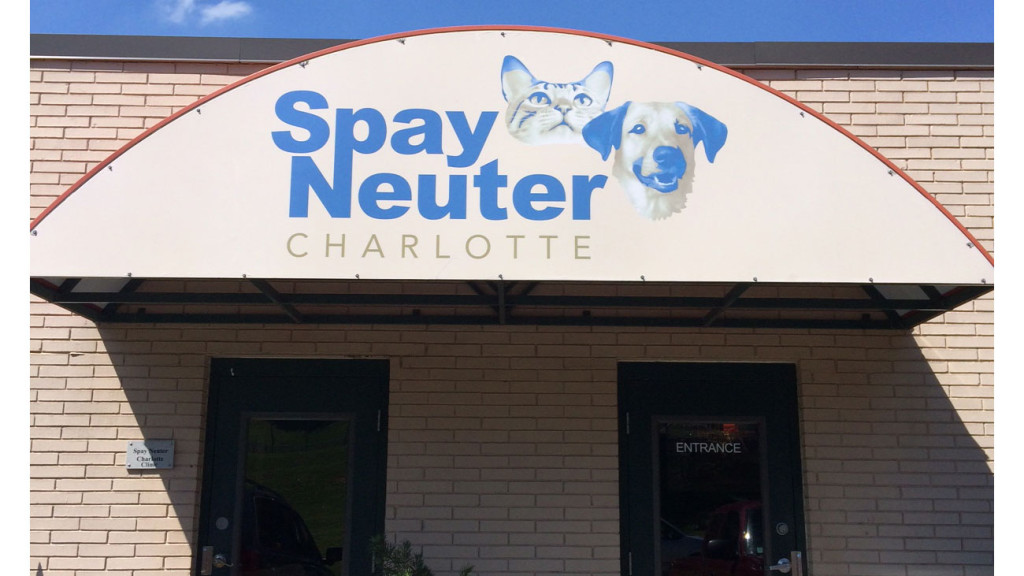 A look at Spay Neuter Charlotte: More welcoming than your doctor’s office