Car Zombies: How our commutes are killing us (and what we can do about it) 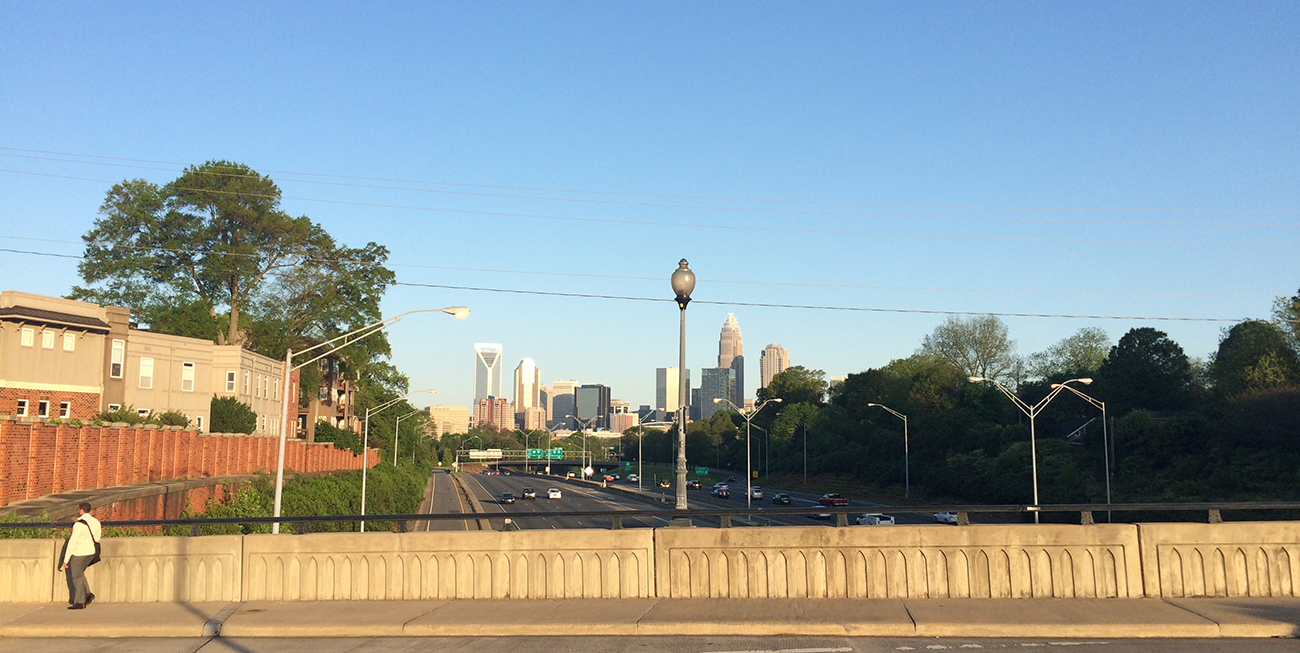 It’s depressing to think about how much time I spend in my car everyday driving to and from work. With a 40 minute commute, I spend 1 hour and 20 minutes a day, 6 hours and 40 minutes a week, and 26 hours a month getting to work and back home.

That’s more than 12 days a year–time that could be used finishing my novel, exercising, or spending precious time with my family.

Instead, for those 12 days a year, I’m a road-raging zombie listening to podcasts, Howard Stern and NPR.

And I’m one of the lucky ones who goes against traffic every day. I can’t image the stop and go fury one feels sitting on I-77 or Independence Boulevard every morning and afternoon.

We’re a city full of automobile zombies, half alive, burning through dollars and poisoning the air we breath.

Depressed yet? It’s even worse when you factor in Charlotte’s booming population and the lack of political will statewide to do anything about it other than taunt us with the false hope of adding a toll lane here, or a road widening there. It makes us feel good in the short term, but only feeds our addiction to cars. It’s like a heroin addict getting a pain-relieving fix, only to need more dope the next time around.

Shannon Binns is an unlikely person to offer me hope. Founder and executive director of Sustain Charlotte, he’s constantly battling entrenched notions that Charlotte has to be an automobile city. In 2014, Sustain Charlotte launched Transportation Choices Alliance to “increase transportation choices and their use throughout the Charlotte region.” Shannon knows we have to act now to break our addiction–the stats he cites are nightmarish:

And while recycling pizza boxes and installing energy efficient light bulbs are important to Shannon, transportation and land use is his focus these days. There’s not another economic, social or environmental issue bigger in the long range health of our city, or us.

There is hope. Despite Charlotte’s current transportation woes, Shannon is surprisingly optimistic the city can turn it around. But it will take a monumental shift in thinking about the way we get around in Charlotte and perhaps some short term pain for long term gain.

“It’s not too late,” Shannon said. “Our population is growing rapidly, so we need to rethink where we will build new housing developments and what transit options we will have in place in the future.”

Here’s where to start:

(1) Live closer to where you work. Ok, that’s a lot easier said than done. But once you factor in the time spent in your car, the amount of money for gas and the effect idling cars have on the environment, trading a big house in the ‘burbs for something smaller in the city doesn’t seem so far fetched.

(2) Carpool more often. Other than living closer to where you work, sharing rides is the next biggest thing we can do right now to improve transportation in this city. Even sharing a ride a few times a week can have a big impact. Try sharetheridenc.org to find a carpool buddy.

(3) Get involved. Shannon is bullish on the city of Charlotte’s transportation plans. The 2030 transit plan, for example, calls for commuter trains down Independence, north to Mooresville, and to the airport. The trick? We have to support our government’s investments in alternative transportation options. Ride the bus or train more often. Write emails to local leaders. Vote the politicians out of office in Raleigh who can’t see past their noses when it comes to investment in transit. “If you care about long term sustainability, you have to be supportive of these public investments in transit that will ultimately give us the transportation choices we need,” Shannon said.

(4) Use the sidewalks. Charlotte didn’t require developers to build sidewalks for nearly half a century. They have a lot of catching up to do, for sure. But in areas where there are decent sidewalks, try walking more often when doing small errands like getting a few groceries or going to the gym.

(5) Pedal more often. Charlotte has an awesome network of bike routes throughout the city, marked by signs and usually on lesser traveled roads. Oh, and did you know it is legal in Charlotte to ride your bike on sidewalks most everywhere except Uptown? In areas where sidewalks are getting little use–down Monroe Road for example– try biking on the sidewalk. It’s fast, a great exercise and safer than competing with crazy drivers on the roads. (6) Try Google. You’ve used Google Maps a million times to check traffic. But have you ever clicked on the transit or biking icons? They’ll help you find the nearest bus stop and arrival times as well as the best biking routes.

We have a long way to go. My wife won’t take the bus alone in Charlotte. And walking or riding a bike in the August heat is no fun. But as Shannon noted, we need to see alternative forms of transportation as pieces to a larger transportation and land use puzzle, and doing a little at a time can add up to a lot in the future.

“There’s an ‘in between,’” he said. “Maybe you’re not riding transit every day, but maybe a couple of times a week. We’re all in such a habit of using our cars, we don’t even think about the alternatives. It’s a cultural mindset that we need to get over.”