Move Loot, an online marketplace for buying and selling new and used furniture, is hosting a warehouse sale to celebrate its one-year anniversary in Charlotte. For buyers, Move Loot functions like any other e-commerce site with the ability to search for products by category/style/color and make a purchase online. (Bonus: Purchases over $250 qualify for free delivery within a 50-mile radius of Charlotte.)

But for sellers, they’ve completely changed the game when it comes to offloading old furniture online. Unlike Craigslist or Ebay where sellers manage the buyer relationship, Move Loot steps in to serve as an intermediary. Sellers submit photos, set pricing and await approval from the Move Loot curation team. Upon approval, Move Loot picks up the furniture for free, lists it on the website and handles the final sale, including shipping.

Move Loot also partners with wholesalers who need to offload overstocked and irregular items so much of the inventory is actually brand new. It’s a site for people with money to spend but who still want a bargain. (90% of Move Loot’s inventory is less than $1,000.) It’s for those of us who aren’t really in the market for expensive investment pieces but who definitely don’t want to assemble anymore IKEA nightmares. (For a deep dive into the true psychological stress IKEA furniture places on couples – for real – read this Atlantic piece.) Any furniture that requires assembly is pre-assembled at a Move Loot warehouse.

For me, it’s like a dream come true for my impending move. I can offload the stuff I don’t want (without inviting creepy Craigslist buyers into my home) and buy things for the new place (without limiting myself to what fits in my car or begging to borrow someone’s pickup truck). The whole business model speaks to my cheap soul. You’ll find prices up to 90 percent off, but most items average 50 to 70 percent off retail value. And because Move Loot inventory includes consigned furniture from member sellers, buyers also have the option of negotiating the final price. According to Williams, the Charlotte warehouse has seen tremendous growth over the last year, expanding from an 800-square-foot storage unit to its current 12,000-square-foot warehouse off I-85.  In terms of numbers, they’ve seen 1000 percent revenue growth, 1500 percent submission growth and 550 percent user growth since February of this year.

For her, it’s about more than just moving furniture. “It’s cool to me to see a piece that might have otherwise landed up in a landfill transition into this whole new repurposed life,” she said. In 2014, Move Loot diverted 605 tons of furniture from landfills. That number is closer to 1,400 tons this year.

Although Move Loot expected its target market to be young professionals (me), Williams says the demand for their service spans generations. “Furniture is just a universal need,” she said.

Move Loot doesn’t usually open its warehouse to the public, but they’re doing just that this weekend. Don’t worry about begging to borrow a pickup truck. They’re offering free delivery within a 50-mile radius on purchases over $100. 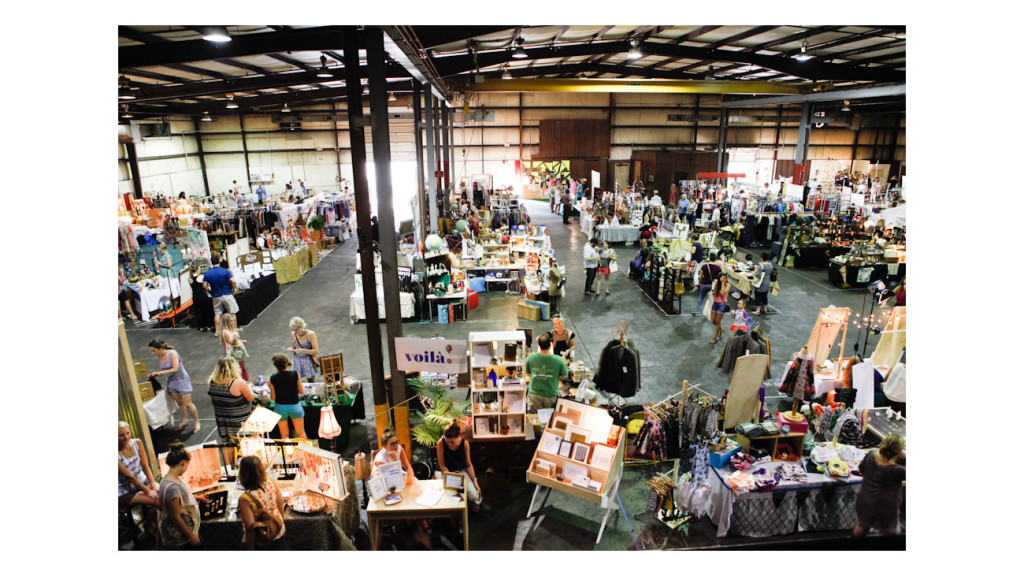