First and foremost, I’ve gotten a lot of great feedback on my first Agenda article regarding my recent pre-midlife crisis. For those of you who gave shout-outs or fistbumps or subtle nods, for those of you who commiserated with me about your own version of the same experience, and for those grateful to know a little more about “what not to do” in a year, or two, or ten…thank you. Thanks for being a community of kind people and for reaching out. You rule.

Now, since we’ve had a few weeks and a little distance from that first outpouring of my soul, I figured today would be a good time to give all you kind folks an update. Before I do however, I figured there was one more thing you should know about me (beyond the fact that I am 30):

That’s it. I said it. I am one of those people who cringes at the idea of confrontation. I’m 100% yours if what you seek is a shoulder to cry on or an ear to listen, but when faced with the prospect of confronting a problem head on, I am a coward. The idea of giving someone bad news makes me want to go to sleep for a week and then move….away….far, far away. Confrontation is my kryptonite.

And yet, when you have a pre-midlife crisis and you find yourself saddled with three jobs, no life, and all those kinds of things that occupy a 30-year-old’s time…you realize it’s time to man up (is that still a phrase? I feel certain we should have a more PC one; it’s 2015 after all), and make some changes.

And so last Tuesday night, after three full weeks of chickening out, I marched (or rather walked the same way I always do) into Job #2, worked a full shift, and at the end of night approached one of my bosses.

To say I was nervous is a huge understatement. I had already called my husband so he could coach me through exactly what I was going to say, I had told most people I knew I was going to do it just so they’d hold me accountable, and the simple truth of the matter was I had no other choice.

I quietly asked my boss if I could speak to her before I left. She stopped where she was, gave an “Um, hm” and nod of the head, and then just stared at me.

Oh, geez. This is it. I thought. She’s going to make me do it right here, right now.

And so I quit.

It happened quickly. I told her life had gotten pretty busy over the past few months. (I know, I know, it’s vague, it’s lame, it’s overused; I told you, I’m a wimp. I panicked.)

She nodded politely, the realization of what was coming washed over her, and then I said it: “So, I think for the time being I need to go ahead and give my notice.”

I offered to work the remaining days for which I’d been scheduled, which she accepted. And so I have begun my final days as a 3-job worker.

With two weeks remaining, which is only a few short shifts, I write to you to say this: quitting can be done.

And you know what? Quitting can be a good thing.

I grew up thinking that quitting was bad. Quitting is for losers, right? Wrong. What I realized a little less than a week ago is that quitting is hard. It isn’t fun. And it hurts, not just the person who quits, but also the person being quit. (Is that right? Is there an English teacher in the room to check that grammar?*) And hurting other people hurts.

But sometimes you have to do what’s best for you.

Three months ago, taking on a second job seemed like what was best for me. I think we can all agree that wasn’t the case. So, now, I have quit that job. And if quitting a job, or a team, or a (fill in the blank) is what’s best for you, then I’m behind you. Just get out there and do it. And when you do, just remember that quitting isn’t just for losers. 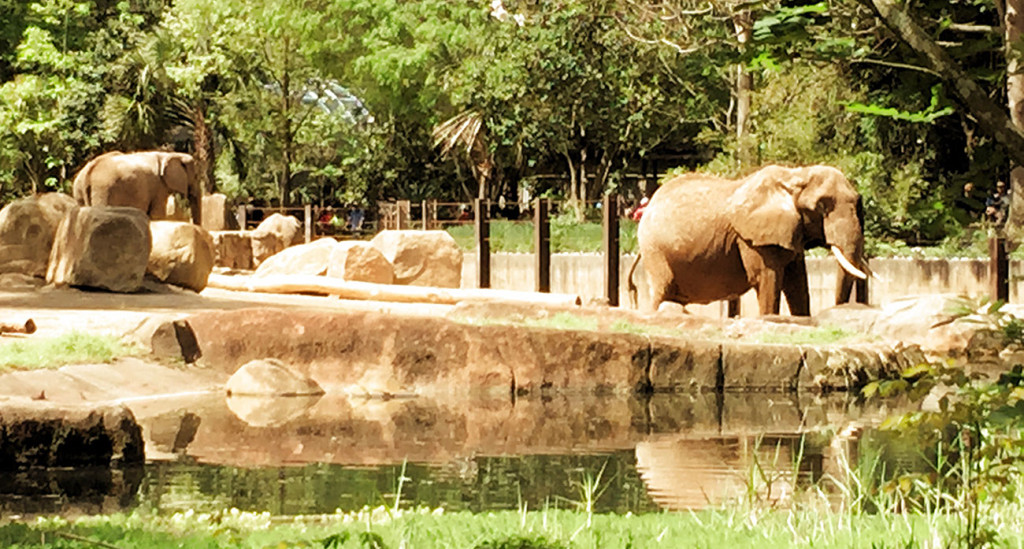 Let’s go to the Zoo: My day trip to Columbia, South Carolina