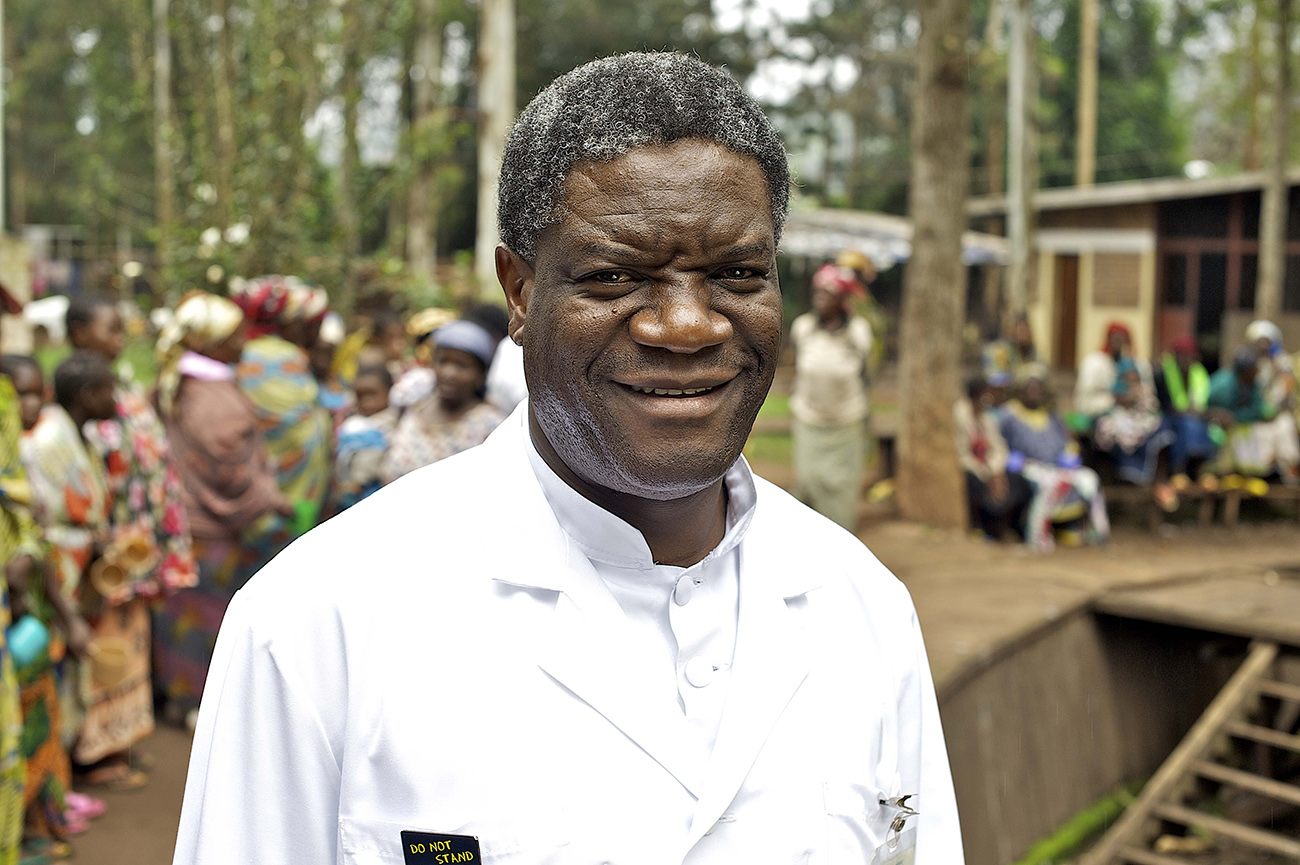 Sadie Weiss was just another high school student in a Charlotte coffee shop recently, reading about the ways rape is used as an act of war in the Democratic Republic of the Congo.

The Myers Park High School junior had her nose in a book on the life and work of Dr. Denis Mukwege, the focus of this year’s Echo Foundation high school project, “Justice is Not Negotiable.”

Each year the foundation chooses a topic that might be unfamiliar to most high school children, then helps to develop a curriculum around it for interested students throughout the region.

Mukwege, a Nobel Peace Laureate who’s treated 40,000 rape victims in his home country, is in Charlotte this week to speak at Echo’s annual awards event tonight at 6 p.m. at Knight Theater. (A handful of mezzanine seats are still available here.)

In a week when Charlotte will welcome several presidential candidates before next Tuesday’s primary and several nationally renowned recording artists for the CIAA tournament, Mukwege is arguably the most distinguished guest. He’s been compared to Gandhi in his home country.

Students such as Weiss have worked through a months-long curriculum built around Mukwege’s work, and they’ve been eager to meet him since last summer. Weiss knew the subject matter to be difficult, but what she didn’t expect was just how relevant the subject would be.

As she read, she learned that the rebel forces responsible for terrorizing women in the Congo make their money by selling conflict minerals, including those used in rechargeable cell phone batteries. Weiss looked around the coffee shop, and everywhere she turned she saw a cell phone, including her own.

These are the kind of lightbulb moments the Echo Foundation has been helping to make for students in the region for the past 22 years.

This year it was Mukwege. He’s a gynecologist who was working in a hospital in Lemera that was attacked during the First Congo War in 1996. Thirty people — patients and staff — were killed. Two years later, after the Second Congo War started, Mukwege was forced to leave the hospital and move to Bekavu, his hometown. There, he started a hospital for women in hopes of reducing the area’s high maternal mortality rate — 1 in 100 mothers die giving birth there.

But on the first day the hospital was open, he said in an interview with Emma Watson last year, a woman came in after being raped and brutally wounded to a degree where they’d likely never reproduce again. At first he thought it was a random act by a single madmen. But over the next three months, he treated 45 women with the same wounds. Then he’d see men, babies, and grandmothers come in with similar injuries.

“When you have a girl of 12, 14 years who asks you what will be my future?” Mukwege says in the interview. “It was very hard for me.” 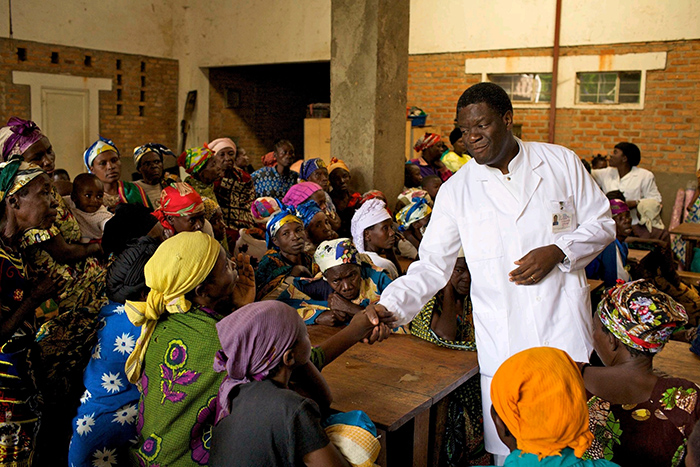 Denis Mukwege started his hospital simply to provide mothers a healthy place to give birth. Soon it turned into something even bigger. (Photos of Mukwege by Torleif Svensson, courtesy of the Denis Mukwege Foundation)

South Mecklenburg senior Matt Grady developed this year’s Echo curriculum with one other high school student, Alli Burt from Providence Day, and two college students who came through the Echo program while they were in high school here: Emily Scheppegrell, who’s at Goucher College, and Jordan Schuler, who’s at Michigan.

They knew that although Charlotte isn’t home to a war, they’ve seen toxic masculinity and rape culture in their own age groups. So they created exercises that explored that and invited students to discuss what they thought of the issues.

For Grady, who’s interested in foreign policy, the Echo project was a chance to chase down worlds outside of the standard CMS curriculum.

“Within even my classes, I can feel sometimes we just lose touch with the real-world issues that are in front of us,” Grady says. “Not in every class, but I sometimes noticed like students want to learn about these huge issues that impact people all across the world.”

The conversations have sparked other conversations, the students say. Most of them happen without teachers in the room.

Last month, in a session at South Mecklenburg High School, a group of more than 200 students from various high schools broke up into smaller groups to discuss. In one room they wrote “Toxic Masculinity” on the board, and the group’s leaders started a discussion about how that plays out in their home schools.

The group discussion leader pointed to a fellow student and asked if she had any thoughts on the subject.

“I have plenty of thoughts about it on my own, and I talk about it on the internet a lot,” the teenager said, “but never in a place like this with people here.”

“Well,” the group leader said with a comforting laugh, “talk to us like we’re your phone.” 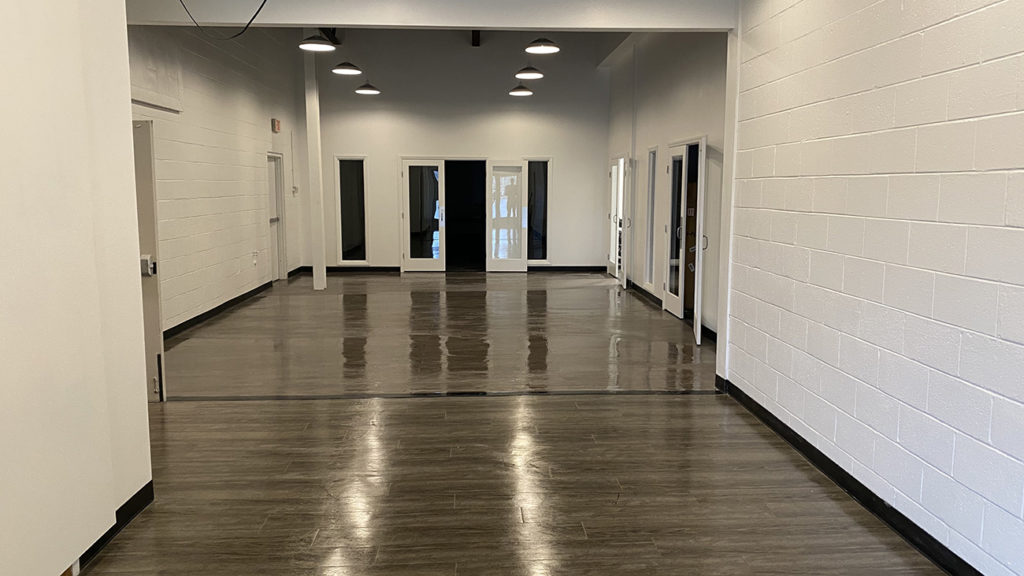