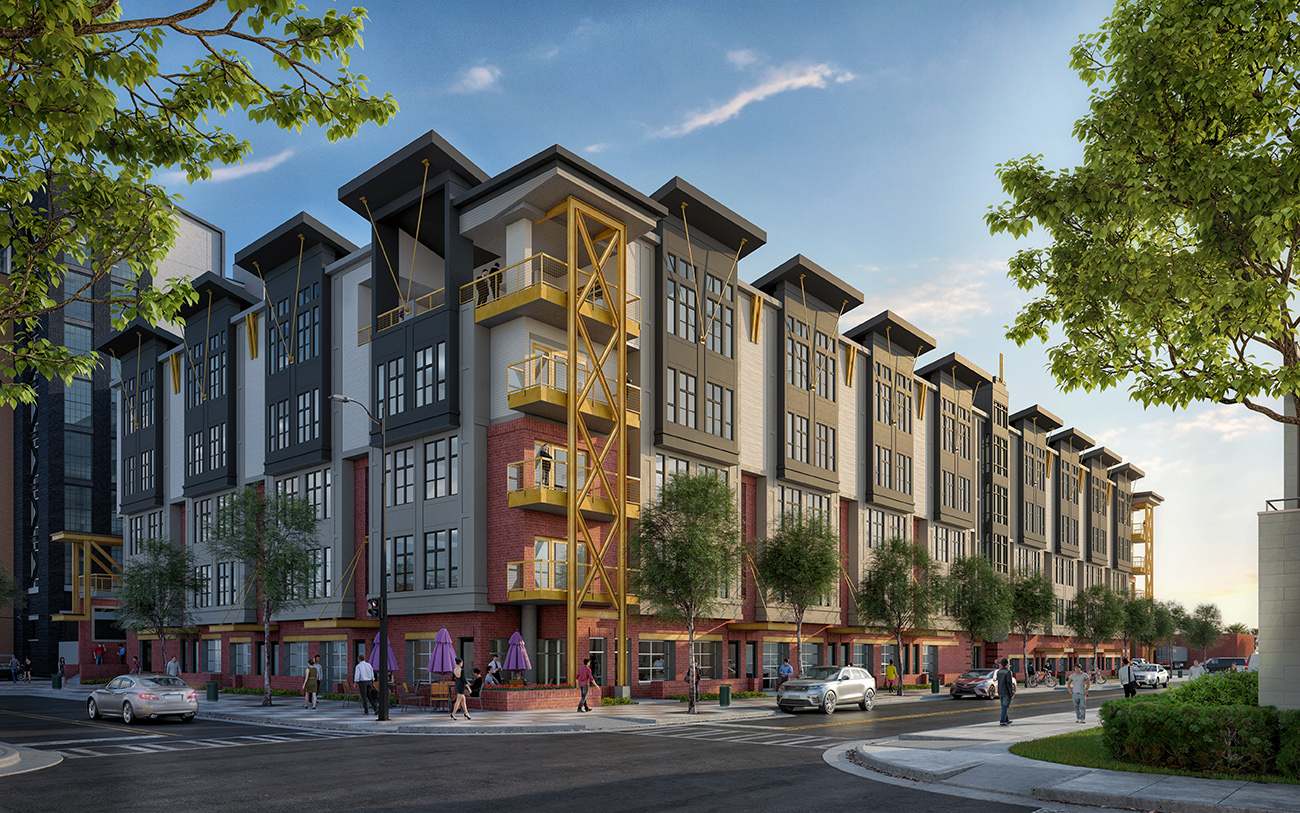 When David Furman designed Centro RailYard in South End, he set a lofty goal for the complex: the 400-square-foot apartment homes would rent for less than $1,000 a month.

“Well,” Furman sighs, leaning back in an armchair in his Third Ward office. “Construction costs have gone up 10 percent a year since (2017, when the project broke ground). And land cost has gone up. … And there’s this huge shortage of labor.”

All of those factors add up, the Charlotte architect explains.

By the time the units, which are still under construction, opened up for leasing last month, $1,000 became $1,183 — or $1,092 with a one-month-free promotion — just missing Furman’s goal. “It troubles me. It really does,” he says. “But as long as it’s cheaper (than other options), I think that’s what most people care about.”

Centro RailYard, a new property on Winnifred between Winona and Bland streets, is Charlotte’s first micro-unit development. Two-thirds of its 91 units measure at around 400 square feet, or about the size of a two-car garage. 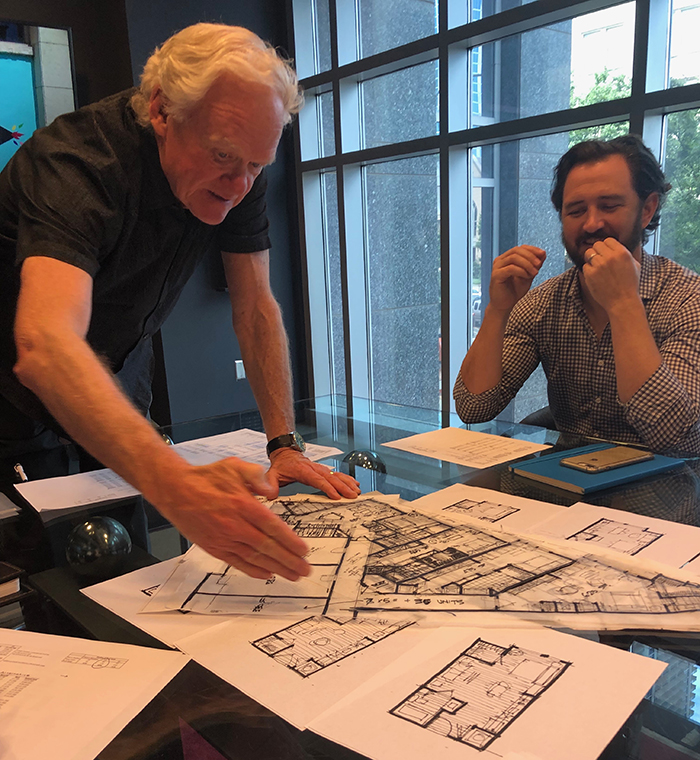 Even though the complex fell short of Furman’s initial target price, the apartments are still renting for well below the average for the neighborhood.

But at Centro RailYard, Furman says, those add-ons aren’t needed because of everything available off the property in South End. With the exception of a sky deck and club house on the fifth floor, the complex keeps the rent lower than surrounding competitors by offering few amenities. 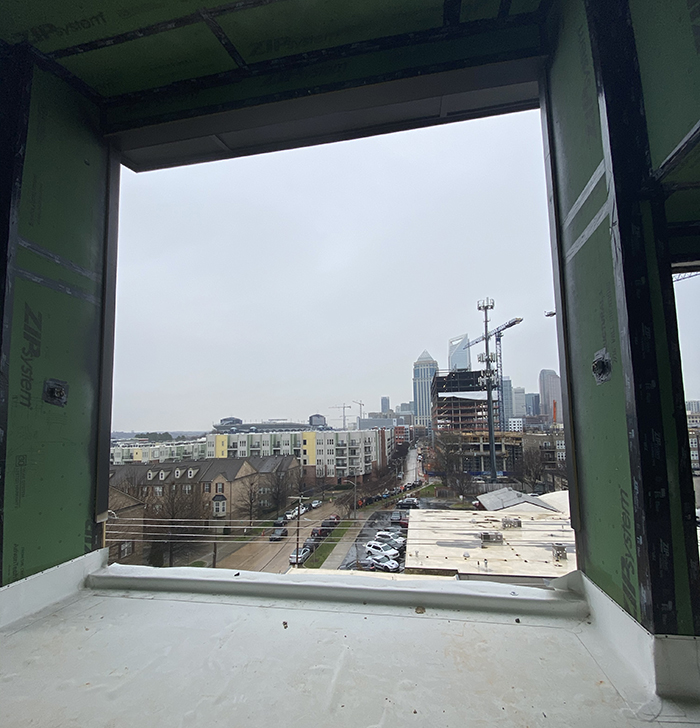 On the top of the five-story building is a sky deck, which will provide some outdoor space for residents. Below, a rendering for the completed sky deck. (All renderings are courtesy of Axiom Architecture, an architectural firm that Furman has a partnership share in.) 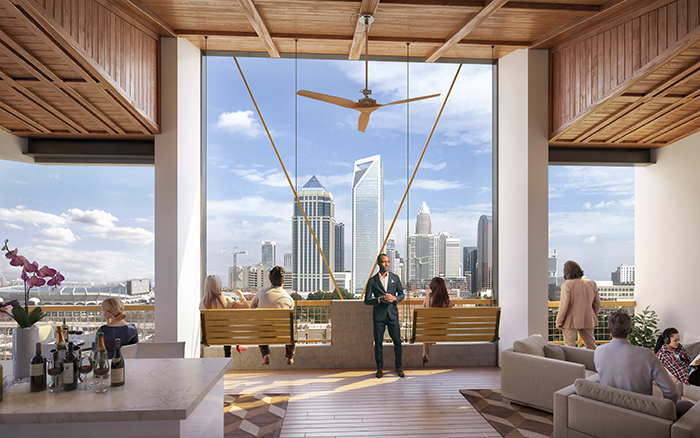 While on a hard-hat tour of the property, Caci Cambruzzi Jaeger, asset manager at Ascent, explains to me that the building is still a luxury one, even without a gym or a pool or a full-size dishwasher.

Every unit comes with a bathtub, a walk-in closet, and a washer and dryer. (Or at least they will once construction is done in April.) Studios, which range from 396 to 418 square feet, feel spacious, with floor-to-ceiling windows and a slender kitchen that utilizes every centimeter. In the sole living area, Jaeger motions where a bed could fit and still leave room for a small table and a loveseat couch.

Two-bedroom units, which start at $1,845, sacrifice some in closet space, but the bedrooms don’t feel cramped. Seven of the larger units also have balconies. 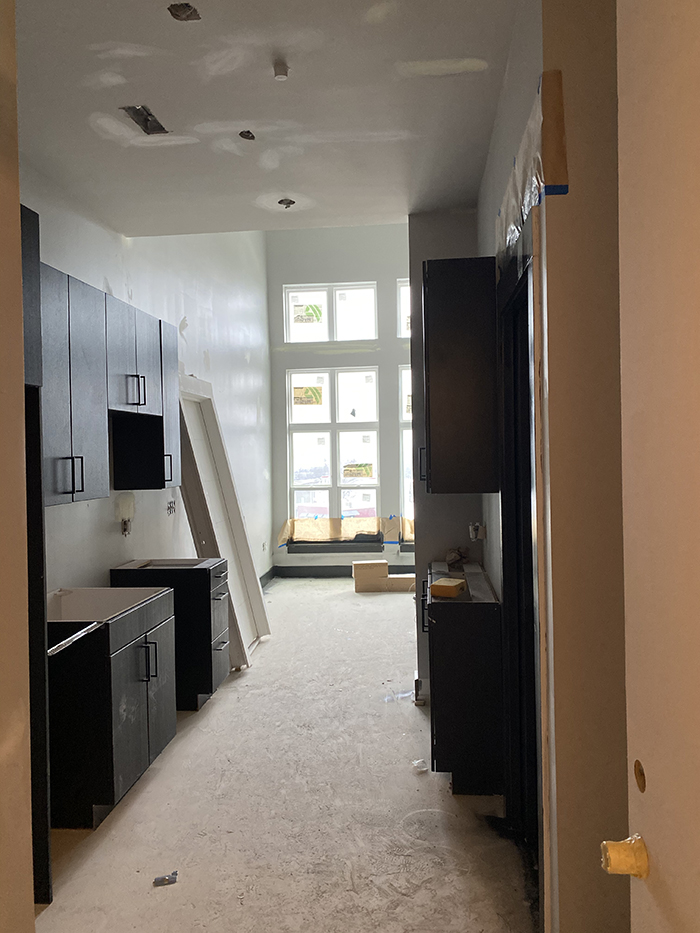 A studio in Centro RailYard under construction. (Below) A rendering of a completed two-bedroom unit. 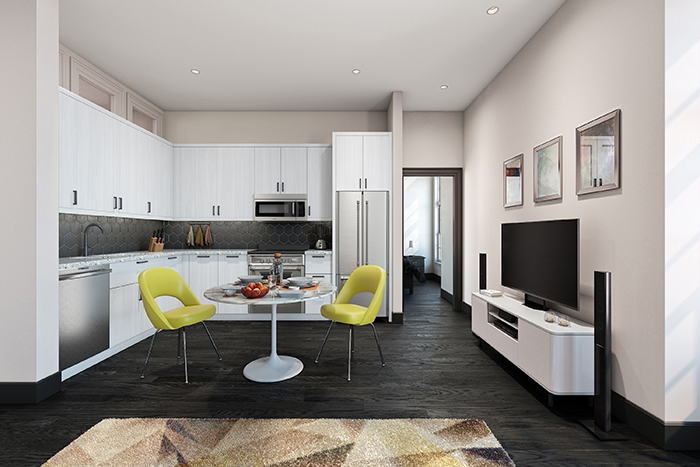 On the ground floor of the five-story building, 15 micro-retail spaces will serve like a small business incubator.

Right now, the storefronts are only open to local businesses and are available for less than $2,000 a month.

So far, Glory Days Apparel, Cactus Club, and olpr. Leather Goods Co. have signed on. Centro RailYard’s team is also talking with a local coffee company and a natural wine brand, among other local businesses. “We really wanted to add to the character of the neighborhood and provide opportunities for local entrepreneurs … by reducing barriers to entry,” Jeager says. 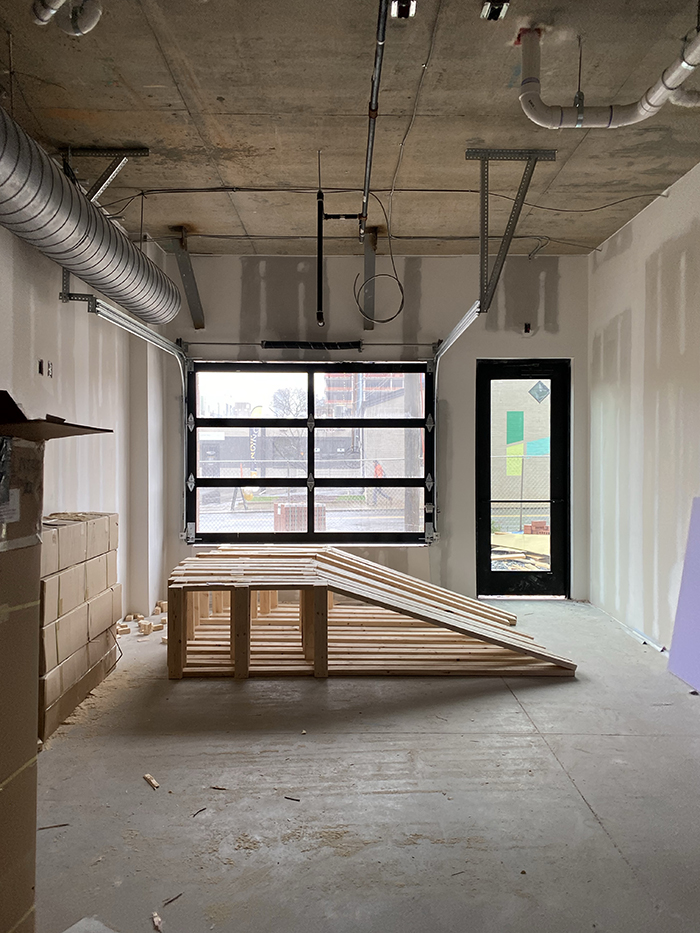 Micro-retail space is located on the ground floor of Centro RailYard in South End.

In a city that’s in the midst of an affordable housing crisis, Centro RailYard’s high price-per-square-foot has drawn criticism.

A 400-square-foot unit’s rent starts at $2.73 per square-foot per month, if you include the month free discount. That’s just less than a renter would pay in Washington, D.C.

“I’m catching a lot of shit about how it’s not affordable,” Furman says, “but it’s like I’m trying to deliver something that’s less than the mainstream apartments.”

Every since Furman founded Centro Cityworks 20 years ago, his housing designs have gotten smaller and smaller.

“I thought there was a revolution happening in housing. … There was this conventional thinking about condominiums — two bedrooms, two bathrooms, crown molding, fireplaces. And I just thought that there was a generation that didn’t really care about that.”

So far, this bet has paid off.

On the first day of leasing at Centro RailYard, Stephanie Garris of RKW Residential says three leases were signed. It’s only been a week since then, and they have 120 leads who want to go on a hard-hat tour. “There’s definitely a demand for smaller units, so we’re just meeting that demand,” Garris says. 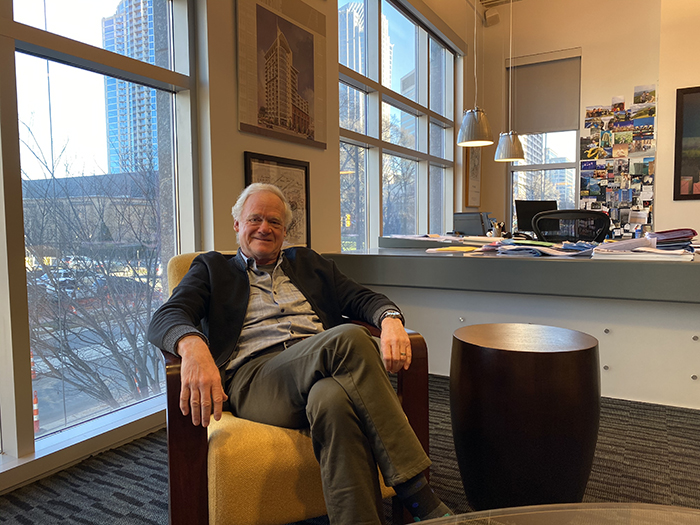 David Furman in his Uptown office

Centro RailYard’s goal was to add something different to the market, to fill a need for housing that’s slightly smaller, more affordable, and more contemporary than what’s currently available in South End.

Furman’s style has always been to design urban properties that go against the norm.

While some developers look for more space out in Ballantyne or SouthPark, Furman, who lives Uptown and doesn’t own a car, is set on urban areas.

“The people in the office kid me that if I can’t see the site from the top of this building then I don’t care,” he says and cracks a smile. We’re on the second floor of his 28-story office building. “It’s pretty accurate.”

This story has been updated to include a price-per-square-foot comparison to Washington, D.C. 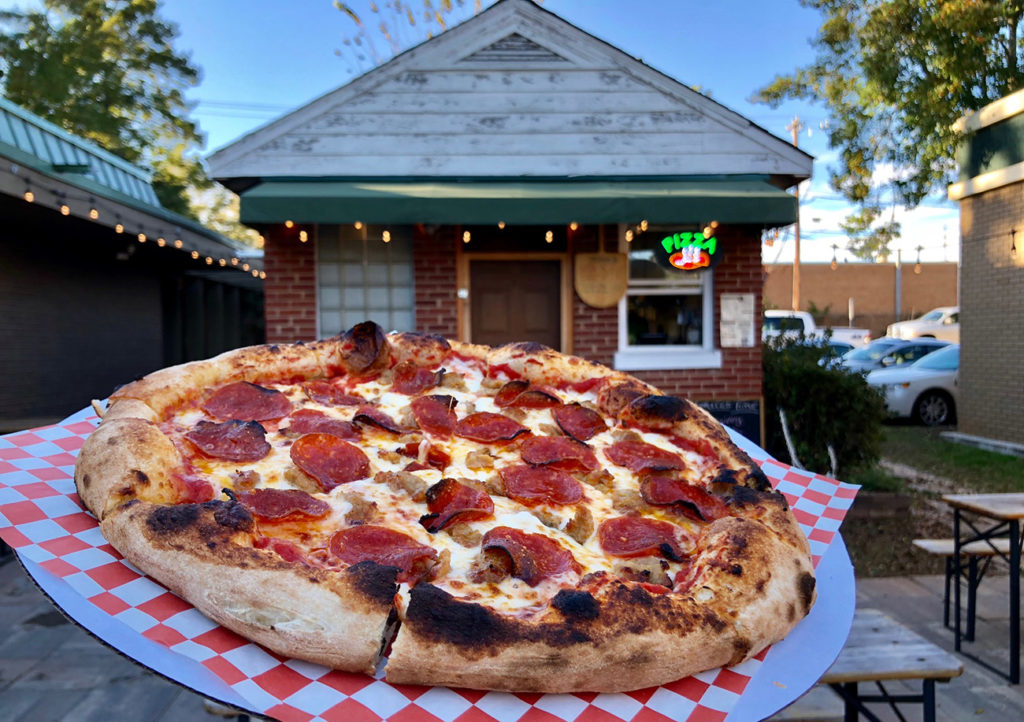 21 things to do in Matthews, 25 minutes from Uptown

by Ted Williams and Brianna Crane
Most Recent Open Jobs