Charlotte’s outgoing police chief, unfiltered: ‘When that clock stops, you need to move on.’ 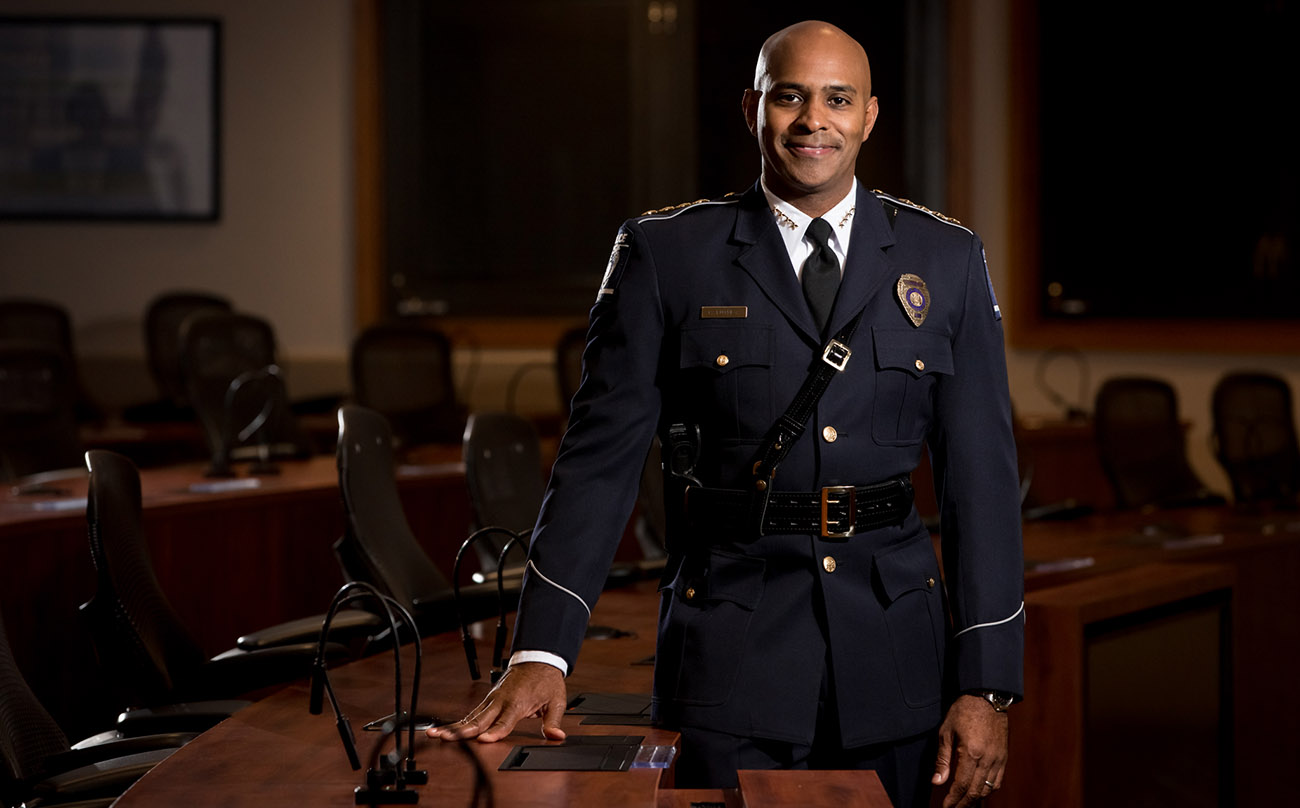 Leading a short-staffed police department in one of the fastest-growing cities in the country is not a job Kerr Putney originally wanted.

Putney grew up in Roanoke Rapids, a small town about eight miles south of the Virginia state line. The youngest of six and the only boy, Putney was particularly close with his father, a hard-working subcontractor whom Putney describes as his hero.

In 1979, when Putney was 10, his father died suddenly. His body was pulled from the Roanoke River, and local police classified the death as a drowning. But Putney never believed that.

The autopsy didn’t support it, he told the Agenda in a recent interview. His dad always paid his workers in cash, but he had no money on him when police found his body. For that reason, Putney believes it was a robbery-murder.

His dad’s suspicious death, and its handling afterward, is ultimately what drove Putney to law enforcement — a profession he has worked in for nearly three decades.

“The way his death was treated by local authorities, I felt, was less than professional and desirable. That kind of fueled me,” Putney says.

His plan was to go to law school. As a senior at UNC Charlotte, he took a night job as a security officer for Mecklenburg County Government to make a little extra money. He liked the work. The prospect of taking out more loans for law school started to seem unappealing. So he decided to become a police officer. 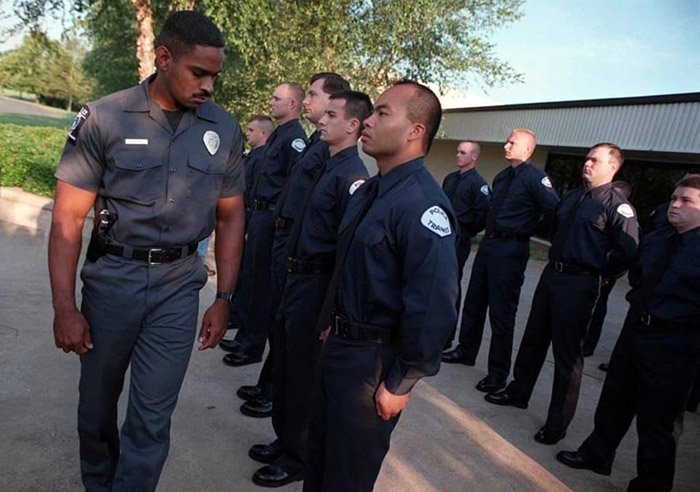 Kerr Putney inspecting recruits in 1997, when he was assigned to the training academy (Photo courtesy of CMPD)

Putney, who turns 51 next month, plans to retire this summer after the Republican National Convention. His tenure as chief of the Charlotte Mecklenburg Police Department feels much longer than four-and-a-half years, he says.

In 2016, a year after he became chief, protests broke out in Uptown Charlotte following the police shooting of a black man named Keith Scott. The department is currently short about 180 officers. Last year Charlotte had 107 homicides, the most since 1993, a year after Putney joined CMPD.

At the same time, Putney has also been widely praised. He held countless community conversations over the years, including several after the police shooting of 27-year-old Danquirs Franklin at a Burger King last spring. Soon after that, CMPD responded quickly to a campus shooting at UNC Charlotte. CMPD has also been lauded for its handling of the NBA All-Star Game last year, which reportedly drew 100,000 fans to town.

Putney begins his day around 7 and although he leaves the office around 5 or 6, he’s usually answering calls late into the night. There is no such thing as work-life balance when you are a police chief. And that wears a person, Putney says.

It’s way more than the long hours, though. Putney’s a defender of his officers, and he’s the face of the department when one of them shoots a civilian. People demand from him answers about Charlotte’s violent crime spree. Putney wants his department to focus more on preventing crime than simply responding to it.

That’s why, he says, there is a shelf life for this job.

“That’s what it feels like. You have a usefulness and when that clock stops, you need to move on. It’s all encompassing.”

In a recent sit-down, Putney discussed the his upbringing, the challenges with recruiting new officers, and CMPD’s strategy behind prioritizing certain crimes over others. Below, he shares a little about what he’s learned in nearly 30 years with CMPD, in his own words — edited for clarity and brevity.

On Charlotte in the early 1990s as a young professional:

Believe it or not, because Charlotte has doubled in size since back then, Charlotte was the big city.

The social life wasn’t as vibrant as it is now. But on a college campus, you find ways to entertain yourself and have fun.

The city though, I think, was just starting to grow. Hugh McColl was the legend at the time, and he still is an icon. We were starting to see how we could grow as a New South city.

Looking back on it … I think we’re at the cusp now that’s similar to back then. We have the opportunity to really explode as a beacon of hope to people.

It was very busy. It was a growth spurt for us as an organization because we had to readjust resources.

I intentionally wanted to work in some of the most challenging areas. I felt I could do the most ‘good’ there. I was on street crimes assignments. Those were exciting, but truly put you in harm’s way sometimes. But it’s part of the job.

On his rise to become chief:

My mission has always been responsible reform of what I think is a pretty good profession anyway. Just a commitment to make it better.

It was more than about you as an individual. It was more about what you can commit to for your city. That’s when the fire started to burn. I knew I wanted to do it at that moment. 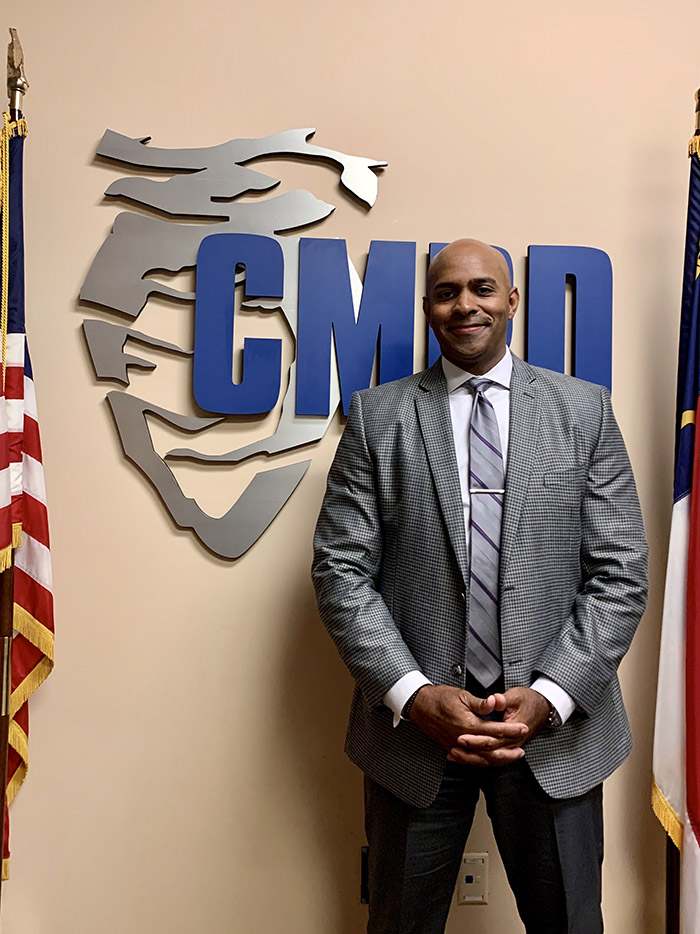 On the challenges of recruiting young people to become police officers:

One is the economy: With the economy this good, people have a lot more options. To commit yourself to working second and third shift, basically being upside down from the rest of your community for the rest of your work cycle, is not as appealing as going to work at one of the big banks in town and having your weekends off.

The other is what we’re going through in the last few years around this alleged social justice. That’s been a huge piece of why we struggle. Our reputation as a profession has taken a hit.

I think I see some hope that we’re coming on the other side of that. We’re starting to see some of those seeds we’ve planted during that time germinate. I think we’re in a better place now. But I think that environment also contributes to our difficulty.

Everything that happens is somewhere played out in a video. You’re being critiqued based on every nuance of your normal human response to stress. You have to see it visually, over and over and over again. We had the benefit of coming along prior to that.

It makes their job even tougher than I think it was in the 1990s. It was more violent back then relative to the population. But (officers are) under a lot more pressure and scrutiny than we ever had back then.

One video showing you in a time of bad judgment or outright doing something wrong, and everybody in the world sees it. That’s hard to volunteer for. It’s truly a calling. That’s why the people we know who come here with the right character to do the work, can’t help but take your hat off to them. It’s not easy.

You know they’re being impacted by this stress and scrutiny and a lot of times the false renderings of encounters. That weighs more on me than anything. What the activists are saying and so forth … it’s an opportunity to improve. Other times it’s a created narrative that I think doesn’t do anybody any good.

On how being chief affects one’s personal life:

There’s a price to pay. No doubt about it. (Putney has two sons from his first marriage and two daughters from his second, current marriage.)

In 2016, I was called everything but a child of God. That’s OK. I know I’m a child of God. My parents instilled that into me. You fall back on family and faith. They’re not going to waiver. I have a big family. I’ve had a huge cheering section. I’ve had deep relationships with people who didn’t let me down in this community.

Our officers are not out here looking for small amounts of marijuana. That’s what they’re hanging their hats on.

On preparedness for the RNC: 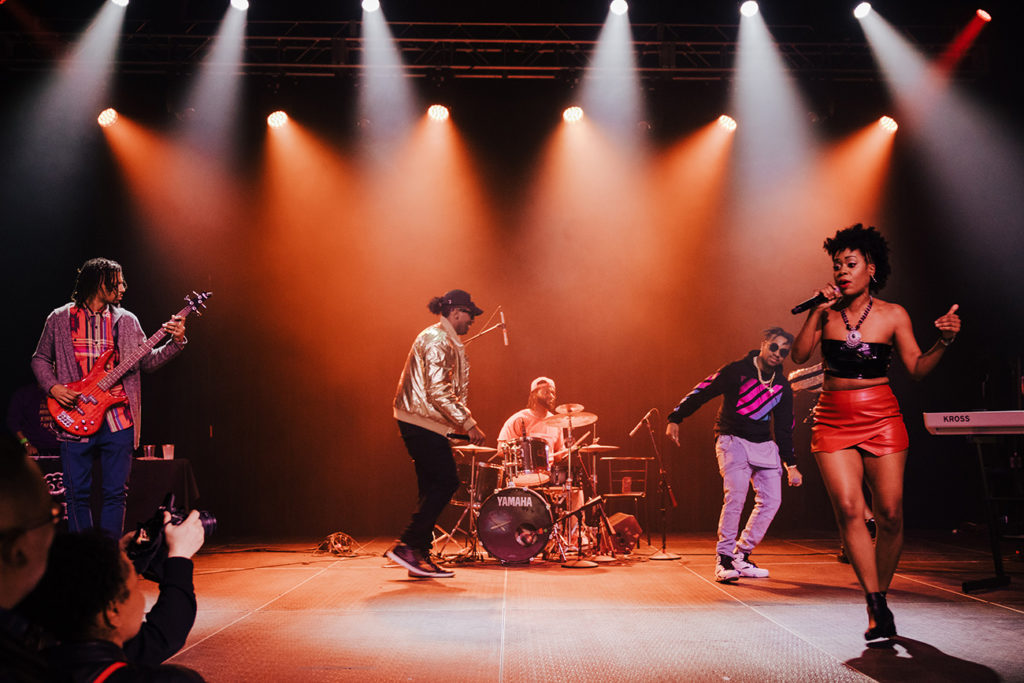 10 Charlotte artists to listen to right now, plus which songs you should add to the queue