This is part of an ongoing series titled Mailbag featuring items readers submit via email or our feedback form. We get a ton of feedback; this is not close to everything (it’s about 2 percent), but it’s a good sample. Some responses have been lightly edited for clarity.

In response to: The 16 best sushi restaurants in Charlotte

“Anyone who recommends a ‘Dragon Roll’ knows f*** all about sushi. O-Ku is the best though.” – E

In response to: Discovery Place Science to host Antarctica-themed adult sleepover with a bar. Tickets cost $105

“When I was in sixth grade I won some sort of math competition. Our prize was that we got to spend the night in the discovery place. It was awesome! An experience I’ll never forget!” – M

“Am I the only one worried about the amount of heavy petting that’s going to occur in the Kid Science room?” – M

“Rock on! I always wanted to attend Frye festival!” – A

In response to: Behind a door with a teddy bear on it, inmates reconnect with their children in the jail’s new child-friendly visitation room

“I hope the second room gets put together soon. I think it sounds amazing and can further create bonds and break cycles. I like his idea of the steps painted in bright colors but would suggest painting books and quotes into the stairs as well.” – K

“I’m glad he’s taking the initiative now to stop the cradle to prison pipeline that’s been created by the absence of a parent in a kids life!” – J

“Thank you for this well-written article that uses actual sources, data, and professional opinions to support the claims being made. I only wish that it had included data about the ‘risks associated with having an incarcerated parent.’ Cornell, Rutgers, and others all have studies on the how children of incarcerated parents are significantly more likely to be incarcerated themselves. It’s a cycle that needs to be broken, and I think these family-friendly rooms are a good step toward healing families.” – N

In response to: Cash Confessional: 32-year-old airline pilot making $145,000 looks to invest in real estate and retire with $10M

“This guy needs to hire a legit advisor. IUL is a horrible high-fee product.” – D

“If his gross income is $12,083 per month, he can easily invest $4,000 while spending a decent amount on the expenses outlined in the article. The Audi A4 and new car for the wife don’t really add up with the desire to invest in rental properties ASAP, but this is a savvy fellow.” – C

“How da heck you make $145k and you don’t have money for rental property if your bills are only $3k and barely any debt? I have over $100k in debt but I still have 2 investment properties.” – M

In response to: How Eastland evolved from Charlotte’s coolest mall to the future home of the city’s third major-league pro sports team

“That development will increase property values and taxes due but likely won’t be a huge boost for development.” – J

“I hope it doesn’t raise the prices even more. I guess we’ll see if financial impact also stimulates the community without too much gentrification. Please don’t push out the Open Air Market.” – K

“Not a penny of tax money should go towards this.” – D

“Be nice to see it turn into a hotspot like South End. I should buy a house over there before they are all on the hot list like those in NoDa and Plaza Midwood.” – S

I don’t want East Charlotte to start looking like Southend and Plaza Midwood and NoDa. East Charlotte is very diverse, has its own culture and it needs to stay that way. I really hope they truly consider the opinions and preferences of those of us who already live there.” – B

In response to: Callie’s Hot Little Biscuit opens January 31 in South End. Here’s how to get free biscuits and coffee

“Now these are some damn good biscuits! These will be the best in Charlotte!” – S

In response to: 14 questions we need to stop asking Charlotte women

“Can we have Uber and Lyft drivers read this before working in the city?” – T

“No one has ANY business asking any woman (or man) about their reproductive intentions, I don’t care if it’s your daughter or sister.” – J

“Agenda, you have said nothing new here that hasn’t been said a million times before. It’s almost like a cut and paste article. You are the basic b**** of the media world. And nobody cares about your lame a** articles. I wish you and Chad would get the hell off my feed!” – A

“Can we add: Do you have a church home? Or who is your pastor? Way too invasive! Its weird.”  -A

In response to: Cash Confessional: 23-year-old making $37,000 has an ‘accountability partner’ for paying off debt

“Look, a real person with realistic expenses and income! I knew the Agenda could do it!” – M

“Who has their coworker as an accountability partner’? Here Tom, here’s my BofA account password. If you see me spending $40 five nights a week at local breweries, can you please run me over with an electric scooter.” – C

“I’m around the same at the moment and already contributing to a 401k and Roth IRA.” – G

“This article made me realize I’m an irresponsible glutton.” – C

“My faith in the future of our country has been restored.” – T

“This girl is trying but I would encourage her to try harder. She says she’s looking for a house but if she really follows Dave Ramsey, she knows he only suggests a 15-year mortgage with a minimum of 10 percent down (preferably 20). Would she still be under her monthly rental cost with a 15-year mortgage? I do agree with her opinion regarding what ‘should be’ considered rich in Charlotte. If you have even a $50k vehicle and you are still making payments, you aren’t financially free. I’d much rather someone show me their bank statements and then we can talk.” – J

In response to: Scott Brooks’s murder is one of the many open homicide cases CMPD is working to solve

“The most important statistic in this article is the number of total murders and the number of murders that were white. For the majority of white people in Charlotte, violence is not something they have to deal with on a daily business. Out of sight, out of mind. But it is still a problem that needs a community response, a city-wide response.” – O

In response to: Why there’s been an explosion of Italian restaurants in Charlotte

“Are Italian restaurants the new brewery?” – B

“It’s not that there are too many Italian restaurants, it’s that there are too many restaurants doing the same version of Italian food. Unfortunately, Charlotte’s collective palate is just beginning to develop past chicken parm and mediocre red sauce. Like the French restaurants mentioned in the article learned, in Charlotte being authentic and delicious is less necessary than being ‘approachable’ and familiar.” – O

In response to: 10 cute winter date ideas that aren’t just “let’s go to a brewery”

“This is laughable. Charlotte guys definitely don’t try this hard. They can barely text.” – W

In response to: What’s with all of the eye-rolling over Charlotte’s brewery boom?

“Because it’s overkill. They’re becoming our entire social scene and family hangout spots! Nothing like having your gold star porter knocked over by someone’s free range crotch goblin!” – B

“A fascinating thing about going to New York City as a Charlottean is how many places (mostly bars) there are where adults can just hang. Chat with friends, play board games, even read a book. These are not things you can do in the vast majority of bars in Charlotte. Bars here are designed for revelry, and until we develop a collection of places that even vaguely resemble an English pub or NYC corner bar, breweries will have that role.” – A

“I’m going to go off on a Boomer tangent here (I’m Gen X, but whatever) but as someone who was into craft beer and breweries for a long, long time I can say the issue isn’t with too many breweries, but what breweries have become. It used to be you could go in, have a few unique beers, chill, and relax. Now you have step over dogs and dodge kids that are being left to their own devices while their parents dull their existential pain with another samesy hazy IPA that’s no different than any other hazy IPA out there. All in the same basic cookie cutter atmosphere.” – R

“For a second, I thought I was reading from the Washington Post and not the Agenda. How does an article about new breweries in Charlotte spiral into something about gentrification and race? I’ve never once heard anyone talking about the ethnicity of the owners of breweries they visit. Nobody cares! We just want good beer whether it’s brewed by someone who is black, white, Asian, etc. Give us all a break!” – J

“Going out to breweries in Charlotte feels like more of the same. Sometimes people just want to do something different. Take places like Lost and Found, where the focus has been around atmosphere, specialty drinks, and overall ambiance; they have been extremely successful in attracting folks of different backgrounds. Their model can certainly be replicated with a few different tweaks and themes.” – K

In response to: The 6 coolest wine bars in Charlotte, right now

“Missing The Hobbyist. I love their vibe and wine selection.” – J

“Cicchetti offers an impressive wine shop section where you can pick out your own bottle and pay retail plus a small corkage fee if drinking there. Additionally, can preorder and pick up curbside.” – A 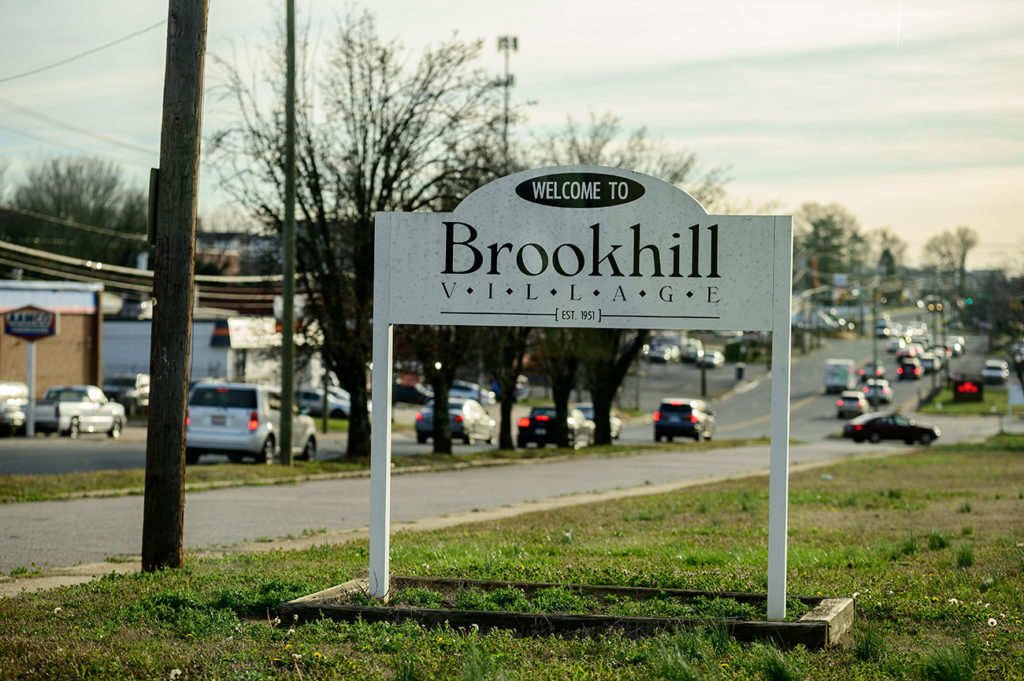 Brookhill: How one of Charlotte’s most complicated and misunderstood developments could end up a success story