The city of Charlotte is piloting designated e-scooter corrals, where riders are supposed to park their Lime, Bird, or Spin scooter after they’re done with it.

Why they’re doing it: The purpose of the effort is to offer parking spots off sidewalks, says Charlotte Department of Transportation spokeswoman Scierra Bratton. That will help ensure safety for all pedestrians using sidewalks, including those with disabilities, she adds.

The corrals will give e-scooter companies a place to park the vehicles once they’re done charging overnight.

Green markers painted on the ground designate the corrals, some of which are 4-by-6 and fit three scooters. Others will be as large as 4-by-12, Bratton says. Where possible, city transit workers are adding scooter corrals near existing bike racks.

“Further integrating (scooters) into the city’s landscape can only improve conditions for riders and pedestrians alike,” Shaw said in an email.

Spin collaborated with the city on the corrals. A company representative said they’ll train employees who recharge the scooters to prioritize the new corrals.

Zoom out: Charlotte’s corral marking comes as the city continues to try to figure out how to regulate e-scooters, which launched here in 2018. Charlotte officials laud scooters as an alternate to driving. But policing them is difficult.

You’re supposed to wear a helmet when you’re on a scooter, for instance, but no one will fine you if you don’t.

You’re supposed to park your scooter away from pedestrian paths, but no one enforces that.

Similarly, no one will be watching to make sure you park your scooter in one of the corrals around town, either. So, it’s unclear how the corrals will help with sidewalk scooter clutter if there’s no enforcement.

Corral locations: CDOT marked the first scooter corral on Friday in front of the Charlotte Mecklenburg Government Center on Davidson Street Uptown. The next five went in on Monday in the following spots:

CDOT’s goal is to pilot 25 corrals. They’ll be in scooter-popular areas, including South End, Uptown, Plaza Midwood, and NoDa, Bratton said. So far, the department has identified about a dozen locations, including the ones already marked. 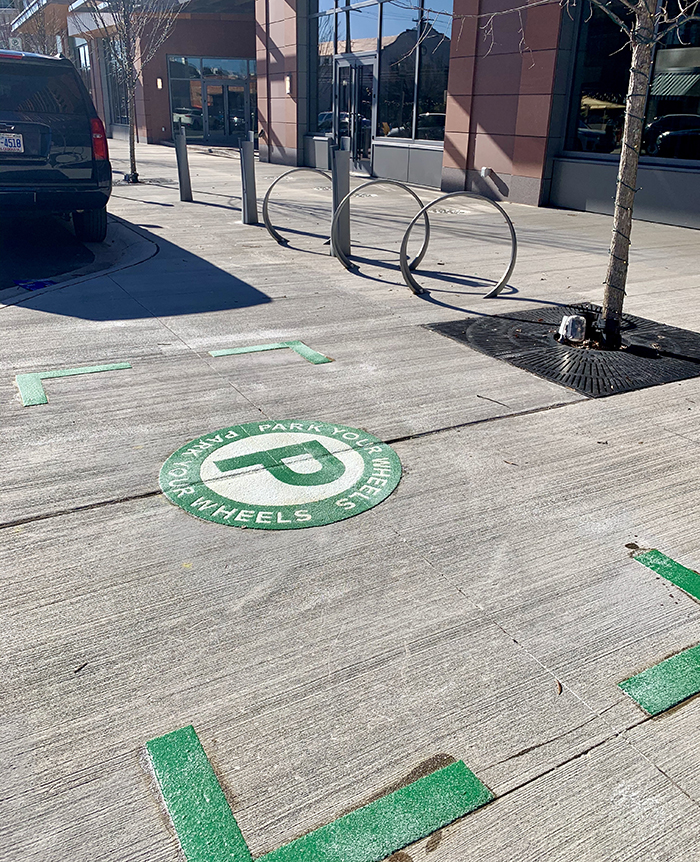 On Monday, city officials marked a new e-scooter corral in front of Dimensional Place in South End, across from Flower Child 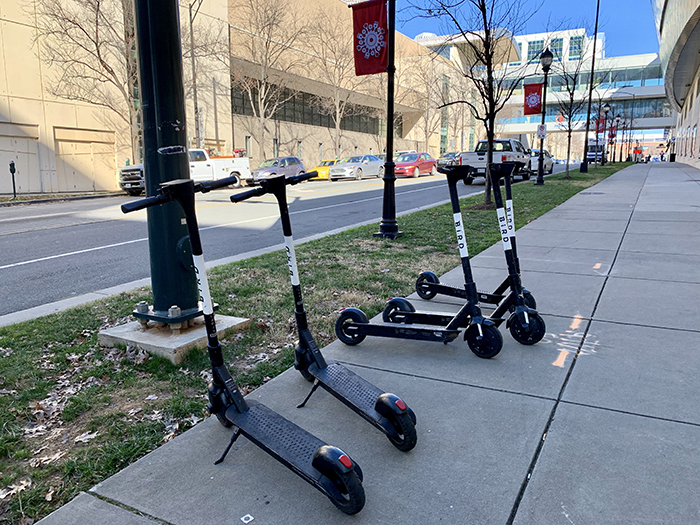 E-scooters on the sidewalk on Brevard Street in Uptown 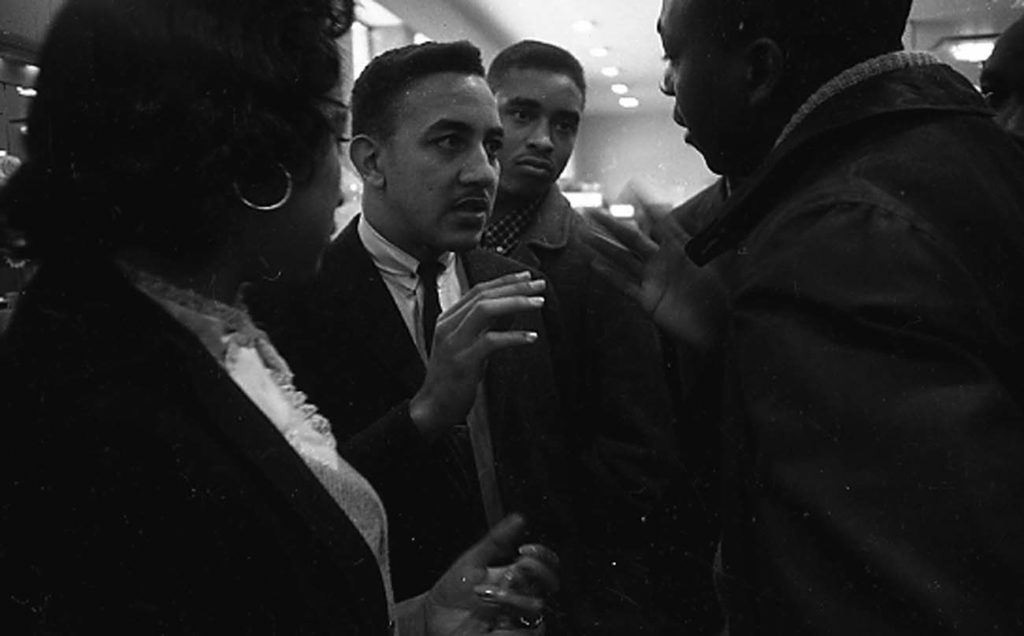