Charlotte will officially welcome Major League Soccer on Tuesday. Here’s how you can participate in the fun Tuesday morning, Major League Soccer Commissioner Don Garber will be in town to make an expected announcement: Charlotte will be the home of the league’s next expansion team.

Here’s a rundown of what to expect for the day:

Garber will join Carolina Panthers owner David Tepper, who is bidding for an MLS team, as well as Mayor Vi Lyles at the Mint Museum Uptown at 10 a.m. for a “special announcement.”

The event isn’t open to the public, but it will be live streamed on MLSsoccer.com.

Monday afternoon, museum officials were busy applying MLS-branded decals on doors and shooing reporters off the property as they prepared the space.

A splashy local announcement is how MLS has handled other expansion teams around the country.

In Sacramento in October, league officials joined city leaders and California Governor Gavin Newsom to share the news that Sacramento would be getting MLS team No. 29. Suit-clad officials donned maroon scarves and declared it a “historic day” for the city, the Sacramento Bee reported. Hundreds of fans convened for a celebration downtown to commemorate the occasion.

There will be a similar open-air celebration later in the day in Charlotte.

That’s open to the public, and it’s also expected to draw a pretty large crowd. Mint City Collective has about 600 members, according to Zack Luttrell, head of the Roaring Riot who also helped launch MCC. But even those who aren’t members are invited to attend.

After the Hooligans celebration, Tepper Sports and Entertainment is hosting an invite-only event at Brewers at 4001 Yancey. 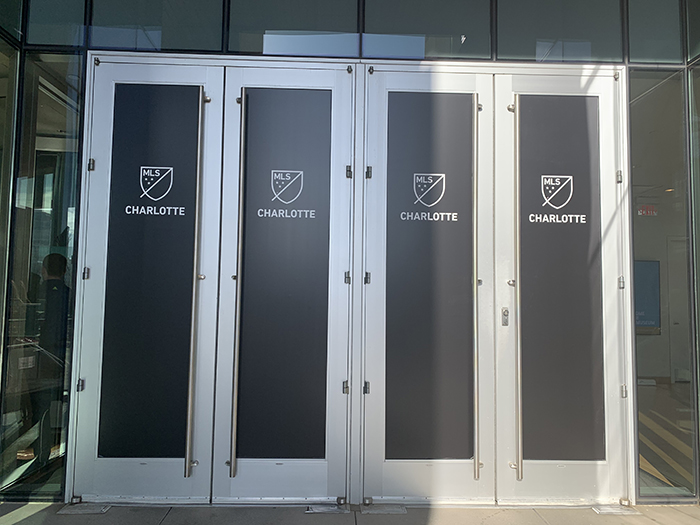 Tuesday’s announcement caps off months of behind-the-scenes work to land a team.

A billionaire hedge-fund manager, Tepper has said from his early days as Panthers owner in 2018 that he wanted an MLS team — a feat that’s taken other markets years.

Tepper fast-tracked the process in Charlotte through a number of ways, including by hiring Tom Glick, who helped bring MLS to New York, as Panthers team president. Last summer, Tepper signed a deal with Ally Financial to be the primary corporate backer for the team.

Charlotte will be the MLS’s 30th expansion team. Currently, there are 24 teams playing in the league. Next year, Miami and Nashville will begin, followed by Austin in 2021. St. Louis and Sacramento, announced as the league’s 28th and 29th teams this year, will start in 2022.

It’s not yet clear when Charlotte’s team will start playing, but experts say it could be as early as 2021, given that Charlotte already has a stadium.

Tepper is expected to pay an expansion fee of up to $325 million for the team. That’s up from the $200 million Sacramento and St. Louis are paying.

At least eight names are under consideration for Charlotte’s MLS team, records from the U.S. Patent and Trademark Office show.

Last month, Charlotte leaders agreed to pledge $110 million in incentives for for MLS facilities, according to a letter Lyles wrote to Garber that was shared with the media.

That money will come from hospitality funds — namely, a hotel/motel tax — and will fund renovations to Bank of America Stadium, where the MLS team will play, as well as the construction of an MLS team headquarters at the long-idle Eastland Mall site.

The city, Lyles wrote to Garber, also plans to work with Tepper to develop some kind of entertainment district connecting the city center with the Gateway District transportation development.

“We have a wonderful, collaborative relationship with Tepper Sports and are aligned on our long-term goals and unified in our vision,” Lyles wrote.