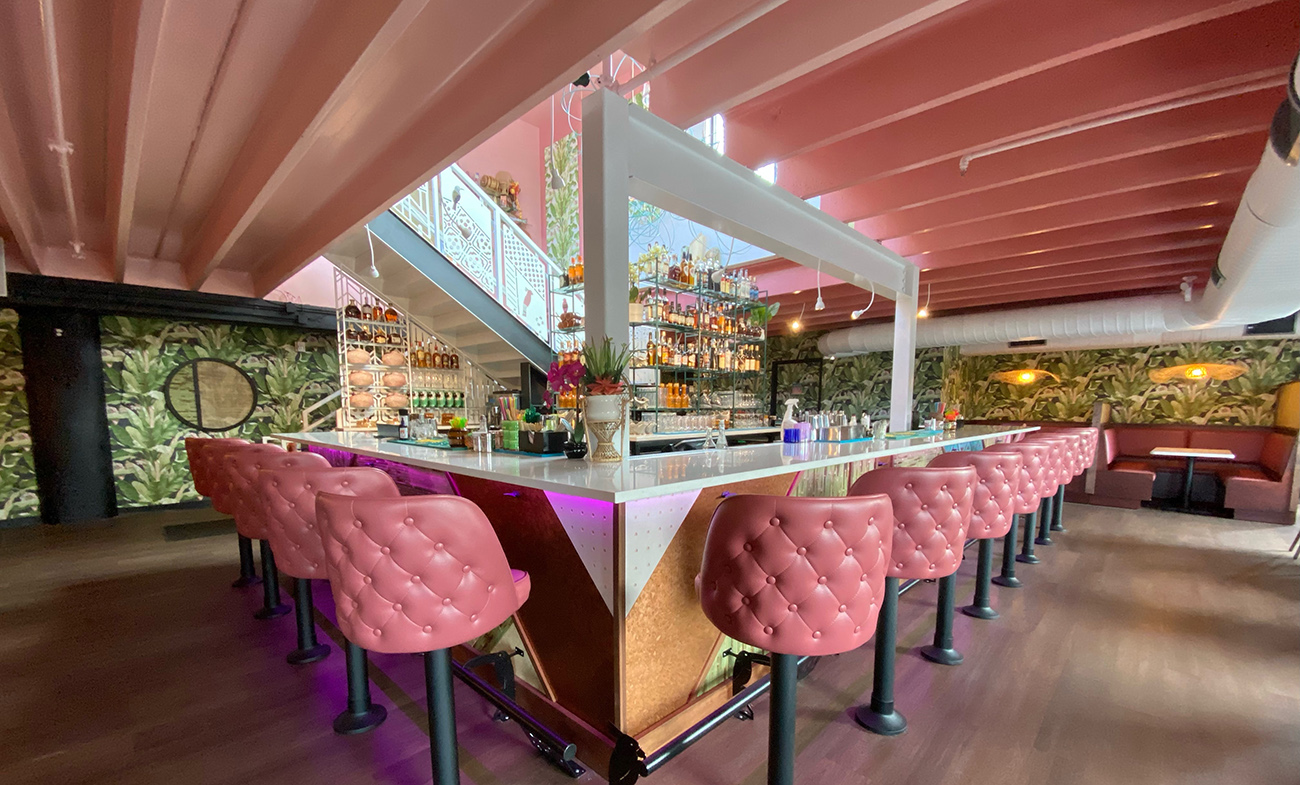 Looking for a new brewery or bar to try out? Here are the 10 best new breweries and bars that have debuted in Charlotte within the past year.

Here at Axios, we’ve been tracking 100+ openings in the past 12 months. That’s a lot to keep up with — and it’s our job. For you, we imagine all the opening coverage is bleeding together so we’ve narrowed it down to the 10 best.

Plus: Keep reading to see what cool bars are coming to Charlotte next.

Listed in no particular order. This guide was last updated on April 11, 2022.

Space: The 25,000 square-foot space has gone through extensive renovations since it was Unknown Brewery.

Background: HopFly got its start in the brewery incubator program at Rocky Mount Mills in eastern North Carolina. HopFly opened its taproom at the mill in March 2020. The world shut down due to COVID-19 soon after it opened. And still, the brewery survived and thrived. 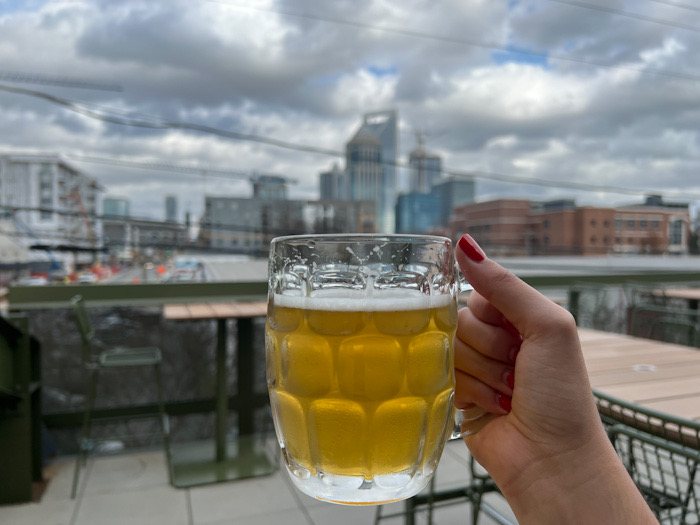 Space: The 11,400-square-foot space has indoor and outdoor seating, a second-floor mezzanine and patio with unobstructed views of Uptown, and three food stalls.

Background: Phil Buchy, who also owns Legion Brewing, wasn’t looking for a new project when he originally toured the Atherton site in 2019. But when he learned more about developer’s vision for Atherton — with its shops, restaurants and preservation of the mill — he only had two words: “Hell, yeah.” 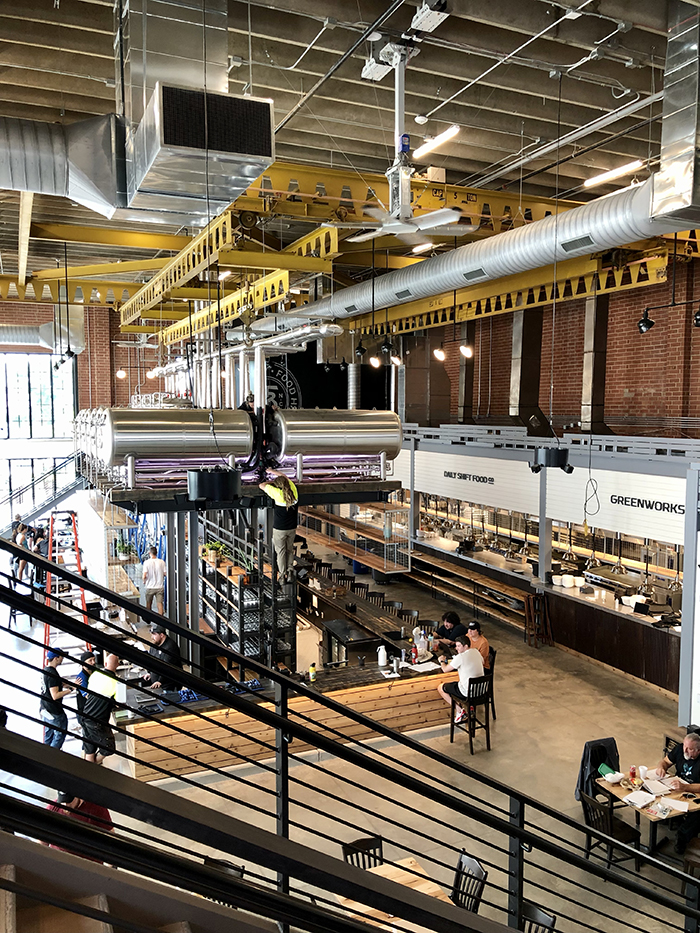 The Plaza Midwood brewery expanded into a 17,000-square-foot space in South End with tacos, coffee, cocktails and more.

Space: The taproom has two main spaces, The Lightning Drops Bar and the Lagerfest dining area. Both use murals and design elements created by staff designer Maryssa Pickett to immerse guests into the artwork found on Resident Culture’s beer can labels.

Background: The popular brewery quickly turned heads when it first opened in 2017 in Plaza Midwood, with its space and hazy beers, now it brought its talents to South End.

Menu highlights: El Toro Bruto’s popular “all day” tacos ($3.50) and its namesake “Taco Bruto” ($6.50+) with crispy griddled cheese inside the tortilla with beans and your choice of protein. 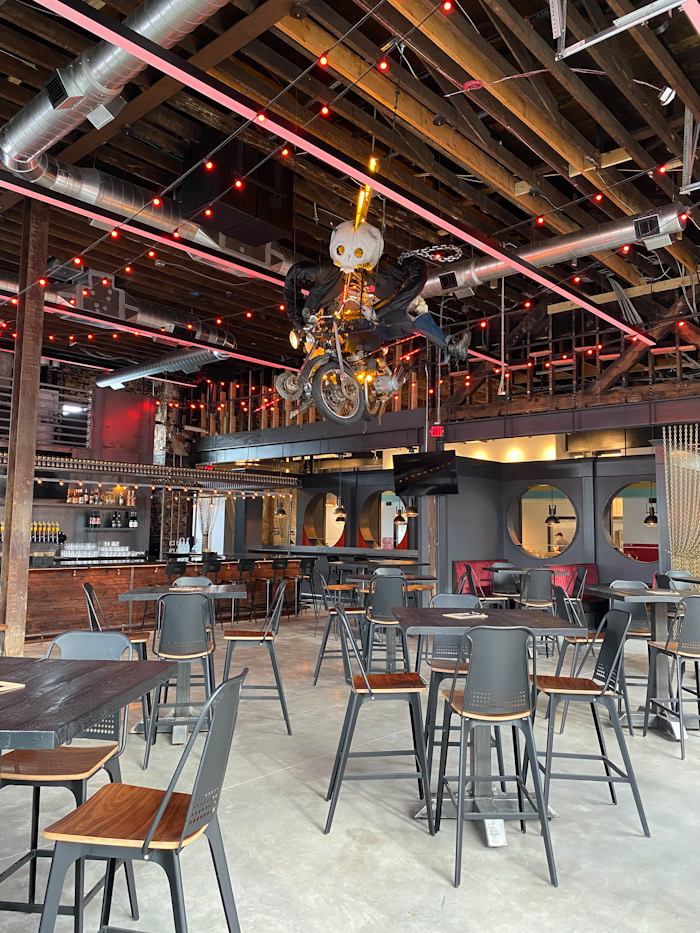 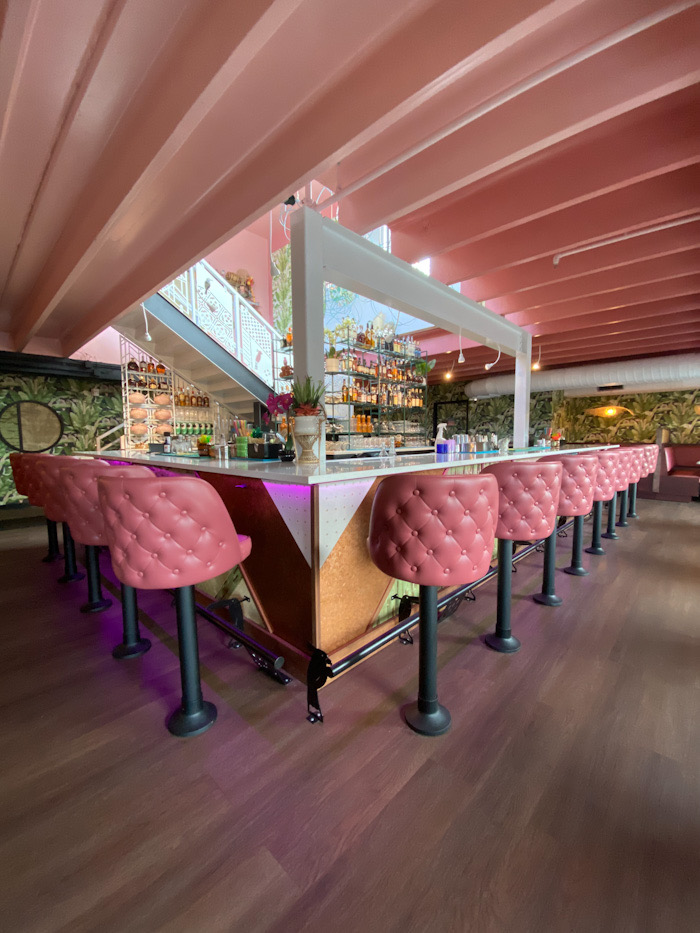 Space: The owners either thrifted, repurposed, or created every piece of art, furniture, light fixture, and table centerpiece in the bar. Starlight on 22nd is meant to be a place where you go to have a drink and an experience.

Background: It’s the brainchild of Ruth Ava Lyons and Paul Sires, NoDa legends and the former owners of one of the neighborhood’s most notable, now-closed art galleries.

What to order: Supernova cocktail ($12). It’s made with rum, coconut rum, blue curacao and pineapple juice.

Read more: Follow your star to the new bar in NoDa: Starlight on 22nd is now open 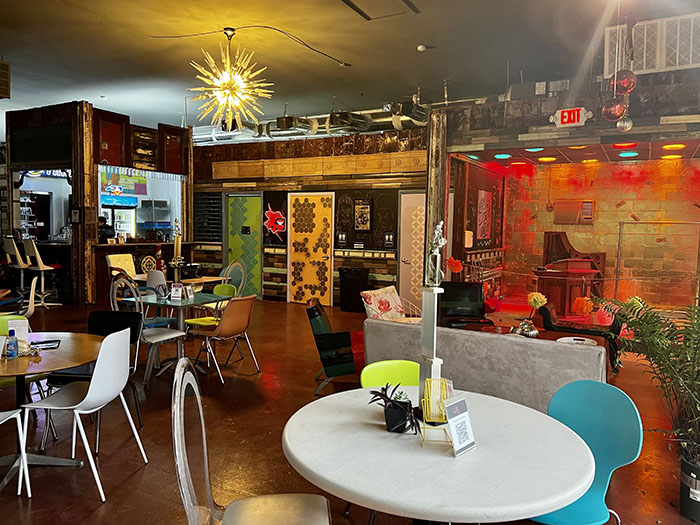 Each table has a trophy centerpiece. “We like to say that all of our patrons deserve a trophy,” says co-owner Paul Sires. Photo: Laura Barrero/Axios

A trendy bar designed for women.

Space: An Instagrammable, floral bar is located in the upper-level loft of Good Life, an event planning company in Enderly Park. The space has three unique photo zones plus one rotating photo zone that changes seasonally.

Background: It’s the latest concept from the events business, which opened in 2019. 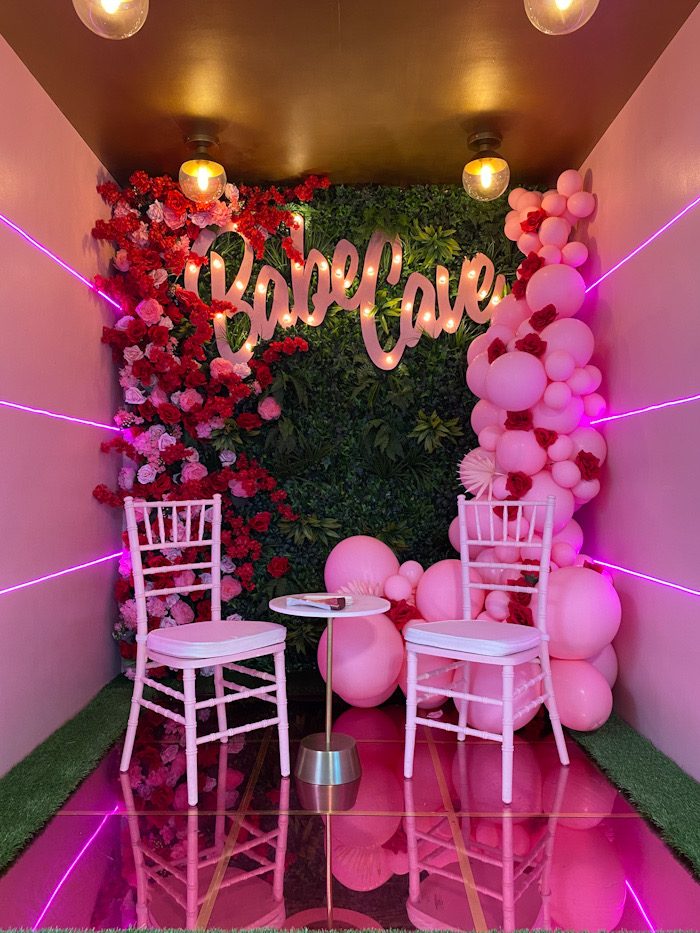 A speakeasy beneath the popular Southern steakhouse, Supperland.

Space: The speakeasy, located one floor below Supperland’s cocktail bar space, is reservation only.

Menu highlights: The menu and theme rotate. The theme through June 11, 2022 is a “Gin and Garden Spirit Experience.” Each ticket ($169 per person) is valid for a two-hour cocktail experience (cocktails and small bite pairings).

Getting there: The speakeasy is located below Supperland at 1212 The Plaza in Plaza Midwood. If you’re facing the bar of the cocktail lounge space, turn right toward the bathroom and then walk down a narrow set of stairs to a dimly lit room.

Read more: A speakeasy with a $115 tasting menu will open beneath Supperland 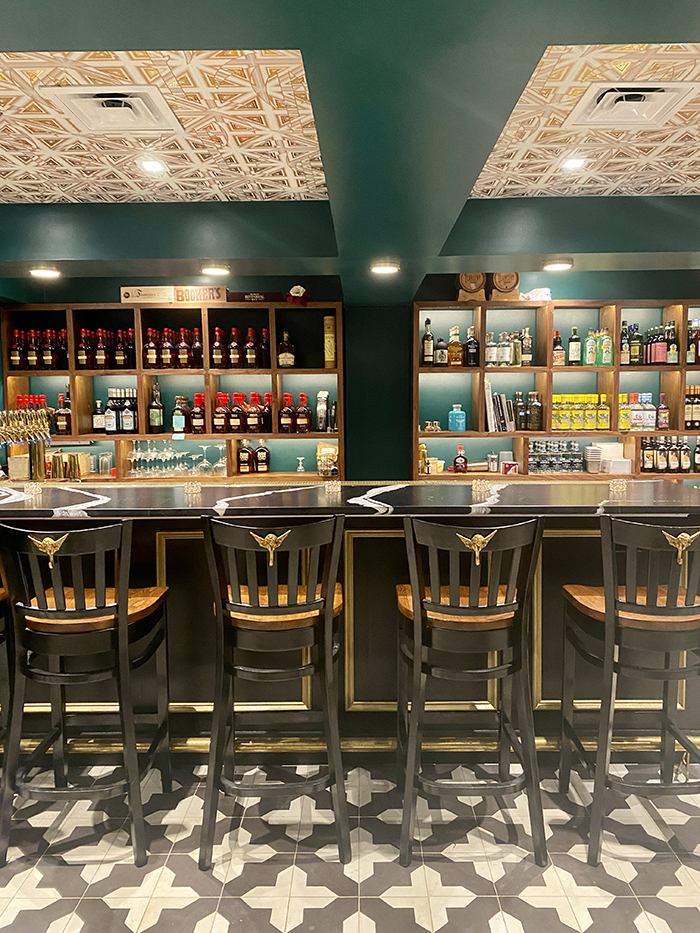 Space: It has a dark, moody aesthetic with pops of color and light from neon signs and hologram installations. This concept doesn’t have a dance floor but there are rotating deep house DJs on Thursdays through Sundays.

Background: Owner Orlando Botero describes Broken Promises as the exact opposite of Lost & Found, his other South End bar, with New York and Tokyo influences.

Menu highlights: Cocktails range in price from $12-$18 and the menu consists of 12 specialty cocktails, 10 classic cocktails and six mocktails.

Location: 214 West Tremont Avenue, about a mile from Lost & Found.

Hours: Open Tuesday through Friday from 5pm to 2am and Saturday and Sunday from 3pm to 2am (weekend hours will adjust to noon to 2am during football season). 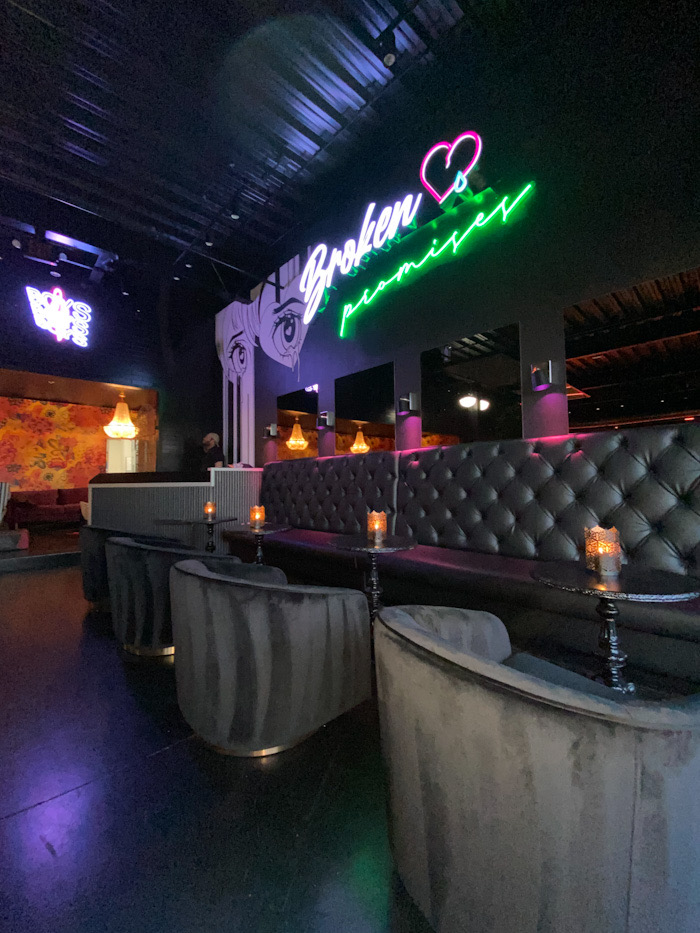 Space: It’s a Baltimore Ravens bar. The real excitement is outside, though. The outdoor patio has its own bar and tables, and a flat-screen for games.

Background: Located at 2710 Tuckaseegee Road in a historically Black neighborhood, Hideaway is in an area facing significant gentrification. Its owner Jay Davis, known for Lulu’s Maryland Style Chicken and Seafood, tells Axios he hopes Hideaway will help maintain a legacy of Black-owned business on the west side.

Hours: The restaurant is open Monday, Tuesday and Thursday from 4pm-midnight, Friday and Saturday from 2pm to 2am, and Sundays from 11am to 11pm. 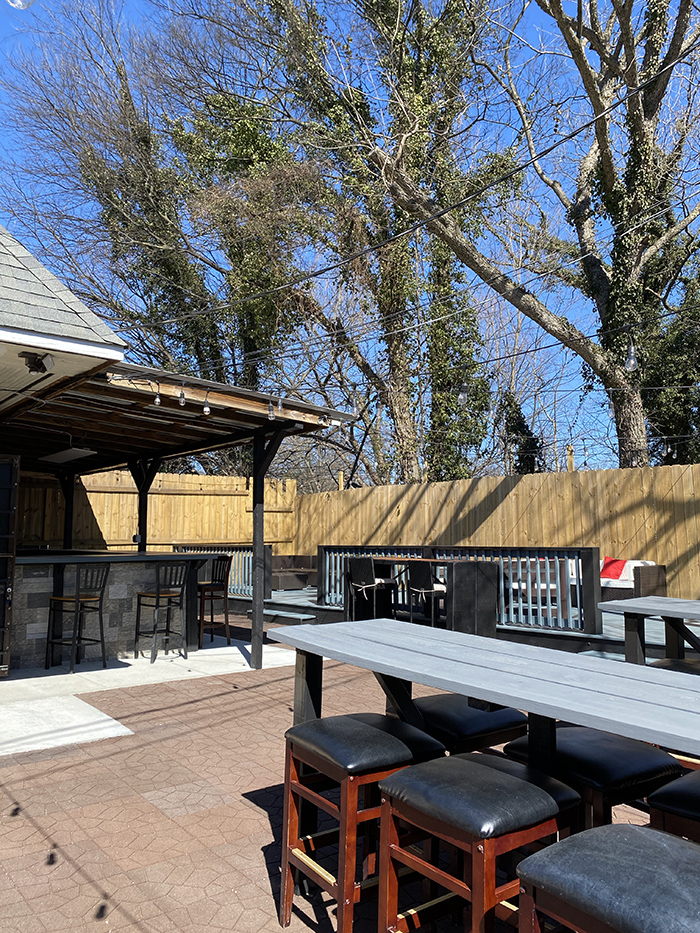 German brewery Gilde (pronounced gill-duh) has been around for 475 years, but just opened in Charlotte.

Space: Gilde has an interior bier haus and outdoor Biergarten, all with a capacity for 350 customers. Expect authentic German beer and cuisine, including sausages and pretzels.

Background: The fact that one of Germany’s oldest brewers has expanded into Charlotte is a nod of confidence in the local beer industry, which has been growing at a breakneck pace ever since the city’s first brewery, Olde Mecklenburg, opened in 2009.

Hours: Gilde is open from 3-10pm Sunday and Tuesday through Thursday and from 3-11pm on Friday and Saturday. 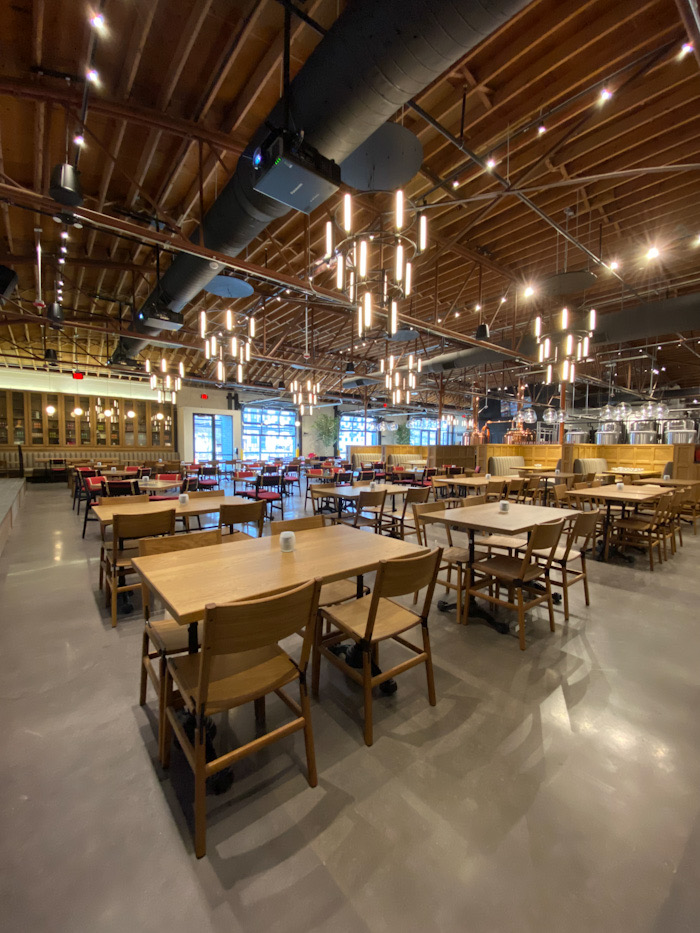 What’s next: These anticipated spots just missed the cut-off, but keep an eye on ’em.

Go deeper: The 30 most-anticipated new restaurants and bars in 2022 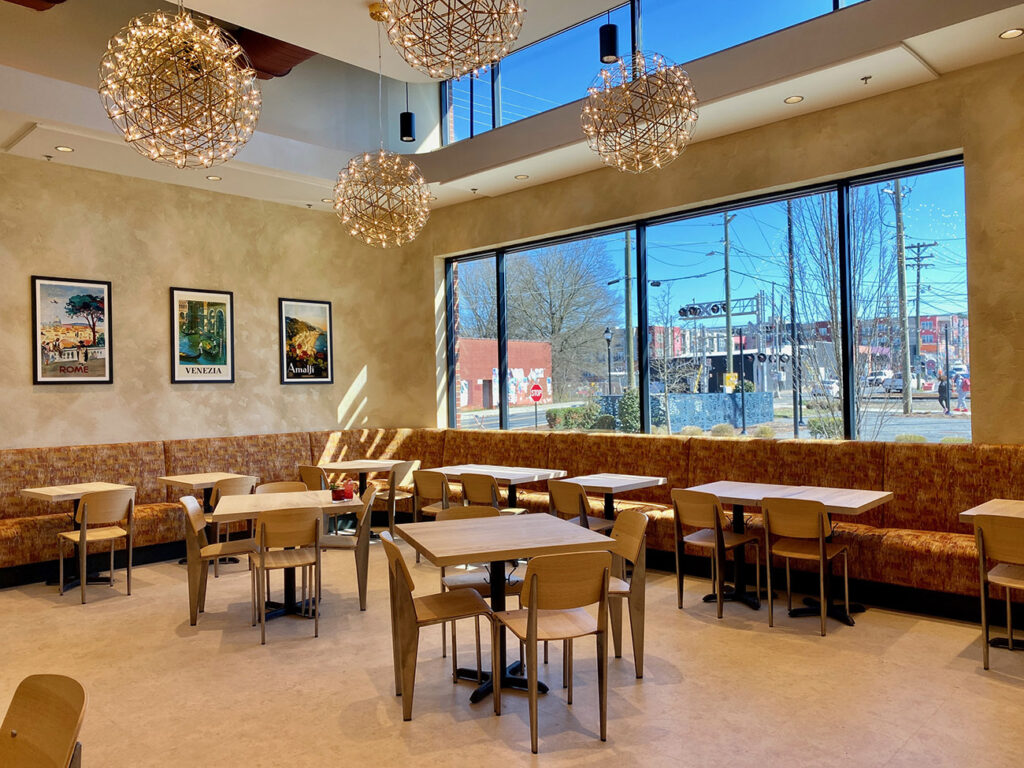