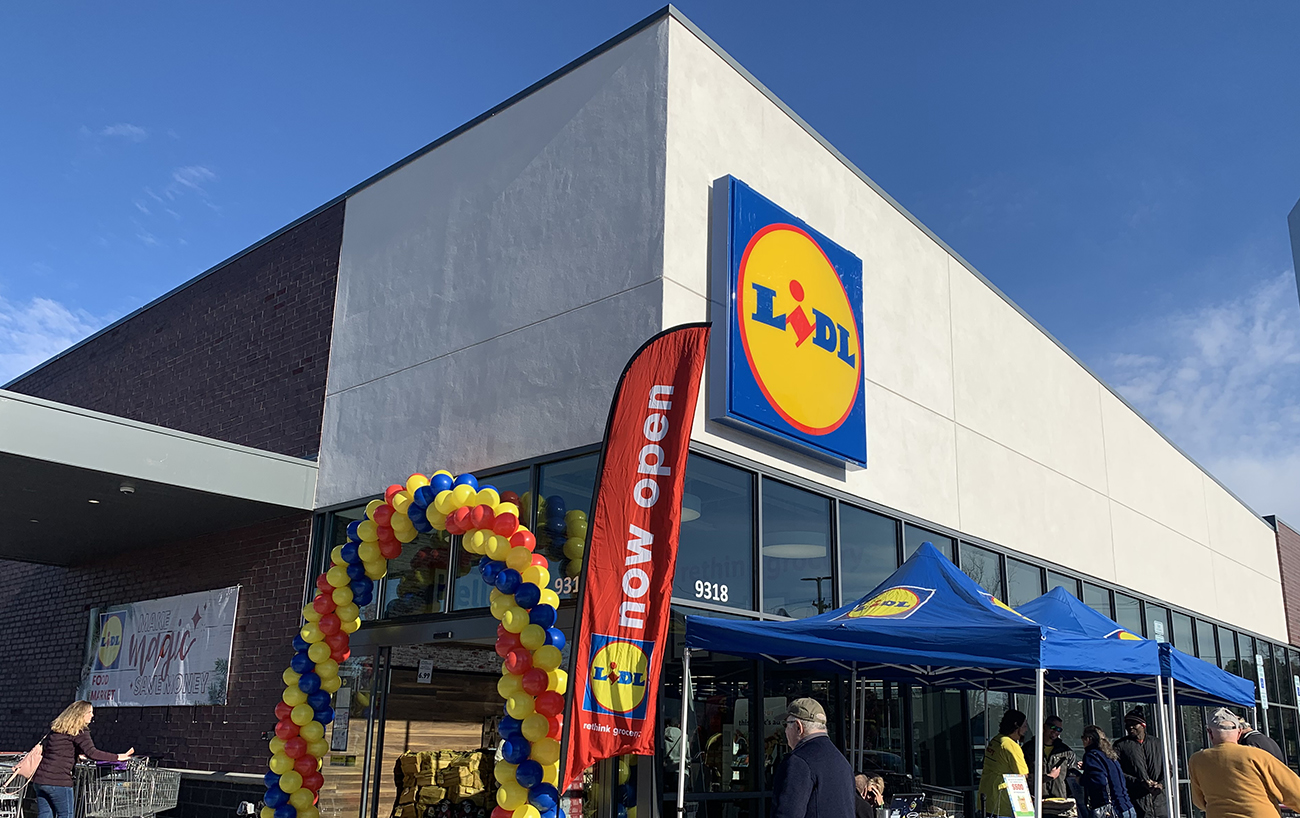 The low-cost German grocer Lidl has opened its first Charlotte store, in the southeast part of town close to Matthews. Also this week, Harris Teeter said it will close one store and renovate another — all underscoring further churn in Charlotte’s grocery industry.

Lidl (rhymes with “needle”) is known for small-scale format and very cheap products.

On Wednesday morning, a live DJ blared music and a traffic controller guided drivers in the crowded lot. Shoppers mused at the labels of some of the new brands they probably wouldn’t see at their local Harris Teeter. Others crammed their carts with opening-day special selections of produce and meats.

The new store has avocados for $1.29. Bottles of red wine from the French Côtes du Rhône region for $3.99. Holiday gift wrap for $1.99. Grass-fed chicken breasts for $3.99 per pound. The list goes on. It’s fair to compare Lidl’s prices to those of Aldi, Walmart, or Food Lion.

Prices at the store are low because most of Lidl’s products are private label, meaning they’re made exclusively for Lidl. Such brands (think 365 for Whole Foods, or Greenwise at Publix) are more profitable for retailers, and cheaper for customers.  You’ll still find plenty of national brands at Lidl, though — including Dunkin’ Donuts coffee, OxiClean stain remover, Pedigree dog food. 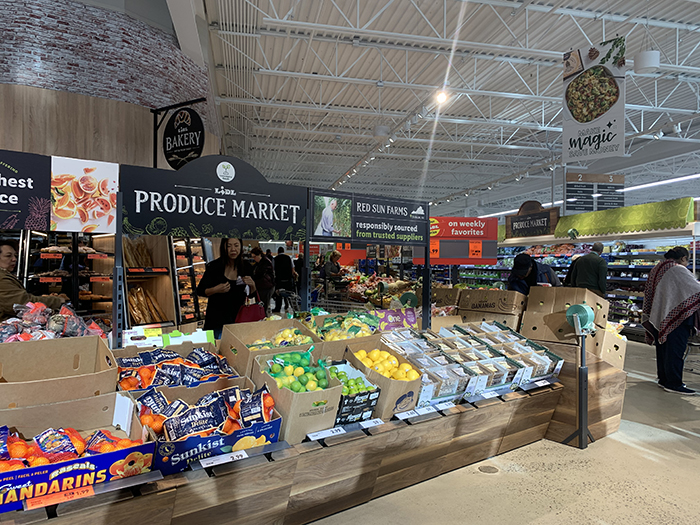 Lidl first entered the U.S. in summer 2017 with stores in the Carolinas and Virginia. Its first stores in the Charlotte area opened a few months later, in Indian Land, Gastonia, and Shelby.

The exact location of the first Charlotte store to open is 9318 Monroe Road. It is slightly smaller — about 14,000 square feet — than the other stores Lidl has opened in the U.S., which are around 21,000 square feet. By comparison, the average Harris Teeter or Publix store is around 40,000 square feet.

Even though it’s smaller, the new Lidl is able to fit about 1,000 more products into the store, spokesman William Harwood told the Agenda on a tour Wednesday morning. That’s possible because several of the shelves are taller, allowing for more space. 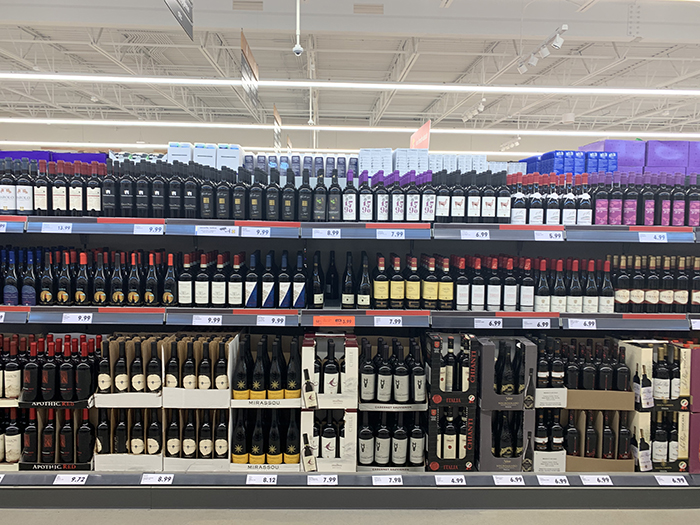 With smaller stores, Lidl will be able to expand more easily into denser parts of the city, Harwood adds.

“We started off with these big, beautiful stores. But it’s hard to get that type of land in more urban areas,” he says.

Harwood describes Lidl as nimble — in other words, it’s able to respond relatively quickly to changing customer tastes. It recently added grass-fed, organic beef, for instance, as well as Beyond Meat, a meatless substitute that’s soared in popularity.

“We sometimes de-list products if we realize it’s not resonating with customers,” Harwood says. 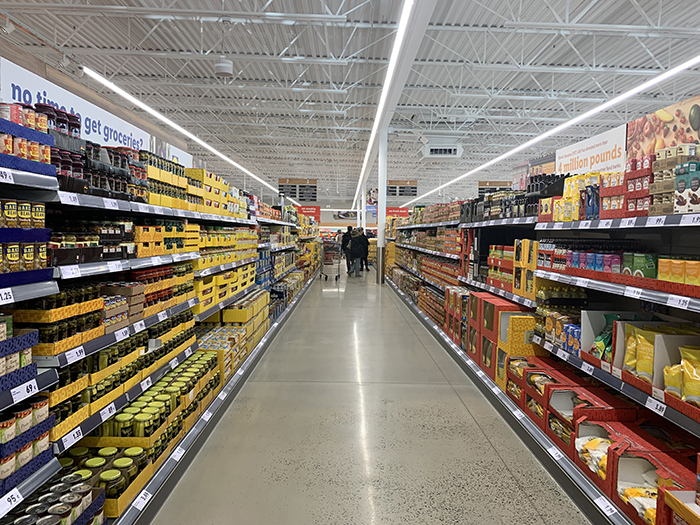 Shelves are higher in Lidl’s first Charlotte grocery store because the store holds about 1,000 more products than the first stores Lidl opened in the U.S.

Expect Lidl to open several more stores in and around Charlotte soon.

Lidl will open in Matthews in the spring. The grocer is also in the permitting phase for several stores, including Mallard Creek and Steele Creek. It plans to open one in Carmel Commons in south Charlotte, as well as South Boulevard, where a lot the company owns has sat vacant for years, drawing intrigue and confusion among neighbors.

“We’re interested in moving forward with that site, but we have to go through a couple of things first,” Harwood says. 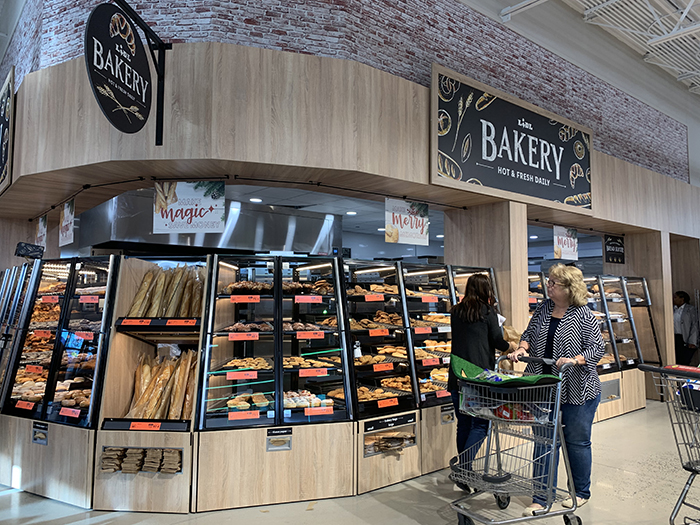 A bakery with fresh-made breads, cakes, and pastries greet customers at Lidl’s store on Monroe Road.

In unrelated grocery-store news Wednesday, Harris Teeter confirmed it’s closing its University-area store at 2201 WT Harris Boulevard “after careful consideration and strategic market review.” The store, which opened in 1994, will close for good on or around Jan. 5.

As a way to appeal to customers, Harris Teeter has in years past completed significant renovations at a number of its Charlotte stores. Its Cotswold store added a wine bar a few years ago. In 2012, the Plaza Midwood store closed for a year during a store overhaul that included sprucing up the interior and adding more parking spaces.

“This will be a major remodel,” Robinson said of the Park Road Shopping Center store. “We are thrilled to introduce new amenities, enhanced conveniences and a new décor package to this location.” 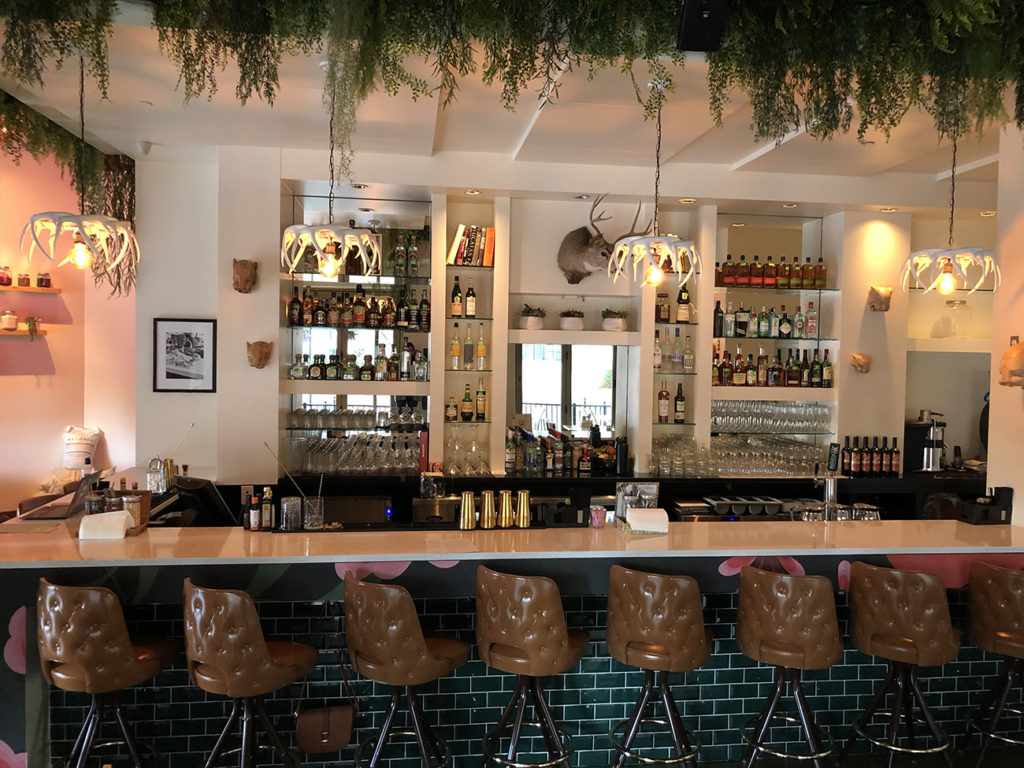