CLT Debates: Which is better, South End or Plaza Midwood? 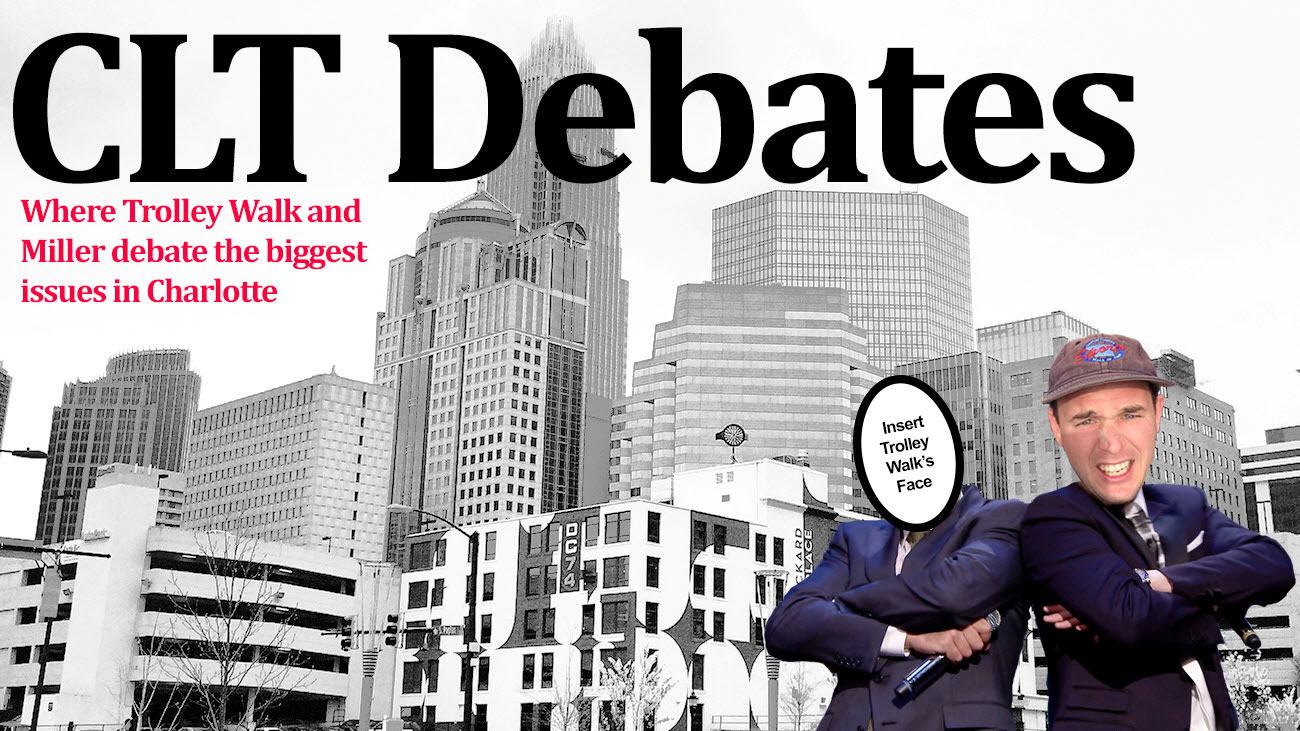 The time has finally come time for two great minds in Charlotte to tackle the biggest questions in recent Charlotte history. Up today, The Talented Mr. Yoho and @TheTrolleyWalk debate which neighborhood is objectively better: Plaza Midwood or South End?

First of all, Plaza Midwood is an actual neighborhood. It does have apartments springing up, but Plaza will always be a neighborhood of houses and interconnecting streets that feels like its own community. Add in the fact that the amazing restaurants in the area span every possible food group*, and one could argue that Plaza Midwood could annex itself from Charlotte. Seriously I can never leave my neighborhood and my taste buds (and wallet) would thank me for it.

I know you are going to argue that your “night life” is better, but when I turned a certain age I decided that I actually wanted to hear people when I was at a bar. You can have your “feeding trough” type bars and I will gladly take the patio of Thomas Street Tavern or the dollar mystery beers at Krazy Fish**.  There is nothing better than actually having a conversation in a cool venue and not having your personal space constantly violated.

In conclusion, I want to stake claim that Plaza Midwood is home to Common Market. I know there’s palpable sadness about the portable food stands trucks and Faux Common Market being torn down, but I promise you there is a much better (original) Common Market in the heart of Plaza Midwood. In fact I believe that anytime someone refers to the other location they should be forced to add an asterisk or refer to it as “Faux-mon Market.” @TheTrolleyWalk: The light rail is a trump card

I’d like to address each of these, some of which you just threw into an asterisk, clearly hoping I would overlook them:

That’s your fault for driving. By your logic, New York and Chicago are wastelands that should be avoided at all costs. There’s a light rail, Uber, and oh yeah an awesome Rail Trail begging to be used by people like you sitting in your Hummscalade waiting to turn left into Chipotle. Sure traffic can get thick, and it’s only going to get worse, but South End is unique in that it’s the one place in Charlotte where you really don’t have to drive.

In the early fall of 2015, I think I have to concede this point. HOWEVUH, I’ll point out that a little thing called Food Truck Friday started in March 2012 in the South End. There were a few fits and starts with food truck rallies in different locations close to the city, but ultimately the event blossomed on the lot next to Common Market after a fits and starts in Uptown (next to Dixie’s) and elsewhere in South End (the parking lot of Icehouse***). That little phenomenon is now one of the top things to do in all of Charlotte, and I think it worked out there because of the unique stew of public transportation and a critical mass of apartments that had cropped up within walking distance. Now one food truck rally does not make a cultural movement on par with the Harlem Renaissance, but it’s a start. Add in more people and more time, and it’s something you can build on.

Also, breweries. You can deride how many breweries are popping up, and you can deride the big box apartments, but the fact is that the word is out Charlotte is a craft beer town and South End is one of its hubs. That’s a cultural identity you can hang your hops-dust-covered hat on. A cultural heartbeat sending beer to your extremities. Delicious. I got nothing. Point to Miller.

So after completely and irreversibly changing your mind on those points except Common Market, here is my pro South End commentary:

You know what traffic scenario in Charlotte really sucks? Driving on Central Avenue. Rush hour on that thing is from like 6 a.m. to 10 a.m. and then again from 3 p.m. to 7 p.m. The part where it goes down to one lane at Central and Pecan right at the Dairy Queen is a bloodbath. I feel like 90 percent of the drivers in front of me just received their learner’s permit that morning in Mint Hill and somehow is hopelessly lost. Meanwhile I budgeted nine minutes to drive to Harris Teeter for buttermilk and it’s been seven minutes and I haven’t even parked yet. Which takes 10 minutes in that place. Not a problem in South End. It’s the only place in Charlotte where you can legitimately live without a car. And guess what? You’re about to be able to ride the light rail from South End to NoDa and UNC Charlotte. Endless possibilities right there. I think this point alone wins me this neighborhood argument. Infrastructure is a trump card. You mentioned “too many apartments” as an issue with the South End, but I don’t see that as a problem. While I also enjoy the houses and streets of the Plaza, I’d argue that the homogeneity of the residences in South End makes for a better community. When you have a number of people in the same station of life, in similar careers, with similar shared values, that’s when a community can really flourish. South End has that, and it’s often used as a knock on the community. In Plaza Midwood, you have a unique mix of old timers, young families, and young people. That’s a great mix in theory, but in reality you’ve got a bunch of groups of people that want a variety of different things out of their neighborhood (Great schools! Small houses! Cool bars with live music! Silence on the weekends!)

In a perfect world they can come to a consensus, but practically it makes moving the neighborhood forward in a common direction difficult. In South End, nearly everyone is young, college educated, and upwardly mobile. While it’s important to make sure everyone can access that lifestyle if they want it, once you’re there, chances are you want the same thing out of a place to live as your neighbor, and that’s a good thing. Thank you for response and your civil tone. You are a true gentleman and have presented many intelligent points. Below are my responses.

It’s cool you might be able to walk some places (still easier to walk in Plaza Midwood), but it is essentially impossible to enter South End without being immediately stuck in a traffic jam. Seriously, I have unfortunately visited that area of town a few times the past week and EVERY time I have been stuck in a traffic jam. Yes, Central can be difficult and the dadgum train sucks the life out of me, but I would rather sit at a stoplight for two minutes than in a traffic jam beside another apartment building for 15.

I concede this point. You made a very compelling argument.

There’s just one problem with your South End restaurant list, and it can be proven with a little math: Did you just argue that people should live in homogenous pod with no right to have their own space? You are either a part of the Matrix or the leader of a very uptight HOA. Also people who are college-aged are not fun to live around. I like my peace and quiet, and to not be woken up by Betsy down the hall screaming at her boyfriend on FaceTime down the hall. In other news: My generation is the worst.

@TheTrolleyWalk: Can’t we just get along?

Perhaps claiming everyone should live in the same type of building wasn’t my best rhetorical move in retrospect, but I stand by my central point that when a community marches to the same drumbeat, they can accomplish some pretty impressive stuff. I fully understand the “slippery slope” arguments I’ve opened myself up to but what can you do.

I think what we’ve learned here is that both of these neighborhoods have a ton to offer folks who prefer different strokes. But we have more in common than just markets******. We both are glad we aren’t in Ballantyne.

What points did we miss in out in our tete-a-tete? Share your ideas with us on Twitter and tell us who won at @charlotteagenda, @thetrolleywalk, and @mryoho.

*We should be teaching kids that the real food groups are: BBQ, pizza, salad, breakfast, sushi, country, fancy food, hamburgers, tacos, and coffee.

***Or whatever it’s called now. 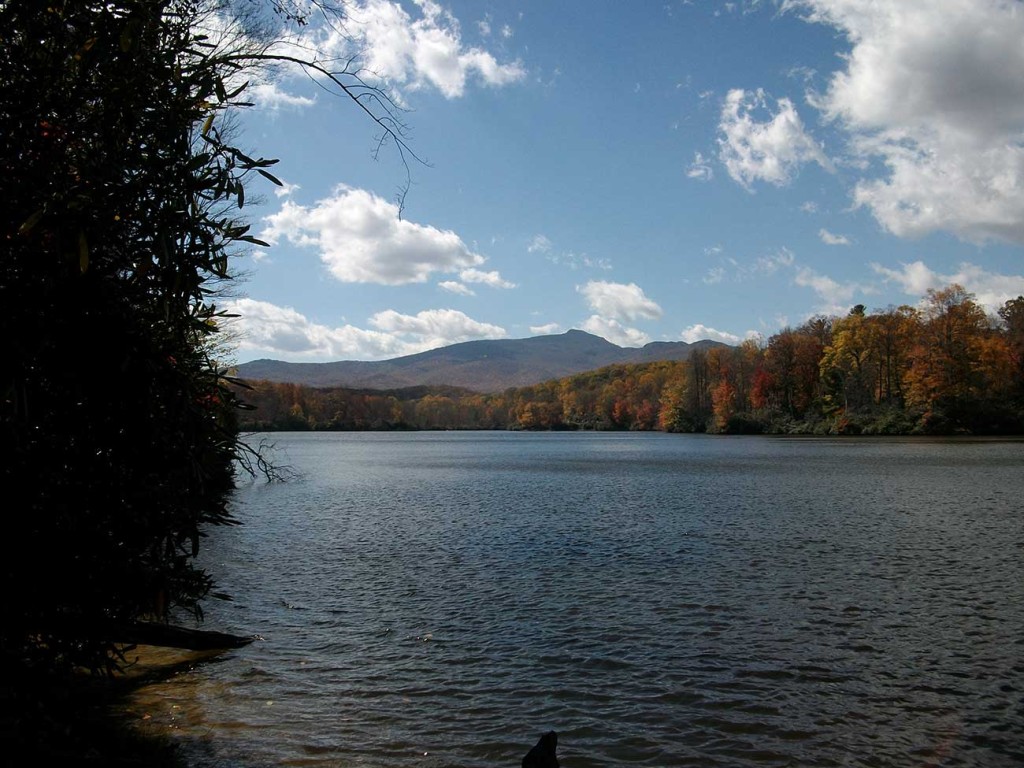 #LeafWatch2015: The best way to peep some leaves within three hours of Charlotte