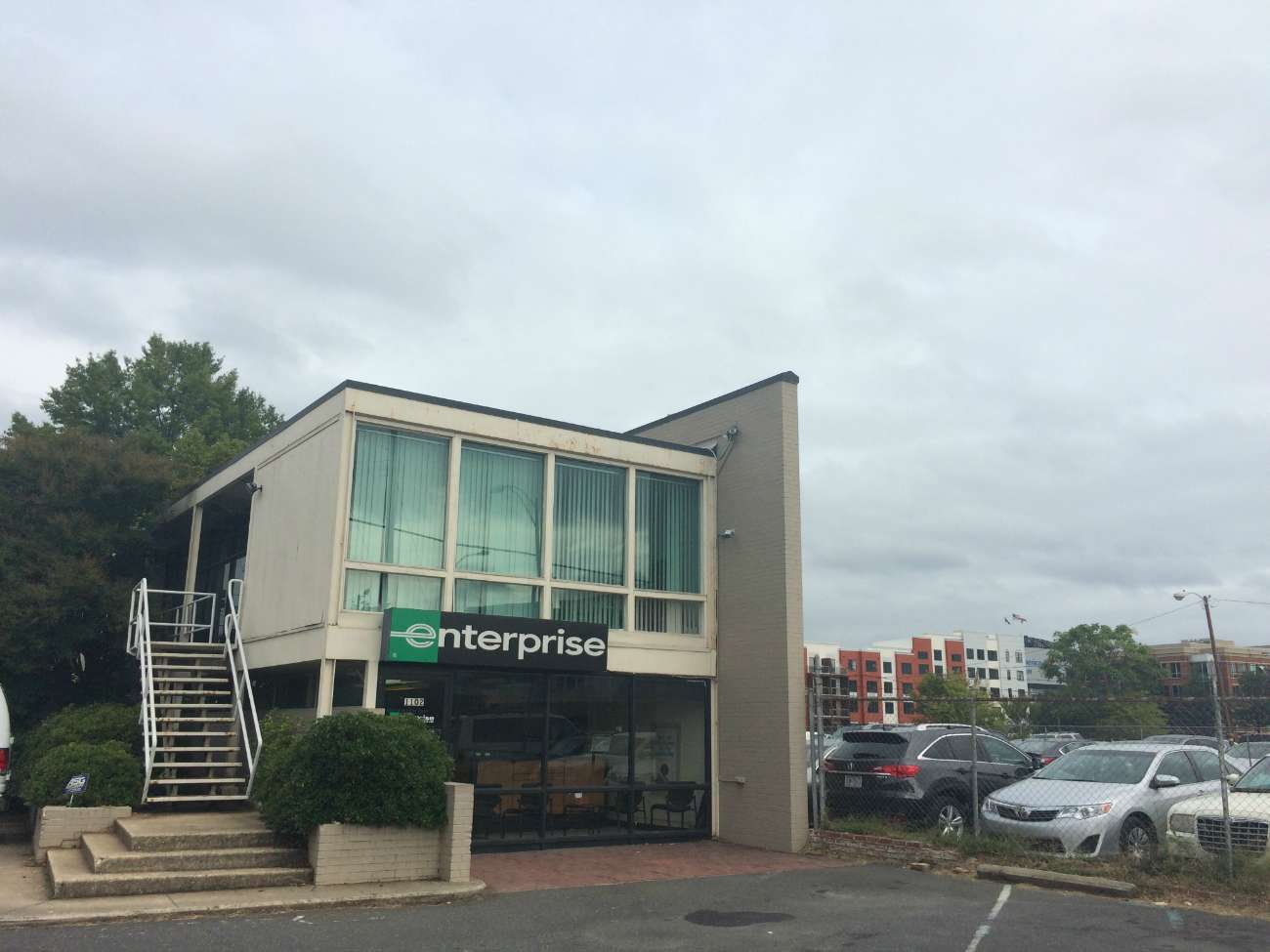 I love the Charlotte-Mecklenburg Historic Landmarks Commission website. If time allowed, I’d spend hours on there digging through stories about forgotten, restored and destroyed properties. This week, I landed myself there on a hunt for photos of the crumbling church on Central and Hawthorne back in its glory days. Instead, I stumbled upon the surprising history behind the humblest of little buildings on Tryon Street. The former Home Finance Company building, now a not so glamorous Enterprise car rental, was built back in 1958. Local architect J. Norman Pease Jr. won the first North Carolina Institute of Architects design competition for his work on the Modernist building. Pease also designed Marshall Park and the master plan for CPCC, among other buildings.

According to CMHLC, the original elevated design of the Home Finance office allowed for client parking under the building. That space has since been enclosed to accommodate additional office space, but the original exterior staircase and balcony are still in tact. The surprising thing about this property isn’t the history itself; an award-winning mid-century office building design isn’t exactly an earth-shattering revelation. For me, the surprising thing was that there was any history at all here, that a building I had dismissed so many countless times as an odd little eyesore was once a celebrated structure. All I had to do was dig a little bit.

There are lots of historic buildings like this in Charlotte, seemingly ordinary structures that wouldn’t even garner a second glance from me. Unimpressive as they may seem, these buildings still carry little pieces of Charlotte’s history and, unfortunately, you’ll find many of them on CMHLC’s list of Endangered Properties, those at risk of being lost to development. I tried calling Pease Engineering & Architecture to see if anyone there had additional information about the property or its architect (J. Norman Jr. died in 2009), but the line redirects to LaBella Associates which acquired the firm back in 2010.

Sure, the Home Finance Building will never be a Charlotte landmark. It was, after all, just created to be a place of business (albeit a beautiful and functional one at the time). With South End’s development boom, the humble little building probably won’t even survive the next couple years. I appreciate the work CMHLC does to preserve buildings like this, even if only online, because it has taught me to look twice and to dig deeper into what’s around me. Everything has a backstory. 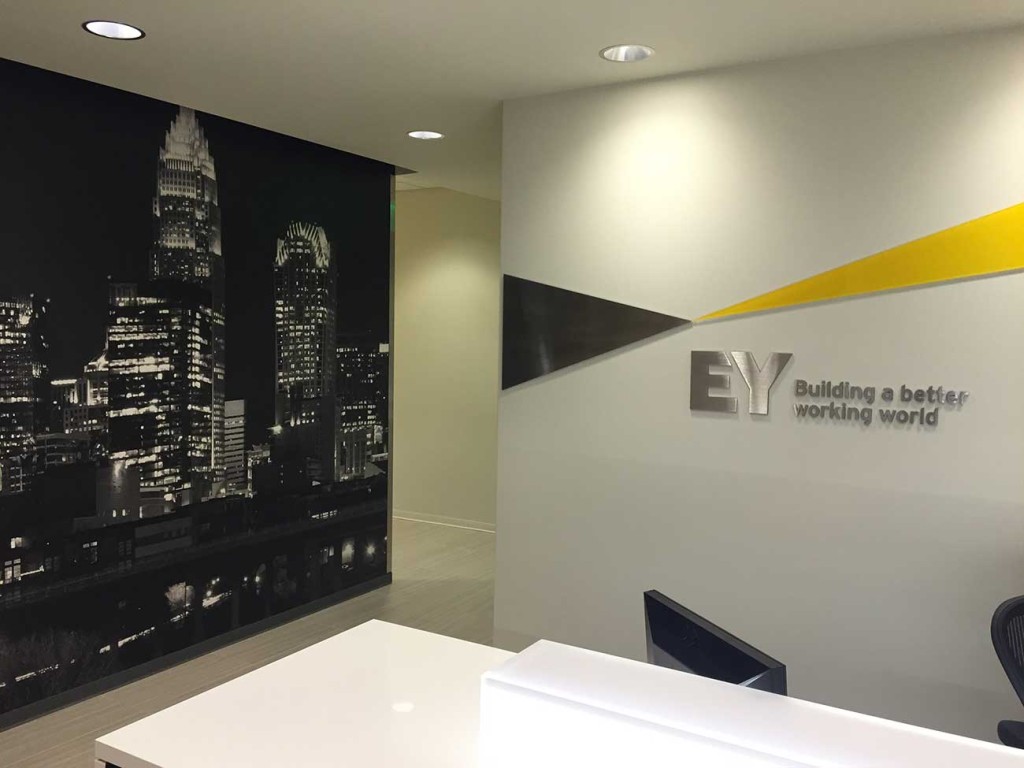 A look at EY’s new Charlotte ‘workplace of the future’