Haji’s sad ending: The boy from our special report last spring was one of two teens killed in a car accident last week 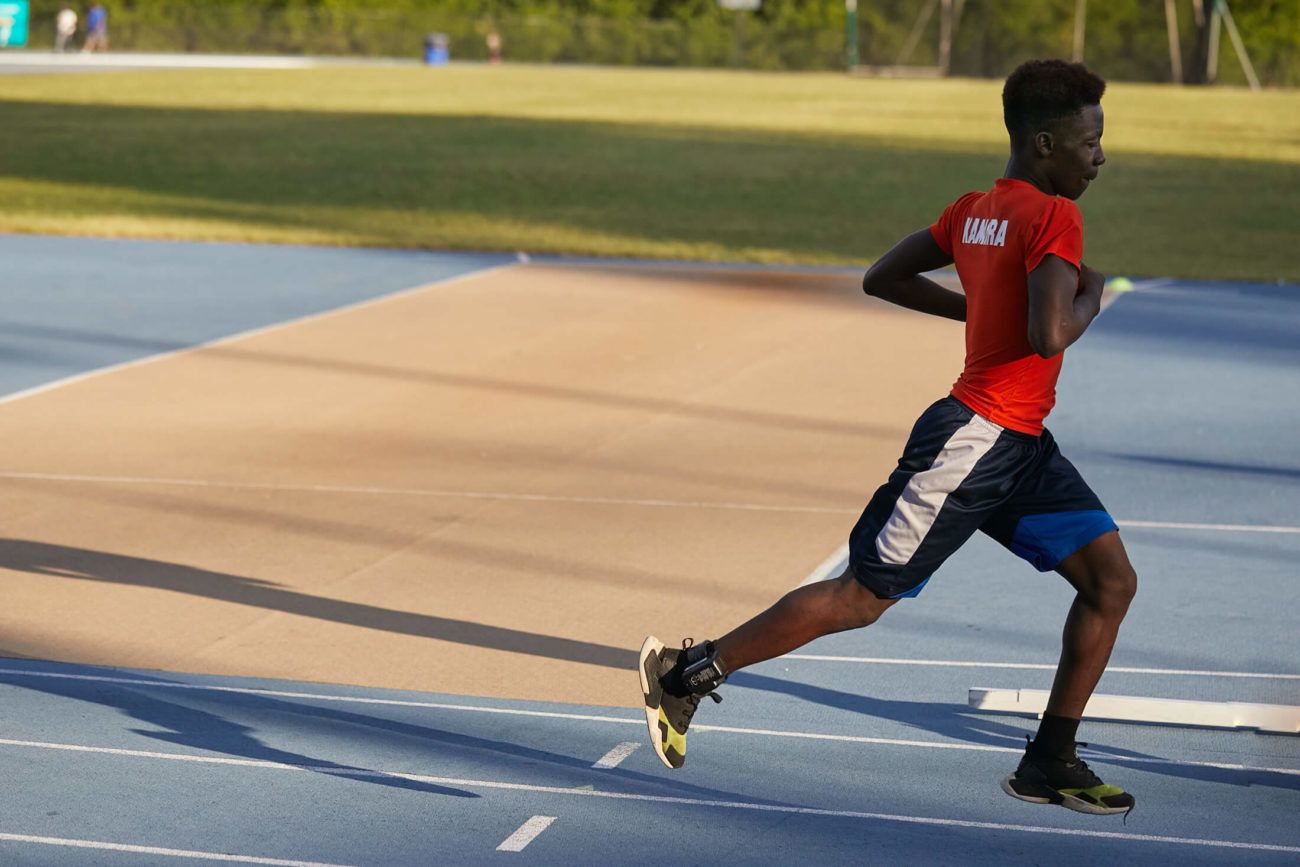 Story by Michael Graff and photos by Logan Cyrus | November 11, 2019

The last time I saw Alhaji Kamara, he was in the passenger’s seat of my truck, and we were returning tables and chairs to a supply store after a big cookout.

It was hot, almost summer, and he was quiet on the ride. Haji was always quiet. We’d just published a 4,500-word story documenting nearly four months of his life as a teenager growing up poor and with a criminal record in Charlotte. In all that time, Haji might’ve said a few hundred words to me.

I thought he’d be more relaxed riding shotgun after the story published.

“Good,” he said when I asked how school was going.

“Fine,” he said when I asked what it felt like to receive attention.

“I don’t really listen to music,” he said when I asked him what he wanted to hear.

Shrug, he motioned when I told him he could change the radio to whatever station he wanted.

When we pulled up to the supply store, he hopped out right away to help. He grabbed chairs four at a time, tables two at a time. After we unloaded, he went home with Greg Jackson, the founder of the nonprofit Heal Charlotte and Haji’s guardian at the time.

State highway patrol still hasn’t released a full report. But Haji and Asiyah were in the backseat of a car that stalled on the highway around 8 p.m. According to Greg and another teenager who was there, the driver called a friend to help them.

The friend arrived in a 2008 Nissan Sentra and tried to give the car a jump from the right lane, near the shoulder. Rain started to pour, so the teenagers jumped in the Sentra. That’s when another car struck them from behind.

“Nobody saw it coming,” Greg said.

Heal Charlotte is an after-school program Greg started in response to the 2016 protests that followed the police shooting of Keith Scott. Greg’s initial goal was to give kids something productive to do in his neighborhood, Orchard Trace, about seven miles north of Uptown. Haji joined Heal Charlotte when he was 14.

“We wanted to do something for the kids, so we didn’t have to do this,” Greg said on Sunday night at a candlelight vigil for Haji at Orchard Trace. 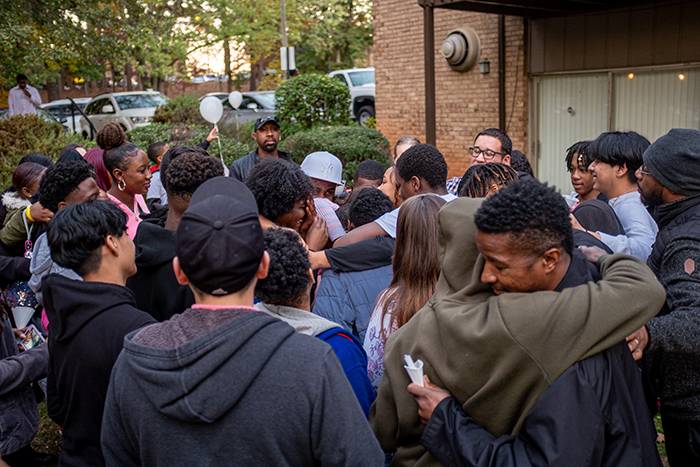 Friends and family gathered to remember Haji on Sunday evening at Orchard Trace.

“One good thing about Haji was he really got Coach Greg to pray more,” joked pastor Theo Shaffer of Grace Church.

Last winter Haji sold an iPhone on Facebook’s marketplace; when the buyer arrived to make the transaction in person, Haji grabbed the money and ran. Greg went to court on the boy’s behalf. A judge agreed to release Haji on the condition that he live with Greg. Haji moved in wearing an ankle monitor.

We followed Greg and Haji’s journey over several months and published the piece in late May. It was widely read, and people from all over the county donated time and money to Heal Charlotte. Now, the nonprofit is working to purchase a nearby motel and turn it into affordable housing units.

In my conversations about the story, people were drawn to the two main questions around Haji: Would he turn out OK, or end up in jail? And where is the line between being a victim of circumstance and being personally responsible? 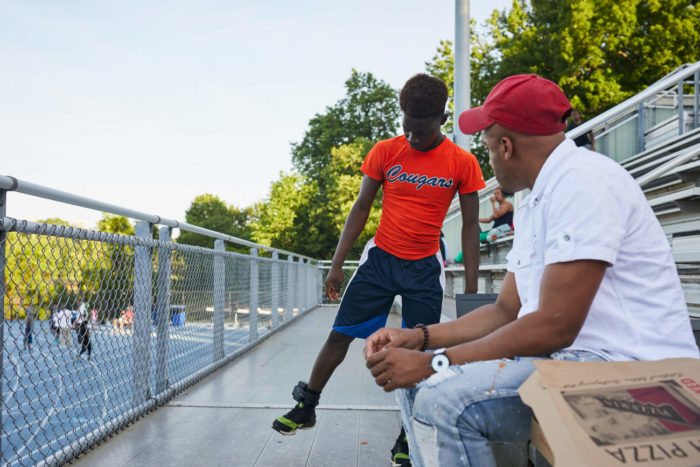 Haji was born August 2, 2002 in Liberia. He had nine siblings, one of whom is a twin sister who stars on the Vance track team. Not long after Haji was born, their father was killed during the Second Liberian Civil War.

He spent much of his early childhood going from place to place and missing meals, until one day a refugee agency saw his mother, Hawa, walking naked in the street. They took her in and helped her fill out refugee paperwork. She arrived in Charlotte with eight kids just before the financial collapse of 2008.

She found work as a cook at a Liberian restaurant on North Tryon Street, and as a housekeeper at Carolinas Medical Center. She struggles to make rent each month, and her kids live underneath the wings of Charlotte’s wealth. A modern apartment complex with $1,500-a-month rents just opened on the edge of Orchard Trace, where the Kamaras live in a three-bedroom condo.

Haji was arrested twice after the story published, each time for robbery. But no matter what Haji did, Greg remained optimistic. On Tuesday of last week, in fact, just 48 hours before the accident, Greg told me that Haji had his grades back up and seemed to be doing better. “And he moved back in with his mother and is taking care of stuff around the house,” Greg said.

Haji lived all of his teenage life like that, glimpses of gentle goodness mixed with flashes of sin.

On Thursday night, just before Haji’s accident, Greg took six kids from the Heal Charlotte program to the Hornets-Celtics game in Uptown. For each, the game was a reward for an accomplishment in school or personal behavior. One of the kids was D.K., Haji’s younger brother.

D.K. is an excellent student who never causes trouble, Greg says, and a terrific basketball player.

Around the same time, Asiyah’s mother called friends and family trying to find her daughter. “I didn’t know that (Thursday morning) would be the last time I would be able to tell her ‘have a good day at school,'” her mother wrote on an online fundraiser page. Asiyah was the oldest of four, she wrote.

After the Hornets game, the Heal Charlotte kids got to meet Jayson Tatum, the Celtics forward. Tatum gave D.K. one of his game shoes as a souvenir.

“We were on a high, man,” Greg told me Friday morning.

Greg and the kids pulled back into Orchard Trace at about 11:30 p.m. They hadn’t been home for more than a minute before his phone rang with the news that there’d been an accident.

Greg rushed downtown to Carolinas Medical Center. So did Hawa and one of her other teen-aged children. So did Asiyah’s mother. Twenty miles north of the hospital, though, Haji and Asiyah had already been pronounced dead.

The parents each have some version of the same story about what happened next: what they thought was a trip to sit beside a hospital bed was actually a visit to identify their children.

Meanwhile, as Thursday turned into Friday morning, D.K., a boy not quite 16, stayed home with the single shoe he’d just been handed, and he watched over his remaining siblings while they slept.

Three days later, D.K. was one of the last to speak at Haji’s vigil. He wore a white dress shirt, buttoned all the way up to the neck and tucked into stonewashed jeans. He wrapped his hand around the microphone and spoke softly to his older brother.

“I promise,” he said, “I’ll make sure mom never has to work again.”

Services for Alhaji will be November 22 at Grier Funeral Home. In lieu of flowers, the family asks that donations be made through Heal Charlotte’s website to help pay for the services. Just include “for Alhaji” in the memo.

Asiyah’s mother also is raising money on a GoFundMe page. 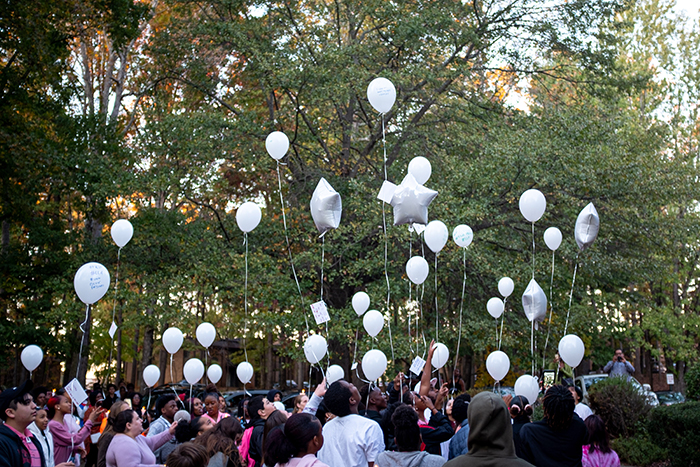 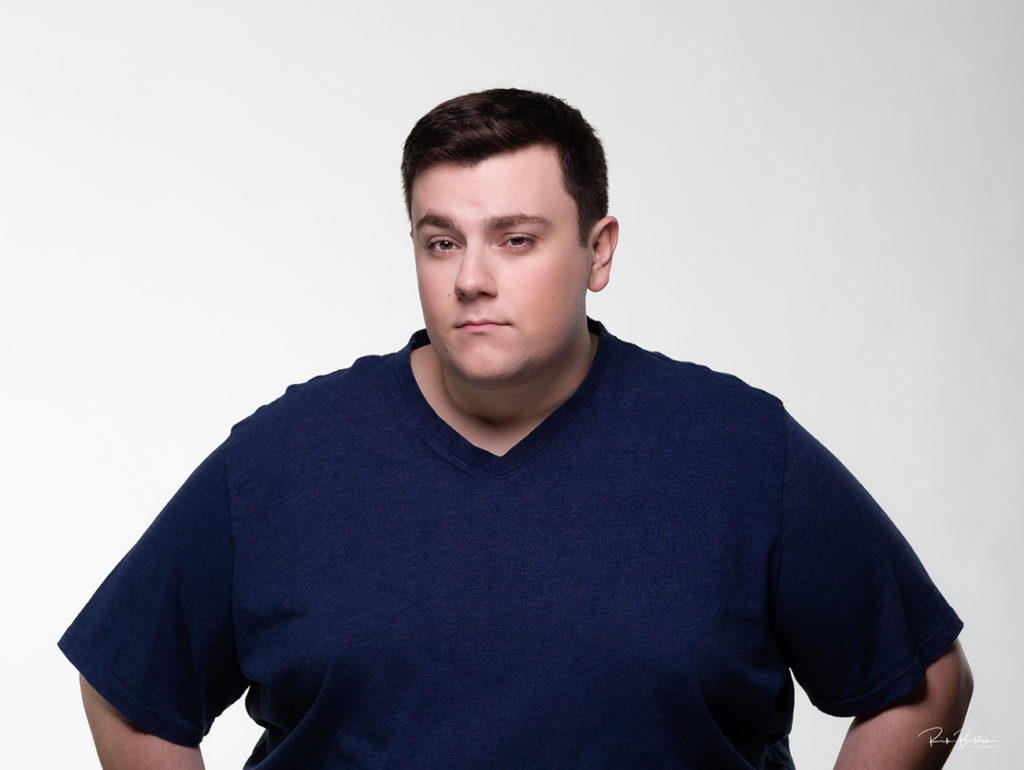