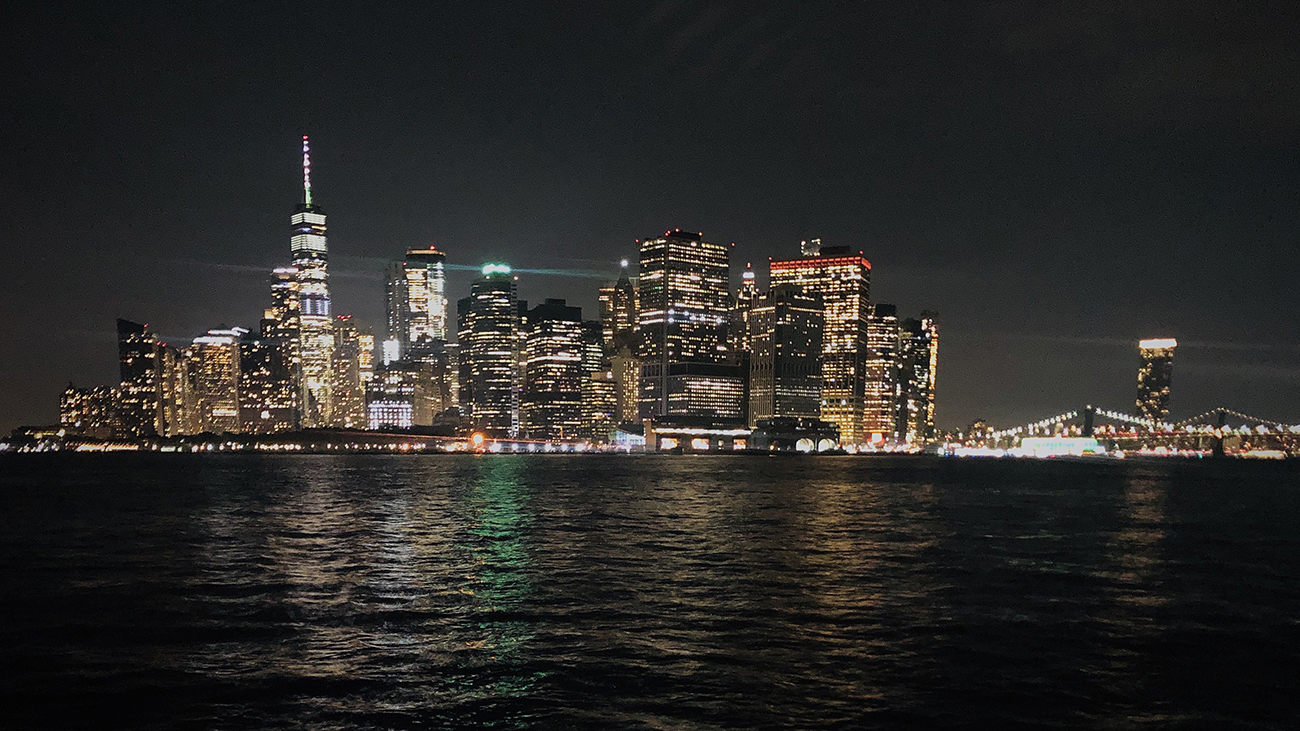 It’s easy to complain about rising rent prices in Charlotte, but if you’re eyeing a move to New York City, brace yourself (and your checking account).

Jennifer and her husband, Matt, who are both in their thirties, moved to New York City this year after living in Charlotte for a decade. They don’t plan to live there forever, but a job opportunity for Matt presented itself and they decided to make the jump.

Friends and family had prepared them for the sky-high prices that would await them, and Jennifer said the reality of New York pricing is about what she expected.

In Charlotte, Jennifer and Matt were making $184,000 combined, plus bonuses. She was working in the nonprofit event-planning world and he worked in banking.

They had bought a home in FreeMoreWest for $237,000, and their mortgage was $1,450 a month. They shared a car, which they sold upon moving to the city.

In New York, Jennifer took a pay cut, while Matt got a pay bump. Together, they’re now making $243,000 combined, plus bonuses.

They live in Columbus Circle, and spent $21,000 when all was said and done just to move into a co-op. This included a $4,000 pet fee, first and last month’s rent, an $8,000 broker fee (a common necessity for those apartment hunting in New York), and a $1,000 fee to have their application to live in the co-op reviewed by its board.

Now that they’ve been accepted into the co-op, their rent is $3,950 per month.

To be able to stomach these high prices, Jennifer estimated you need to bring in between $13,000 and $15,000 a month to live comfortably in the city. 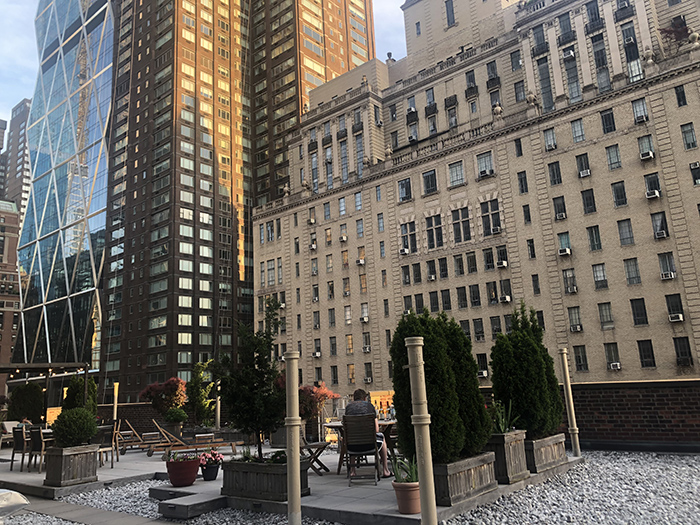 Besides the cost of housing, other major price differences between the two cities come in the form of basic living expenses.

The other day, Jennifer said she went to a grocery store equivalent to Dean & Deluca; four items cost her $60. She did note that while it’s both possible and easy to drop a lot of money on food, you can also find ways to eat cheaply, like by making use of corner stores.

Personal care is also significantly more expensive in New York City. Jennifer said she was caught off guard when she went to the hair salon for a cut and color and ended up paying $450.

In Charlotte, it’s certainly possible to splurge on expensive meals and pricey cocktails enjoyed on rooftop bars. But the most expensive night out they’ve had as New Yorkers reached a different level when they splurged on fourth-row tickets to Wicked on Broadway. The total cost was $520.

Work-life balance and convenient in-home comforts aren’t a given in New York, causing them to spend more on going out to eat and laundry services, Jennifer said.

“Charlotte is very 5 p.m. and you’re done,” she explained, noting that New Yorkers tend to work longer and more unpredictable hours. Because of their more strenuous schedules, Jennifer said she and her husband eat out more. The size of their kitchen, which she said is barely big enough to fit one person, makes cooking at home difficult.

Additionally, basic home amenities that many Charlotteans take for granted aren’t a given in New York. For example, Jennifer and Matt’s new home doesn’t have an in-unit washer and dryer, so it ends up costing about $20 to use laundry services in the basement of their building.

Instead, they opt to pay between $5 and $10 for a laundry service to wash and fold their clothing, which she said is a common practice for many New Yorkers. 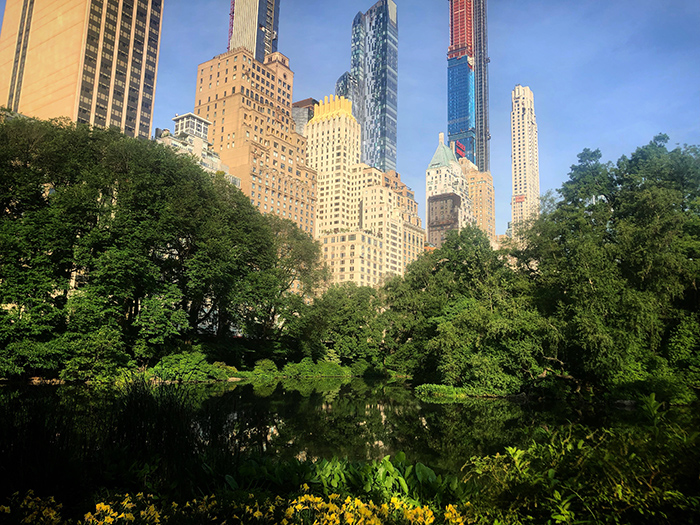 There is one area where Jennifer and Matt have actually noticed savings, however.

“I feel like Charlotte is incredibly expensive for airline tickets,” Jennifer says. “Plane tickets to Europe are incredibly cheap out here, and it’s just cheaper to get around the country in general. Last year, a flight to London from Charlotte would have cost us $1,300. A flight from Newark to London was $485 round-trip.”

And the one thing she says the two cities have in common? The tendency to overspend on alcohol.

“I feel like Charlotte is a bar city,” she explained, noting that New Yorkers also tend to put too much of their budgets toward alcohol simply due to the cost of drinks, with a single beer often costing $10 or more.

The next time you’re stuck in traffic on South Boulevard or find yourself grumbling about yet another apartment complex sprouting up you can confidently tell yourself, yes, New York City is as expensive as everyone says it is … and maybe the grass isn’t greener in the Big Apple. 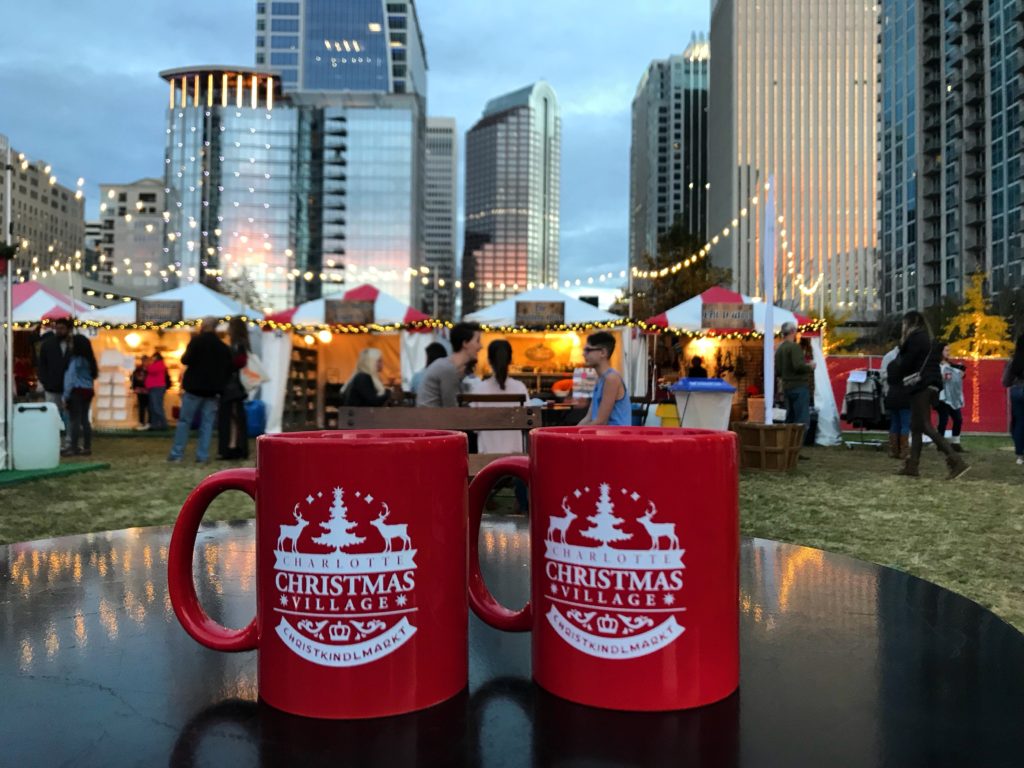 Weekday Planner: 20 cool things to do in Charlotte this week including the Charlotte Christmas Village