Ode to Tremont Music Hall: A place that made high school kids feel like giants

For the last 20 years, Tremont Music Hall has opened its doors to bands from all genres and people of all ages from all walks of life. Artists that graced the stage at the South End staple include Green Day, Social Distortion and Weezer, among hundreds of other local, regional and national acts. Unfortunately, Tremont Music Hall will close its doors December 19.

Tremont was a lot of things for a lot of people, but for me, it will always remind me of my high school days. Tremont was the first place any of us went that made us feel different. Everyone went to the movie theater or the pool, or the Arboretum or Park Road Shopping Center parking lots. But not everyone got dropped off by their parents in a gravel lot so they could smoke a few cigarettes, wander into a dark, smelly room and spend a few hours getting their ears destroyed and sometimes engaging in a sort of controlled violence we liked to call moshing.

Not everyone looked forward to getting home from school and changing into something darker, or putting on a shirt with the name of a band your parents listened to when they were your age, or a band that would make your parents uncomfortable if they knew you listened to them.

Tremont gave everyone a shot. The lowest of the low played on the same stages as some of the biggest names in music. For a stretch, I attended what seemed like a battle of the bands every month.

People packed the Casbah to see their friends’ bands and their friends’ friends’ bands. We’d make posters on Microsoft Paint or Word and stick them all over the lockers at school. They looked bad, but they had three important words on them that meant a lot to us: Tremont Music Hall.

Parents would show up and say hi to kids they recognized from an old carpool or an elementary school field trip, only these kids now had a bizarre haircut or a guitar around their neck. They’d awkwardly sit in the back and take pictures that would never turn out because the air was so thick with smoke and haze and lights and stringy hair and sweat. The place was so cool that one year, my friends and I threw something together a few months ahead of our high school battle of the bands because, simply, performing at Tremont was a big deal. My friend James had never played piano, but he bought a keyboard and fooled around with it for a few months and we made something work. Tremont held the battle of the bands that year on the main stage. I’m sure we sounded terrible. We felt like giants.

Things have changed in Charlotte since those days. We’ve grown up. Some of us have gone back for the occasional show. As we’ve grown up, Charlotte has grown, and it’s grown and grown and grown. South End has exploded, and unfortunately, Tremont is one of the casualties.

Tremont was a place that made my ears ring into the night and my head pound into the morning. It sometimes made me scared. It always made me smell. When I think back on some of the best times I had growing up, and the place I first discovered that a band on a stage and a crowd of sweaty strangers can make me feel invincible, I’ll think of Tremont Music Hall. 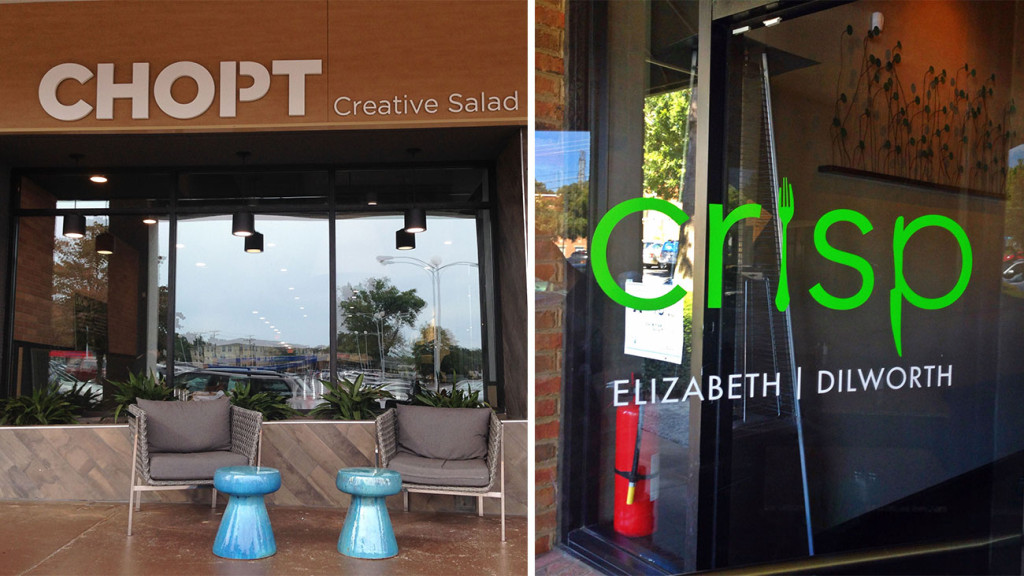 Crisp who? Six reasons why Chopt is now the best salad place in town