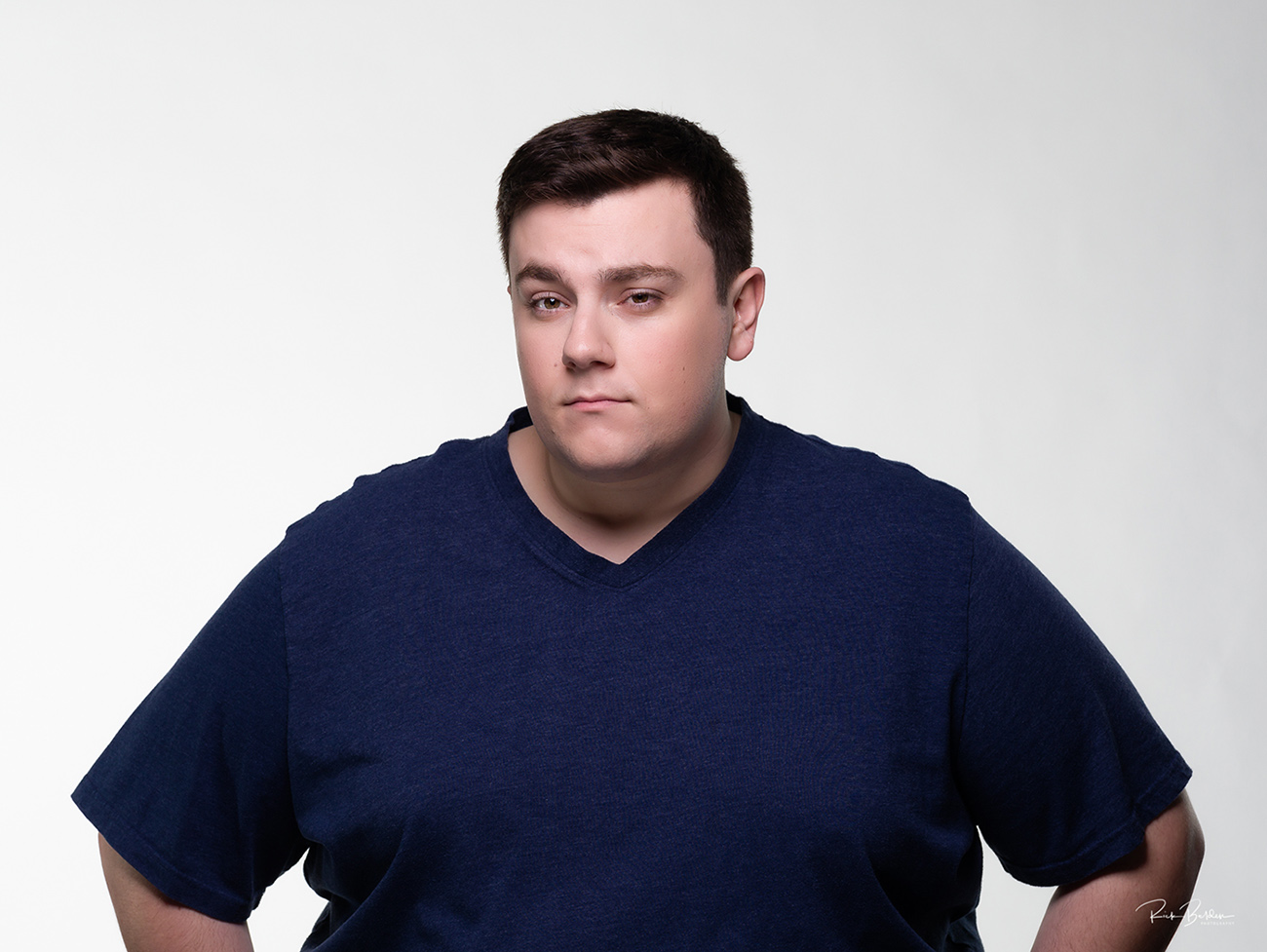 Roy Brown is a morning show personality on Beasley Media Group’s Kiss 95.1. You can hear him weekdays from 6-10 a.m. as part of the Maney, Roy and LauRen Morning Show.

He was also on 19 episodes of the TLC show My Big Fat Fabulous Life.

I swung by Beasley’s South End studios after a recent show to chat with the 27-year-old radio personality (he had already been up for about 10 hours at that point) and find out how he works.

Fun fact: this is the only interview in my “How I Work” series to date where I passed Common in the hallway on the way to do an interview of his own.

(1) What time does your alarm go off during the week?

(2) Does your body ever feel like this is normal?

No! We do a bunch of events that go late at night and so our bodies are never really able to adjust.

Well, you should have asked me yesterday when I had three hours of sleep. Today I feel pretty good!

Last night I got about five hours. Yeah, we don’t sleep that well.

(4) What’s a song that you hope you never have to hear on the radio again?

“Despacito.” We played that so much. Well, everyone did. It was the song.

(5) How often do listeners come up to you when you’re out and about?

A lot. When we first started it was hit or miss, but now it’s a couple of times a day.

We were on TV, we were on a TLC show and we’ve been off that for two years. You’d be surprised. We still run into the TV fans. 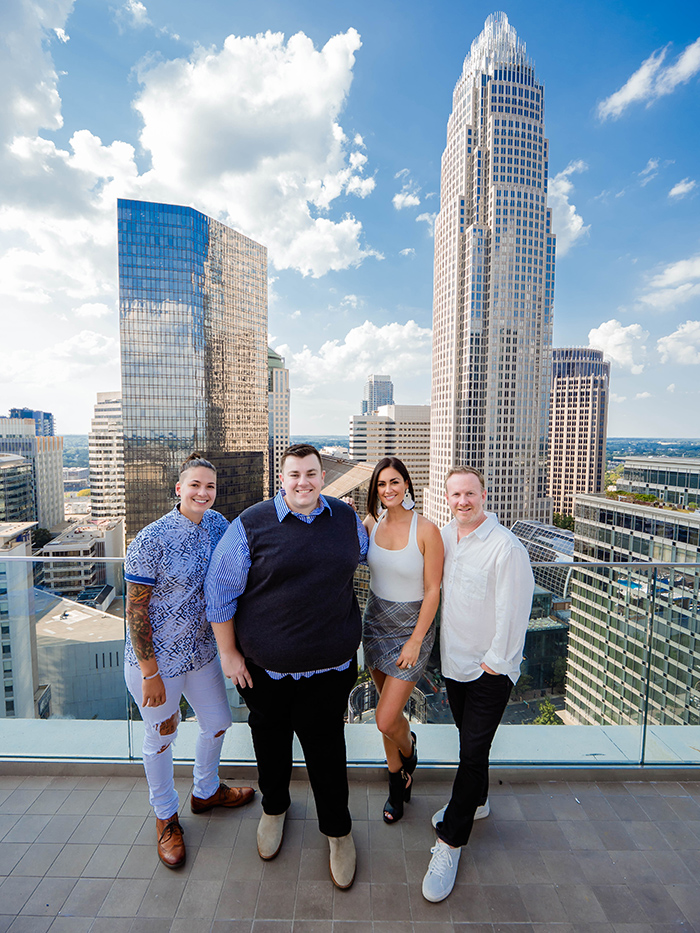 (6) Which celebrity would you love to have on the show?

Definitely no one sports-related because I know nothing about sports.

I really liked Alessia Cara. We were the first radio station to play Alessia Cara, and that was a big deal. She’s very young, so it was her and her parents who came to the station and we played her record.

We wanted to debut her and talk to her and let the audience in on her because no one knew who she was. That was a conversation where we were able to really talk about her and introduce her, and that was a really cool interview.

Plus, now she’s forever friends with with our show.

(8) Has anyone disappointed you when they came in for an interview?

There’s one celebrity that I’ll never invite back for an interview.

I don’t remember exactly what was said because it’s now been like two or three years since he came on, but when he was here he was just very….rude.

He was fat-shaming, he was talking down to me because of my weight, and he kept hammering me about my weight. I don’t remember exactly what he said, I just remember that Maney defended me.

After the on-air interview, he came up to me and was trying to give me health tips about what I should eat or drink, and it’s like, “I don’t need tips from you. I didn’t ask.”

I don’t know if we just caught him on a bad day or what, but…

(9) What’s your favorite on-air moment you’ve had to date?

Coming out on the air was pretty big for me.

That was a very scary moment in my personal life that affected my career.

Everyone who was close to me knew. Maney knew. LauRen knew. The producer knew.

But they knew I was keeping it from public life.

And so there’s a clip of when it happened, and I didn’t plan for it to happen. It happened organically.

The only reason why I was keeping it a secret for so long was because I needed to tell my parents. I didn’t want them to find out through the radio, because my parents are big fans of the show.

Then once I told my parents and they knew and my family knew and everyone knew, then it was like, “Why am I keeping it from anyone else?”

(10) Have you ever accidentally cursed on the radio before?

We’re on a big delay. We have a delay button, so if that does happen, we hit it. If you’re listening, it kind of sounds like a CD skipping. You all of a sudden hear something jump and you’re like, “What was that?”

(11) What are some apps you can’t live without?

We use the app Teams. It’s by Microsoft. It’s kind of like Slack. We use Teams to communicate business. But the most important part would be all social media. I’m in the business of connecting with my audience, and they’re on social media.

I’ve got to know what’s going on in my city. I’ve got to read Axios Charlotte and see what everyone’s talking about, and I’ve got to go to social media and connect with everyone.

(12) What percentage of your communication with your co-hosts is professional versus personal?

Oh, boy. Ten percent is professional and the majority is personal. We were all cast together, but we just had this chemistry when we met, and I think being best friends has helped us professionally.

If we have a problem with each other or with the show or if there’s anything negative, we know it’s because we truly love each other. 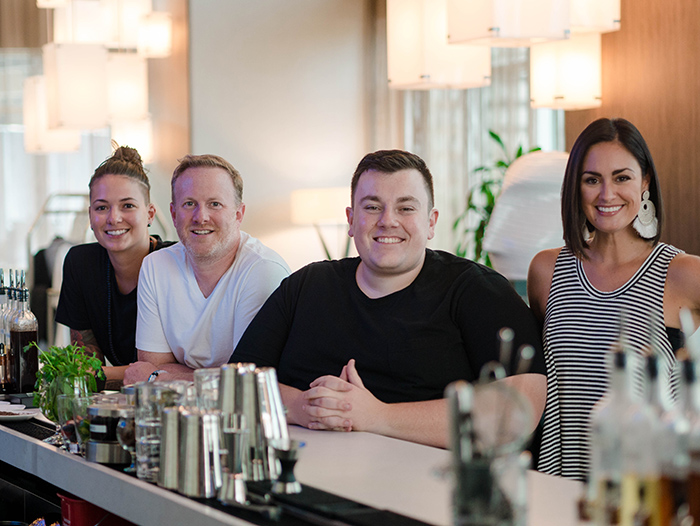 (13) You’re human, and inevitably you’re going to have a bad day. How does that impact the show? Can you turn it off for a few hours or do you clue the audience in?

I told my boyfriend when we first started dating, “The tough things that happen to us, I’m going to talk about. And you’re not going to know in advance either.”

That’s because we don’t script out every word of the show. A lot of it happens organically. We have a show plan, but what we say isn’t planned.

Like, when LauRen’s dog passed away, she couldn’t talk about it. She just couldn’t do it. And so she chose to write a blog about it, but we never really tackled it on the air. The majority of our content comes from our lives.

(14) What’s one skill they don’t teach you in high school that they really should?

They don’t hit on finances enough. I wasn’t well prepared for finances at all. I just kind of had to navigate that on my own.

(15) If we’re meeting for lunch in Charlotte, where are we going?

I love RuRu’s Tacos & Tequila. I love the patio. Get a margarita and some tacos and just sit out there. I’ve been digging The Manchester.

(16) What’s an underrated part of Charlotte?

(17) What’s an unusual hobby you have and why do you have it?

(Editor’s note: Roy used a phone-a-friend for this and called his boyfriend, Sterling, for help. He seemed slightly embarrassed about the answer, but did deliver it truthfully.)

Okay, so I love flight simulators.

It’s a little over $100, but the slim-fit battery case for my phone. I never, ever have to worry about a dead battery as I’m working. 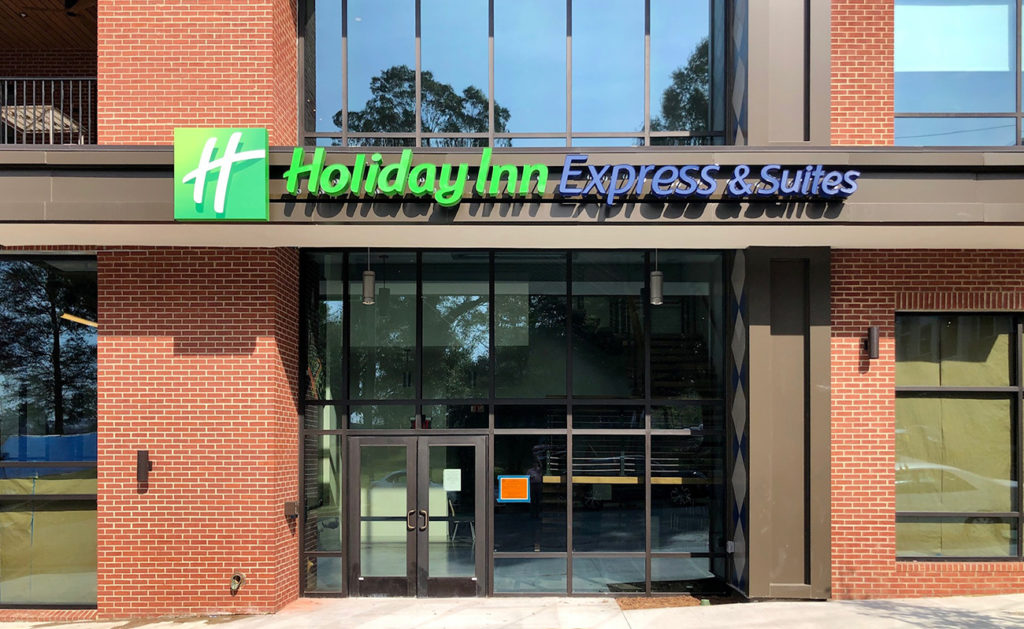