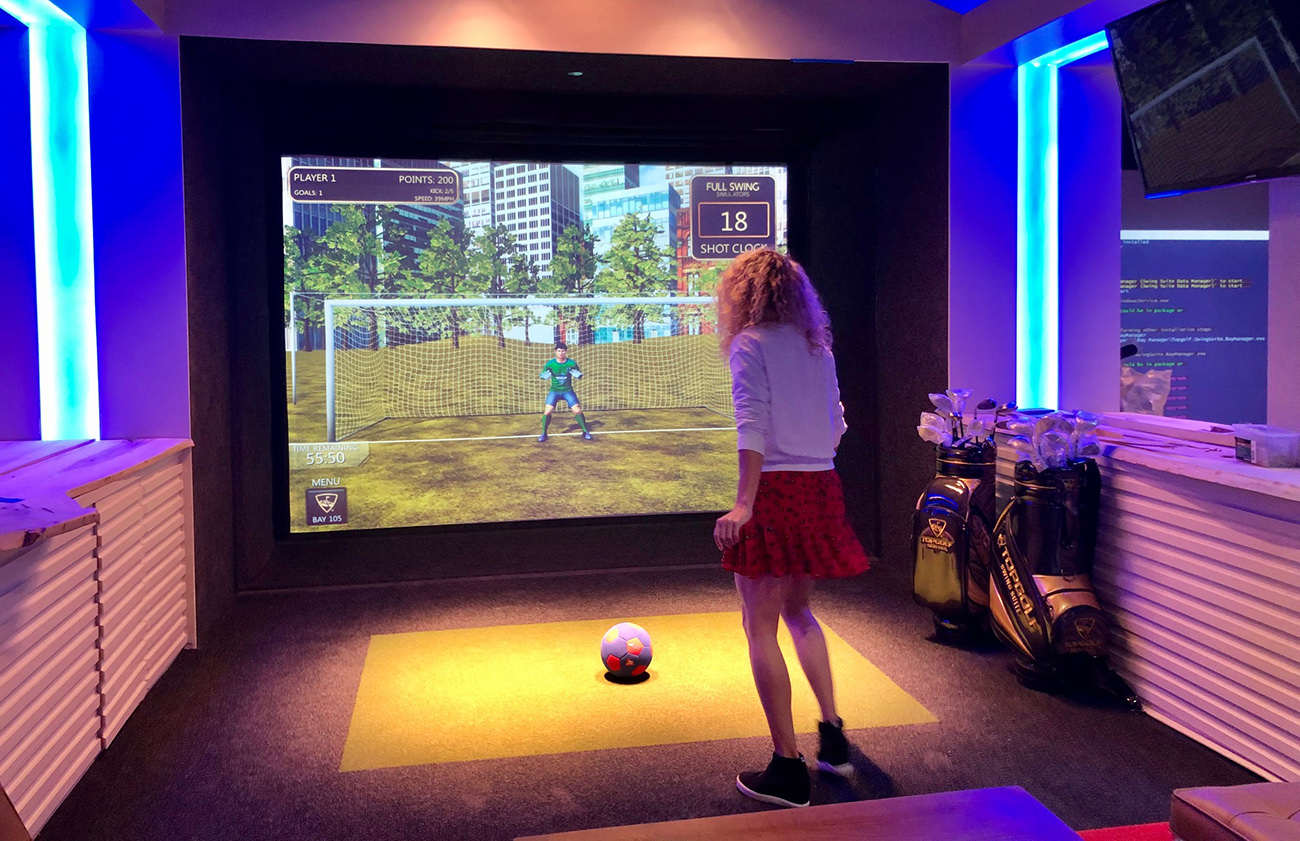 It’s another big month for restaurant and bar openings. Here’s a quick overview of 13 most anticipated restaurants and bars opening in November.

The list below is ordered by projected November opening date (earliest to latest).

Topgolf describes its swing suite as “everything you love about Topgolf, in a luxury suite.” Instead of a driving range, expect luxury suites with state-of-the-art simulators, comfy lounge seating and big screen HDTVs. It’ll have food and beverage as well (just like a regular Topgolf).

Layout: Uptown’s 10,000-square-foot Topgolf Swing Suite will have eight bays — two private bays in the back left, five elevated bays in the main area and one bay on the enclosed porch. It’s cool inside, and we’re digging the open floor plan. It’ll take the space previously occupied by Flight, a beer hall at Northside Station in Uptown. 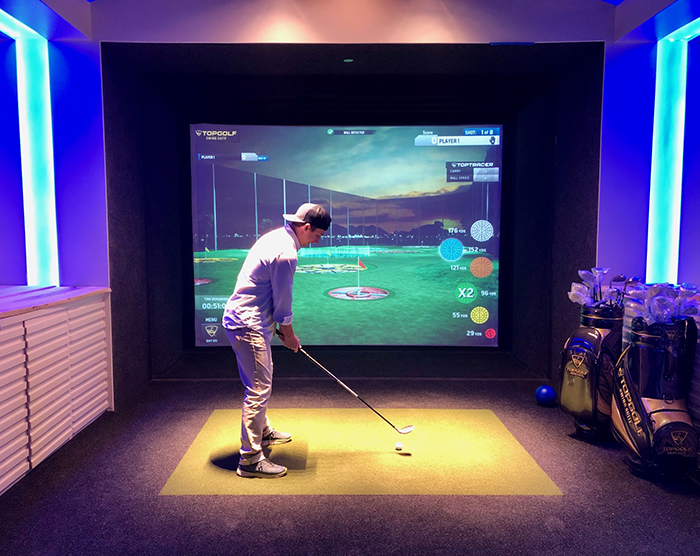 The 4,000-square-foot space is located on the ground floor adjacent to Public House, a new restaurant and bar from the team behind Gin Mill and the old Davidson Street Public House. Although operating separately, Public House will manage Middle C’s food program, including table service and a menu of small plates.

Shows: Tickets are on sale now for Middle C shows beginning Nov. 2 with the calendar booked out as far as March 2020. The 200-seat venue will host local, regional, and international artists with performances Thursday through Sunday every week.

Restaurateurs Andrew Chapman and Paul Manley, the braintrust behind The Waterman and Sea Level, are opening this new burger concept. 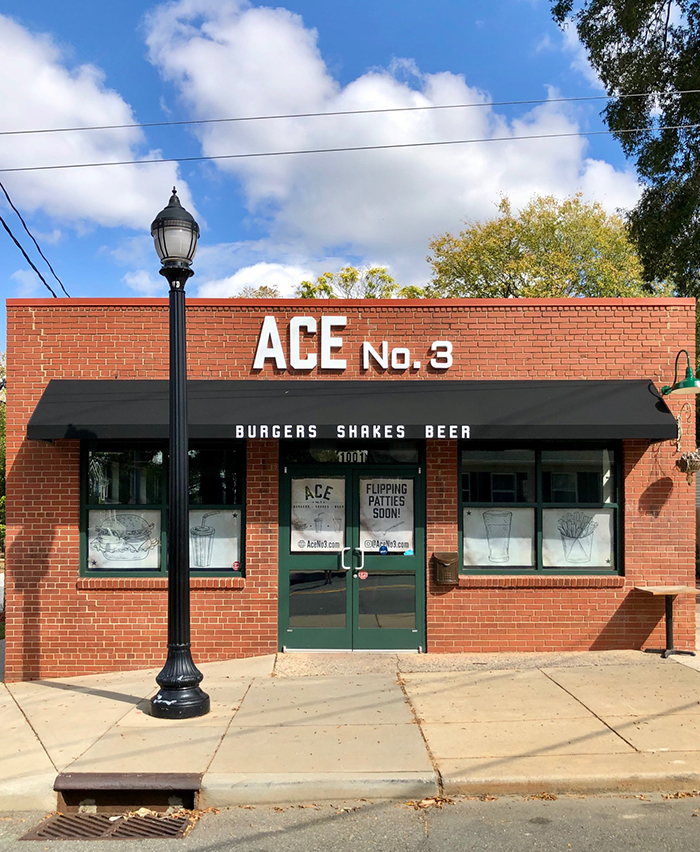 Why Waverly: “It’s a somewhat untapped market,” said owner Conrad Hunter. “There are a lot of Gen Xers out there (including Weddington and Waxhaw) that don’t normally come into town and would prefer something closer to where they live. Plus, I can be there in about 15 minutes from my home.”

New grill: Unlike other locations, Foxcroft Wine Co. Waverly will add a charcoal grill (similar to those used in Spain) and debut new dishes with a wood-grill flavor. “My goal is to continue to push the food envelope at all locations while keeping our greatest hits,” Conrad said. 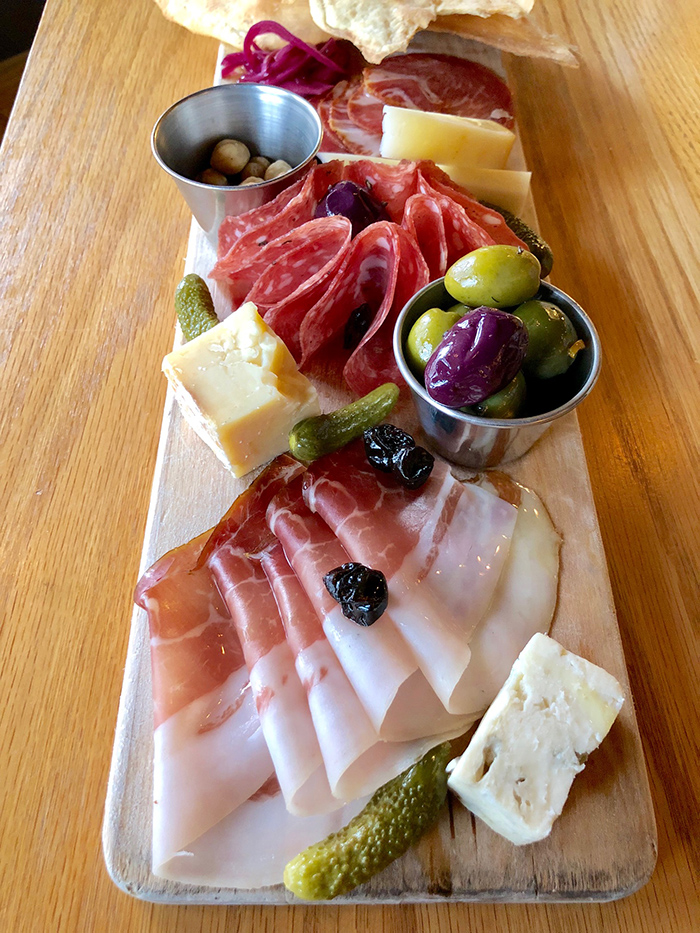 Confidence: In a bold marketing move, Bossy Beulah’s already claims that it’s “the best fried chicken sandwich in CLT” in their Instagram description.

The sandwich: The main attraction Bossy Beulah’s will be “The Beaut,” a sandwich ($7) with Joyce Farms chicken breast, pickles and Duke’s mayo on a Copain bun. The chicken is brined and then buttermilk-soaked before being seasoned with salt and pepper, floured and deep fried. 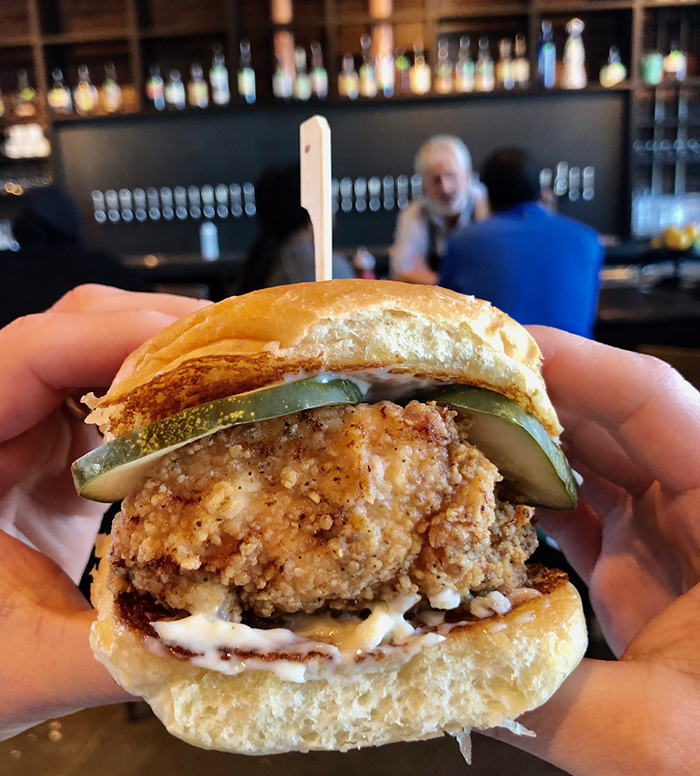 “I’d describe Link & Pin as restaurant first, but with a focus on craft cocktails and wine as well,” Rob Duckworth said, who also owns Duckworth’s and The Cellar. “We’ll have a craft cocktail cart where we’ll be making classic cocktails tableside in our lounge areas on certain nights too.” 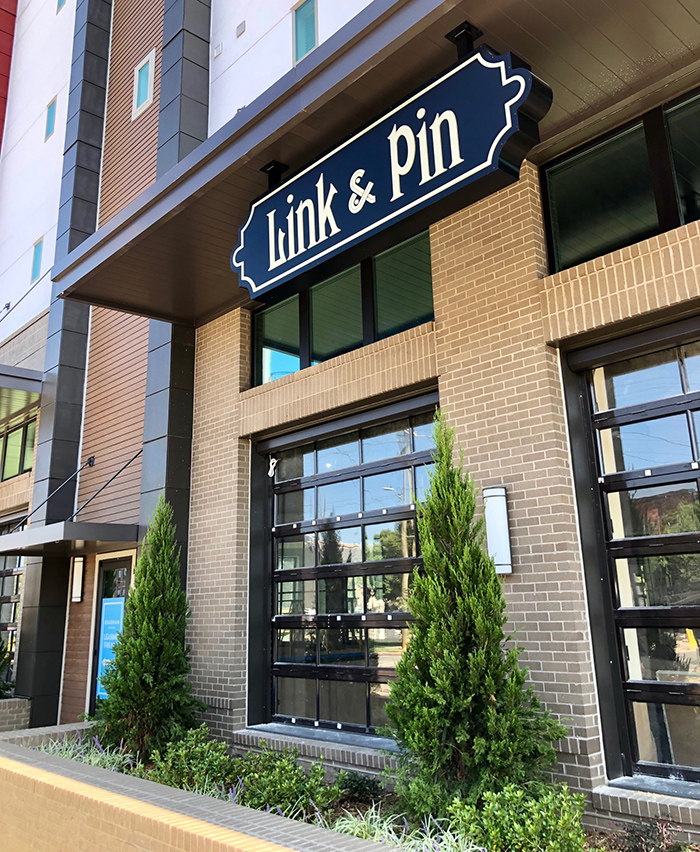 This new concept will offer small plate Italian dishes and you’ll be able to order “flights” of food paired with wine. It’ll be open for lunch and dinner.

KiKi will serve French and Greek small bites and sharable plates. “I’m excited to showcase the commonality between Greek and French cuisines as seen through the lens of the American experience,” said Chef Jason Pound of Soul Gastrolounge, who will also be running the KiKi kitchen.

Vibe: KiKi will feel more elegant than Soul, but not stuffy fine dining. It will have “art deco elements inspired by the 1930s but seen through the filter of the glam rock 70s,” the team says.

Layout: Located directly below and to the left of Soul Gastrolounge, KiKi will be divided into three distinct spaces — dining room with bar (seats 90), pocket rooftop terrace overlooking Central Avenue (seats 30) and an intimate liquor lounge (15-20 guests only) that’s getting its own name, Tattoo. 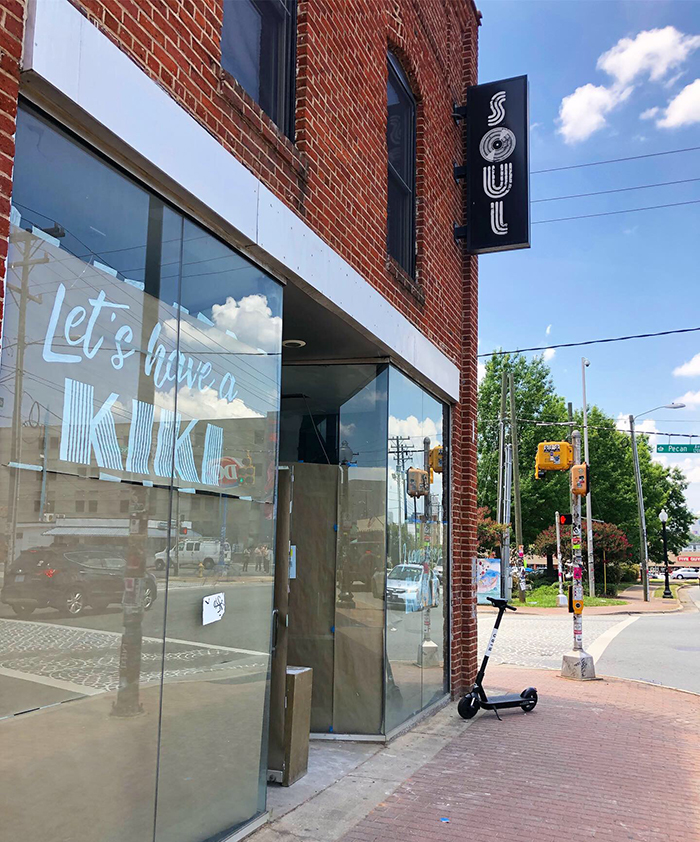 This will be Indaco’s second location; the original is in Charleston. Indigo Road, the restaurant group behind O-Ku Charlotte and Oak Steakhouse, is behind this concept. 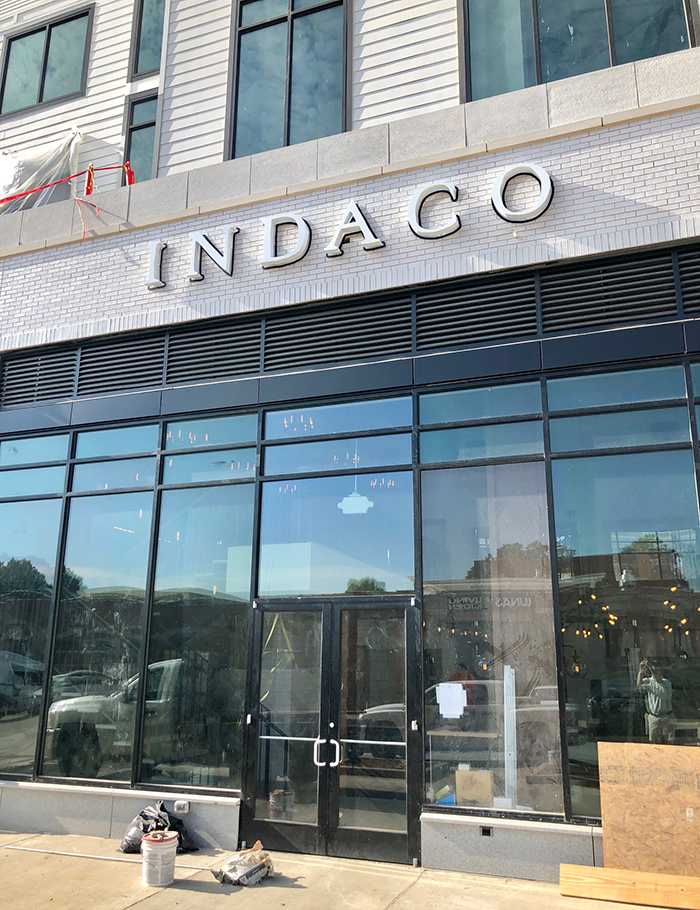 Casual restaurant and bar opening in the heart of NoDa

Charlotte restaurateurs Justin and Jamie Sprowles, and their dad “Spanky” (Bradshaw Social House, Caswell Station) ,will be opening this new restaurant in NoDa where the former Revolution Ale House was. “You have your vision, and it’s hard to see at first,” Justin Sprowles said. “But now it’s starting to look like something. We want to differentiate ourselves from what it has been — Revolution, Mellow Mushroom.” There will also be live “party” music, cool food and drink specials, trivia and other fun elements.

Menu: Expect something like Seoul Food where you pick from a list of meats and vegetables. There will be fried chicken, pulled pork, brisket and other meats. “We’re going to use what we have experience with,” Sprowles said, “instead of try to dip our toes in a new pond.” There will also be live “party” music, cool food and drink specials, trivia, and other fun elements. 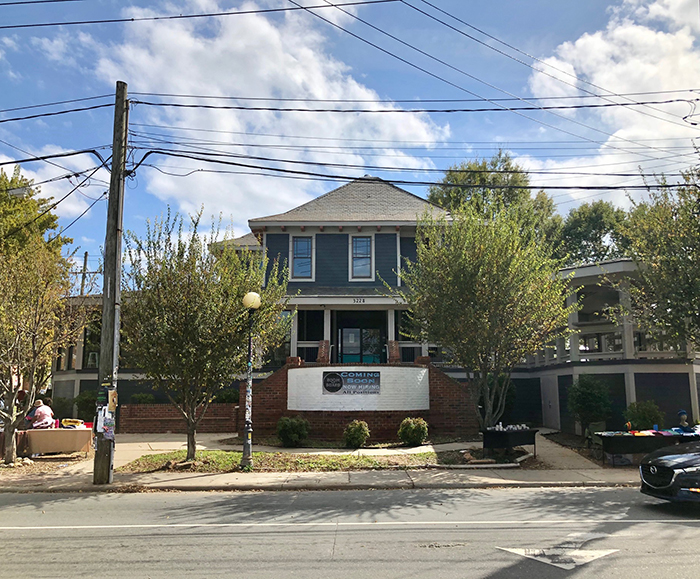 The 165-seat restaurant serving “elevated comfort food” will feature four distinct zones with different design themes. The owner’s goal is to create a casual neighborhood hangout where someone in sandals and a tank top is sitting alongside someone in a suit and everyone feels welcome.

Backyard courtyard: The prime gathering spot is a courtyard out back anchored by a towering American holly tree. This space will be home to the Drunken Handyman, an outdoor shed-style bar decorated with a hodgepodge of collectibles like rusted fishing poles and an old NASCAR sign. They’ve also planted bamboo around the perimeter of the property giving it an isolated vibe in the heart of NoDa.

Massive 22,000-square-foot facility will opening in South End near Common Market on Tremont.

Background: Pins Mechanical Company is a a popular social house and 16-Bit Bar+Arcade has pretty much every classic arcade game from the 80s & 90s. Both are micro-chains with locations in Columbus, Cleveland, Cincinnati, Dublin, Nashville, and Indianapolis. Rise Brands, the parent company, develops the concepts next to each other. 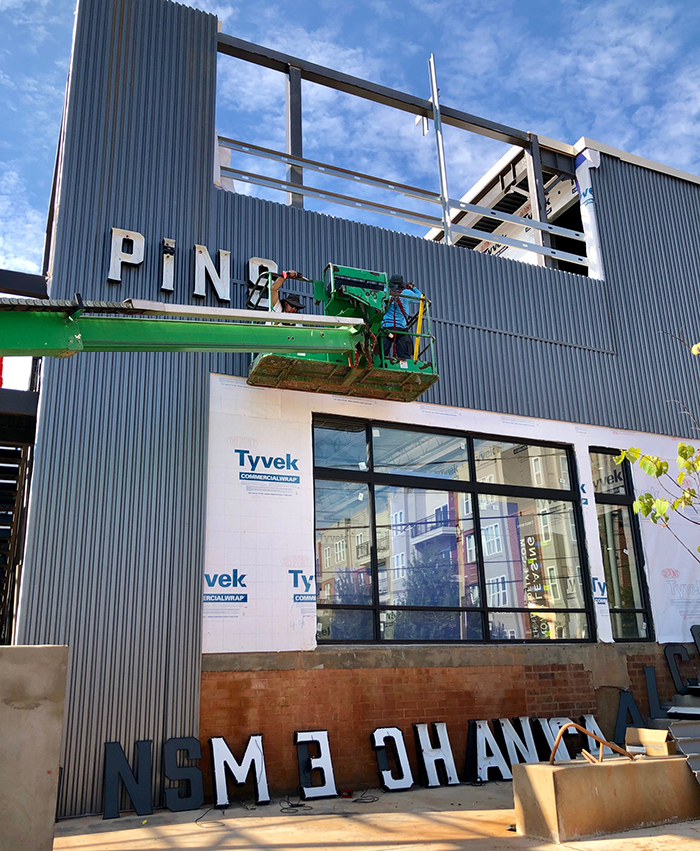 Cash Confessional: A week of spending on a 27-year-old financial advisor’s $120,000 salary