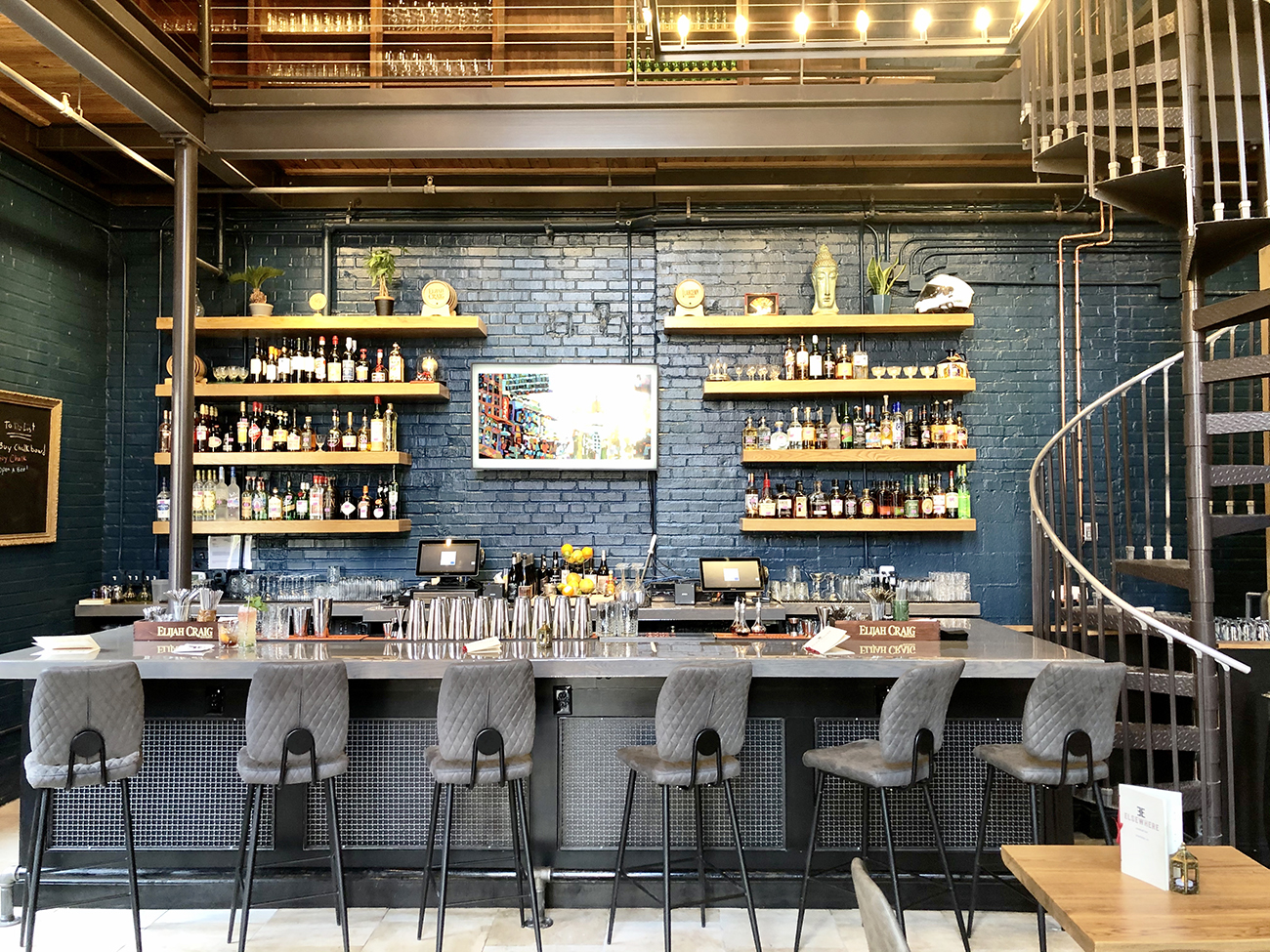 “Most people in Charlotte aren’t from here, and we love the idea that everyone brings something a little different and interesting to our city but still retains what makes them unique,” Patton says. “The idea is to borrow from the brewery model a bit and have a few core drinks on our menu but rotate through a wide variety of unique, interesting, innovative cocktails as well.”

The rotating drink menu will highlight a specific region or theme accompanied by drinks representative of that area. To kick off the rotating menu, Elsewhere is doing a tiki theme over the next few months, so expect fruity, rum-based libations.

“The idea is to keep it fresh and interesting and let the space reflect that by making mild alterations to fit in with the current drink theme,” Patton says. “We think it could be a lot of fun to essentially ‘pop-up’ a tiki bar in the space over the summer.”

Location: It’s in the Design Center Courtyard (accessed from the alley near Jeni’s) near Superica and Barcelona.

And that location is key, Patton says.

“I became personally interested in the craft cocktail scene right around the same time as I did craft beer. It’s always been something I wanted to pursue, but was really looking for the right location,” he says. “We love what what’s happening over at the Design Center (the courtyard space specifically) and think the old mill building with spiral staircase and mezzanine create a great backdrop and palate for what we are trying to do.”

Drink menu: Expect a handful of classic core cocktails with a selection of rotating libations based around Elsewhere’s travel-related theme. The rotating menu, and some of the bar’s decor, will change every few months. Right now the theme is tiki, and there are five featured cocktails:

Food: Patton is working with Pepperbox Doughnuts to offer creative snacks, including charcuterie, dips, and sweets like macarons.

Membership: Because revenue will primarily come from liquor sales, Elsewhere is required to enforce memberships. An annual membership costs $5 if you get one in February, after that they go up to $10. All members can bring a guest for free.

Layout: The interior of the space is 750 square feet with a 150-square-foot mezzanine and a 400-square-foot patio. The inside seats 45, and the patio seats 40. For now the mezzanine isn’t open for guests, but Patton says they’ll eventually open it up for reservations. 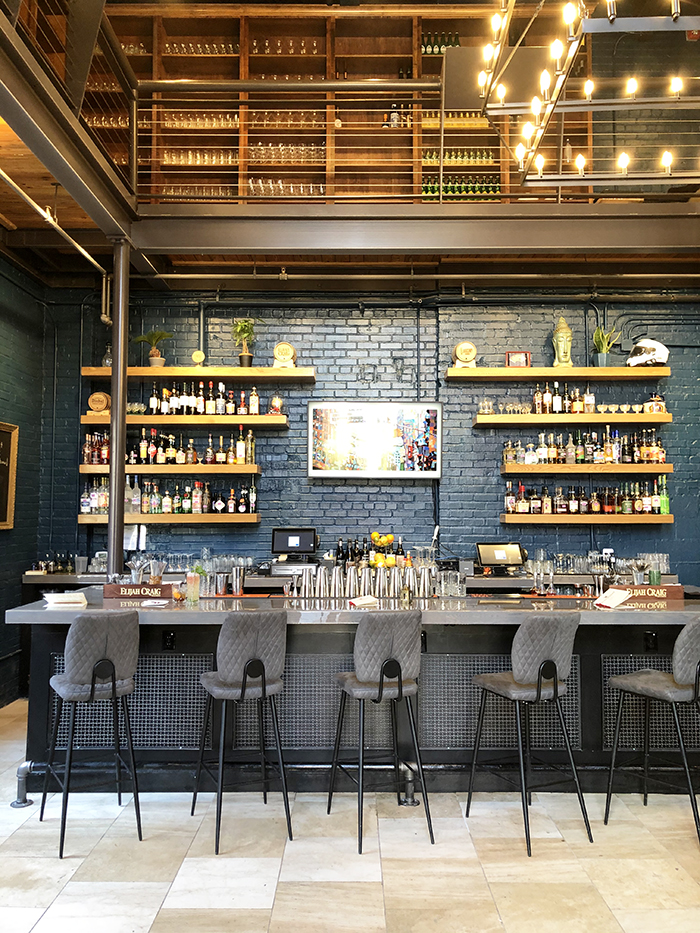 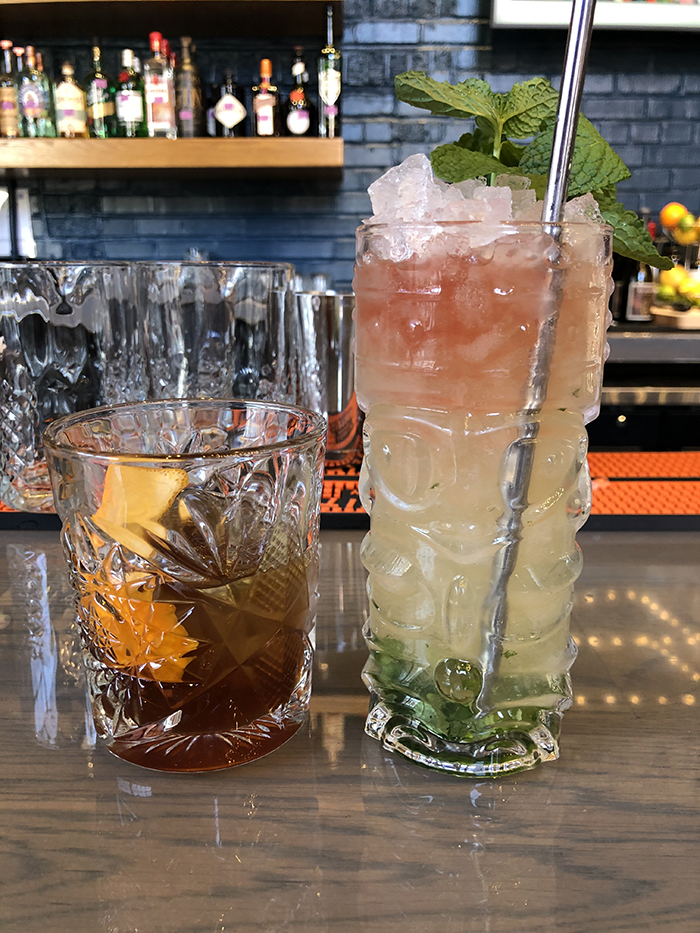 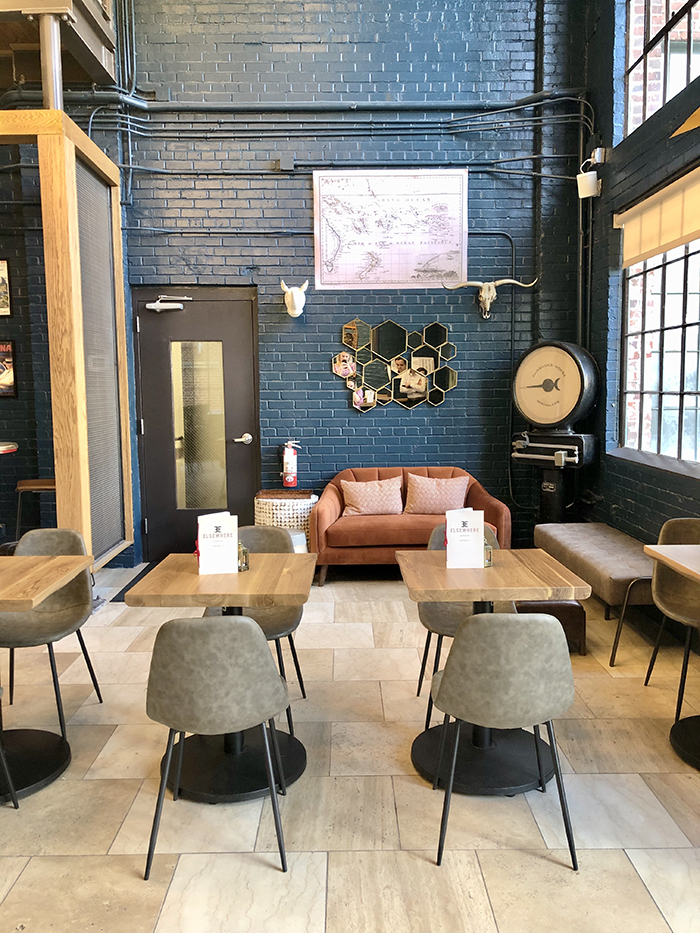 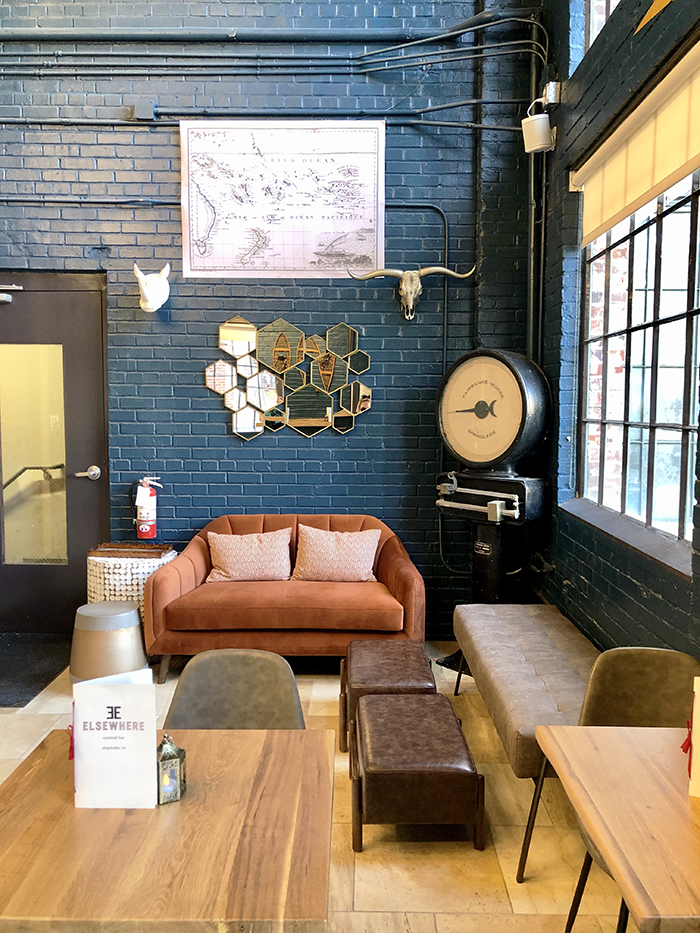 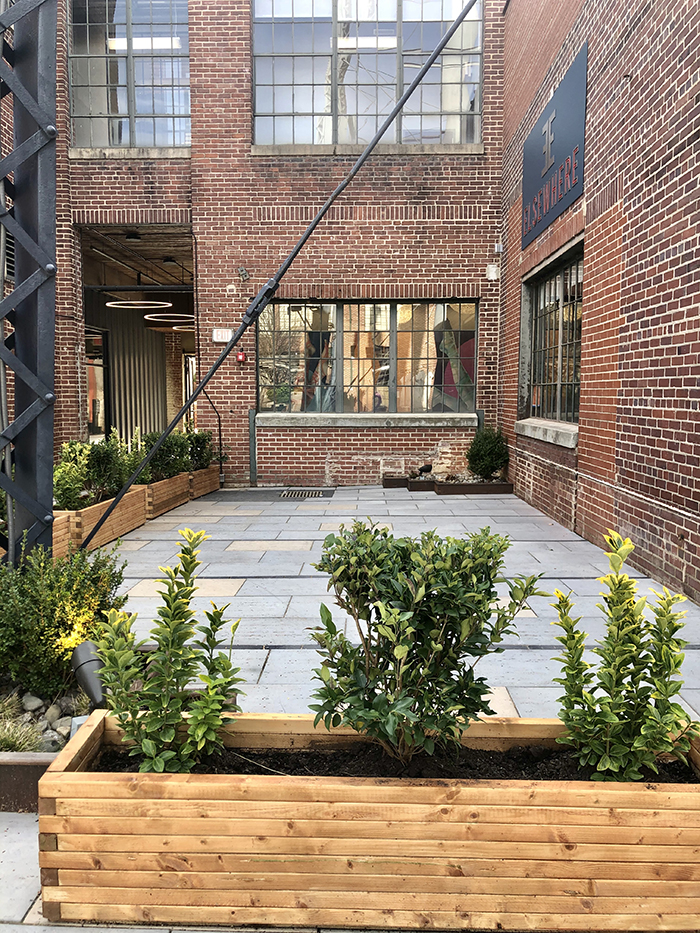 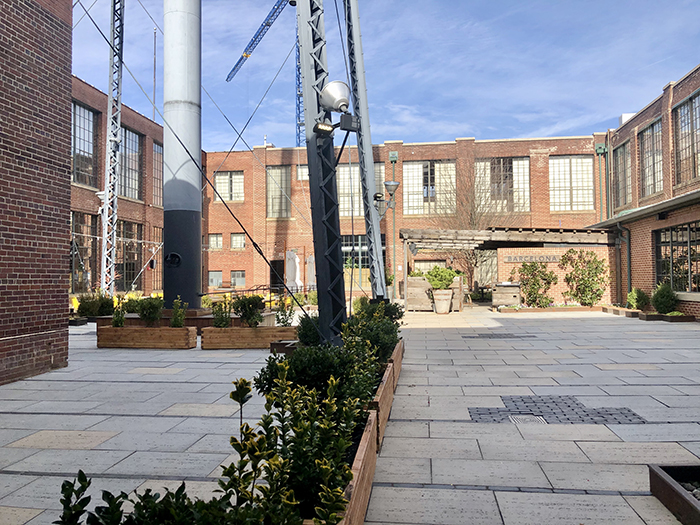 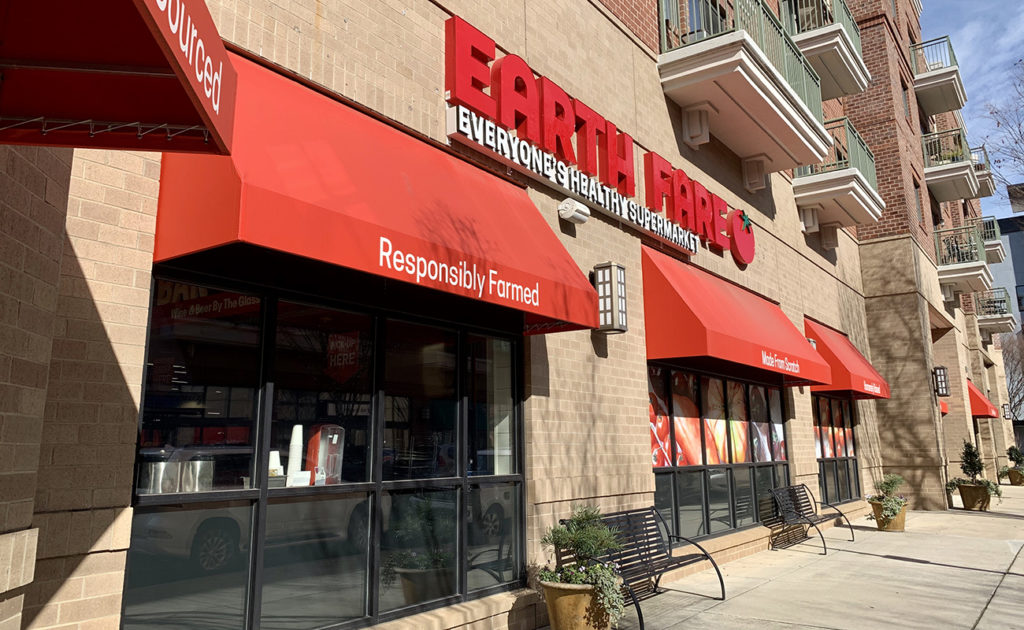