Not black and white, or Democrat vs. Republican: Why the tax hike Mecklenburg County voters are considering is so divisive 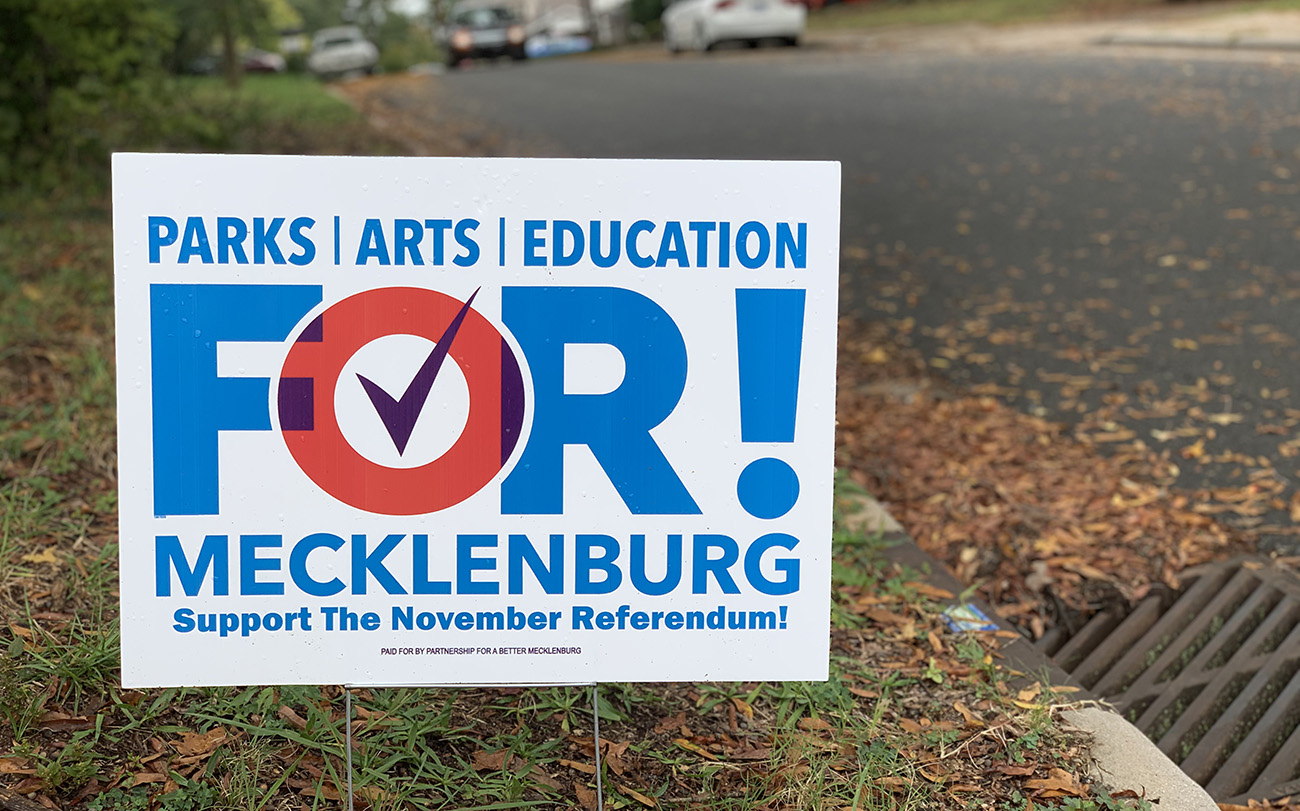 The quarter-cent sales tax hike is arguably the most divisive single issue on a local ballot in recent history. The measure splits up people who normally vote together on issues, and unites people who typically disagree.

It’s made for some strange bedfellows. Tax-averse Republicans find themselves on the opposition side with liberal community leaders. Corporations join Democratic city leaders in support of the tax, which would rake in an estimated $50 million per year to fund mostly arts, in addition to parks, education, and towns.

It isn’t a Democratic or Republican issue. It’s not one that divides people by race, either.

But opponents point out that it would max out the county’s sales tax rate, as currently allowed by the state, meaning it would be the county’s last funding source for other areas of urgent need, including housing and public transportation. During last week’s city council meeting, opponents like Republican Tariq Bokhari pointed out that a sales-tax increase to fund the Silver Line light-rail expansion would be off the table if the current proposal passes.

“We’ve got 4,500 kids that were homeless last year in CMS and now, what, they can go to a show? That’s supposed to help them? Really?” Democratic County Commissioner Pat Cotham asked rhetorically.

Activists on both sides have become vocal in recent weeks to educate voters on the sales-tax hike. After all, its description on the ballot is comically vague: Local sales and use tax at the rate of one-quarter percent (0.25%) in addition to all other State and local sales and use taxes. You can select “For” or “Against.”

You’ve probably seen all of the yard signs popping up. The “For! Mecklenburg” signs are the work of a campaign, Better Mecklenburg, that’s raised over $1 million so far. On the other side, Mecklenburg Tax Alliance, a group headed by former Republican County Commissioner Matthew Ridenhour, has a fundraising goal of about $25,000.

Certain items — groceries, gas and prescription medication — would be excluded from the tax.

In a recent letter, Charlotte Regional Business Alliance CEO Janet LaBar asked investors to vote in favor of the sales-tax hike. “We believe this referendum will add to the regional vision of a vibrant, healthy and innovative economy,” LaBar wrote.

The list of others in support of the tax is huge and includes several influential names: Mayor Vi Lyles, City Councilman Braxton Winston, County Commissioners Susan Harden and Susan Rodriguez McDowell, and climate groups such as the Sierra Club.

A number of large businesses have donated to the Better Mecklenburg campaign, including the Charlotte Hornets, Carolina Panthers, Allen Tate Realtors and Wells Fargo. Well-known businessmen sit on its board, too, including Hugh McColl and Charles Bowman.

“We’ve got to do more than just say, Because these leaders are supporting it, you must,” says McKinnon.

“We have to help people understand why we’re supporting it, why we’re not supporting, and allow (voters) this crazy thing called making a decision for themselves.”

Taking a side publicly on the issue seemed like a bad idea politically for McKinnon, a Democrat who is running for an at-large county commission seat next year. McKinnon has recently come out strongly in his opposition to the sales-tax hike.

He was on the fence about whether to say anything. On one hand, the local activist isn’t one to keep quiet about something he feels strongly about. On the other, voicing his opposition to the measure meant risking alienating potential Democratic voters next year.

McKinnon, who is African-American, is a member of the Black Political Caucus of Charlotte-Mecklenburg, which recently voted narrowly to support the tax. He also was an early opponent of bringing the Republican National Convention to Charlotte.

On the sales-tax hike issue, however, McKinnon finds himself standing on the side of Ridenhour and other Republicans including Charlotte City Council members Bokhari and Ed Driggs. That’s unusual — McKinnon normally agrees with Democrats like Winston, whom he considers a close friend.

This potential tax hike, McKinnon notes, comes on the heels of a property revaluation that resulted in higher taxes for most homeowners. McKinnon says the sales-tax hike is regressive, one that will sting the most for low-income residents.

“What are we saying to the most vulnerable among us that we’re piling on these things on top of them?” McKinnon said. “We can’t talk about this tax increase with an equity lens and forget about the people who will be impacted by this.”

It’s possible to both support the arts and acknowledge that Mecklenburg County has bigger needs than arts funding, McKinnon says.

He cites Maslow’s hierarchy of needs, a theory in psychology. If you think about the theory as a pyramid, the most basic needs like food and shelter are at the bottom.

“When we have limited tools. Are there other places where we should utilize those tools?” McKinnon said.

Former State Sen. Joel Ford, a Democrat, has called fellow Democrats hypocrites for supporting the measure given the city’s other priorities.

For Valecia McDowell, supporting the sales-tax hike is a way to address economic mobility in Charlotte.

McDowell is board chair of the Arts & Science Council, the nonprofit in charge of raising and distributing funds through grants to support the region’s arts and cultural organizations. Major recipients of ASC funding include the Charlotte Ballet, Opera Carolina and the Mint Museum. 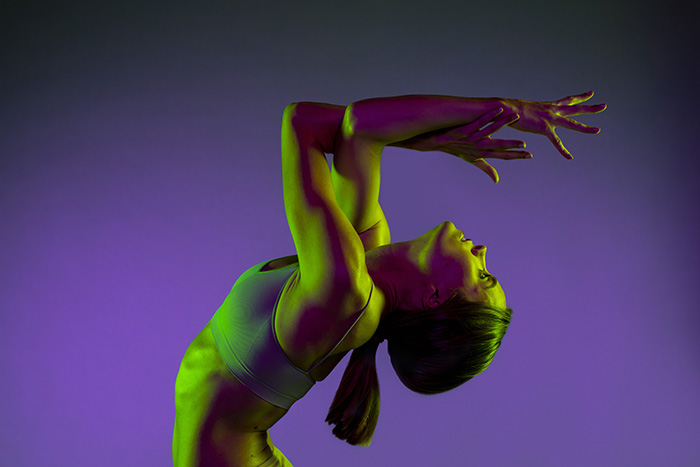 The ASC, McDowell and others have said, is underfunded and can’t adequately support individual artists.

It’s especially true of creatives of color, says McDowell, who is also African-American.

“We don’t have the money to fund them, so they leave. They can’t make a living here, so they leave,” McDowell said. “We’re losing an entire class of creative people in this city.”

McDowell is also a Charlotte native who went through the CMS system. She says she wouldn’t have been exposed to and cultural experiences had they not been offered in school.

“Parents with means, they all expose their kids to arts and culture. Why should that just be limited to kids with the funds to do it?” McDowell said.

But he wants local creatives of color to have a say in how funds are used. The money shouldn’t just be for big-name arts organizations, he says.

“We want to see more funding in the arts, but at the same time, we want to be part of the solution when it comes to it being equitably distributed in supporting creatives of color that have been missed in the past,” Arrington said.

It is still unclear, however, how decisions will be made in regards to which artists and arts groups receive funding, and how much each group gets. Currently, there’s no language spelling out how the funds must be spent. Future county commissioners can technically decide that the sales-tax revenue could be allocated to something other than parks, arts, education and towns.

That uncertainty doesn’t sit well with many, including the Charlotte Observer’s editorial board, which this weekend recommended voting against the sales-tax hike.

“We’ve got to wake up and understand … there is no guarantee that money is going to continue to go to education, parks and arts,” Ford, the former state senator, said in a recent podcast interview. “That money goes into the general fund and the county commission can spend it however they want to.” 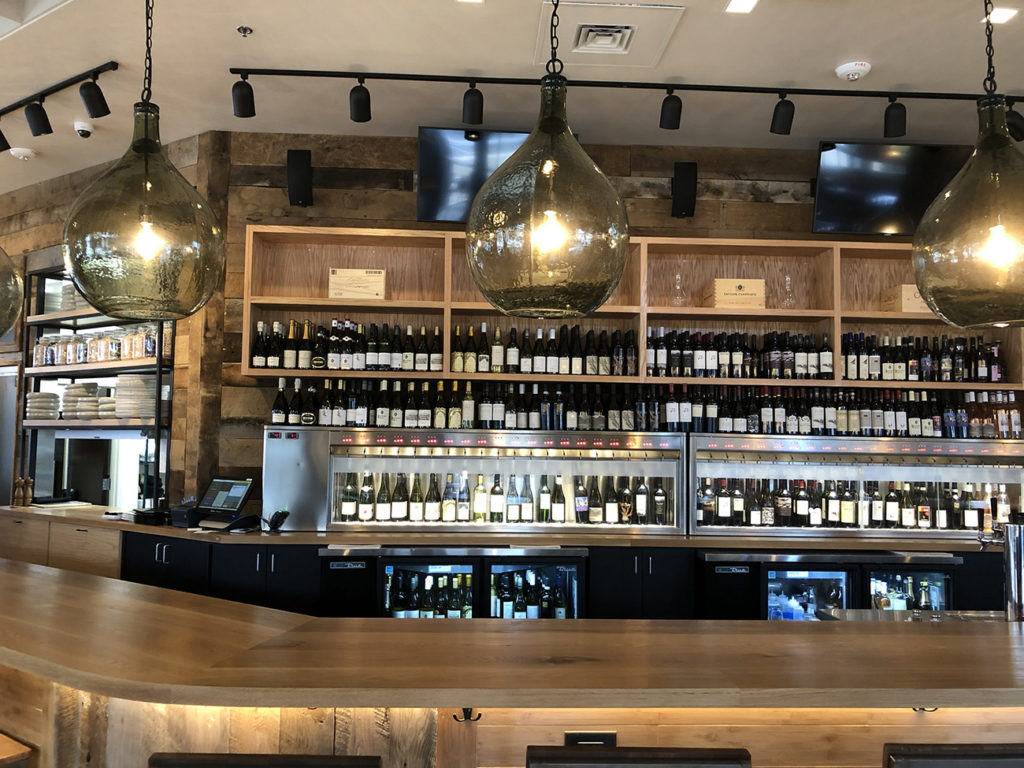