The 50 best (and worst) dates in Charlotte, according to the people going on them 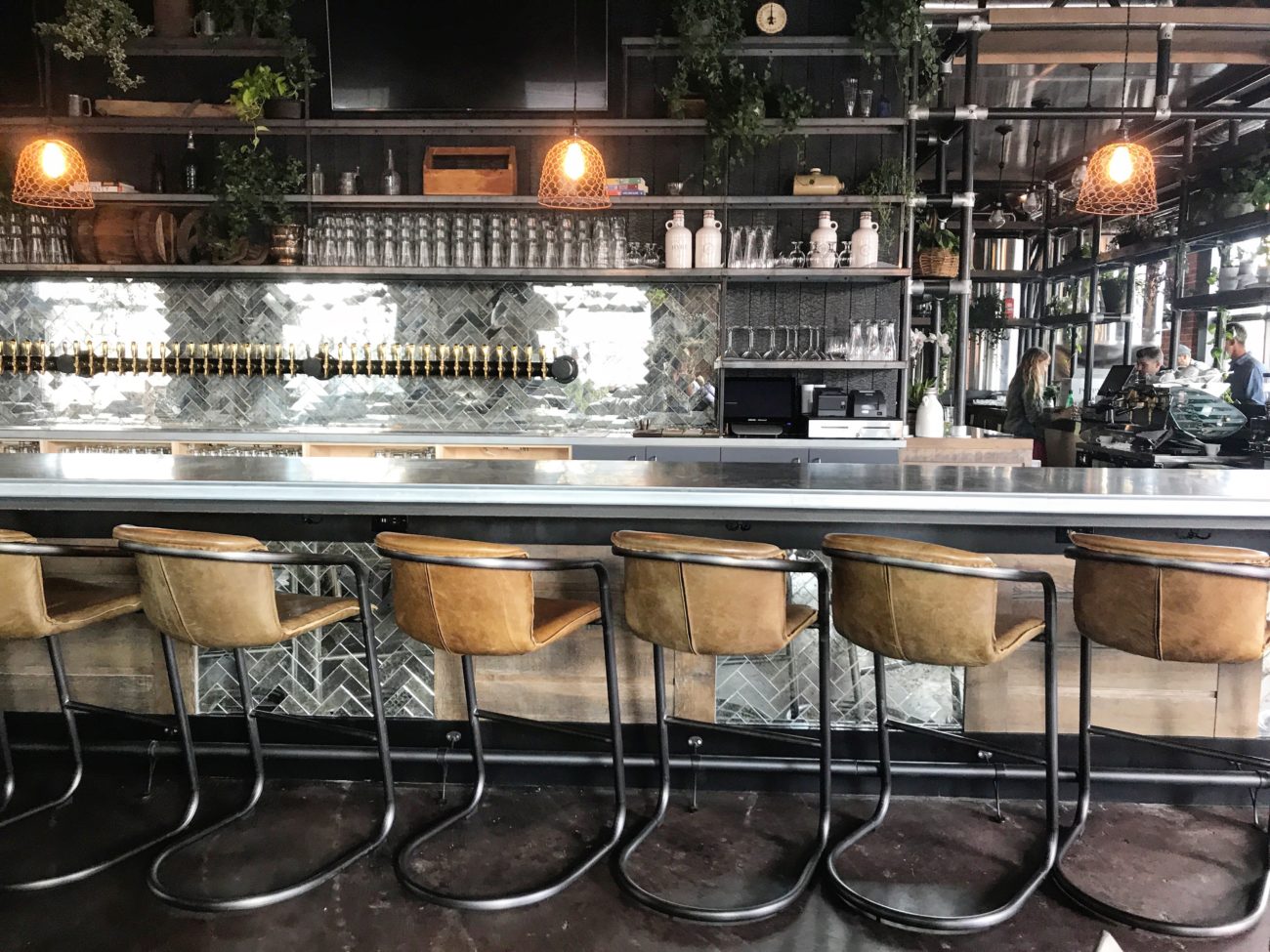 Charlotteans exploring the local dating scene love trendy restaurants, laidback activities, and getting outside, but overly expensive dates are a turn off, according to anecdotes shared by readers through our recent anonymous dating survey.

Ninety people took our informal survey. The questions covered the cost of dating in Charlotte and how many dates respondents typically go on in a month.

We also asked about their best and worst date experiences.

Forty-seven percent of our participants said that their best first dates have included an active component; 36 percent said a movie was the worst pick; and 18 percent said dinner at an expensive restaurant was a no-go.

Below are the top 50 best (and a few of the worst) dates our respondents have been on.

The gender and age of each individual are listed after their response.

“A date at the Whitewater Center. We’re adventure lovers, and it’s great mix of adventure and amenities such as nice restaurants and good drinks.”- Male, 25

“Hiking. Get some exercise, enjoy the outdoors, see how physically fit your date is, it’s free.” – Male, 29

“Free concert. Fun and free!” – Male, declined to give his age

“A date to Barcelona. Great food, atmosphere, and conversation.” – Female, 31

“Beers at Resident Culture and then more drinks at Workman’s Friend. It felt fun and spontaneous, like every round we were making a decision that we wanted to spend more time together.”- Female, 29

“Toscana for restaurant week. Service was great and we had a really nice meal. I think service can really make or break a date.”- Female, 21

“Going to an improv show was so fun. We got a drink before to talk, then went to the show, then a bar to keep hanging. Great variety.” – Female, 25

“Random South End Brewery tour. It was nice out and we walked around a lot. It was casual but intimate enough to get to know each other.” – Female, 36

“I most recently went to a comedy show with a guy I had been out with a few times and that was so fun! We got drinks before and after, it gave us something to talk about and relate to. I also was able to see what he thought was funny, which I liked!”- Female, 27

“We started late at the Thirsty Beaver Saloon – so fun! It was small, but I feel like there is plenty to do. Then went Uptown to two other bars. I think the spots were just chill and I think neither of us were nervous or awk.” – Female, 26

“Dierks Bently concert and it was a blast!”- Female, 25

“Latin American festival. It was a beautiful day and I was with someone I liked.”- Female, 31

“Sunset drinks at rooftop bar, great atmosphere and the guy was really polished and charming.” – Female, 39

“Cirque on Ice followed by dinner during restaurant week.” – Male, 30

“Going to a bar that has games like QC Social or Pour because it gives you a chance to change up the pace and loosen up.”- Female, 24

“We did free admission to the Mint to see the new exhibition and then to a comedy show at Knight Theater and then grabbed a beer at Ri Ra. There was plenty to talk about. I got to learn about him by seeing what art he liked and which jokes he laughed at.”- Female, 29

“We went to Queen Park Social and then a hockey game. It was fun because we could play a bunch of games and get comfortable with each other without having to think of things to talk about constantly.” – Female, 25

“Best date I’ve been on involved hopping from one new place to another and coming back to the tried and true (meaning new breweries, new restaurant) and ending the day on the sofa watching a movie.”- Female, 33

“We went on a lunch date on the weekend. Grabbed some scooters in Uptown and did the bar-hopping thing. The scooters are a blast.”- Male, 31

“We were supposed to go to The Dog Bar, but he forgot his ID so we went and sat outside at a Mexican restaurant (in January). It was great because a.) there was a dog involved b.) the conversation never stopped and c.) the food was great and affordable, so I didn’t feel bad when he paid.”- Female, 23

“Wooden Robot then Bulldog for darts. The guy made it to the second date, so I was interested in him, along with good beer, pretzel balls, and an activity.”- Female, 28

“I went to play tennis with a guy recently. Maybe it was being out in the sun and being active, but it was so much fun and very low pressure.”- Female, 28

“We went to The Bohemian and had some great wine, then walked over to the Peculiar Rabbit for nachos. It was great because I really liked the guy.”- Female, 23

“We scootered down to Suffolk Punch for lunch, scootered up to Bulldog for a beer, scootered somewhere else but can’t remember, all on a Sunday afternoon. It was awesome because we opened up and talked about some heavy stuff. It brought us pretty close together. He’s the one that moved to Tampa :(“- Female, 34

“I met a guy for drinks and dinner (I know I don’t love dinner as a first date) but we ended up going to karaoke and bar hopping. It was so fun. The college girl in me had a blast, but ultimately didn’t go out again because as much fun as those nights are, this gal isn’t looking to bar hop much anymore. He made me feel like a kid again, but I’m looking for more of a long term play and not just a night of drunken fun.” Female, 27

“Crowder’s Mountain. Good chance to actually talk and see if they like the outdoors like I do.”- Male, 44

“We went to Tipsy Burro and talked for 5 hours. We ordered guac, picked a million songs in the jukebox, and had as many $2 PBRs as we wanted. I’m pretty sure the whole date cost less than $20. It was so low-key and REAL. We’re still together.”- Female, 29

“It was with a guy I met on Bumble. We met for Sunday brunch and had a great date. He was normal! And we chatted for what was hours but the time flew by!”- Female, 37

“Food sampling at Optimist Hall; we got to try lots of different global foods and talk about our travels to various countries”- Male, 34

“Outback. He called me and wanted to see me and said he has a routine of going to Outback and wanted to bring me along. I didn’t need anything fancy but thought it was nice that he wanted to include me on something that was regular for him.”- Female, 25

“I love baseball game dates because it’s such a great atmosphere, easy to chat and relatively chill. Albeit very expensive after you take into account tickets, food and drinks. This is a better second to third date.”- Male, 27

“We did a race and brunch, which is great since we’re both runners and foodies.”- Female, 29

“Basil Thai because the service food and wine was great!”- Female, 25

“Optimist Hall. It’s a cute, casual space to get to know someone.”- Female, 24

“Roosters & Punch Room. Roosters has a great atmosphere for dinner and really really good food. And ending the night at Punch Room can be really intimate/romantic! It is what you make it!”- Female, 23

“Paint and sip! So much fun to do something creative while getting to know each other.”- Female, 26

“Windy Hill Orchard – it was different and had an activity.”- Female, 28

“To Midwood Smokehouse where we ate a shared meal. It was relaxing and fun to try new food.”- Female, 37

“Queen Park Social. It was fun because we could play a bunch of games and get comfortable with each other without having to think of things to talk about constantly.”- Female, 25

“Reid’s. It has a chill atmosphere. It’s a nice place to talk and get to know each other.”- Female, 30

“Bulldog Beer and Wine. We played darts the entire time. It was good because we were doing a low stakes activity that offered plenty of time to talk.”- Female, 24

“Soul has a great vibe, fun to try different things on the menu together, easy to bar hop afterwards.”- Female, 30

“Soul Gastrolounge is the best dating restaurant. They never rush you. The plates are for sharing. Love the decor/atmosphere. Helps conversation just flow.”- Female, 49 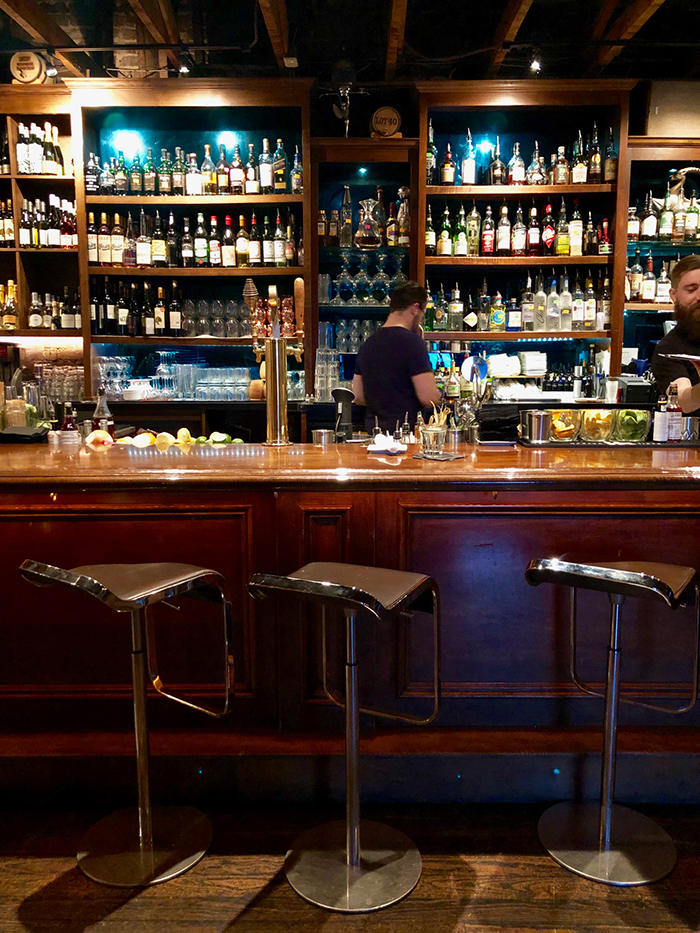 And the worst date idea:

“Baseball game — lasted over 4 hours and I knew he was a dud in the first inning.”- Female, 23

“Anything where you’re locked in even if there’s no chemistry”- Female, 29

“One guy suggested the Whitewater Center. That’s committing to a lot before even meeting him!”- Female, 26

“Hiking! I love to hike but being stuck in the woods with someone I wasn’t compatible with for a full day was a lot”- Female, 25

“Hanging out in someone’s living room… boring and creepy.”- Female, 28

“I think something that’s very personal to one person or the other.”- Male, 30

“Whitewater Center/Crowders. These are day-long events and you have no escape if things aren’t going well.”- Female, 29

“Really just depends on the company. If the guy is boring, it doesn’t matter where you go.”- Female, 23

“Bowling. If it’s just two of you bowling, then one person is always standing up to bowl! You never get to talk to each other. Plus taking off your shoes in front of a stranger is weirdly embarrassing.”- Female, 29

“Italian, anything that puts you in a bathing suit”- Male, 50

Surprisingly, several people mentioned that meeting someone’s parents was their worst first date, which seems like it should go without saying. If you’re selecting this as your get-to-know-you activity, change your approach ASAP. 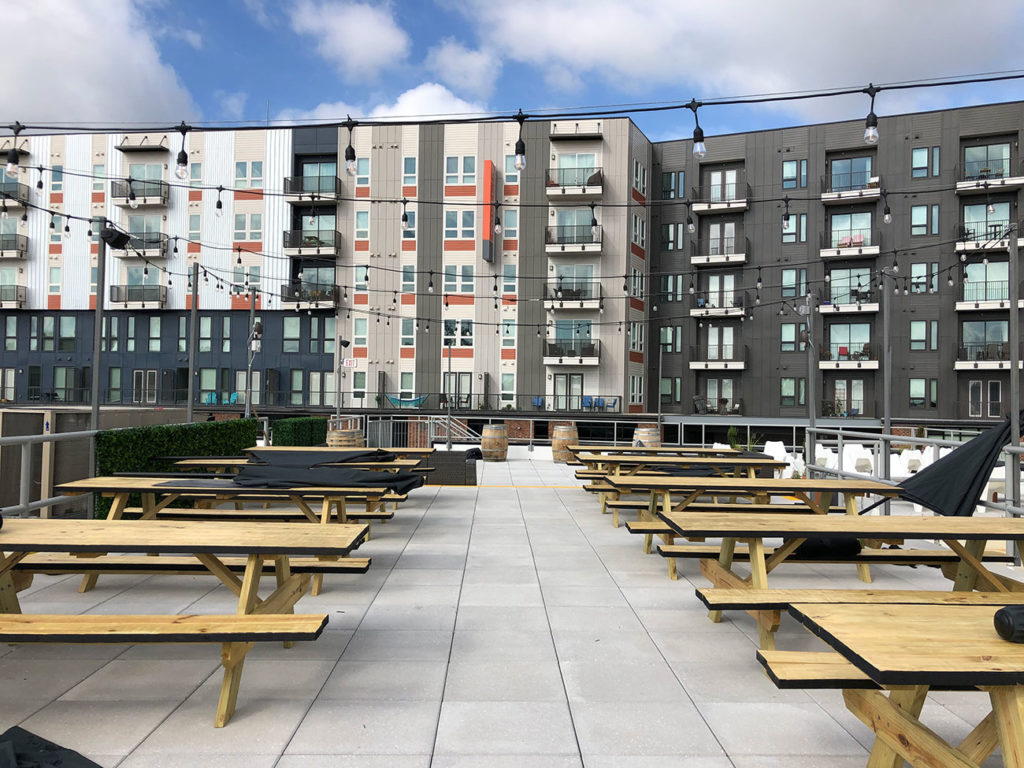 Weekday Planner: 15 cool things to do in Charlotte this week including Elton John concert