If you’ve driven up Dalton Avenue toward Uptown recently, you’ve probably noticed crews moving dirt — lots of dirt — at the Graham Street intersection. The once-industrial corner is in the midst of a transformation that will add a brewery, restaurants, and creative office space.

The corner is a sort of gateway into North End, a rapidly redeveloping area that’s become popular because of its affordability and proximity to the city center. Developers are flocking to the area because of a new federal tax incentive meant to encourage revitalization.

A West Morehead Rhino Market feel: On the 3.15-acre site sandwiched between Dalton Avenue and Liddell Street on Graham, developers Tribek Partners and Ascent Real Estate Capital are partnering on a two-building development that will give new life to a former truck shop that was built in 1952. One building will house retail; the other, offices.

The development, called The Shop, is a 41,500-square-foot adaptive reuse project with a view of the Charlotte skyline. It’s an attractive spot, developers say, because it’s easily accessible from major highways. And unlike other developments in close-in neighborhoods, The Shop will have ample parking.

Mark Ethridge, an Ascent partner, describes the development as “a place you can meet, park really easily that’s close to uptown.”

“When I think about the Rhino Market on West Morehead, it’s like, why is it so busy all the time?” Ethridge says. “We’re hoping we can have something that feels like that.” 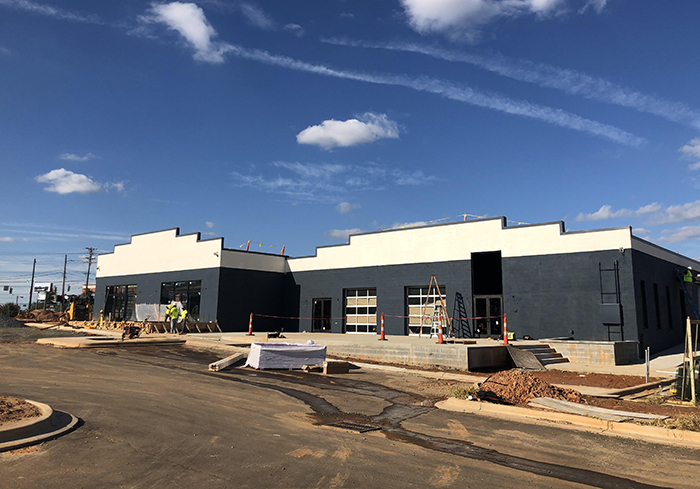 The Shop at 1100 N. Graham St. is an adaptive reuse project that will house a brewery, restaurants and creative office space. (Courtesy of Mark Ethridge of Ascent Real Estate Capital)

Preserving the old: The goal is to maintain the “remnants of the blue-collar history” of the industrial buildings, Ethridge says. That includes keeping much of the original brick, fortifying the original steel trusses, preserving the wood deck ceiling, and maintaining the open feel of the warehouse’s interior.

Preserving grunginess while repurposing old buildings is a common goal for many developers throughout the city these days.

At The Shop, crews recently finished painting the buildings. Next, they’ll install the remaining windows, doors and canopies, then finish the parking lot and patios after that. 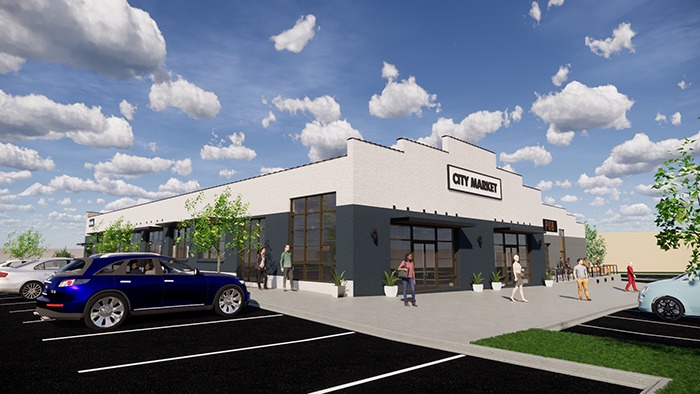 Brewery, restaurants and a gas station: Petty Thieves should start construction on its 5,000-square-foot space any day. The brewery’s aesthetic might seem familiar when it opens: Cluck, the local firm behind Haberdish and Queen Park Social, is designing its space. Cluck is also designing the Goodyear House in NoDa.

The Petty Thieves space has huge roll-up garage doors leading out to a patio facing uptown. The Shop will be the first permanent home for the brewery, which has been serving its beer at pop-up events around Charlotte for years.

“We feel fortunate to be part of this historic reuse project in such a rich, but largely neglected neighborhood of Charlotte,” brewery founder Ted Rosenau told the Agenda. The brewery is targeting a spring 2020 opening, according to Rosenau.

Adjacent to the Petty Thieves space is almost 9,000 square feet of space that could be for one restaurant or subdivided for a few of them. Davis Hahn, an Ascent partner, says his team expects to have more retail and office tenants signed soon. 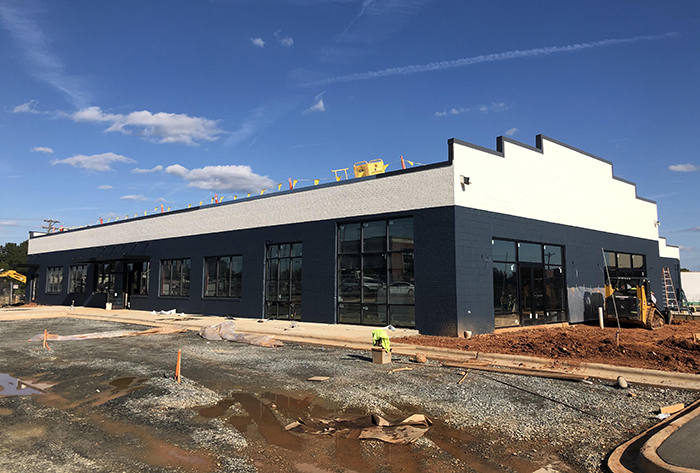 The Shop at 1100 N. Graham St. is an adaptive reuse project that will house a brewery, restaurants and creative office space. (Courtesy of Mark Ethridge of Ascent Real Estate Capital)

Across the street from The Shop, construction crews recently tore down the old two-story former Adams Outdoor Advertising building. They’re now grading the site, and will soon begin construction on a six-pump QuikTrip.

QuikTrip spokesman Mike Thornburgh says he the goal is to have the station open by April 2020.

Less than a mile away is Camp North End, the 80-acre historical industrial site where Ford Model Ts and Army missiles were once manufactured. Then there’s the former City North Business Center North Tryon, which Texas-based Artesia Real Estate purchased and is renovating for new office and retail tenants.

A large swath of the North End area, including The Shop site, is designated as one of the city’s 17 “opportunity zones.” Part of the 2017 federal tax reform law, opportunity zones offer tax incentives for investors to buy land in certain underserved areas.

The Shop’s developers say they anticipate even more construction in the area in coming years. “The secret’s out,” about North End, Lincoln Harris VP Marshall Williamson says. 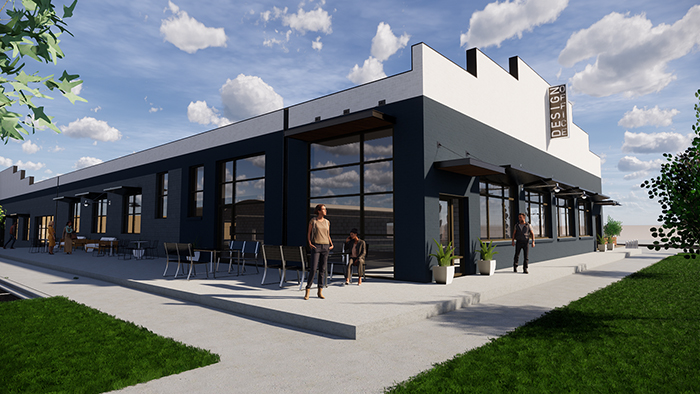 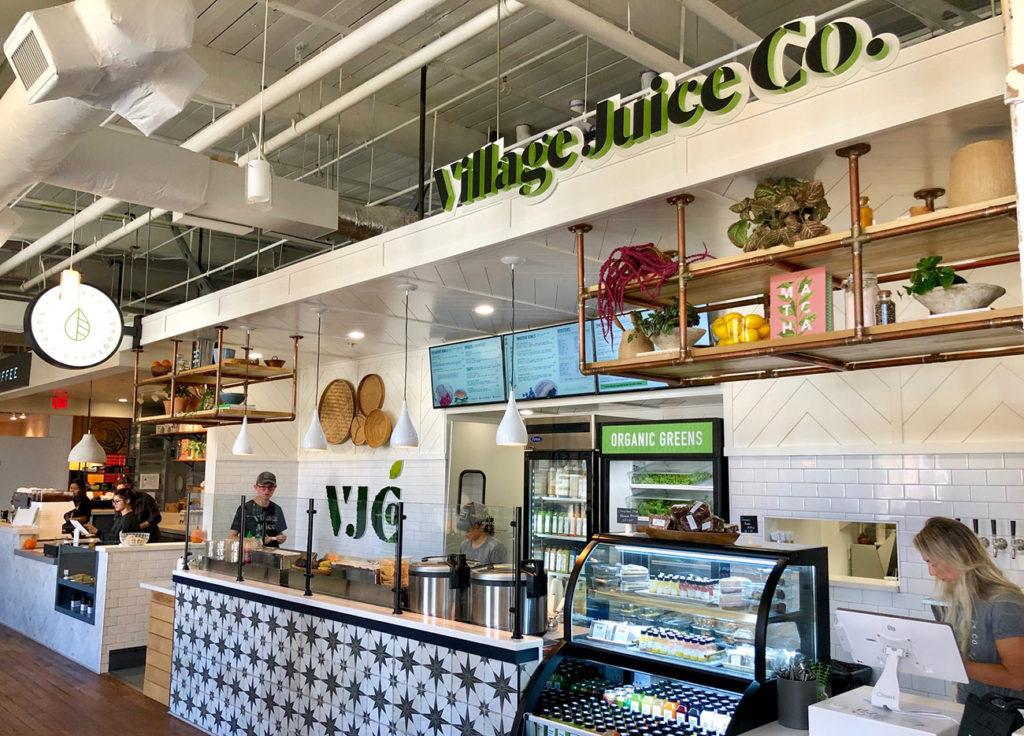