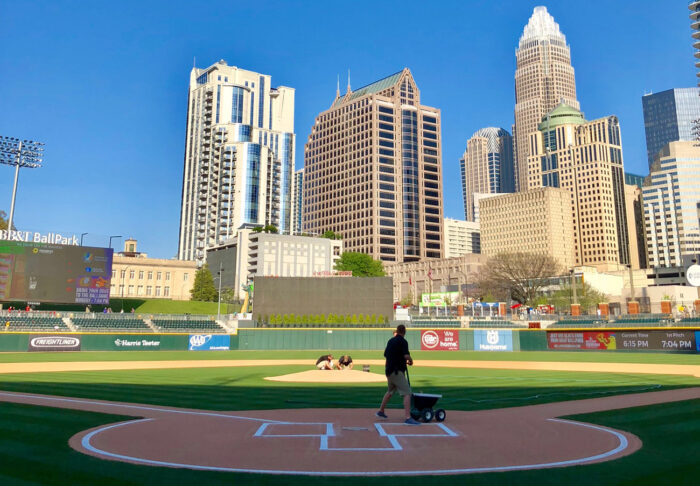 How does Blind Date work: Charlotteans fill out this Agenda Blind Date Survey about their make-or-breaks, their ideal types and their perfect dates. Then the Agenda plays matchmaker by sending couples out on blind dates. Below are the results. Want the chance to get matched? Fill out the survey!

I promised our couple total anonymity in exchange for candid post-date interviews so I could give you an article free of  “The date was a 5/5! We won’t see each other again though because we had no chemistry.” You get it. Responses have been edited lightly for length and clarity.

Nick is a 29-year-old working in investment banking whose best friend would describe him as “goofy, loyal, adventurous and intellectual.”

His ideal type is someone who’s a natural beauty, driven but doesn’t take herself too seriously and can control a room with her presence. She also needs to be able to break it down on the dance floor with him. He loves trying new restaurants, running on the Rail Trail and doing outdoorsy activities.

Now, meet Jessica. She’s a 33-year-old financial analyst who loves going to the Whitewater Center, hiking Crowder’s Mountain and hitting up the many breweries in town.

Her best friend would describe her as “outgoing, witty, adventurous, a sports enthusiast and considerate.” Her ideal type is someone who is equally as comfortable in a suit as they are in a T-shirt and is a man’s man.

I matched these two because, based on the humor infused into their profiles, I thought they would make each other laugh. They also both seemed to have the right blend of fun but professional that the other was looking for, and are both adventurous and down to spend time outside.

Here’s how the date went.

How do you feel about the Charlotte dating scene?

Nick: I find it a little challenging. I mean, I’m a very outgoing person, but it kind of reminds me of college because everyone rolls in squads, you know?

I enjoy going up to a random person that I find attractive at a bar and just saying hi, but going up to a group of, say, eight to 10 girls is not really going to be successful.

And so coming from Chicago or more established cities, I feel like people go out with maybe one or two other friends. And it’s just a natural fit to kind of gravitate towards each other and strike up a conversation. It’s much more inviting.

It seems like a lot of people here rely on dating apps, myself included, but I’m not too impressed. I mean I guess I was doing it out of laziness because I work really long hours, but I need to stop using that as an excuse.

I always feel like I’m better received in person, and with online dating they just have to see your picture first. Which, you know, I’m not a troll, but you’re reliant on that first. But I don’t know, it’s just a very mixed bag.

I’ve been on some good dates and some not too great. I haven’t been on any absolutely horrible dates.

How did you feel leading up to the date?

Nick: I was definitely looking forward to it. All my co-workers and friends were kind of shocked that I would put myself out there for that.

But I mean, that’s definitely the type of person that I am. I’m in for an adventure and meeting new people is always fun and something that I look forward to doing. I wasn’t really nervous about it at all.

Jessica: Incredibly nervous, which was really shocking for me. I feel like I can talk to almost anyone, and for work I get up in front of people and I deal with people face-to-face all the time. So I can talk to anyone.

But I was incredibly nervous because I think just, you don’t know what they look like. And inherently we want to be liked. And I don’t know anything about him other than the little bits that I got.

What did you think when you first met your date?

Nick: I felt from the beginning that we weren’t going to have much in common. Running and trail races and stuff like that have always been hugely important to me and we didn’t really share much of that.

Jessica: He was put-together. He was really nice. He was attractive. 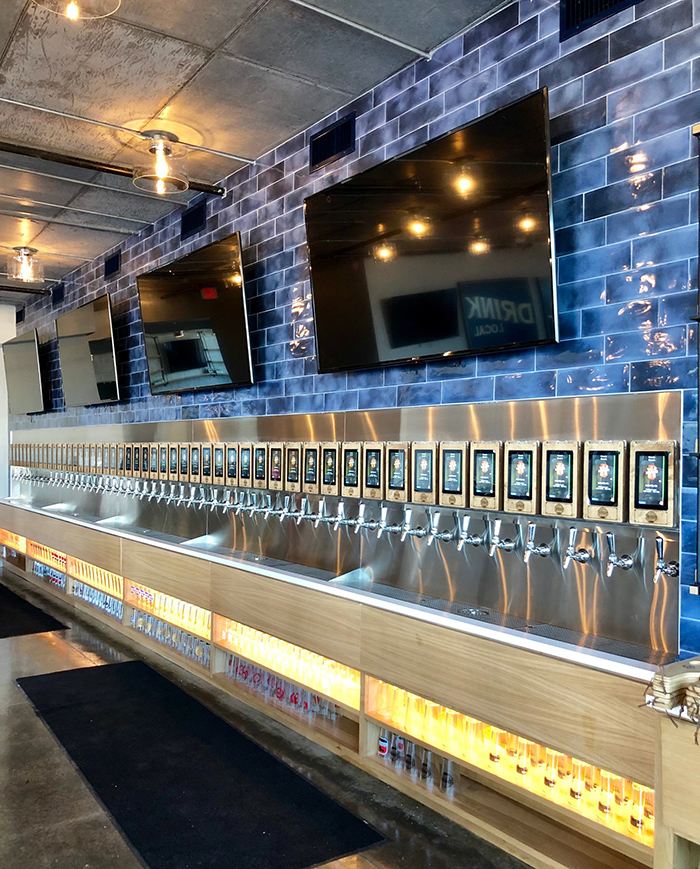 Okay, so how was the date itself? What did you do?

Nick: We had a good time grabbing a few drinks at Taproom Social, and we were talking about our experiences in Charlotte. We’re both recent homeowners, so we went through that. The conversation was fun.

Then we made our way over to the ballgame, and it was fun to hang out and watch a game. We definitely had good seats.

Jessica: We had a couple of drinks at Taproom Social first, I hadn’t been there before and that was fun. Then we moved over to the game.

On a scale of 1-10, how would you rate your date’s personality?

Nick: I would say an 8. She was definitely outgoing and easy to talk to. The conversation was pretty natural.

Jessica: That’s hard because I feel like he was a little reserved. I don’t know if that’s how he always is or if it’s just the nature of meeting somebody blindly for the first time. But I would say we joked and laughed and we had good conversation and got along well.

Nick: It was enjoyable. We were able to joke around and she has a good sense of humor. She’s definitely warm and outgoing. We were never sitting in silence. That’s a nightmare when that happens. It’d probably be like an 8 or a 9.

Jessica: Somewhere in the 8 range. We talked about what we did and where we’ve been. He’s from Chicago, and I’ve been there several times. He has an interest in Asia, and I used to live in Japan. We had a good conversation. I mean, it helped that there was a baseball game filling gaps and stuff like that. 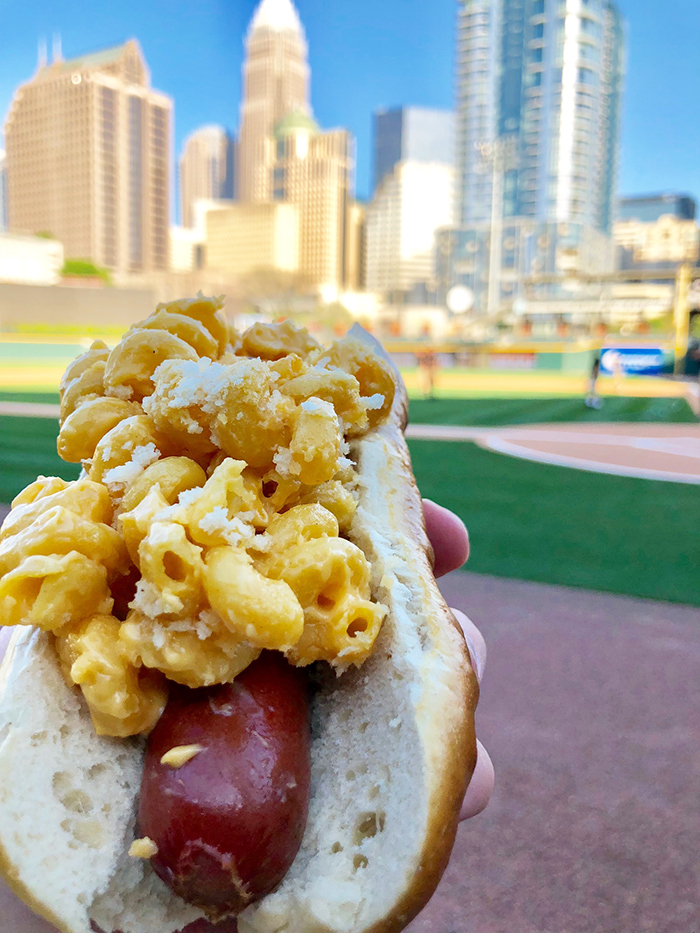 Nick: In terms of conversation and just enjoying a fine evening out, I mean I think the rapport was there. But in terms of romantic chemistry, I would say no.

Jessica: I would say it was more cordial, like a friend. I don’t know what number I would give it.

Nick: I mean I would say like a 6. It’s tough to be harsh on her because she’s a good person and it was a fun conversation.

But I guess going into it, I was hoping for romantic chemistry, which, I mean, you know, that’s kind of a crapshoot with this. You don’t even know me. And so you’re going off of paper trying to identify who might be a good match. So I understood that was in the realm of possibilities

Jessica: It was a great conversation. But if you’re saying the date includes chemistry, then I would rate it lower. But  I just overall had a good time. So an 8 maybe?

So will there be a second date?

Nick: Yeah, so there won’t be a second date.

Jessica: We texted a little bit when I got home that night, but we haven’t talked since then. I could just sense the physical cues that he wasn’t really into it. I would have gone out a second time. Just because it wasn’t awful the first time, just to see if there was something else. I wasn’t like, “Oh my God, this is the best date ever.” 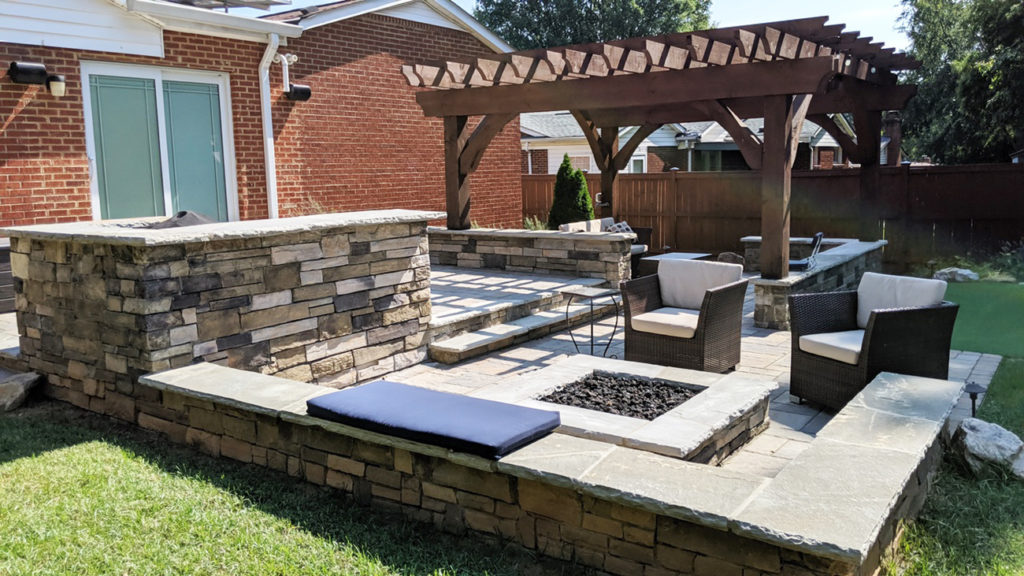