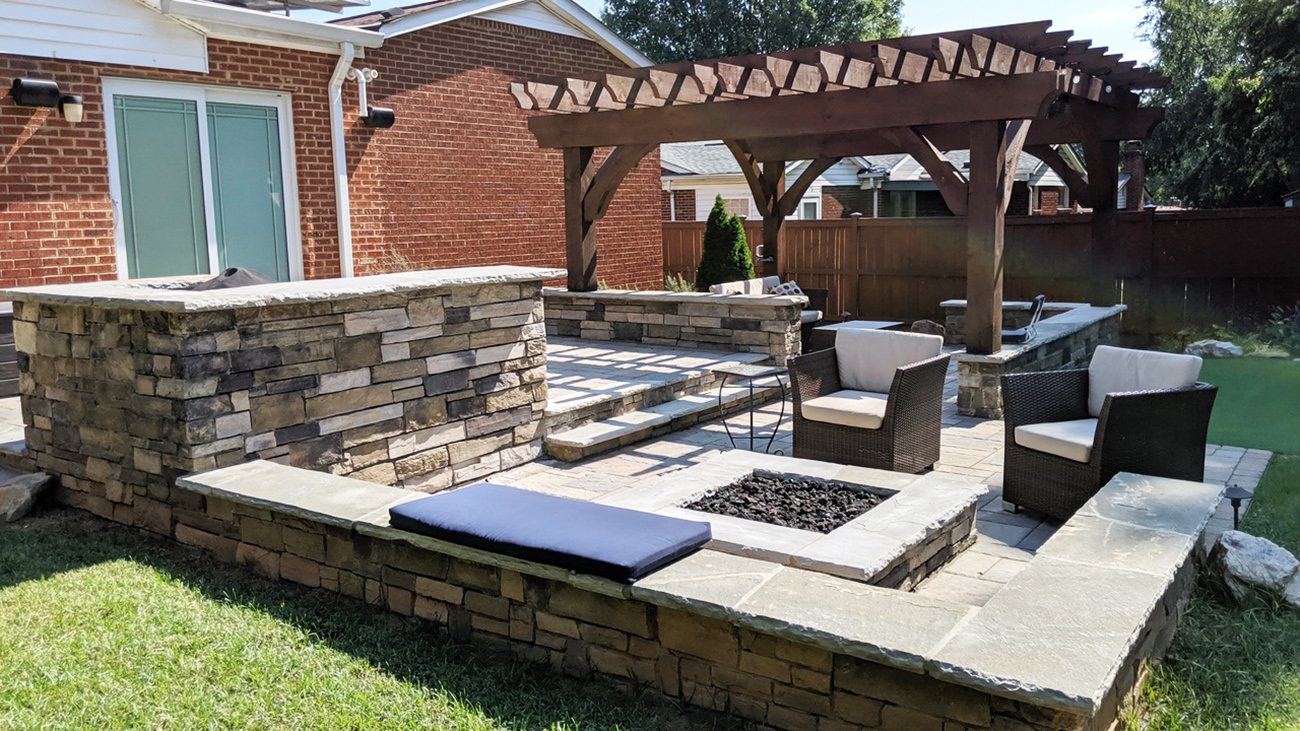 Just a few miles from Uptown, William and Tiffany Hughes have taken simple steps to make their home a certified Wildlife Habitat.

Once I learned that one of the requirements for that designation was “at least two places for wildlife to engage in courtship behavior, mate and then bear and raise their young” with visions of sweet bunnies holding hands, I invited myself over to check out their eco-friendly home.

I was surprised to learn that while some of their investments were significant, some of their sustainable lifestyle requires relatively little effort and reaps big reward.

“For us, passing down generational wealth isn’t about just passing down money; it’s about passing down a healthy clean environment to our kids and grandkids,” explained William. “I’m motivated by that as well as our family goal of self-dependence. The more we can do ourselves, the better.”

Here’s a peek at what I’ve dubbed the greenest home in West Charlotte. 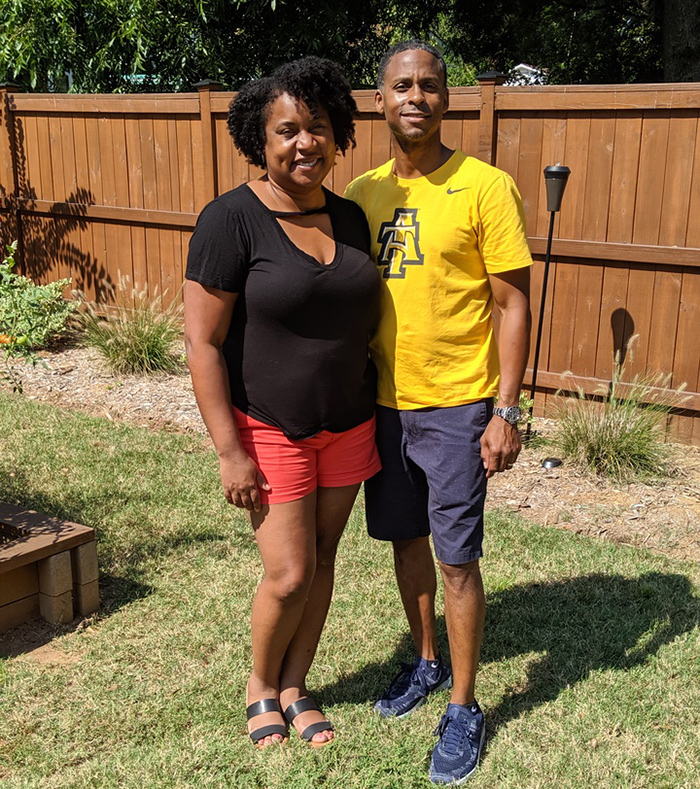 This past April, the Hughes family installed solar panels which cost them roughly $11,000 after rebates from the federal government and Duke Energy.

If you produce more energy than you consume, then you receive a credit — otherwise you are charged for the portion you used from the main power grid.

Tiffany stated that their highest bill the previous year was roughly $50 more than their highest bill since they installed the panels. She was impressed with these results because this year, they’ve consumed more energy by working from home, charging their electric car, and cooling their home during an especially hot summer.

William added that solar panels are simply “harnessing the sustainable source of energy that God gave us; why wouldn’t we do it?” 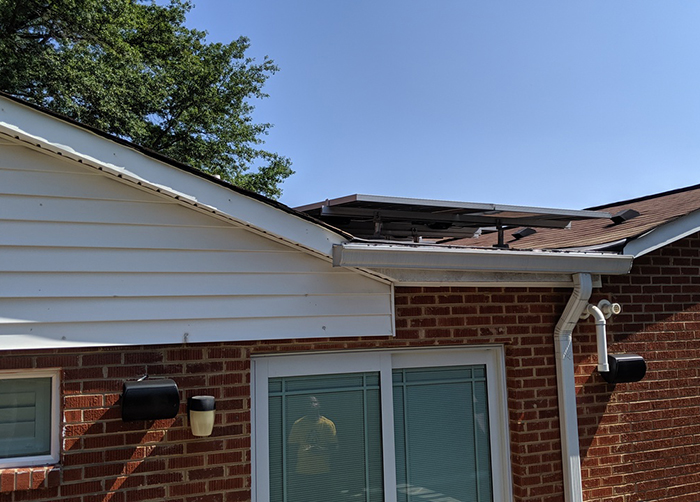 When I arrived, Tiffany offered me a few bright tomatoes fresh from the garden. Their garden also included basil, thyme, rosemary, Swiss char, lettuce, cucumber, kale, dill and several other delectable treats that they admitted the wildlife sometimes swiped before they could pick it.

William shared that the home garden reduces waste because they simply pick the produce when they are ready to eat it versus purchasing it in store and it going bad in the refrigerator.

“We’ve started to tailor our diet to what we grow; so we end up eating a lot of tomato-based sauces like salsa and we use kale and arugula in our salads,” said William. “I’m not sure how much this has saved us financially, but when we share our produce with our neighbors, it enhances the feeling of community in our neighborhood.” 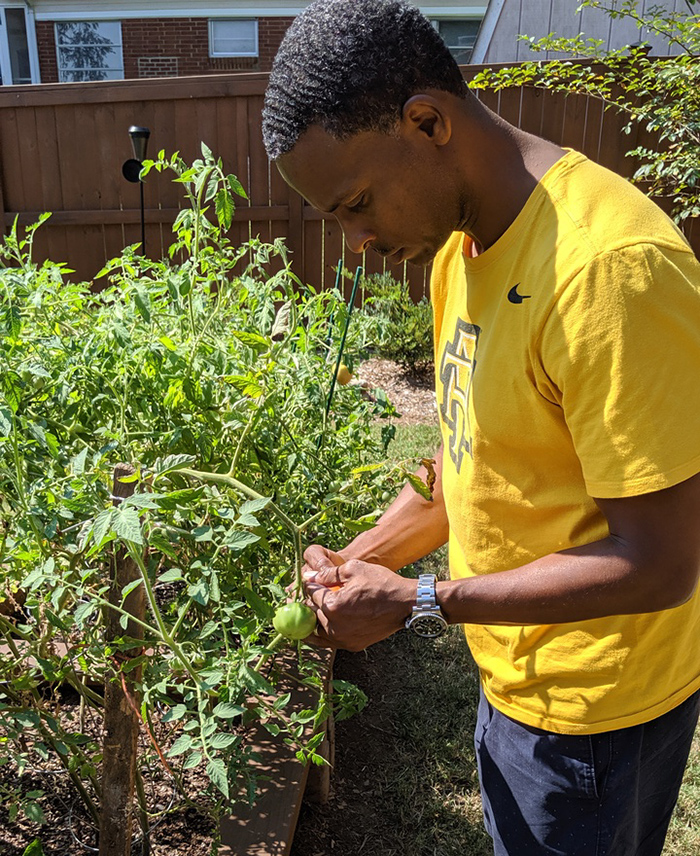 The Hughes took advantage of a federal tax credit and purchased an electric vehicle to use for their short commutes to and from work Uptown. When they purchased their car, the credit was $1,875.

If you charge your car with power generated by the sun, does that automatically grant you bonus karma points?

The Hughes are one of the first North Carolina residents to install a purple air monitor (in their case provided by Clean Air Carolina). These small devices measure air quality in real time and have been installed in sites around the world.

“Having an air quality monitor at your home gives you an idea of what pollutants are right in your household and shows you how driving a large truck or gas-powered car can impact your air,” said William. “The numbers shoot up whenever someone with a large gas-powered vehicle pulls in. The monitoring of the air and other environmental items allows for advocacy to ultimately drive policies that allow for greater protections and equality as it relates to environmental justice.”

The purple air monitors are a “citizen scientist” effort that allow people to use the air quality reports as evidence of opportunities to improve and gives citizens the data to advocate against industrial projects being built in their community.

Unbeknownst to school-aged me, butterflies are more than just inspo for Lisa Frank décor. Butterflies, along with birds and bees, are pollinators that North Carolina’ $78 billion agricultural economy depends on.

The Hughes have created a backyard Pollinator Pitstop as part of a statewide conservation restoration initiative called The Butterfly Highway.

Essentially, they grow native plants as part of their landscaping and refrain from insecticide use. (Not too hard right? You can do this too!)

With all of those plants and a wildlife habitat for a backyard, you have to wonder if they are using a lot of water. Not surprisingly, they have a solution for that too; the Hughes harvest rainwater.

Rainwater from their gutters runs off into a barrel that they use to use to water their plants. In addition, they removed a significant portion of rain-thirsty grass and got a stone patio installed, complete with a putting green (faux grass of course) reducing the amount of water needed to keep their backyard green and healthy.

“By installing a stone patio and planting native self-sustaining plants, we’ve been able to support the eco-system and cut our water bill by at least 25 percent,” said William. 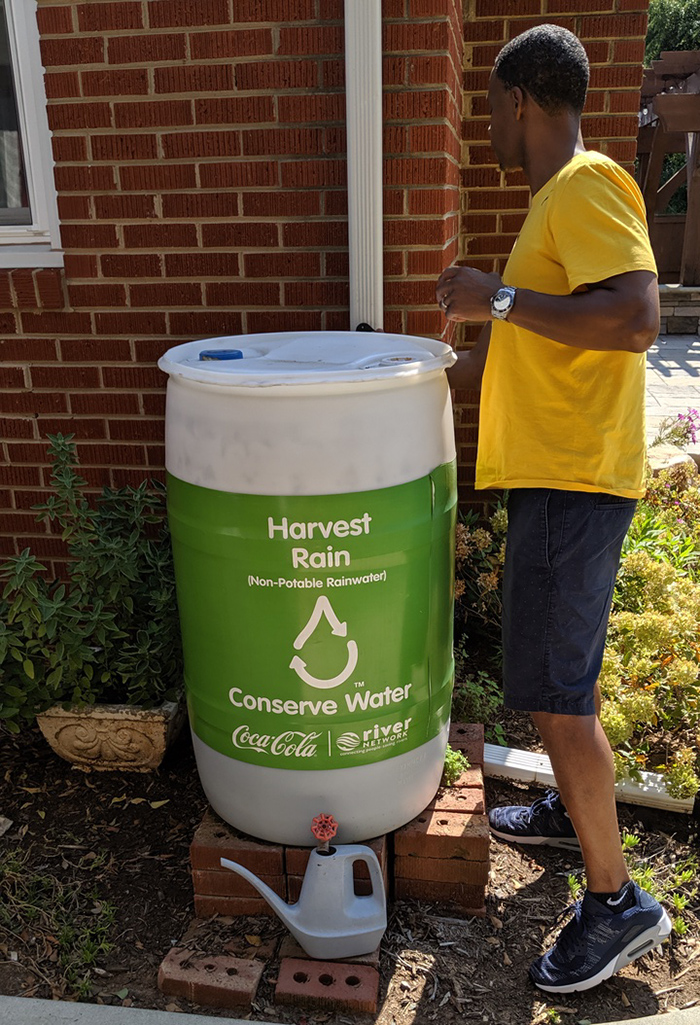 As they shared all their methods with me, I felt a little overwhelmed and it must have showed on my face because Tiffany reminded me, “This was all gradual. We didn’t do this all at one time. About ten years ago, while we were dating, we both realized we had a fascination with electric cars. The fascination with that one item turned into a lifestyle. Over time it became our new normal.” 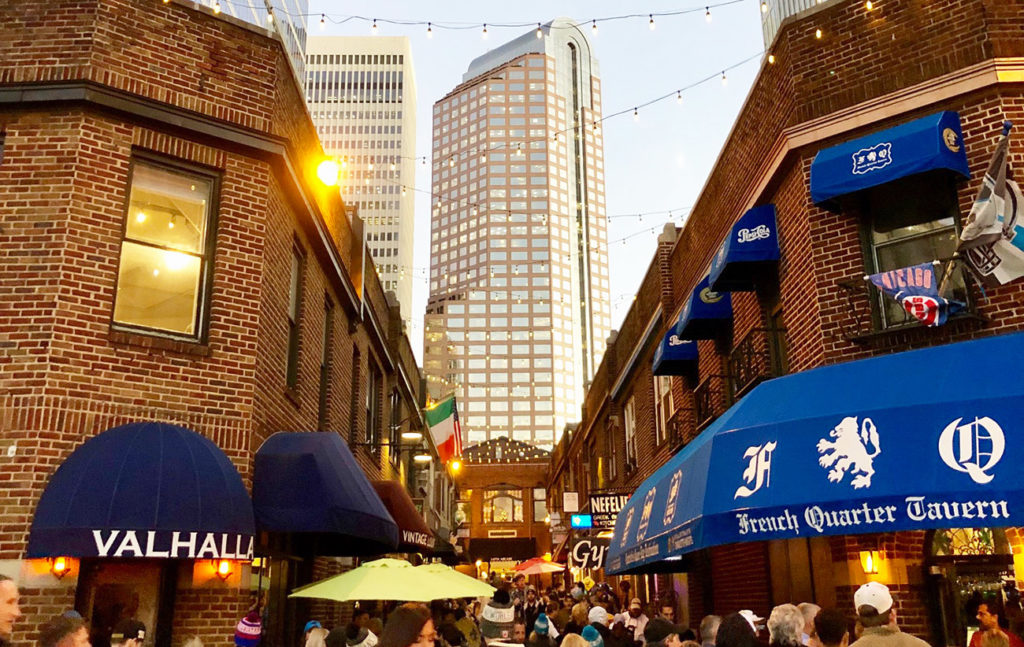 Confessions of a Charlotte therapist