The 6 best spots for a first-time backpacking trip within 2.5 hours of Charlotte 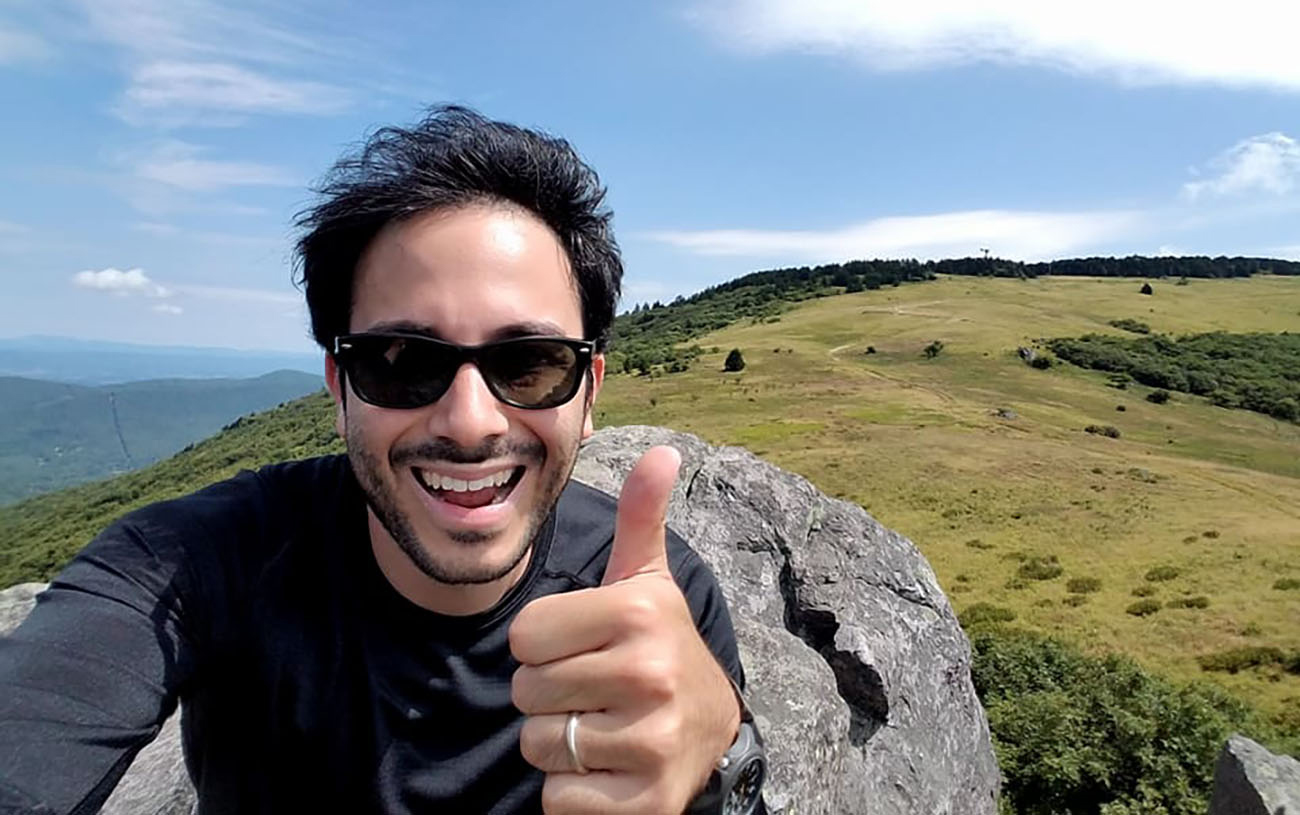 You’ve hiked at Crowders Mountain more times than you can count, made the drive to the Blue Ridge Parkway and back in a day, and explored every greenway in six counties.

Now, at the end of those long trail days, you wish you didn’t have to go home. As sweet as a shower, beer and burger sound, the prospect of watching the sun set, building a fire, trying to see the Milky Way, and waking up tomorrow already outside sounds even sweeter.

That’s how it happened with me: a few years ago after dozens of day hikes, I realized that if I wanted to keep going, I’d have to learn to camp.

Fortunately, Charlotte is within a short drive of an almost embarrassing number of great hiking and camping spots. In the past three years, I’ve done about 17 backpacking trips, from one to five nights, several of them solo.

Below is a list of the six best overnight spots, listed in order of increasing difficulty — from easiest to most challenging. 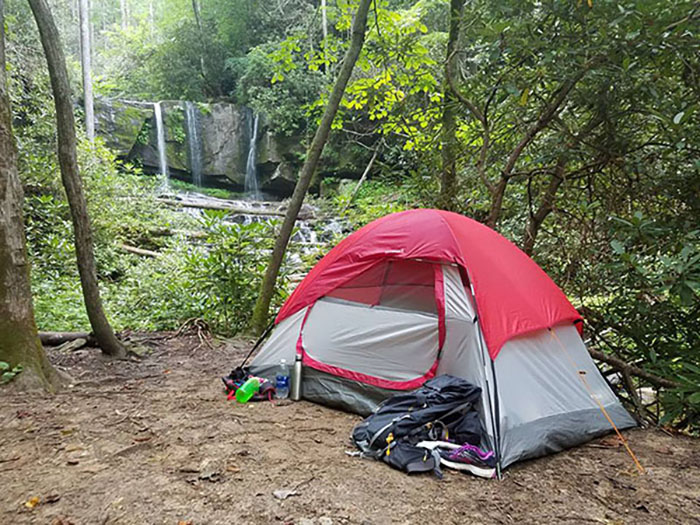 Intimidated by the list of gear you need, like a camping stove, tent and sleeping bag? I bet you have a buddy who can lend you a few essentials, or let you tag along. Failing that, REI will rent you a full backpacking kit if you’re not sure you want to take the plunge and purchase.

For a gentle introduction to backpacking, hit up this state park about 90 minutes west of Charlotte, near Morganton.

Drive-in campsites are available next to the Jacob Fork River (with bathrooms!), or you can hike in to one of the seven backcountry camping areas. Hikes to these vary from about 1.5 miles to the Upper Falls campsites to almost 5.5 miles to the Murray Branch campsites.

Pros: Waterfalls dripping with green moss and clear, cool mountain water are mixed with some long-range vistas. South Mountains has amenities like toilets and electricity at the developed campsites for skittish first-timers. Miles of well-blazed trails with clearly marked intersections that even a newbie won’t get lost on, along with backcountry campsites that let you test-drive the wilderness.

Cons: There can be crowds (though not as many people as Crowders), especially around the popular High Shoals waterfalls. Campsite reservations are needed (backcountry sites start at $12).

A little over an hour east of Charlotte, the Uwharrie sits in the modest shadow of Morrow Mountain.

The Uwharrie National Recreation Trail runs for 20 miles through a dense forest with frequent creek crossings. A large, primitive campsite sits roughly in the middle, and other campsites scattered along the way. Park at the marked area off N.C. 24/27, east of Albemarle, and hike north.

Pros: The terrain is mostly flat, with only short up-and-down sections; the trail is well-marked; and creeks are plentiful. Low elevation, with most of the Uwharries at 1,000 feet or less, keeps this spot warmer than trails in the mountains during winter months.

Cons: No big views here, so expect more of a walk-in-the-woods experience. The temperature is the same as Charlotte’s; the Uwharries can broil unsuspecting hikers in the summer.

Park at Table Rock State Park (the eastern terminus), and hike about 10 miles to Mt. Sassafras, the high point in South Carolina. It’s a moderate-to-strenuous hike, but you can camp along the way.

Or park in Gorges State Park and hike about 5.5 miles along the Canebrake Trail to Lake Jocassee, where you’ll meet the Foothills Trail and find some spectacular waterfront property to pitch your tent.

Pros: The trailside scenery has everything from mountain vistas to impressive waterfalls to placid lakes and streams. Campsites are spacious (many are next to the aforementioned waterfalls and lakes), and the trail is clearly marked. Low elevation makes this a viable option for early- or late-season trips, when it’s too cold in the mountains.

Cons: That low elevation (the trail is mostly between 1,000 and 3,000 feet) means this area gets hot in the summer. Ticks also seem to be more prevalent here than any of the other trails included on this list. 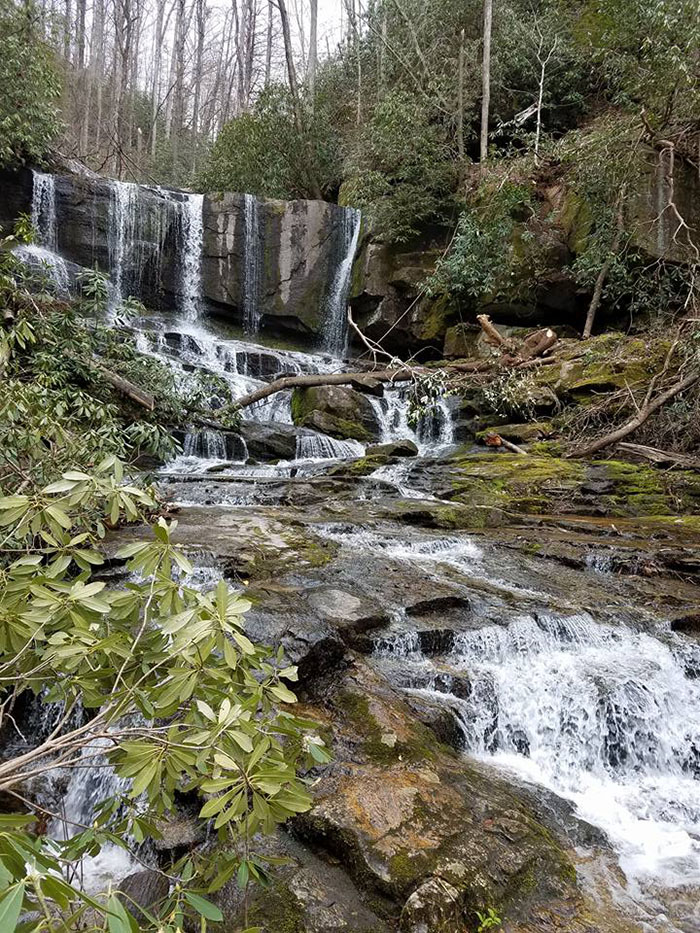 The Virginia Hawkins Falls on the Foothills Trail

It’s time to hit the granddaddy of them all: The Appalachian Trail.

Big Bald, ringed by a moat of smoky blue mountains and topping out at 5,516 feet, is a sleeper candidate for one of the best places on the AT.

Pros: Easy access. The Sams Gap parking area is right off I-26, and you can step out of your car onto the trail. The hike is steep in places, but not punishing. This stretch of trail is less crowded than the “crown jewel” sections of the Southeast Appalachian Trail, such as iconic McAfee Knob or the Roan Highlands. The trail here is well-marked and easy to follow, and there are no major intersections to trip you up.

Cons: You’re getting into higher elevations (at least for the East Coast), so pay attention to the weather and be prepared for colder temperatures. Consider packing extra water — there aren’t many places to refill along the high ridges. 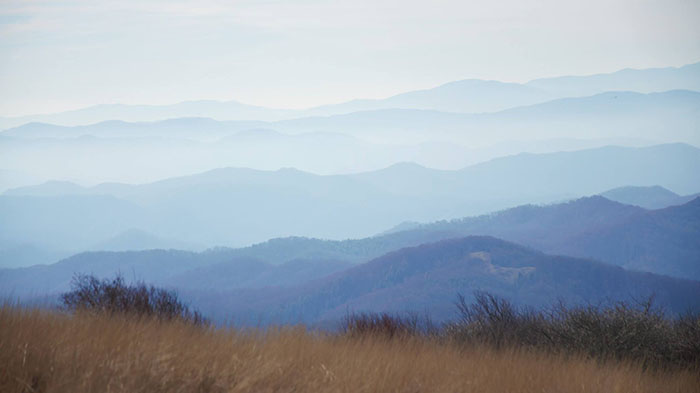 The view from Big Bald

If Big Bald is an underappreciated Appalachian Trail gem, Grayson Highlands is an Instagram-ready beauty queen.

Where else can you find wild ponies — and lots of them — in what feels like a Hollywood-perfect scene from Scotland?

Park at Grayson Highlands State Park in Massie Gap. (It’s in Virginia, but only about 2.5 hours north of Charlotte, mostly on I-77.) Hike a short spur trail of about 1 mile to the Appalachian Trail. Parking is $8 per day in the backpacker lot.

Once you’re past the state park boundaries, you can camp anywhere along the rolling, green-and-yellow hills dotted with grey boulders. It’s hard to find a bad spot, with trailside campsites and Appalachian Trail shelters in abundance, tucked back in the sturdy stands of evergreen trees or sitting exposed on the endless ridges.

Pros: Unmatched beauty. For my money, this is the best place to hike in the Southeast. The profusion of trails means you can come back for years without repeating a trip.

Cons: At about 4,500 feet, the weather is unpredictable. The camping areas can be crowded (to deal with overuse, the state park is implementing a reservation system for backpacker parking). Human-bear encounters have increased, so you’ll have to bring a bear-resistant canister, and hikers are advised to camp near and use the new metal bear vaults at the Appalachian Trail shelters. 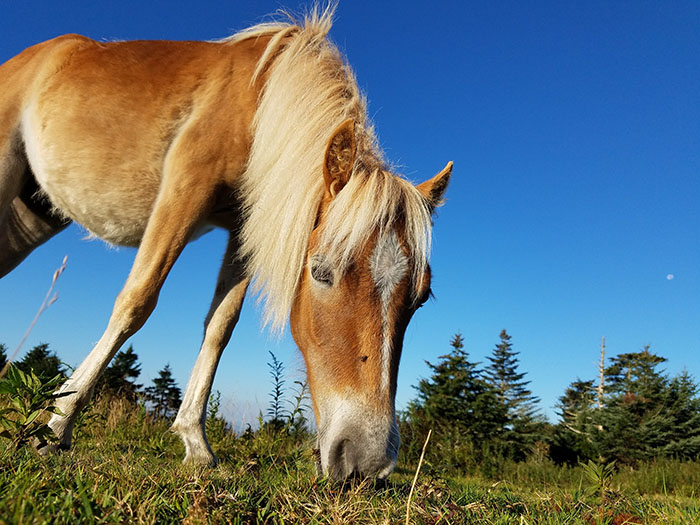 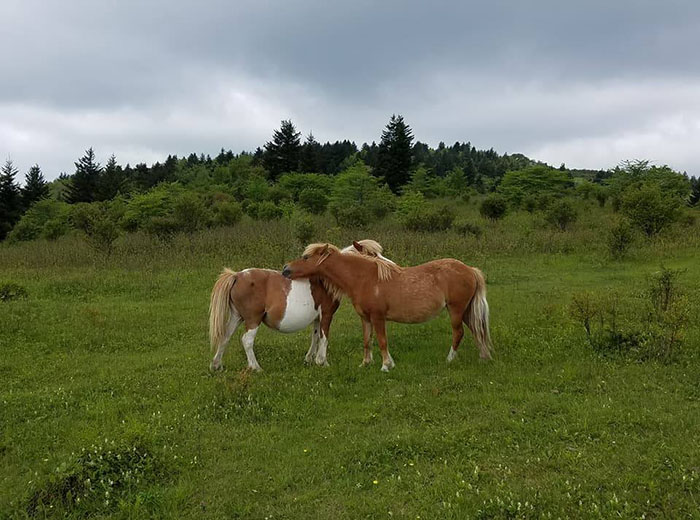 On a hike at Grayson Highlands, you’ll run into a different kind of native camper

About three hours west of Charlotte, the Art Loeb Trail that runs across these mountains off the Blue Ridge Parkway has a reputation for being one of the toughest hikes in North Carolina. It can be a slog with backcountry intersections that stump even experienced hikers. But if you park off the Blue Ridge Parkway and hike to the balds that attract the day hikers, you can just camp there instead of going to your car.

Two easy options: Hike north on the Art Loeb Trail over the spectacular balds and camp at Ivestor Gap, just south of the Shining Rock Wilderness. That’s about a five-mile loop, and you’ll cross balds with 360-degree views, including 6,214-foot Black Balsam Knob. Or hike west to 6,045-foot Sam’s Knob (only a little more than a mile from the parking lot), then camp at the foot of the hill along the Flat Laurel Creek. Either one keeps you within a couple miles of your car — and out of the most confusing and truly wild areas — while still affording you jaw-dropping views and relative isolation.

Pros: Did we say the views? Black Balsam Knob has a well-deserved reputation for those, as do all the other peaks you’ll cross along this trail. Campsites are abundant, and after the day hikers clear out, you’ll feel like you’re really in the wilderness.

Cons: You’ll need a bear-resistant canister for your food and scented items. Navigation should be simple if you stay relatively close to the parking area, but lots of little side trails wander off, so pay attention. 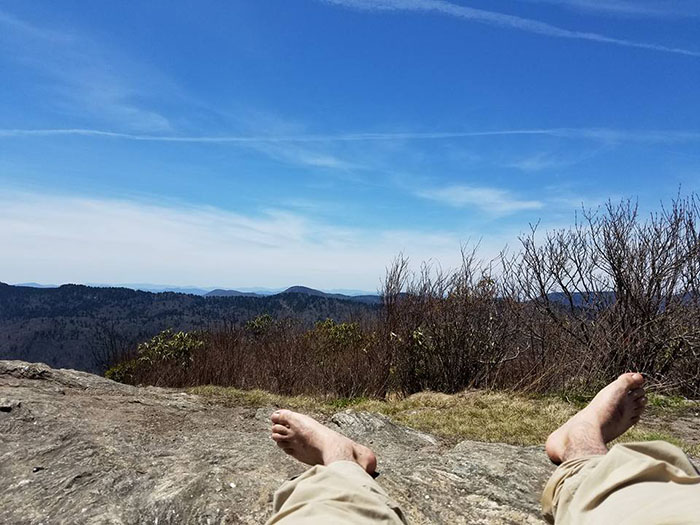 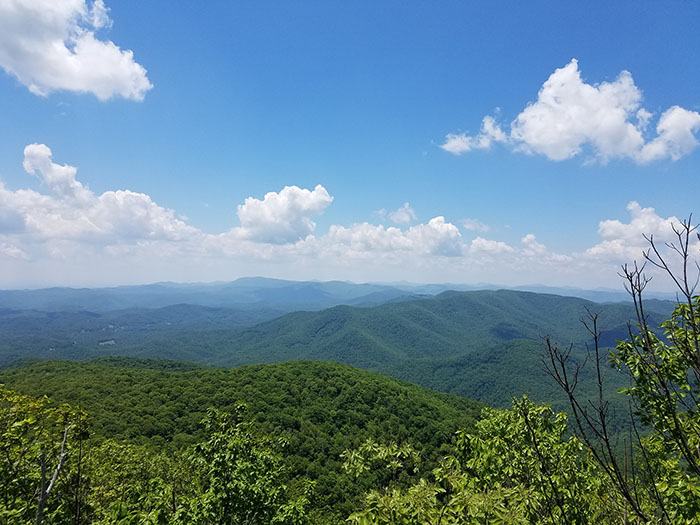 Ready to go? Then hit the trail. It can be intimidating your first time, but there’s nothing like waking up in a warm sleeping bag, ready to start your day with a hot cup of coffee, endless mountain views and a few more miles.

Confessions of a Charlotte nonprofit professional