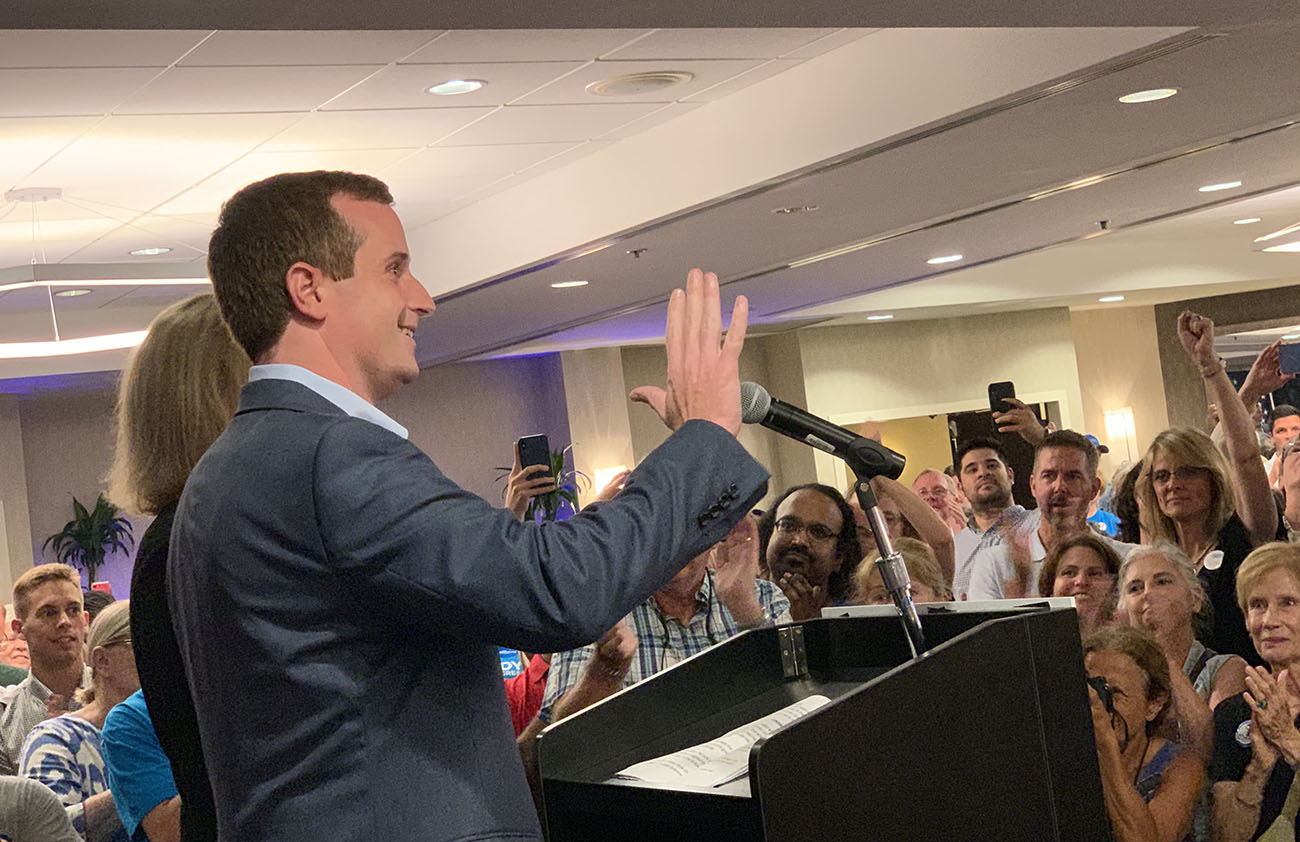 Dan Bishop took the stage at his victory party Tuesday night surrounded by pyrotechnics, then held out his phone so the President could talk to the crowd on speaker.

Bishop was celebrating a narrow 51-49 victory that had Trump tweeting and pundits around the country wondering what it meant for 2020.

Dan McCready, meanwhile, in his concession speech, told his supporters he planned to sleep in today and take his four children out for ice cream.

“I am going to Washington with clear eyes and a steel spine,” Bishop said in Monroe.

“We may not have won this campaign, but that does not mean we were wrong,” McCready said in SouthPark.

When you strip away the fraud and hearings and indictments, the 27-month campaign for McCready and the unexpected opportunity for Bishop, the North Carolina 9th is just another long stretch of land along a divided U.S. highway.

The election(s) that have taken place over the past two years in this district, which travels 150 miles of U.S. Highway 74 from Charlotte to Bladen County, have resulted in plenty of clashes: rural vs. urban, hot-blooded attacks vs. even-tempered responses, Dans vs. Dans.

Tuesday’s results, though, offered a clear picture of the growing political chasm between Mecklenburg County and the rest of this region of the state.

McCready, the Marine Corps veteran who stuck to his messages on health care and “Country Over Party,” dominated in Mecklenburg County, winning 44 of 50 precincts here. 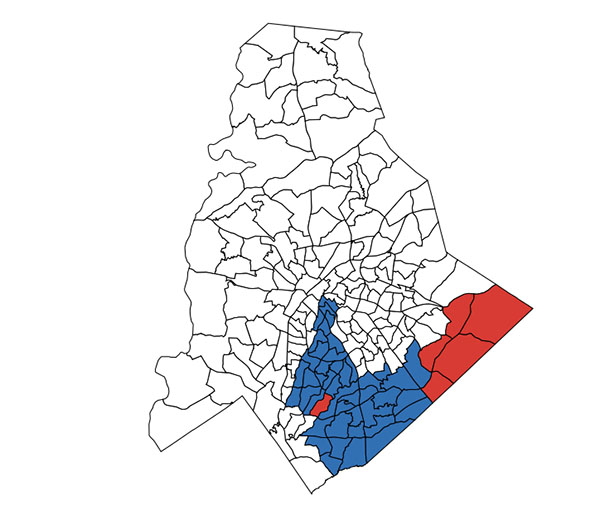 Dan McCready won 44 of 50 precincts in Mecklenburg County. (N.C. State Board of Elections)

Bishop, a sharp-tongued lawyer and state senator who ran on a promise to defend president Trump, met or exceeded expectations in the rural counties east of Charlotte, taking 43 of 52 precincts in Union County. 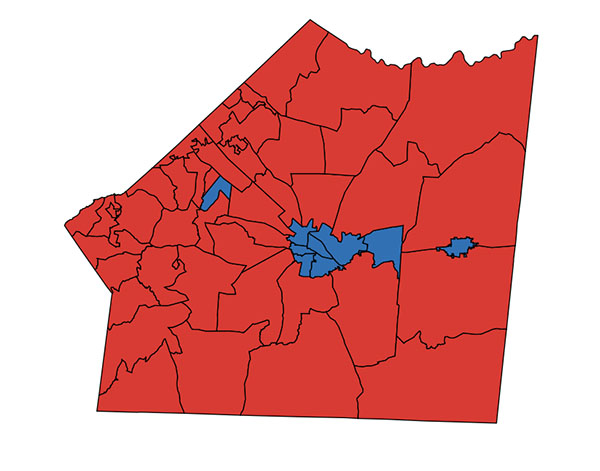 Regardless, Tuesday’s inarguable results — Bishop won by 3,937 votes out of 189,363 cast — brought an end to the long and convoluted saga in North Carolina’s 9th District. Last November, Republican Mark Harris apparently defeated McCready by 905 votes. But around Thanksgiving, the state board of elections announced it would not certify the results because of possible irregularities. An election fraud scandal ensued, its focus a ballot-collection scheme in Bladen County, and Harris eventually called for a new election.

Bishop emerged to win a 10-person primary in May, and, emboldened by support from Trump, set his sights on McCready over the summer, right up to the last hours.

“One problem we have is too many politicians shape shift and mold themselves to what they think people want to hear,” Bishop said outside of Elizabeth Lane Elementary School in Matthews on Tuesday afternoon, a couple of hours before the polls closed. “I don’t do that, and I think voters are better served that way.” 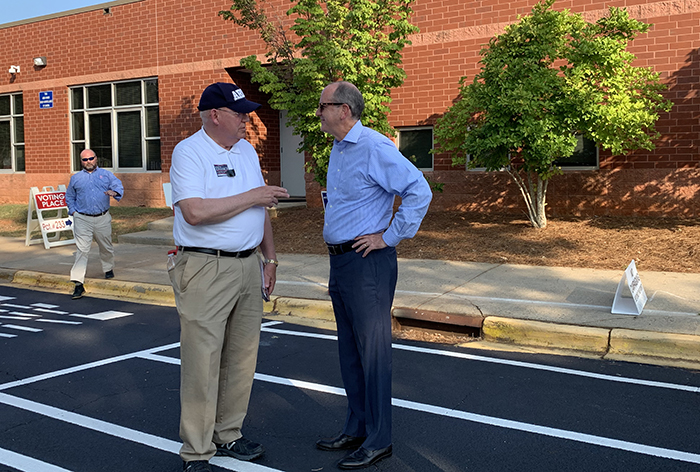 At-large: The 9th District helped cause a spike in turnout for the off-year city council primaries. More than 21 percent of the county’s eligible voters cast a ballot — compared to 8 percent in the 2017 cycle.

In Charlotte’s competitive at-large race, all four incumbents moved on. Braxton Winston was the top vote-getter by far, pulling in 44,848 votes. The second place finisher, James (Smuggie) Mitchell, had 39,333. Dimple Ajmera came in third, and Julie Eiselt, who had the most votes in 2017, finished fourth. LaWana Mayfield, a Democrat who currently represents District 3, was 2,500 votes behind Eiselt in fifth, meaning she won’t be on council for the first time in nearly a decade.

Jorge Millares, a businessman and son of Cuban immigrants who had strong support among Latino voters, finished sixth; and Chad Stachowicz, who ran unsuccessfully in 2018 for N.C. Senate against Dan Bishop, was seventh.

Mitchell, who was first elected to council 1999 as a District 2 representative, said he is humbled by the support.

“Team Mitchell will rest for the next two weeks, and then get prepared for the general election,” Mitchell said in a statement sent to the Agenda.

The lone GOP challenger the four incumbents face in November is Joshua Richardson.

Charlotte mayor: As expected, incumbent Vi Lyles rolled to victory over her four Democratic challengers, earning nearly 87 percent of the vote. She’ll likely win the general election with ease, too; the only Republican candidate for mayor is David Michael Rice, who doesn’t have the support of the county Republican Party. 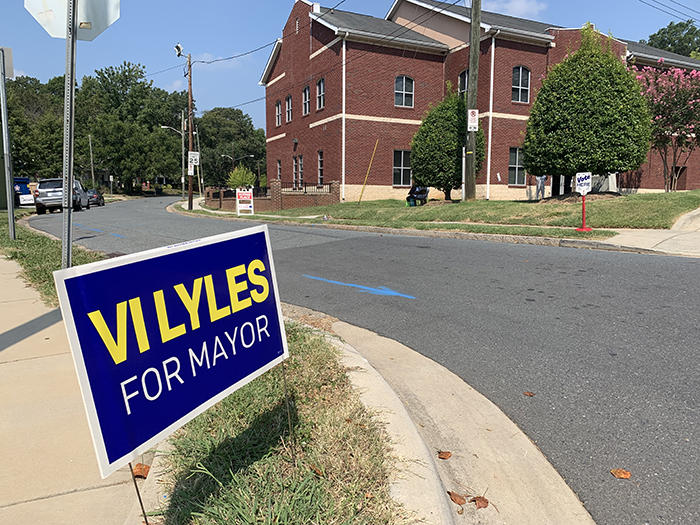 District races: Charlotte City Council will have at least three new faces, perhaps more, depending on what happens in November.

Interestingly, every council member who voted in favor of hosting the Republican National Convention in July 2018 won in their first elections since the vote: Mitchell, Eiselt, Egleston, and Driggs. 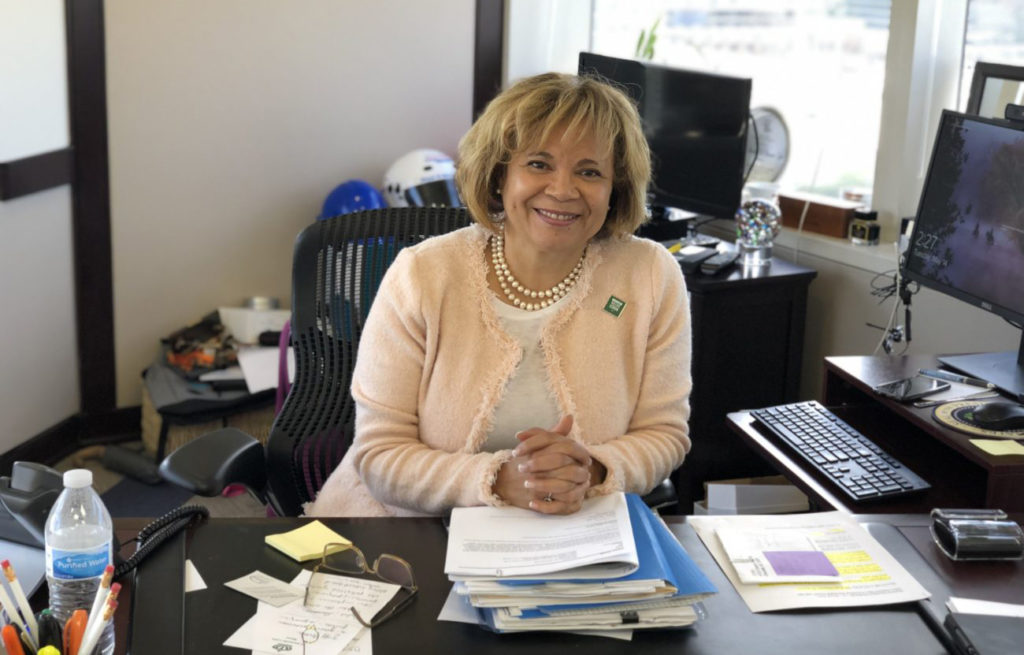 How I Work: 19 quick questions with Mayor Vi Lyles