In response to: Charlotte is (finally) moving ahead with work on a pedestrian bridge connecting South End with Uptown

“Such a waste of money catering to a few bike riders when there are much bigger issues right now. The Hawthorne bridge has been out for three years inconveniencing thousands every day.” – J

In response to: Beloved Cotswold shop Toys & Co. has put itself up for sale

“I love the store, but I can’t imagine a worse business model. Pay enormous rent to have people come in for 30 minutes to one hour and not pay a dime. Parents will pay up for a breather/experience. Start daily camps where you teach kids arts, science and how to build. Rent out for birthday parties during non-peak Times. Have candy shelves instead of stuffed animals. Rent out bounce houses.” – H

“After traveling to a few different places, I can say dating in Charlotte might be the worst in America. Never seen a city where men and women are insistent on implementing height requirements just to MEET for God’s sake as if dating is a 30-second amusement park ride. It’s out of control here compared to other cities.” – A

“If you guys would start setting those of us in our 30s up on these dates instead of these young 20-somethings, then I think that your blind date series would have many more success stories.” – C

In response to: I’m tired of being judged for being flexitarian

“How about everyone just eats whatever they want to eat and we all mind our own business.” – R

“Stop labeling your eating habits and then no one has to perceive or judge those habits. You aren’t being judged for your poop habits because you don’t label what kind of pooper you are.” – B

“I learned about this in 3rd grade. We called it omnivore.” – R

“A flexitarian is the same person who melts when a drop of water hits them.” – C

“I love you Dion, but looking at the first picture of five cauliflowers and four skinny stems of asparagus, no wonder you weren’t satisfied! What is this a school for ANTS!” – D

“Flexitarian isn’t a thing. You’re either an omnivore or not. Vegetarian or not. The gray area that you’re trying to define is just omnivore. You don’t want to assign identity to vegetarian, but you do want to be called a flexitarian? Pick a lane. And yeah, it’s kinda tough to be a single vegetarian. I’d know.” – J

“‘Dude, I can’t believe you’re a flexitarian,’ said no one ever. Dion should have kept this one in his diary.” – M

“Agreed, Dion. I’m a flexitarian as well, but didn’t know it was called that and I’ve changed my eating for 3 or 4 years now. I always agreed with the ethical side for a long time, but really decided to reduce meat consumption since I got the ‘border high’ cholesterol report. I started out with two vegetarian days, but now I’m probably eating meat 2 to 3 times a week. I’m rooting for the Impossible Burger and Beyond Meat companies to really make an impact because ethical and tastes good is a win win. After all, eating a good burger or steak is great, but just don’t need to do it all the time.” – S

In response to: How I Work: 20 quick questions with Andy Wilkerson, Vice President of Blackhawk Hardware

“My dad owned a few rental stores and subscribed to the same theory about being at the front of the phone book. That must have been a thing ‘back then.’ Reading this brought back some happy memories. It doesn’t surprise me that most customers are women. I go there because when I walk in with a ‘help me/please save me’ look on my face, there is always someone helpful to ask.” – H

“Admittedly, I went in to this article asking, ‘why, just why?’ After reading it, I am actually, impressed with this young lady. She seems to be a very savvy marketer with a supportive (and appropriately protective) Mother. It is good to see anyone, much less an 8yo, so focused on reaching out to touch others. I hope she continues to use her powers for good.” – A

In response to: Papi Queso plans to open in mid-September at Optimist Hall — expect mozzarella sticks

“This is the moment I’ve been preparing for my entire life.” – L

In response to: A new chapter begins for Mr. K’s as longtime owner passes away

“My fondest memories as a child were visits to Mr. K’ s for burgers and ice cream. My father took us often. When I became a father, it warmed my heart to take my daughter there regularly. Mr Ks takes us back to a time in America, when family owned restaurants not only served great food and provided great service. They also took the time to get to know you and your family. The Karres family not only appreciated our business, but were always genuine people who cared about us and our family. May Pam rest in peace. May God bless the entire family.” – N

In response to: North Carolina could close its ABC stores and privatize liquor sales, but Mecklenburg County isn’t on board

“Flashback to the days I lived in a ‘dry’ town and my father had to drive to the ABC store across the city limits to buy. Children had to wait in car as no one under 18 permitted inside. Oh and it was brown bagging only in restaurants so adults brought their liquor in, what they didn’t consume on site was put back in brown bag and driven home with them. So much for MADD. I also recall when no beer was sold on Sunday in Wake County so we would pile in a car at NCSU and drive to Ham’s in Greensboro where you stayed in the car and they brought your beer and burgers to the car and then we would get back on I-85 and drive back to school. How are any of us still alive?” – A

“Thank you Pat Cotham and Ella Scarborough, for voting against the resolution by the Mecklenburg County Commissioners. You have my vote next time around. The rest of the bunch needs to be voted OUT!” – K

“I have no problem with the ABC Stores and appreciate the revenue they bring to the state. I just need happy hour and bottomless mimosas.” – A

“The lack of intelligence displayed by the Mecklenburg County Commission is embarrassing.” – D

“The county doesn’t want to give up its monopoly? Shocking.” – C

“Someone tell the county commissioners to get their head out of their a**es and look at the whole situation from a wider point of view. Their knee jerk fear mongering of ‘liquor stores on every corner’ is ridiculous. They do realize that every gas station sells beer, malt liquor and wine right? The grocery stores are doing that already too. There is no empirical evidence that can lead you to believe privatizing of liquor stores would increase consumption.”- Y

In response to: Amelie’s is moving into a ‘newer, fresher, better’ space in NoDa, a mile from its flagship bakery

“That 36th street corridor is getting ready to boom.” – P

“Great design and feel in the original shop. I always think of “beetle juice” when I go there for some funky reason.” – J

In response to: Inside The Portal, an “Instagram museum” featuring themed rooms designed by local artists

“An instagram museum? We need a new plague.” – T

“Is he single? It must be odd trying to date when you have a tiny house. But maybe it shows financial smarts which helps in the dating scene (?). Either way, I’m curious on his love life, haha.” – W

“So a reasonable home probably doubled in value depending on the neighborhood in Charlotte. Add that to the principle paid down over that timeframe and potential tax benefits it is pretty clear the better benefit would’ve have been buying a home.” – J

In response to: 36 best apartments in Charlotte, sorted by hot neighborhoods

“The Abbey is on here. My daughter and her husband lived there until they bought a house and they loved it. The people in the office are so friendly and helpful. That’s even more important to me than all the wonderful amenities they have.” – B

In response to: Bradham at New Bern Station now open — it has a lounge where you can wait on the light rail

In response to: The 16 largest Charlotte churches, by membership and attendance

“Friendly reminder that largest church does not mean the best fit for everyone. It doesn’t mean the best worship, most community involvement, or most inclusive. In fact many of the churches (not all!) on this list are not inclusive of the LGBT community and many don’t ordain women. As a female pastor myself, I would encourage people when looking for a church to not look for the one with the most attendees but rather a church that meets your spiritual needs.” – G

“We are a city of great diversity with many different Religious Denominations. Did you know that Temple Beth El has a membership of over 1100 families? It is a large congregation, the largest Jewish Reform Congregation between here and Atlanta.” – V

In response to: What’s up with the cell phone dead zone along South End’s Camden Road corridor?

“I though I was the only one. I work on the corner of Camden and West Blvd. and it sucks.” – W

“Had that issue in Central Coffee in SouthEnd and my AT&T service said I was on 5G, had to walk up and down the sidewalk to take my call, but inside no luck with a call or loading apps or web browsers.” – B

“Finally! This has been a continued problem along this corridor.” – C 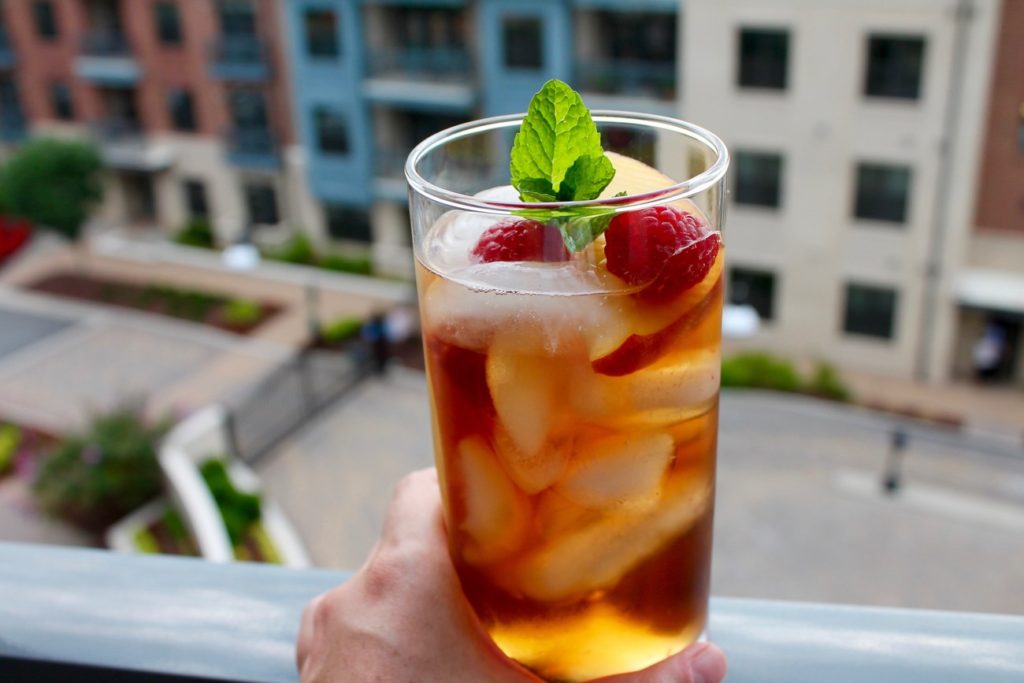 12 things we love about summers in the South