I love a good media battle, and the one between two of Charlotte’s prominent hip-hop radio stations is getting intense.

In one corner, the challenger, 92.7 The Block, which recently came on the scene with a viral campaign. They played nothing but Drake for an entire weekend. In the other corner, the undisputed heavyweight champion of the Queen City, Power 98. They’re everywhere, and No Limit Larry’s social media game is incredible.

I listen to both stations, and if you pay attention to the station promos, you’ll hear them sniping at each other. The Block had spots where they said Power has “too much talk,” is “your parents’ hip-hop station” and doesn’t follow people back on Instagram. Power 98 came back with a joke about how they were going to play the same artist again … but then said that would be silly. Can’t wait to see how this plays out.

Today’s Weather: 81. Sunshine again. No rain.
Today’s Stat: 16.1% Energy use reduction over the last four years in uptown Charlotte buildings, part of the Envision Charlotte program. The White House now is using it as a model for 10 more cities around the U.S.
Today’s Job: Digital Marketing Manager at Hendrick Automotive. Apply.
Today’s Charlottean: Charlotte Pak, a Butler High student who won a statewide award from College Board for passing the most Advanced Placement exams and having the highest average score across all of them.

Now Open: Everything you need to know about Duck Donuts in Dilworth (18 photos) [Williams]
I had my first taste of these yesterday morning and they lived up to the billing. Maple Bacon was my favorite flavor. Ted’s got great pictures of these beauties and pro-tips on how to order wisely.

AvidXChange is now on the map in a big way [Dunn]
I really believe this company is the next huge homegrown player in Charlotte and has the potential to be as transformative here as the big banks were in a different era.

I freaking love WFAE: 7 things to know about Charlotte’s NPR news source [Levans]
Every month, $5 comes out of my bank account and goes to WFAE. Definitely worth it to me. If you’ve forsaken the FM dial, here are some reasons to tune back in.

Chopt preparing for Park Road Shopping Center opening on Friday at 10:30 a.m. [Williams]
People are super excited for this thing to open and as a regular Harris Teeter salad bar customer I’ll definitely be giving it a try. I go heavy on the spinach and chickpeas and always include one hard-boiled egg. Are those options at Chopt?

Walgreens is coming to 3rd Street. Will a restaurant move in next door? [Dunn]
We found out what’s going on with that building close to the Bojangles’. The Walgreens is a definite, but the outdoor fireplace means there has to be something food-related coming, too.

Success in America: A narrative of a black man hungry for a better community [Grier]
Maurice shares his perspective from growing up in west Charlotte and ends with a plea for us all to work together as a community.

The final steps to buying a home in Charlotte: The due diligence period [Piscitelli]
This is a super important process and first-time homebuyers would be wise to heed this advice. Also be super sure to trail around the home inspector as he looks at your future house and ask him to narrate what he sees. These people know a ton and can give you tips you’ll need after you move in.

City Smart: Charlottean on the ‘Politico 50’ list to an increase in turnout for early voting [WTF We Vote]
Today is primary election day, and you have no excuse to not vote. This is your final reminder. Go get that sticker!

Bank of America vote “could go either way” [WSJ]. This is the one where the Charlotte bank’s CEO, Brian Moynihan, faces a vote on whether he should be able to hold the chairman and CEO roles at the same time. They’ve been split since the financial crisis.

Charlotte high schoolers post an odd drop in SAT scores [Helms/Observer]. There’s always been some fluctuation, but this year’s data puts our city’s seniors well behind the state and national averages.

Charlotte’s Famous Toastery wants to expand to South Florida [Reiser/South Florida Business Journal]. The chain that started in Huntersville is in serious expansion mode right now. They want as many as 25 locations in Florida with the first one there by the middle of next year.

I’m going to hit send on this newsletter and then hit my polling place to vote. Get after it. 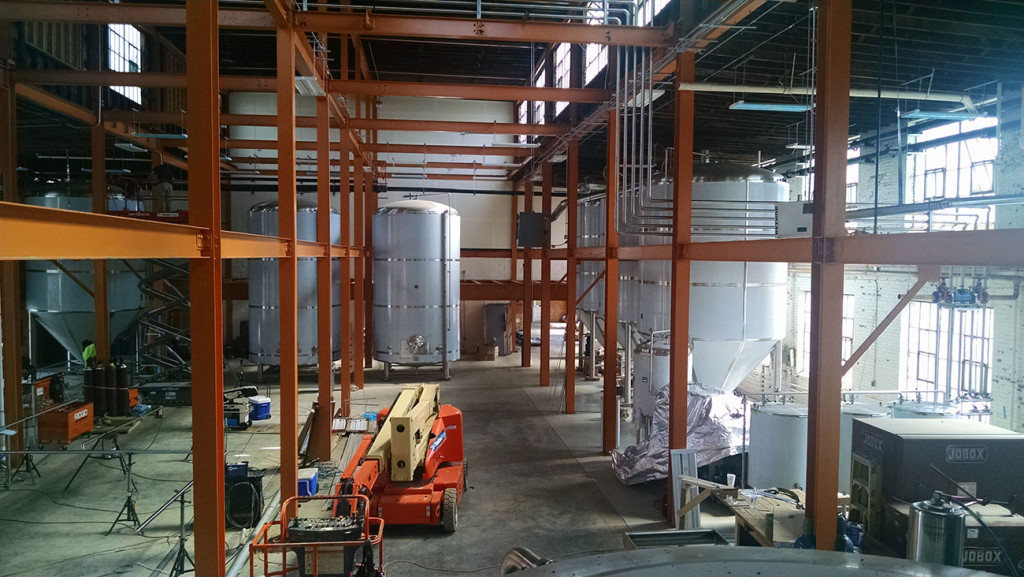