“When can we get Owens again though? – E

“Does anyone else feel like South End, NoDa, and Plaza are morphing into the same exact neighborhood? Instead of having individual vibes and new places of interest, we are just opening up the same restaurants and bars! Jeni’s Ice Cream, Snooze, Sabor, Wooden Robot, Legion Brewing… These neighborhoods use to be unique and gave people a purpose to visit/live there. The best thing about larger cities like NYC, Boston, Chi, LA, or ATL is that each “borough” has a unique identity that draws people to them. While I’m a full supporter of Charlotte growing, we continue to miss the mark which highlights our identity crisis. Our neighborhoods are starting to resemble the male wardrobe walking around uptown at noon: boring and unoriginal.” – L

“South End needs less new stuff and about 8 more traffic lanes. New things are ok, but the 8 traffic lanes need to be the next new thing, then parking.” – B

In response to: Transformational five-story mixed-used development coming to Montford next to Angry Ale’s

“Wow! About time they did something with that space, but I didn’t see THIS coming right there!” – H

In response to: The 5 best barbecue spots in Charlotte, right now

“Just tried Noble Smoke a week ago — it is over the top awesome!” – A

“It’s not exactly in Charlotte, but you need to try The Smoke Pit. It’s a hidden gem and it’s the best.” – I

“If it doesn’t have a BBQ sandwich for less than $5 it’s not a real BBQ spot; it’s a fancy restaurant that smokes meat. Also must be named after a person, and must have minimum of one pig decoration that can be seen from the parking lot (extra points if the pig is dressed as a human).” – M

“I gotta say, I’ve been disappointed in the barbecue here. I’m from Georgia and maybe it’s just that, but I’m having a hard time finding barbecue as good here as I’m used to from Georgia. Don’t taste enough smoke, too much sauce, or it’s burnt. Most of it seems kind of fast-foodsy.” – D

In response to: Former Penguin owner Brian Rowe reviving his iconic restaurant in a century-old home in Optimist Park

“The fact that he has a day job, needs a GoFundMe, is a veteran, and is bringing back on of my faves in a 100 year old house… shows he is on of the few good things right in this city and we and to donate now!” – A

“Wait, he got a GoFundMe to bring back a restaurant so he can make the $1.4 million that was made in it’s last year… Makes sense to me… Anyone want to pay for me to open a restaurant?” – W

“Pinky’s is 10x better than the Diamond and is the closest thing to the Penguin.” – R

“Wonder if everything will still taste like pickles.” – V

“Woohoo!! They are going to open again. Thank goodness.” – D

“That photo of their team is absolutely amazing. The confidence of the guy to have a media photo without a shirt makes me so, so happy.” – J

In response to: NOVEL Atherton now leasing its first 200 units — you can live above Sephora

“My mortgage for my new build townhome in Belmont (neighborhood not town) is cheaper than this smh that is ridiculous. People need affordable rent if they can’t own.” – K

In response to: Cash Confessional: A week of spending for a couple with 4 kids earning $98,000

“I am skeptical of that $100/month animal number unless the pony and donkeys are entirely pasture fed. Even if everyone is eating the equivalent of Ole Roy it’s still going to be more than $100/month between all those mouths.” – B

“I just want to know if the Guinea pig and the snake live in the same room.” – M

In response to: Governor Roy Cooper signed Senate Bill 290 into law yesterday, which means dogs can be welcomed back inside breweries beginning September 1

“Much rather have dogs inside then people’s annoying kids everywhere.” – R

“I hope dog owners remember that not everyone likes animals. Leashes and control please.” – M

“I love all dogs. But I’m curious as to how this’ll impact the people with dog allergies. “- T

“Finally I don’t have to ask strangers to hold my dog if I’m alone and just want a beer with my pup.” – K

“Much rather have dogs inside than people’s annoying kids everywhere.” – R

“No thank you. Animal hair doesn’t belong around food or drinks… I understand that social aspect of it but am not a fan. Ah, oh well. First world problems I suppose.” – M

In response to: Lower Left Brewing Company is now open in an old mechanic’s shop near Brewers at 4001 Yancey

“Oh come on,  there are WAY too many breweries in Charlotte. Can someone please open a decent night club?” – J

In response to: Million Dollar Listings: 5 Myers Park homes for sale — including a Georgian-style home with spiral staircase for $2.3M

“Spiral staircases are a great space saver until you want to move furniture or you’re injured.” – K

“Another opportunity – to squeeze in a few tiny microspaces between the larger apartments – lost. Charlotte desperately needs to add very small one-room studio apartments to some of these projects.” – K

“This is just across the street from Catawba Brewing. We watched the construction process as they preserved so much of the mill. The results are so cool.” – A

In response to: Charlotteans love dogs — but here’s why I’m a cat person right now

“Hopefully this article will prompt more people to choose cats as pets. Our shelters are already filled with dogs abandoned by irresponsible Brads and Karens who can’t take them to their new overpriced apartments.” – J

In response to: New 70-acre vineyard with 2 bars and 70-foot outdoor patio opening in late August just 30 miles from Charlotte

“Wine flights, charcuterie and that view? Ahhh, yes please. Just wondering how much my Lyft will be out there…” – J

“This is a smart investment. Not sure how the actual wine will taste (?), but also not sure it matters if the venue is as nice as the renderings look. Charlotte has money and wants to spend it on unique day trip experiences.” – A

“$35,000 in just 24 hours selling doughnuts and milkshakes is super impressive. Good for Krispy Kreme and this makes me even more excited for their South End tasting room or whatever it’ll be.” – W

In response to: Living in a transplant city is hard because people keep leaving

“Charlotte attracts a lot of young people, because you can get entry level jobs right out of college. Problem is, those jobs either don’t pay well (teachers) or it’s a volatile industry (banking). They end up moving to get better pay or better opportunity.” – M

“Well somehow the size of Charlotte has doubled or more in the last 30 years so clearly a whole lotta people are staying.” – R

In response to: Go inside Morphe, now open in SouthPark mall

“Okay, great. Can we get a ZARA though? I still don’t understand why Charlotte doesn’t have one already.” – A

In response to: Quick details on The Bohemian, a relaxed wine bar opening in Plaza Midwood within the next few weeks

“I’m going in with my bongos, dark shades, special tea and a copy of On The Road.” – T

“I took my kid last week to the inflatable part of the park. She loved it.” – D

“It would be nice if they had an option for a ski course too.” – R 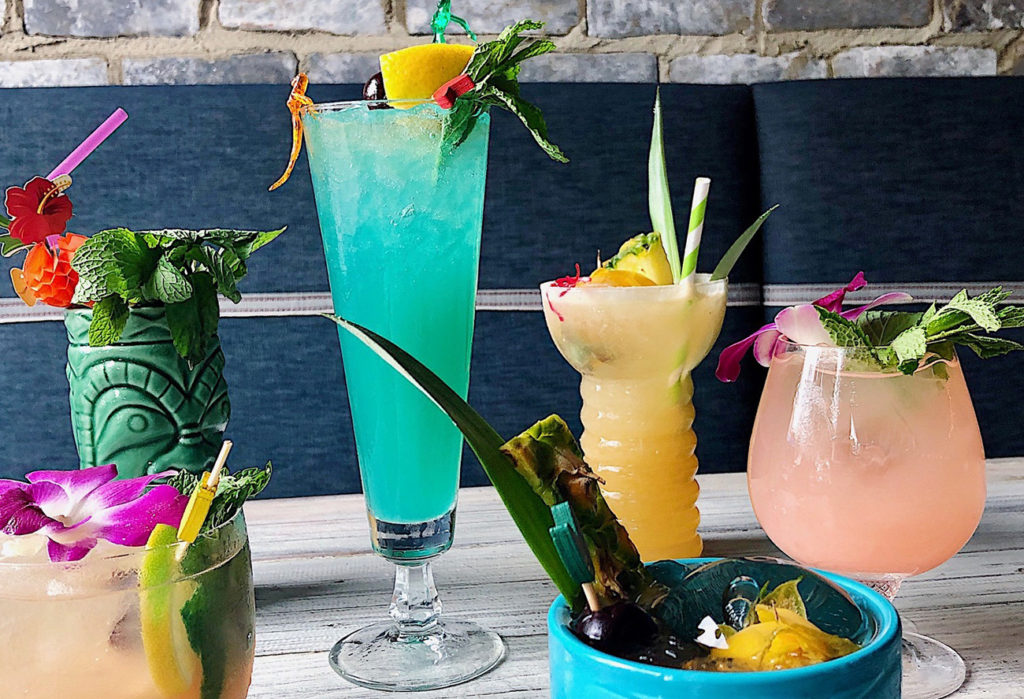 Agenda Weekender: 32 things to do in Charlotte this weekend — including LoSo Block Party