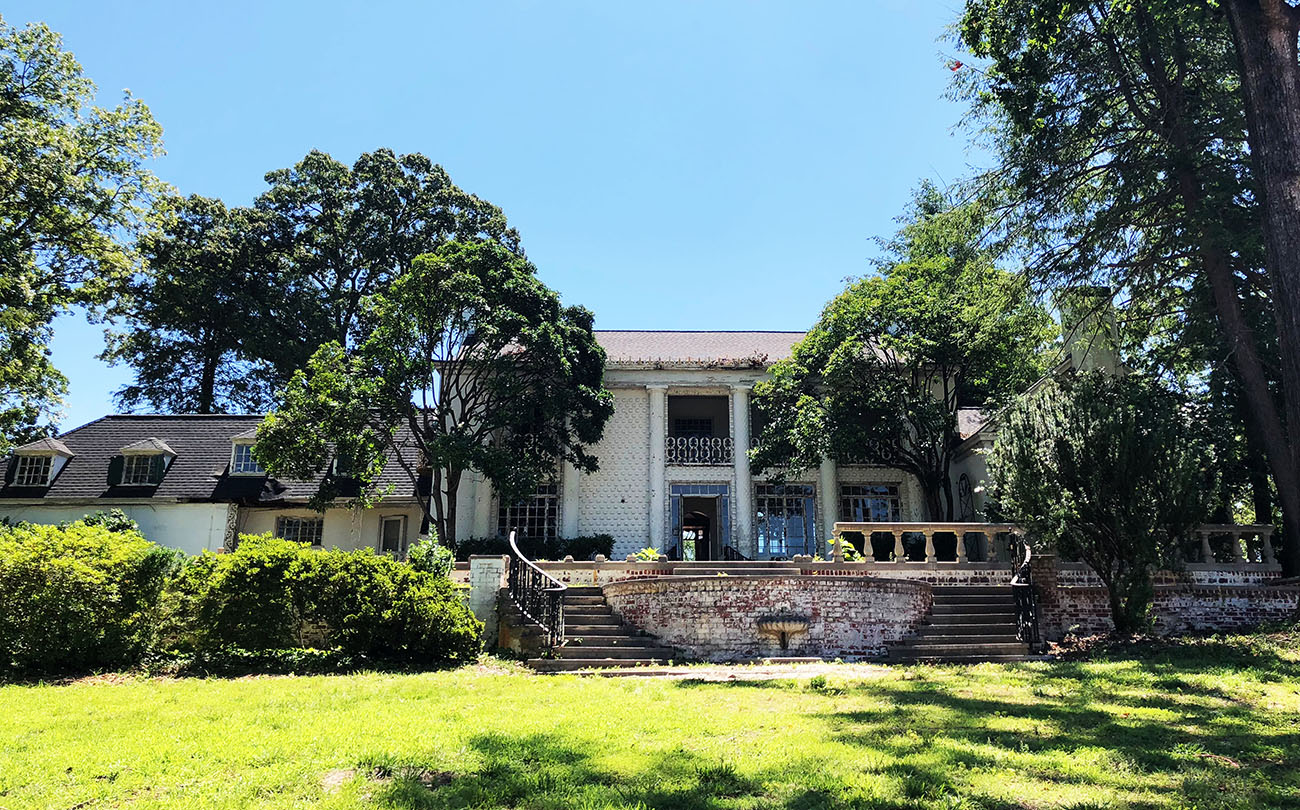 Grandfather Homes President Matt Ewers is restoring and moving into the Barnhardt-Cramer House, the centerpiece of the new Cramer’s Pond development.

Grandfather homes is building 15 of the 37 homes planned for Cramer’s Pond, and Matt and his family will be moving into the 80-year-old homestead in the neighborhood once it’s restored.

“The eclectic design of the Barnhardt-Cramer House lends well to the progressive design of our surrounding smaller homes,” Matt says. “They complement it in a way that provides architectural homage and harmony. With this restoration, we’ll continue paying tribute to the aesthetic and cultural history of the 1930s.”

The house: The Barnhardt-Cramer House was built by architect Martin E. Boyer, Jr. for Charles and Edna Barnhardt, a wealthy family in the textile industry. Charles drowned before the house was complete, and Edna never moved in. George and Elizabeth Cramer — also wealthy textile tycoons — moved in in 1948. Members of the Cramer family lived there until 2016; few architectural changes were made during that time.

Design: The 6,500-square-foot colonial revival was built sort of like a textile mill, Matt explained. Underneath the exterior veneer, there are 18-inch thick concrete walls and the floor is made of concrete, too. The house also has flamboyant flare and romantic touches, noticeable through pink and green tiles, a beautifully curved staircase and other finishes. Matt wants to revive as much of that as possible.

New kitchen: Matt plans to make three big changes, including a two-story addition with a flat roofline that won’t be noticeable from the front.

“A house built in the 30s for a wealthy family back in that day, they had two servants — a maid and groundskeeper. With that being said, the working areas were very small.  We want to open it up and add a big kitchen that opens to the breakfast room. It’ll be a two-story addition off the rear with some progressive elements.”

Matt said the current kitchen will be transformed into a scullery, and the new kitchen will have a 20-foot ceiling, the equivalent of two stories, with industrial-looking floor-to-ceiling windows.

Other changes: Matt said they’re restoring the master bedroom back to the original but totally remodeling the master bath. Currently, the master suite has two narrow his-and-her bathrooms, but the plan is to have one large open oasis. They’ll also restore the living room, dining room, foyer, bedrooms and bathrooms. “You’ll feel like ‘Wow, this is an 80-year-old home, but it feels crisp new.'” 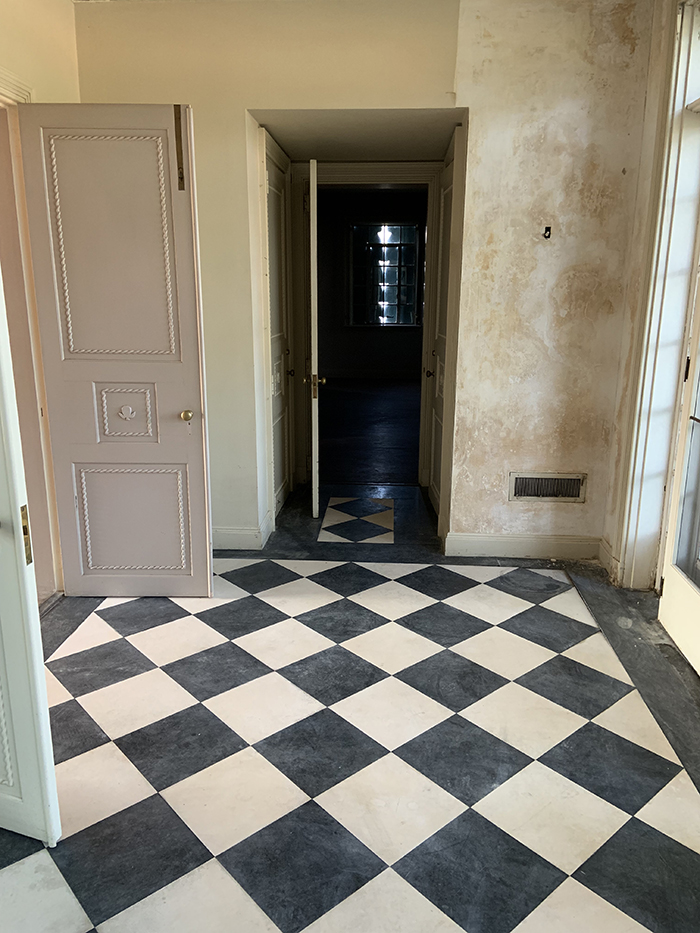 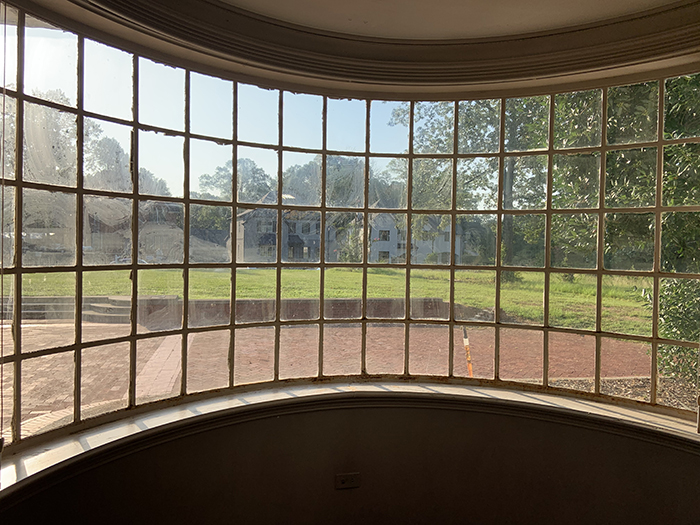 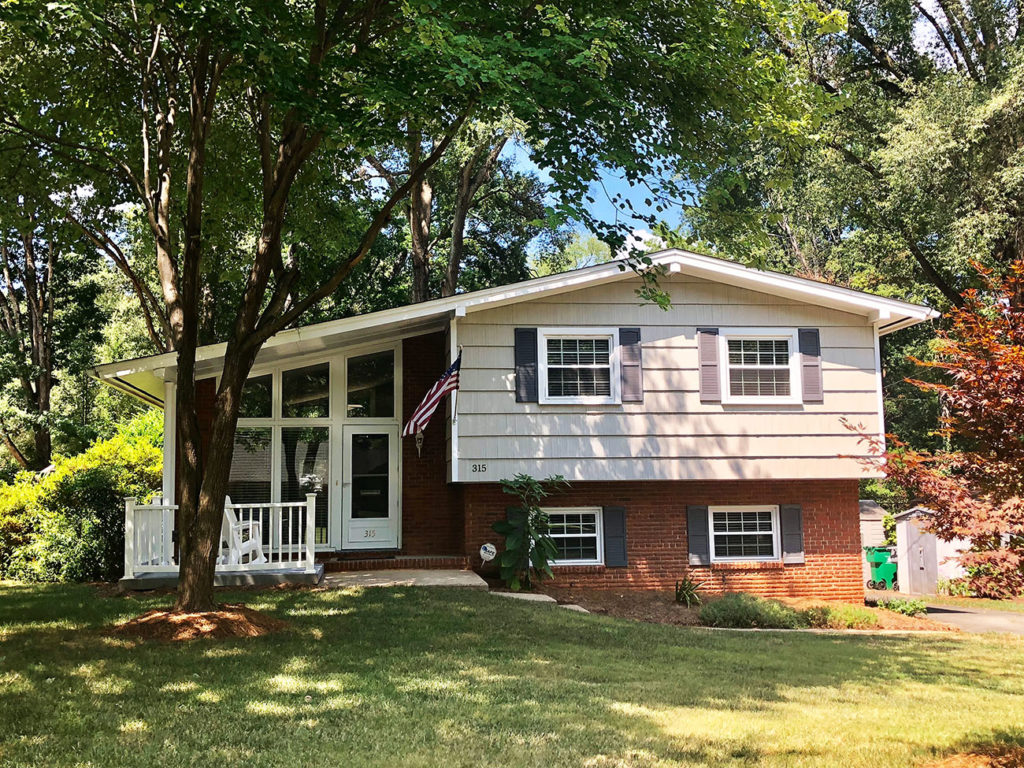